A. Lange & Söhne announced a Lange 1815 special edition. Reason for this is their very first A. Lange & Söhne Boutique was inaugurated in Dresden ten years ago. For this reason a limited edition of the 1815 commemorates the occasion. The special facet of this anniversary model is the hinged cuvette with an engraving of the Dresden Frauenkirche. There will be ten watches available in white gold and pink gold each. 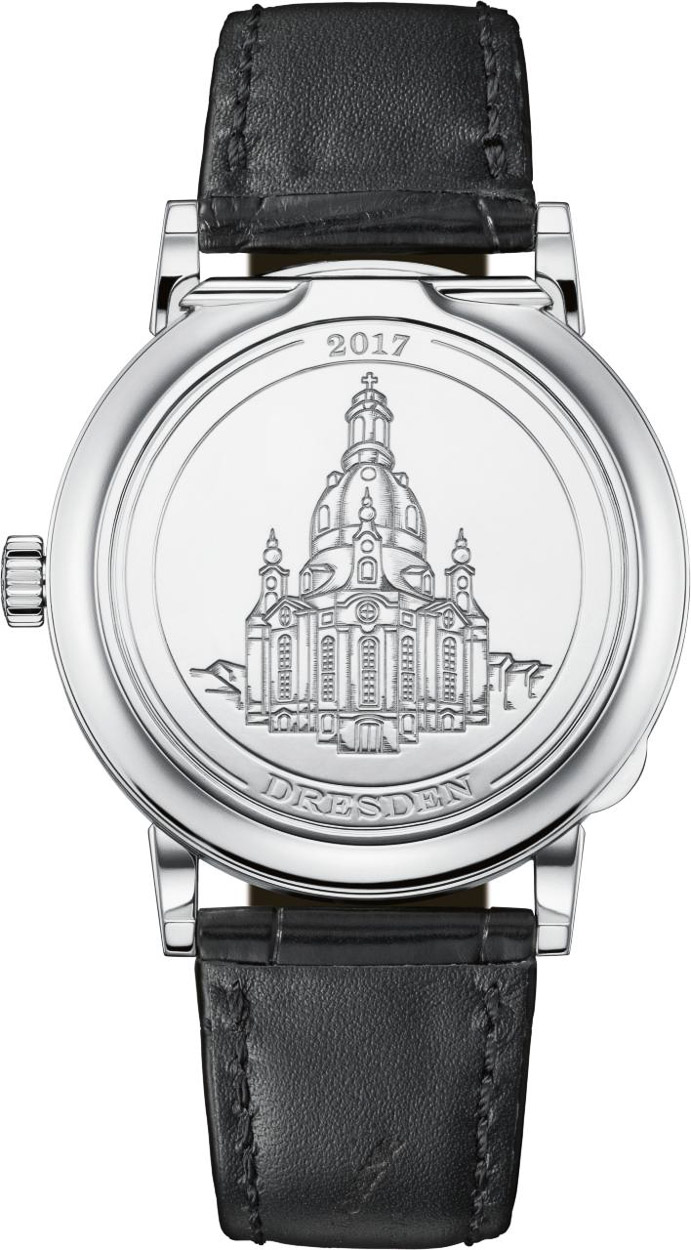 Lange opened its first point of sale in September 2007, directly adjacent to the Dresden Frauenkirche, a landmark of the baroque city which was restored between 1994 and 2005. It expresses a strong commitment to the roots of Saxon precision watchmaking. This is where Ferdinand Adolph Lange worked as a watchmaker before he moved to Glashütte in 1845 with the intention of crafting the world’s finest timepieces in his newly established manufactory. Additionally, the inauguration signalled a foray into new international markets. Just a few months later, the doors of the second brand embassy opened in Shanghai. Meanwhile, there are 17 Lange boutiques in the world’s most vibrant cities.

The special model of the 1815 in a 38.5-millimetre white- or pink-gold case also stands for tradition and transition. At first sight, it is a classic 1815 with a well-organised dial, subsidiary seconds, and blued steel hands reminiscent of the design of historic pocket watches. Such associations also come to mind given the numerous artisanal details such as the decorative ribbing of the three-quarter plate made of untreated German silver, the gold chatons secured with thermally blued screws, the classic screw balance and the hand-engraved balance cock with the whiplash spring. 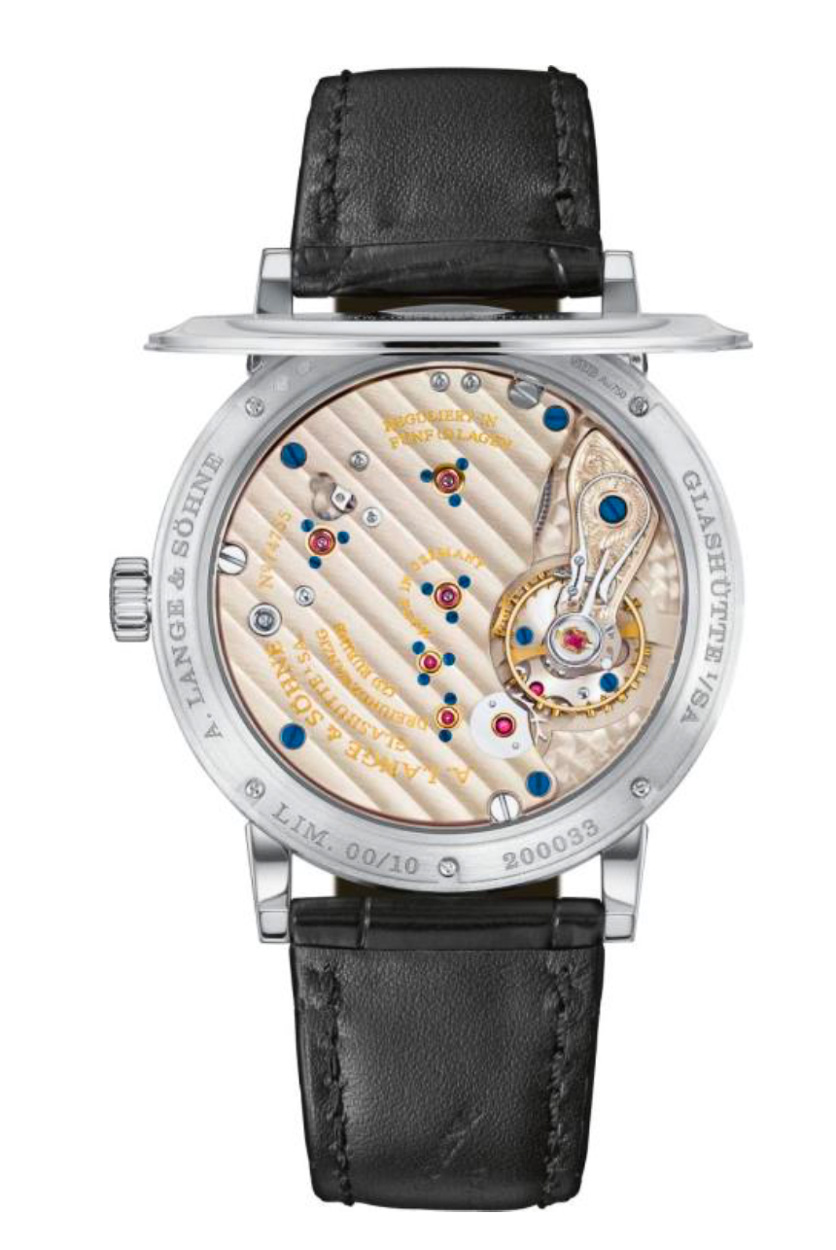 The name of the watch is Ferdinand Adolph Lange’s birth year. It pays tribute to the visionary founder as does the engraved hinged cover in solid gold, another hallmark of historic pocket watches. Originally, the dust cover – referred to as a cuvette – served to protect the movement. In the era of water-resistant sapphire-crystal casebacks that reveal artistically finished movements, it has a new purpose. Like the curtain of a stage, it pleases the eye with a dramatic freehand engraving of the Dresden Frauenkirche. Destroyed in the war and reinaugurated on 30 October 2005, the principal oeuvre of Saxon architect George Bähr now stands for a new beginning as a symbol of peace and reconciliation. This aspect is closely related to the successful new start of A. Lange & Söhne in the 1990s.