In just 3.95 millimetresBvlgari redefines the frontiers of Haute Horlogerie. We already published about it just before Basel and now we are happy to show you the real deal. Hands-on in the metal and boy is this beauty thin! 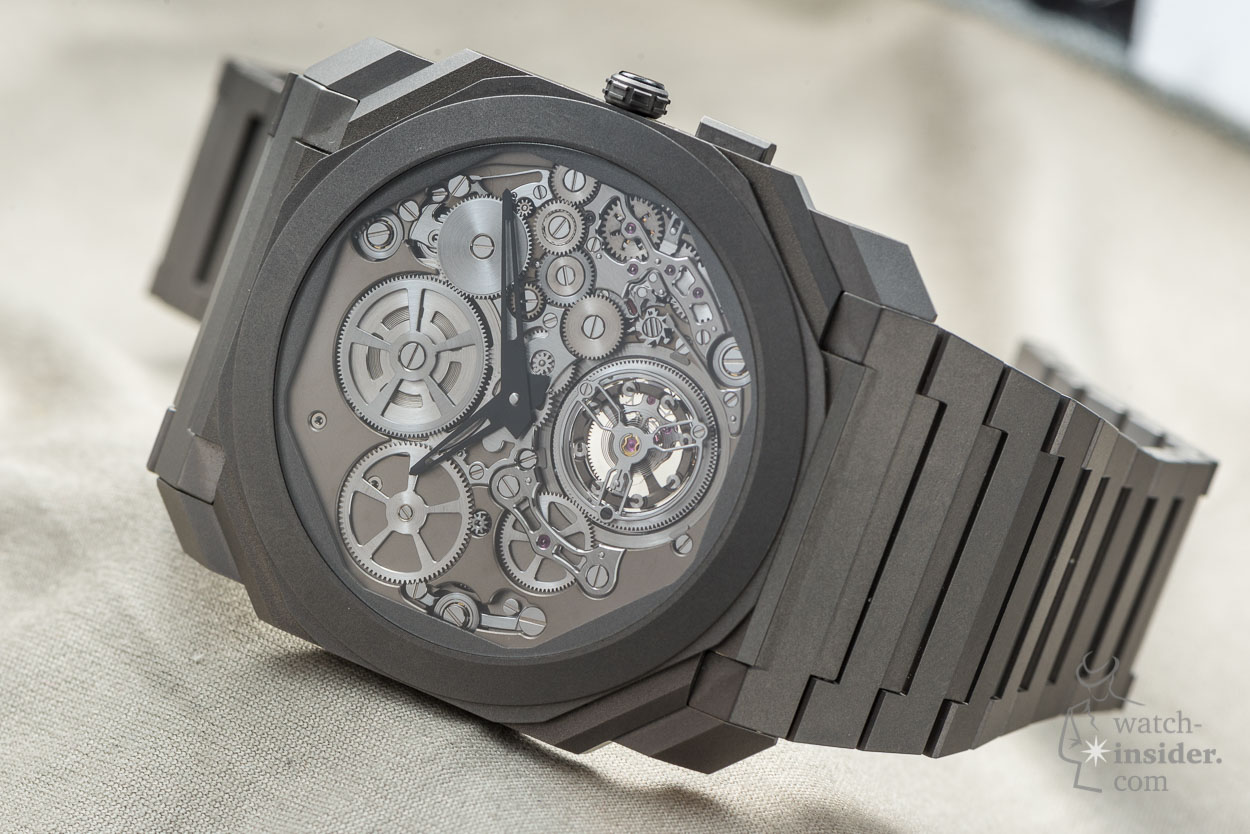 First of all the remarkable shape and design of the Bvlgari Octo line is an interesting one. It keeps getting your attention as it’s different from anything out there. The fine sandblasted finish gives it a distinctive look which goes all the way around. Great to see how the design is continued in the bracelet which is very comfortable for the small links it has. On the closing side it has a hidden double folding clasp with the brand name on it. 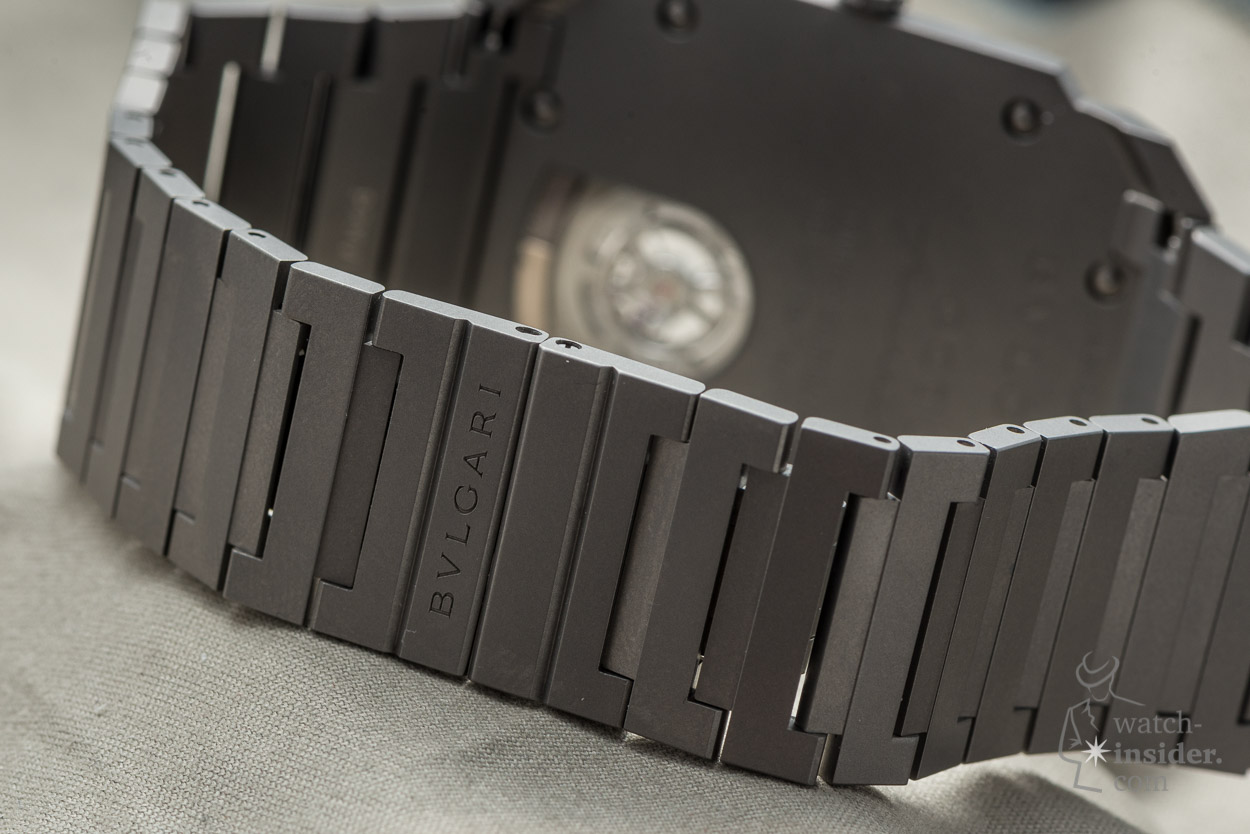 Powered by calibre BVL 288 which measures only 1.95mm in thickness you still get a whopping 52-hour power reserve. Housed in the sandblasted titanium case it reveals it’s beauty on the front side as the entirely openworked skeleton movement has little to hide. On the back of the watch you can see the tourbillon cage through an opening which is a stylised motif adorning the entrance of the boutique on the Via Condotti in Rome. On the lower side of this display you can also see the rotor which is placed on the outter ring of the movement. 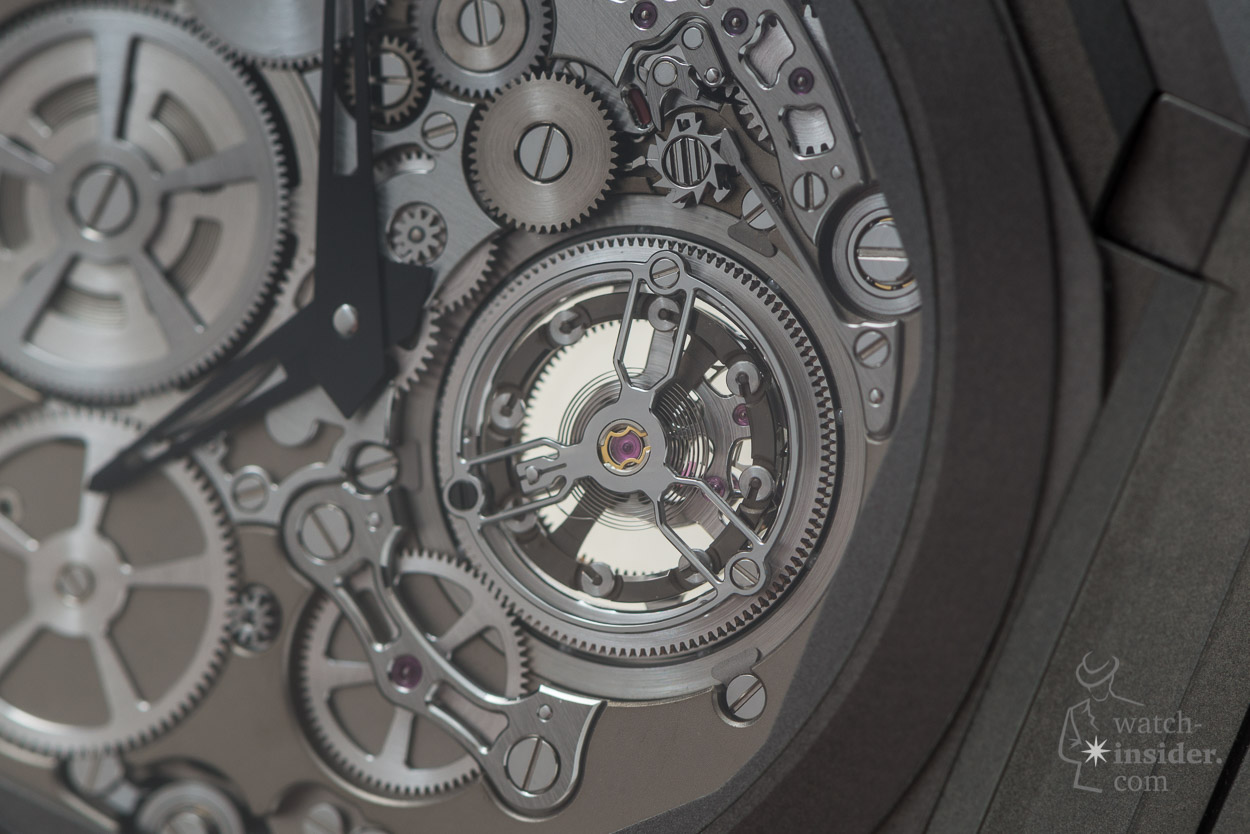 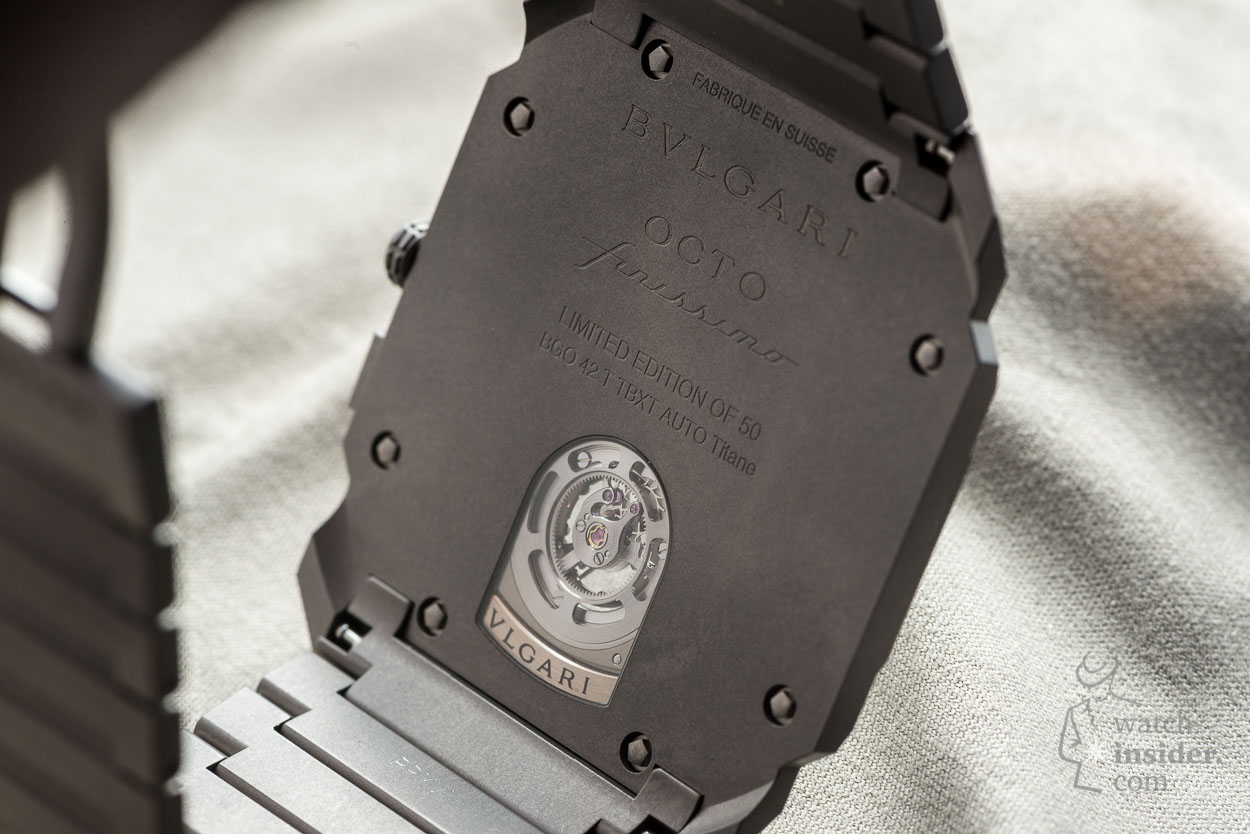 Apart from the fact that this is the thinnest automatic tourbillon it’s also an extremely light watch. With nearly the full watch being made from titanium it’s also featherlight on the wrist. After getting used to it you will hardly notice it’s presence on the wrist. Unlike Piaget who claimed the thinnest (prototype) watch at the SIHH recently this Bvlgari Octo Finissimo Tourbillon automatic will actually be for sale. Yet it will be limited in production as only 50 pieces will be created. They don’t come cheap as you can expect from a tourbillon watch. However the price tag of 125.000 Euro is in the ‘normal’ range for these kind of watches.