We are currently in London with Omega Watches and EON Productions for the launch of a new James Bond inspired timepiece, the Omega Seamaster 300M Commander’s Watch. We’ll update this press release soon with live photos. 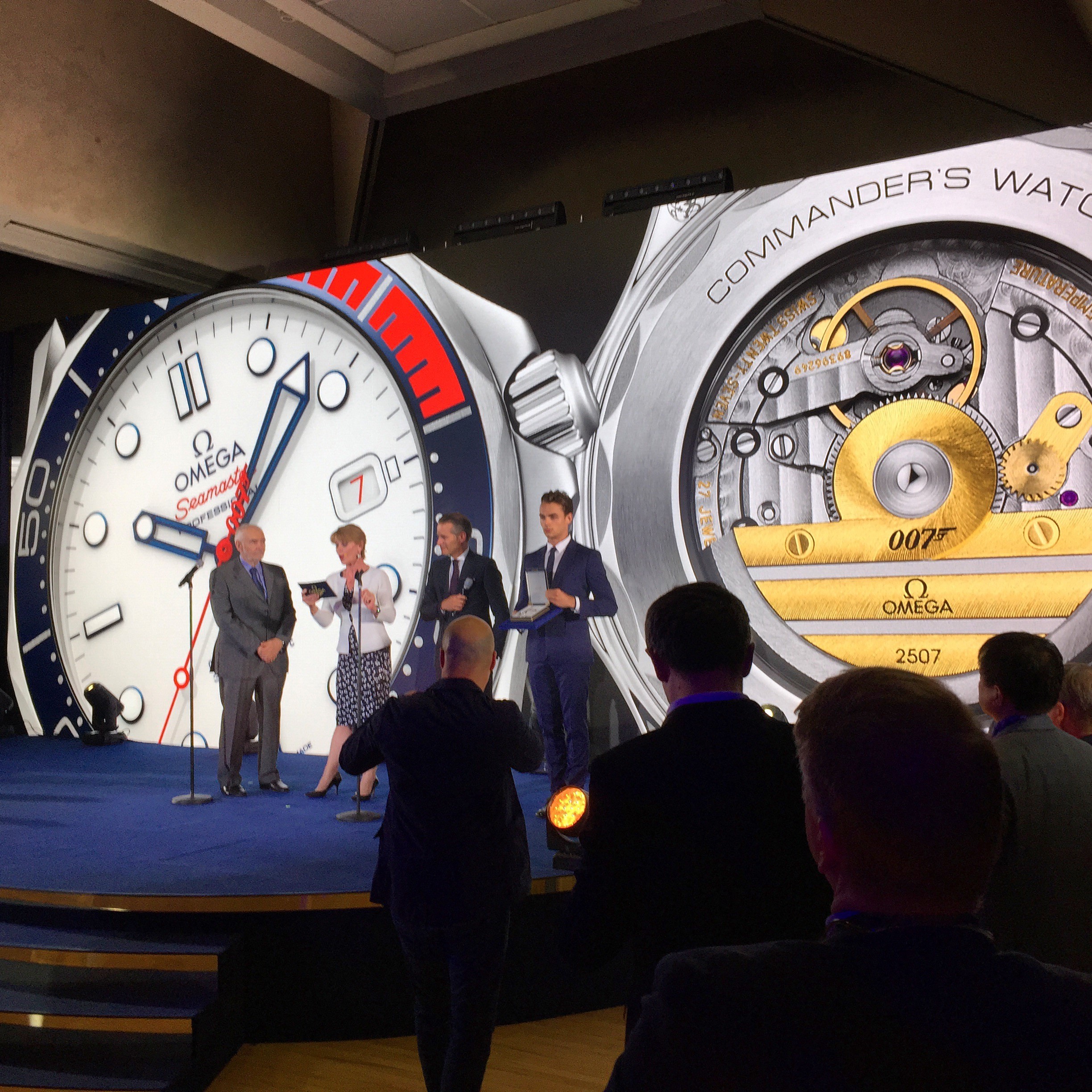 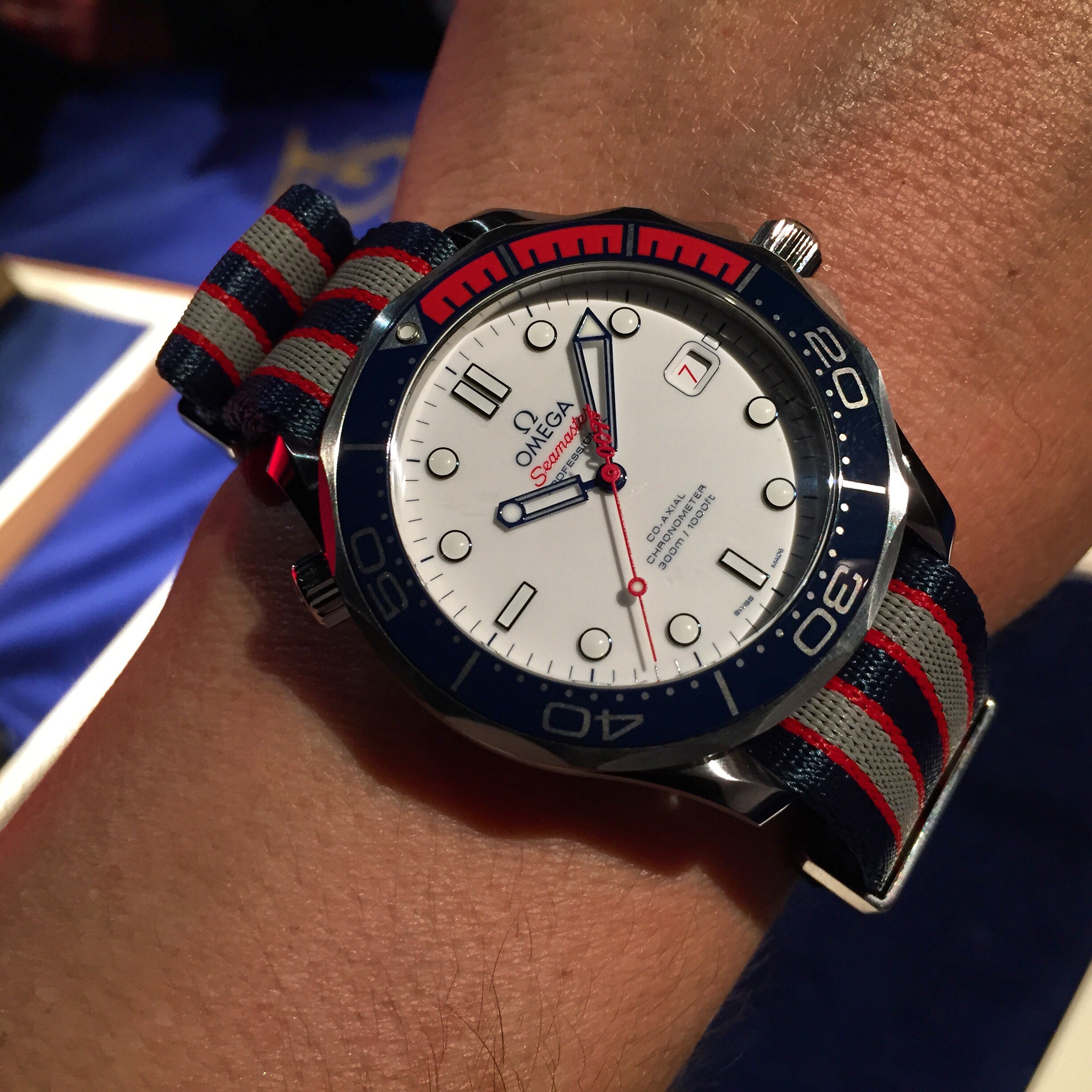 To bring the occasion to life, OMEGA transported guests by boat along the River Thames to arrive at the Tate Britain. The MC for the evening, Samantha Bond, then introduced Raynald Aeschlimann, who spoke to guests about the new watch and said, “James Bond is a character with a lot of depth and intrigue. We were fascinated by his connection to the Royal Navy, which is an organisation that OMEGA also has history with, and we wanted to pay tribute to his rank as Commander.” 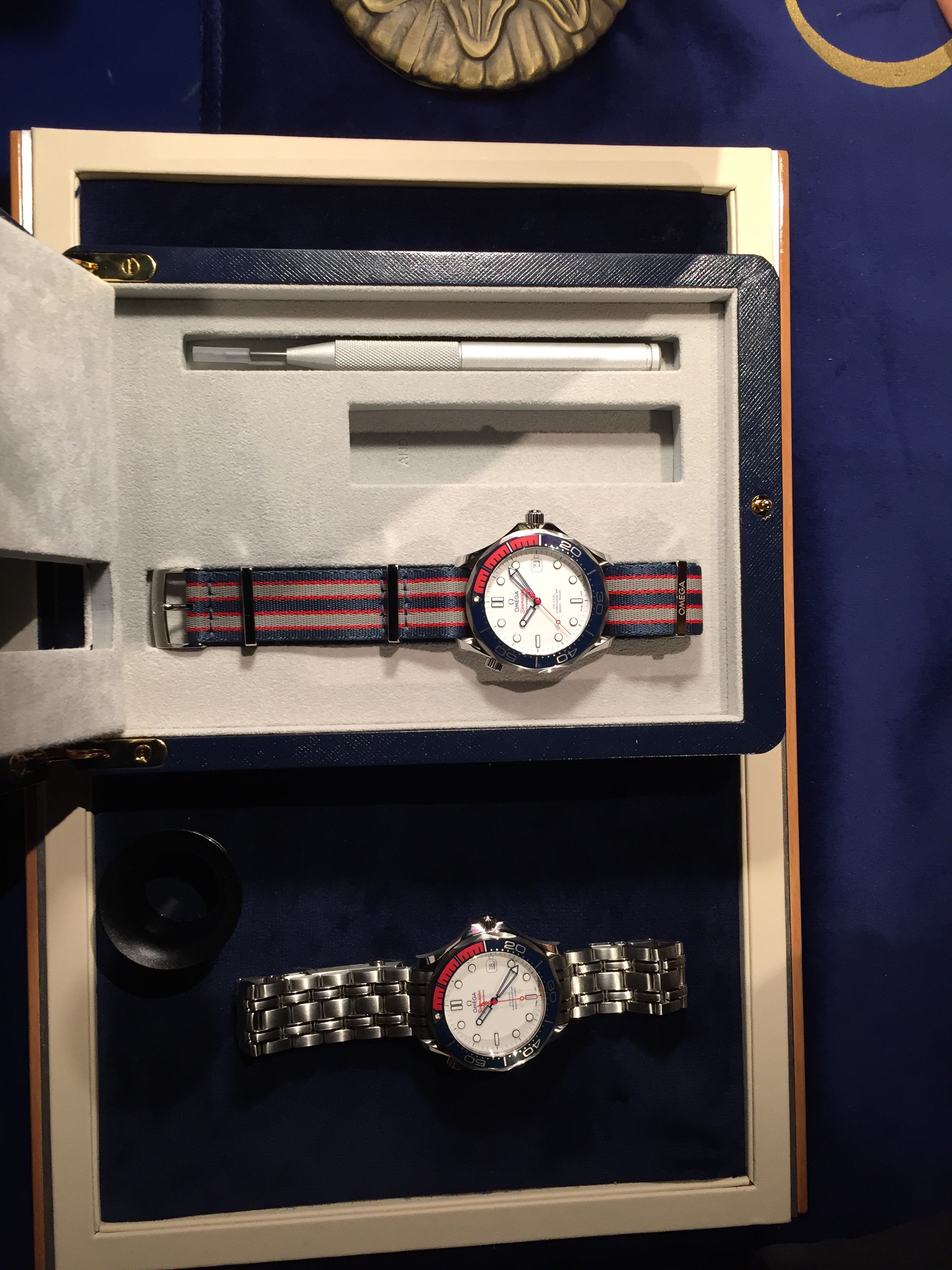 2017 marks three noteworthy anniversaries for Albert R. Broccoli’s EON Productions and Metro-Goldwyn-Mayer Studios’ (MGM) Bond franchise including: the 50th anniversary of “You Only Live Twice”; the 40th anniversary of “The Spy Who Loved Me”; and the 20th anniversary of “Tomorrow Never Dies.” In each of these films, James Bond can be seen wearing his official military uniform.

To celebrate these anniversaries, OMEGA created a unique watch design inspired by the red, white and blue colours of the Royal Navy as well as the Commander’s insignia itself. 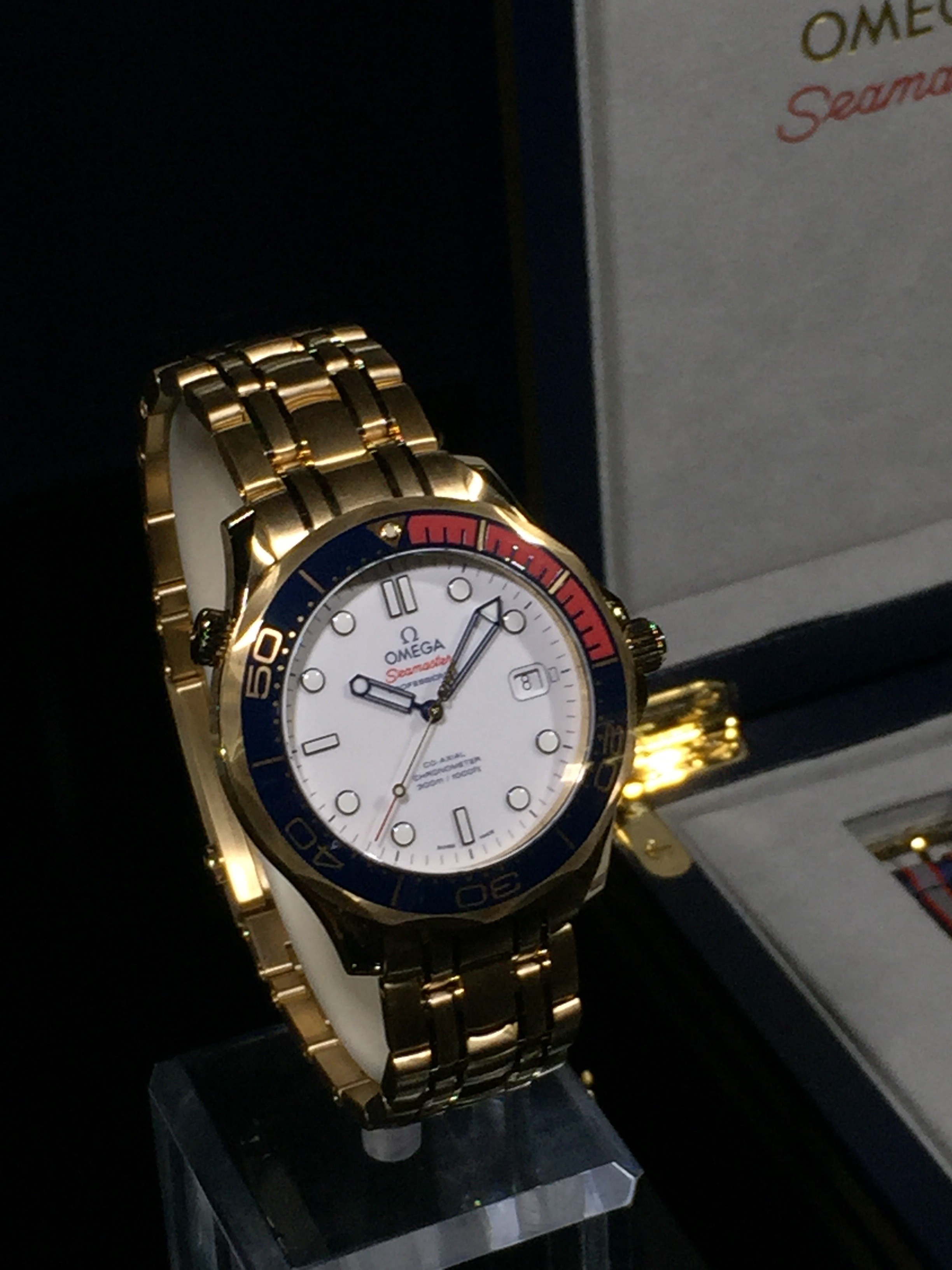 As well as glimpsing the new OMEGA “Commander’s Watch”, guests were also treated to a display of historic props and artwork from the James Bond archive.

OMEGA has been the choice of James Bond since 1995, when the spy first wore a Seamaster watch in the film “GoldenEye”. Since then, the character and OMEGA have shared every on-screen adventure together.

Cased in stainless steel, the “Commander’s Watch” follows the Royal Navy’s ensign colours with a polished white ceramic dial, facetted blue skeleton hour-minute hands and a varnished red seconds hand with a “007” gun logo counterweight. The see-through caseback reveals a rotor with the Royal Navy’s Commander rank insignia. The watch is presented on a 5-stripe blue, red & grey polyamide NATO Strap, with an additional metal bracelet, and is powered by the exclusive OMEGA Calibre 2507. The stainless steel version is limited to 7,007 pieces. Additionally, the Commander’s Watch also comes in an 18K yellow gold model, limited to just seven pieces.

EON Productions Limited and Danjaq LLC are wholly owned and controlled by the Broccoli/Wilson family. Danjaq is the US based company that co-owns, with Metro-Goldwyn-Mayer Studios, the copyright in the existing James Bond films and controls the right to produce future James Bond films as well as all worldwide merchandising. EON Productions, an affiliate of Danjaq, is the UK based production company which makes the James Bond films. The 007 franchise has produced twenty four films since 1962.

Metro-Goldwyn-Mayer (MGM) is a leading entertainment company focused on the production and global distribution of film and television content across all platforms. The company owns one of the world’s deepest libraries of premium film and television content as well as the premium pay television network EPIX, which is available throughout the U.S. via cable, satellite, telco and digital distributors. In addition, MGM has investments in numerous other television channels and digital platforms. For more information, visit www.mgm.com.