DOXA Watches welcomes the release of the SUB 300 Searambler ‘Silver Lung’ – a highly anticipated successor to the fastest-selling DOXA of all time: 2017’s SUB 300 ‘Black Lung’ watch, designed in collaboration between DOXA and venerable dive gear manufacturer Aqua Lung. Echoing the Black Lung’s blueprint, this very special SUB 300 is a faithful homage to a rare, and highly collectable silver-dialed vintage DOXA SUB created in partnership with Aqua Lung in 1967. 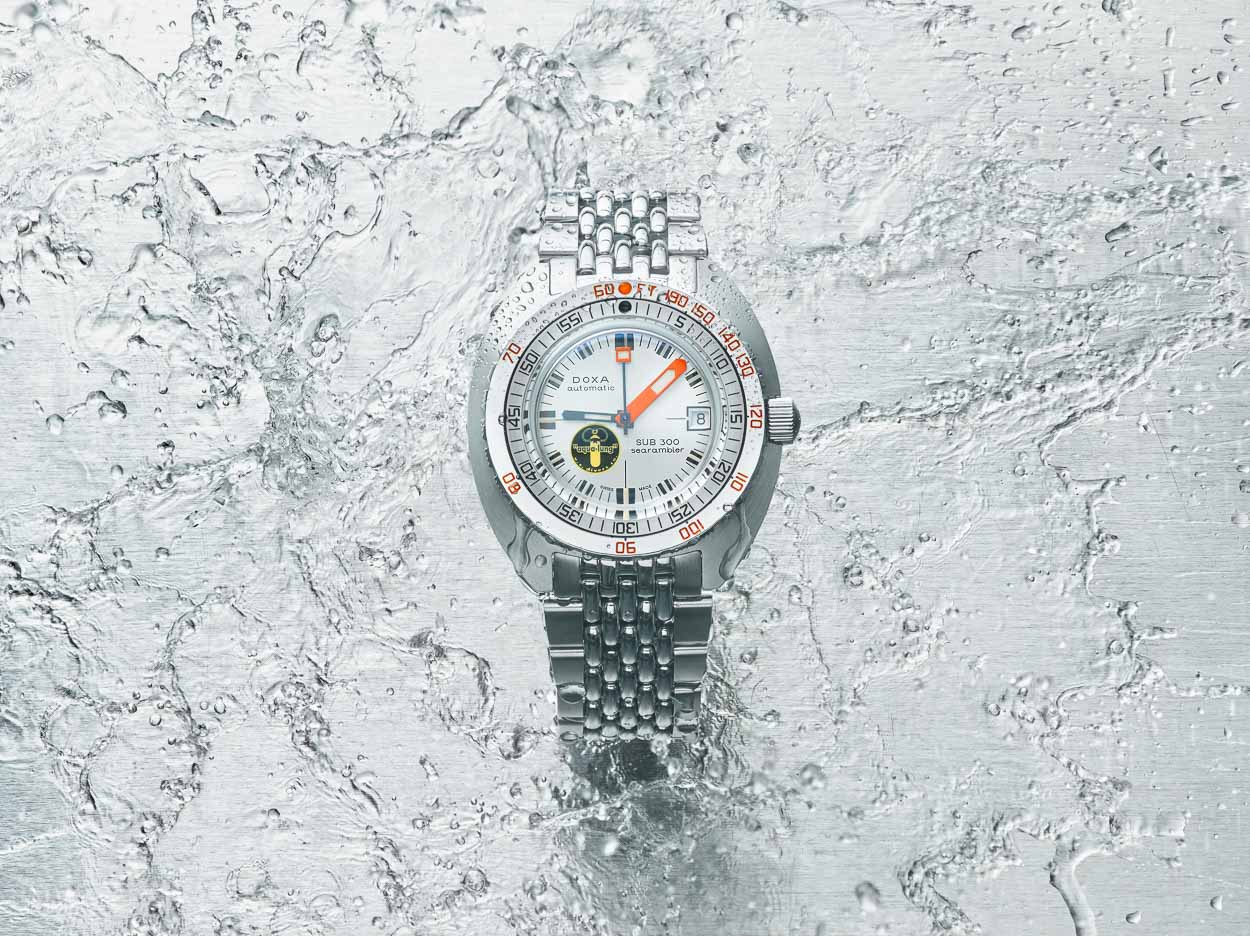 Unlike 2017’s ‘Black Lung,’ which was delivered in DOXA’s iconic ‘Professional’ orange dial, the Silver Lung is clad in another long-running DOXA signature: the brand’s “Searambler” livery, whose brushed silver dial evokes the warm rays of the sun reflecting off the cool surface of the ocean. The SUB 300 ‘Silver Lung’ continues the yearlong 50th anniversary celebration for DOXA Watches, whose pioneering SUB would first plumb the ocean depths in 1967 as the first purpose-built dive watch for the emerging recreational scuba diving market. Lauded for its bright orange dial and professional-grade build quality and dependability, the SUB quickly became the benchmark against which all other dive watches were measured, and ultimately won the approval of the pioneers of modern diving. This included those at Aqua Lung, who would soon distribute the watches under the US Divers name before consolidating into the singular name Aqua Lung in 1998.

The ‘Silver Lung’ also marks the continued celebration of Aqua Lung’s 75th anniversary, which began in 1943, upon the development of the world’s first self-contained underwater breathing apparatus, dubbed “aqua-lung.” Together with the DOXA SUB dive watch, the original aqua-lung would expand the very possibilities of ocean exploration, and accelerate man’s race to the bottom of the sea. 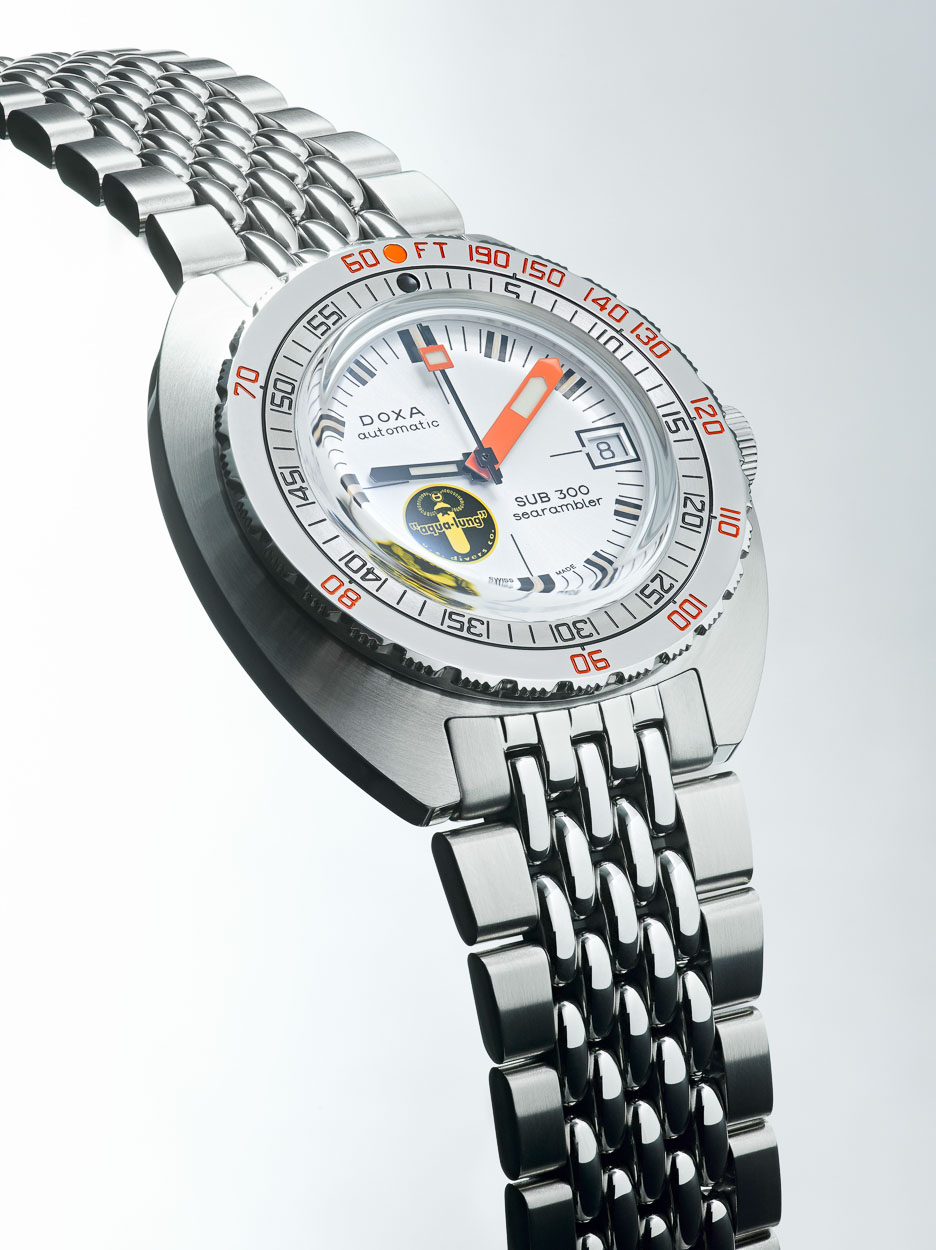 “We were thrilled at the reception we received to the modern observation of one of our most historic partnerships,” says Don Rockwell, CEO of Aqua Lung. “It made perfect sense to pay tribute to another iconic watch from that original trio of DOXA SUB watches bearing our classic yellow-on-black insignia – a collaboration which still holds a special place in the minds of our founders, as well as with divers the world over.” 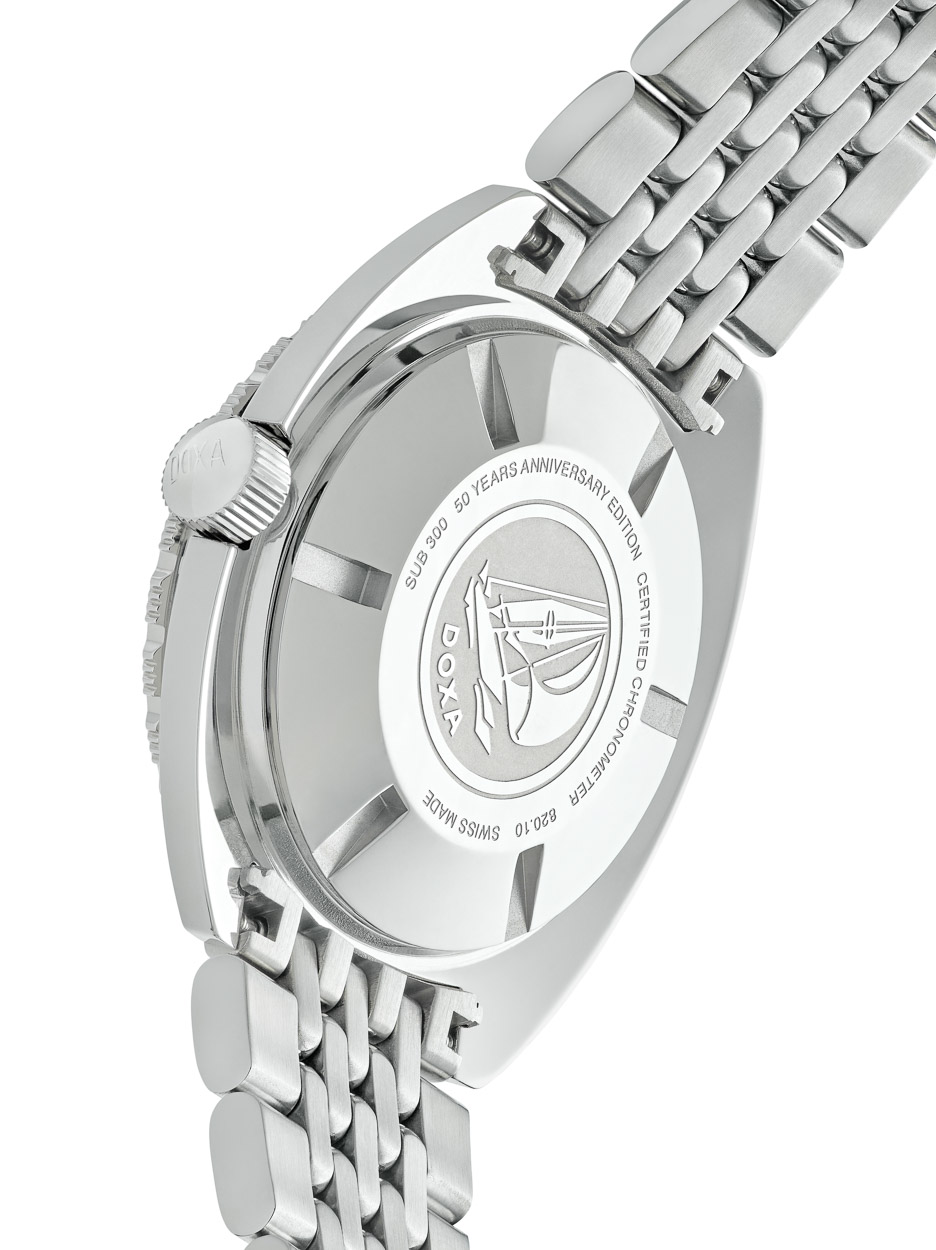 “Continuing the fine traditions of the Aqua Lung name remains one of DOXA’s highest honors,” adds Rick Marei, Marketing Manager of DOXA Watches LTD. “Like DOXA, Aqua Lung is a name that carries an incredibly rich legacy of ocean exploration, and we believe this very special SUB is the perfect means of paying tribute.” 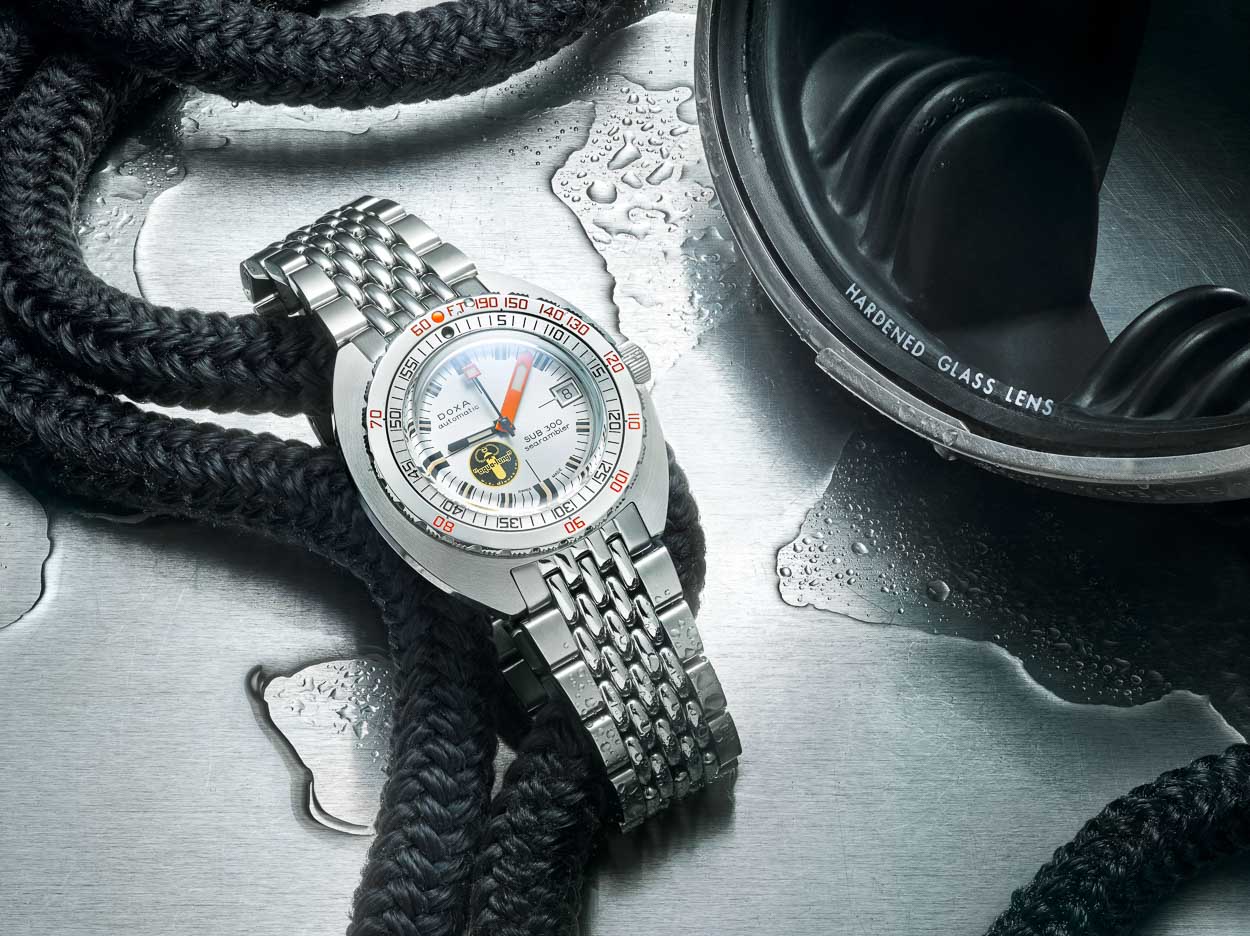 Like the original SUB 300, the case of the modern Silver Lung special edition is machined from a solid block of stainless steel, measuring 42.5 mm in diameter, by 13.4 mm thick. It is powered by a chronometer-grade ETA 2824-2 automatic caliber, and finished with a generously domed bubble sapphire crystal and DOXA’s signature stainless steel “beads of rice” bracelet which tapers to an integrated wetsuit extension. The serrated, unidirectional timing bezel also displays a patented DOXA innovation: an integrated “no deco” scale, engraved in orange, per the US Navy’s maximum no-decompression limits for safe recreational diving.

Limited to 300 pieces, the DOXA SUB 300 “Silver Lung” can be pre-ordered exclusively from doxawatches.com for a price of $2,190 instead of the regular price of $2,590. It is anticipated to ship in August of this year.