DOXA was best known for its trio of SUB 300T dive watches with iconic dials. Being the orange “Professional”, black “Sharkhunter” and silver “Searambler” dials. Short-lived there also was a bright yellow dial known as the “Divingstar”. It’s rarity made it a coveted find for vintage watch collectors. Even rarer was the SUB 300T Divingstar which was created in partnership with the Swedish company Poseidon. Featuring the black and yellow Poseidon logo to the lower left part of the yellow dial. A fitting collaboration as both brands are on the cutting edge of dive gear development. The new Doxa SUB 300T Divingstar “Poseidon Edition” recreates a rare 1970s DOXA for a new generation of divers and watch lovers. 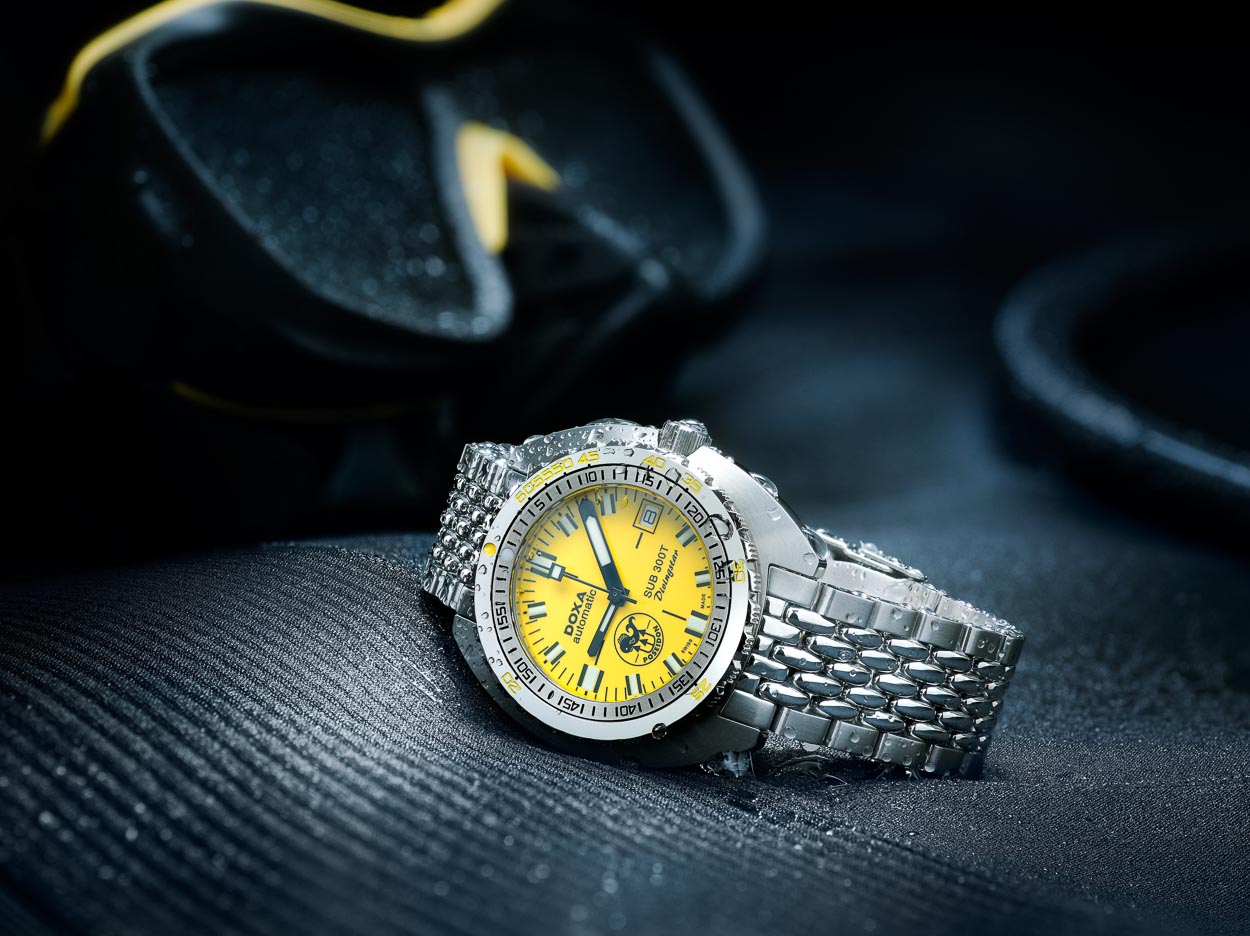 The God of the sea is back!

The 1970s were the golden age of scuba diving. The godfather of diving was bringing subaquatic wonders into living rooms on TV, the sport’s popularity was booming, and countless people were inspired to try diving. Better equipment was making it safer and more accessible, and commercial jet travel allowed divers to explore the far corners of the world’s oceans. Scuba diving was the ‘extreme sport’ of the decade, long before that term was invented. Divers strapped life support to their backs and descended, weightless, into an alien world. 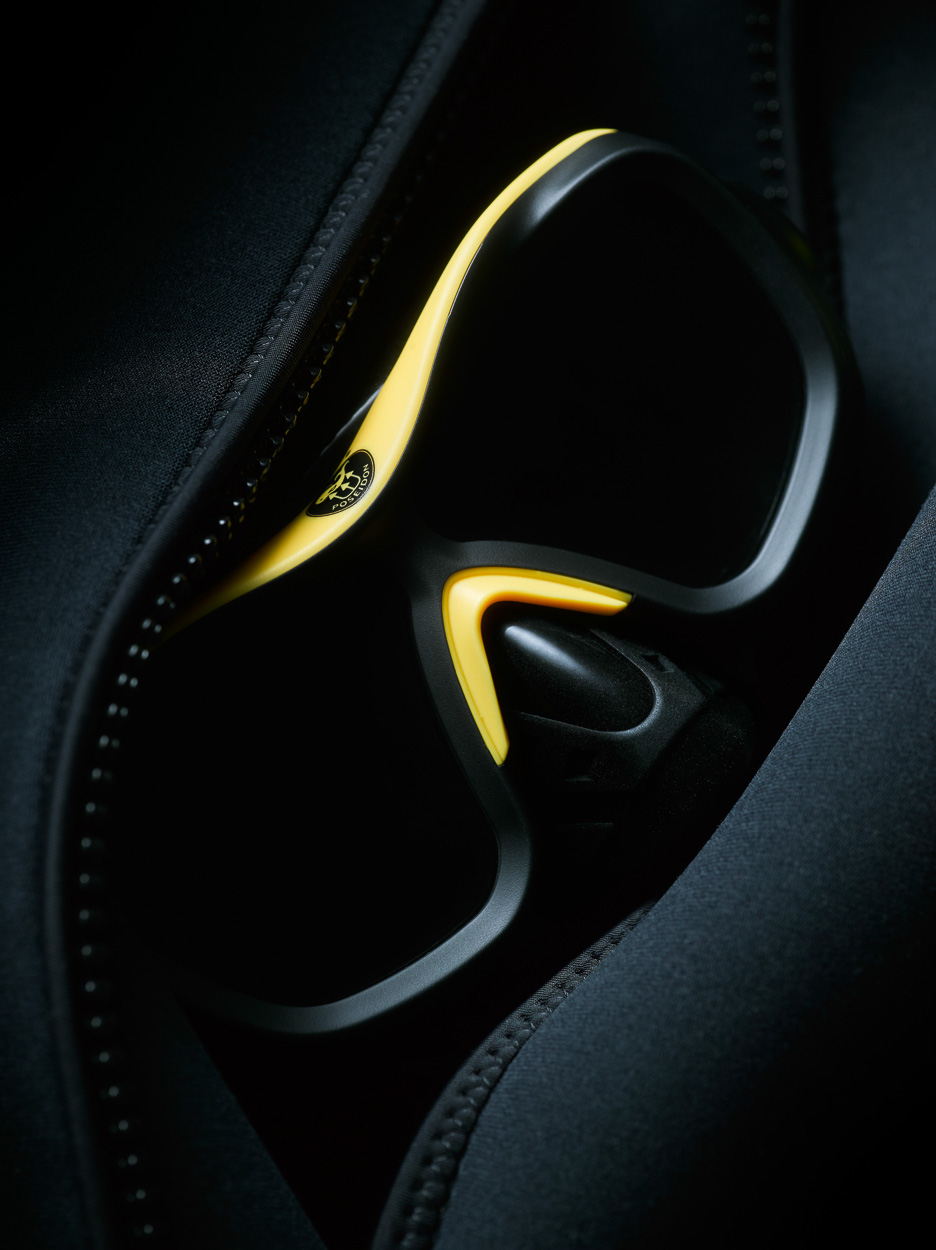 It was also a time when a wristwatch wasn’t simply an accessory—it was a vital piece of gear, as critical to safe diving as a depth gauge or breathing regulator. And the dive watch to have was a DOXA — purpose-built, rugged, and trusted to keep track of time underwater. The god father of diving himself wore DOXA. So did SEALAB divers and the French Navy. While dive watches had already become fashionable by the 1970s, DOXA stayed close to its diving brief, with its signature oversized minute hand, bright legible dials and patented bezel, printed with the US Navy’s no-decompression limits scale.

“The Poseidon SUB watches are amongst our most requested pieces by collectors from our catalog spanning fifty years,” “We’re extremely proud to once again have the blessing of Poseidon to write a brand new chapter in our legacy of undersea exploration.” Rick Marei, General Manager of the SUB division at DOXA. 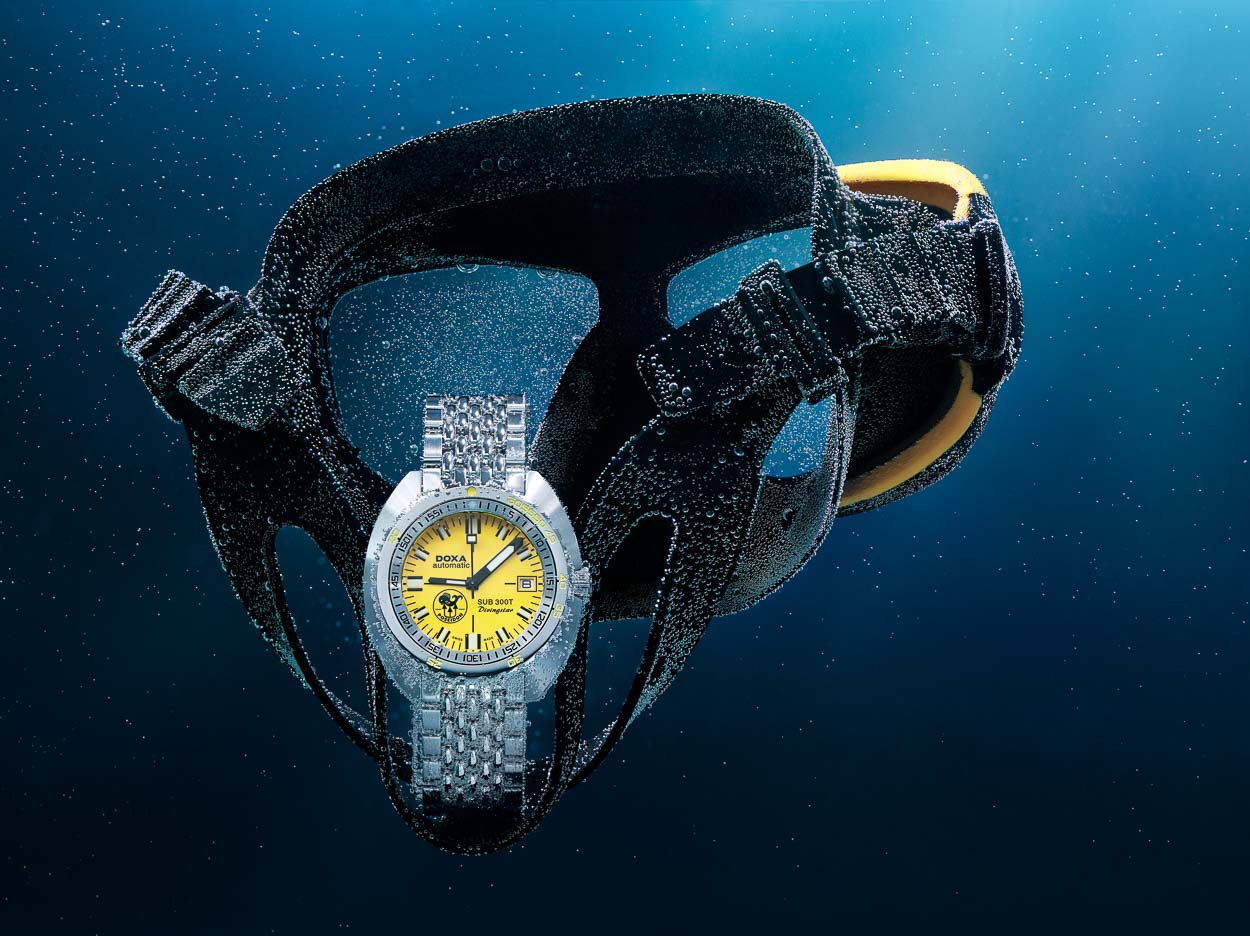 Poseidon’s Nordic roots and enterprising spirit ensured the brand maintained a reputation for developing gear designed for the unique rigors of cold-water diving. This included the brand’s innovative Cyklon regulator and signature neoprene Unisuit, along with watches manufactured in collaboration with DOXA – like the Sub 300.

With the DOXA SUB 300T Divingstar “Poseidon Edition”, these two great diving names are once again joined on the dial of a watch that symbolizes rugged innovation and underwater adventure. The watch resembles its 1970s forebear but is updated for a new era with some modern features. The crystal is now highly scratch- resistant sapphire. The self-winding movement inside is the well-proven Swiss ETA 2824-2. And the watch is now water resistant to 1,200 meters, four times the depth rating of the original SUB 300T. Dial markings and hands are coated with layers of Super-Lumi-NovaTM for optimum long-lasting legibility in dark and murky conditions. The steel bracelet fitted to this special watch is DOXA’s iconic “beads of rice” style, with solid end links and a fold-over clasp with an extension for use over a thick diving suit. 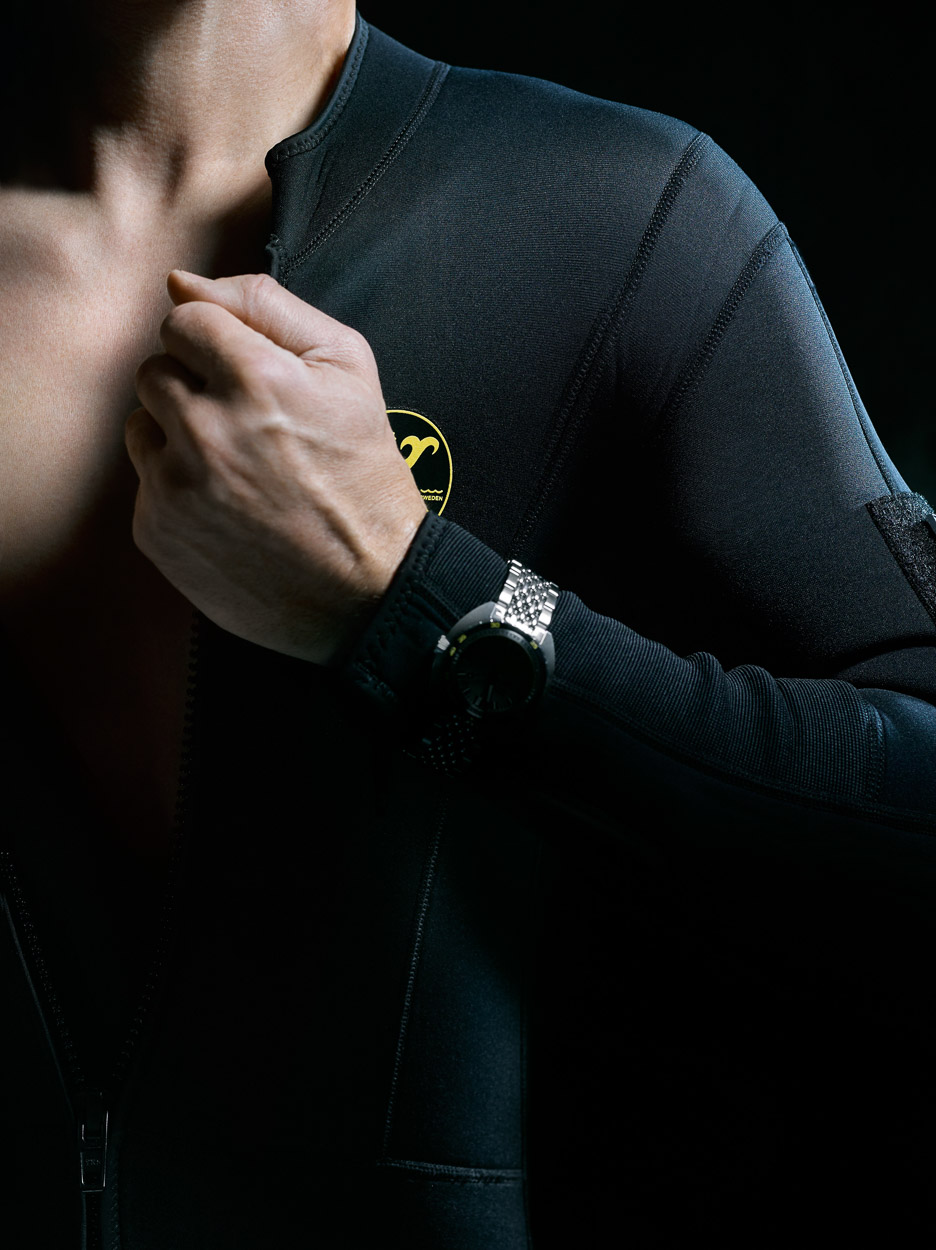 The SUB 300T Divingstar “Poseidon Edition” features a helium escape valve on the left case flank, which allows trapped helium inside the watch to evacuate during decompression in a diving bell. DOXA pioneered the helium escape valve in the late 1960s, when it was used extensively by commercial and military divers living for extended periods in underwater habitats, and was the first brand to offer it publicly on a watch.

Only 500 of the DOXA SUB 300T Divingstar “Poseidon Edition” will be made, and sure to be as sought after as the 1970s original. This iconic diving watch is a reminder of the golden age of scuba diving and a worthy companion for adventures in years to come. Retail price is $2,490.