Blancpain invited us for an action packed weekend at the “Total 24 hours of Spa”. One of seven rounds in the Blancpain GT Series Endurance Cup . The previous races were at Monza, Silverstone and Paul Ricard earlier this year. Each for the duration of 3 hours or 1000km’s. Spa is the longest race lasting 24 hours. We enjoyed the weekend with Blancpain and returned home with the following impression.

After arriving at the Spa-Francorchamps circuit we were welcomed at the Blancpain stand for this race which is known as the Total 24 hours of Spa. Just before the 24 hour race all cars are parked on the circuit. During this moment it’s time for the ‘grid walk’. Which is your best chance to see to see all the cars up close, take a ‘grid-selfie’, meet the lovely grid girls (yes still there) and see the drivers getting ready for the race. 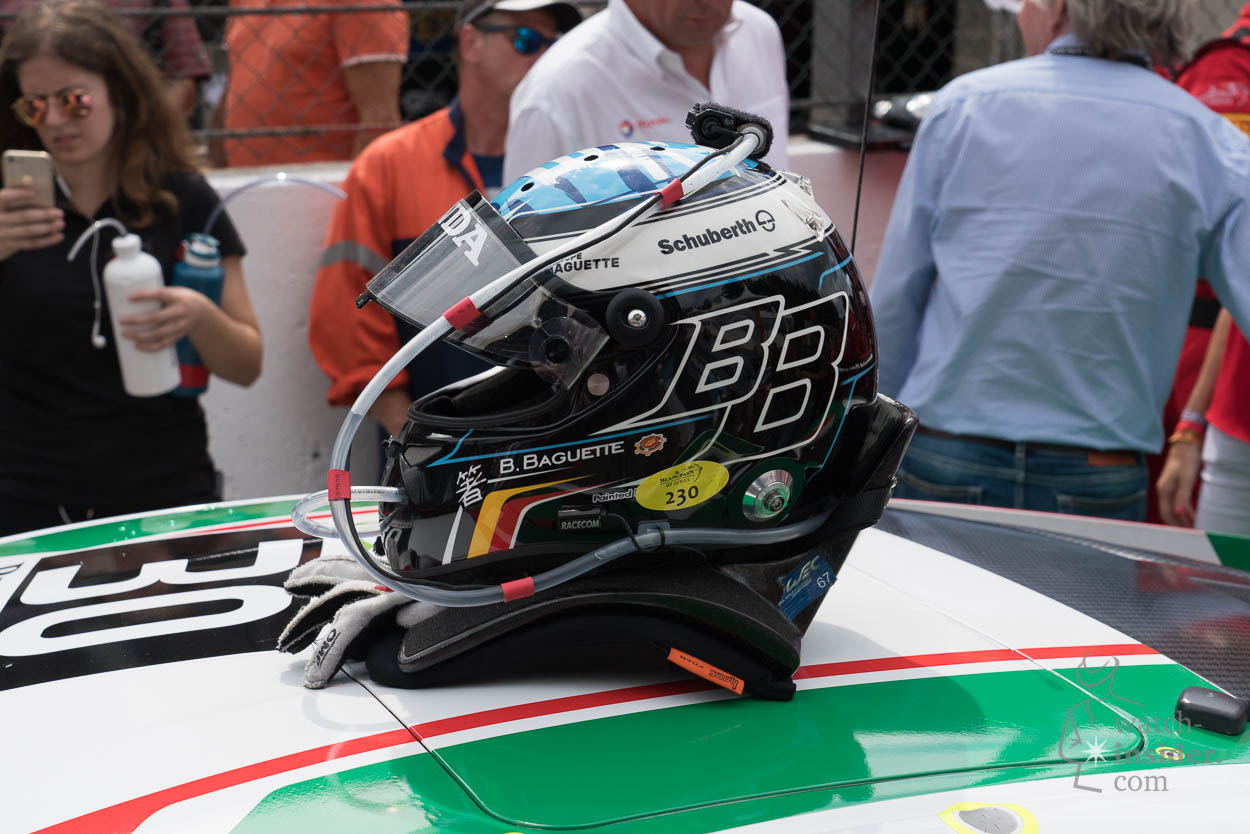 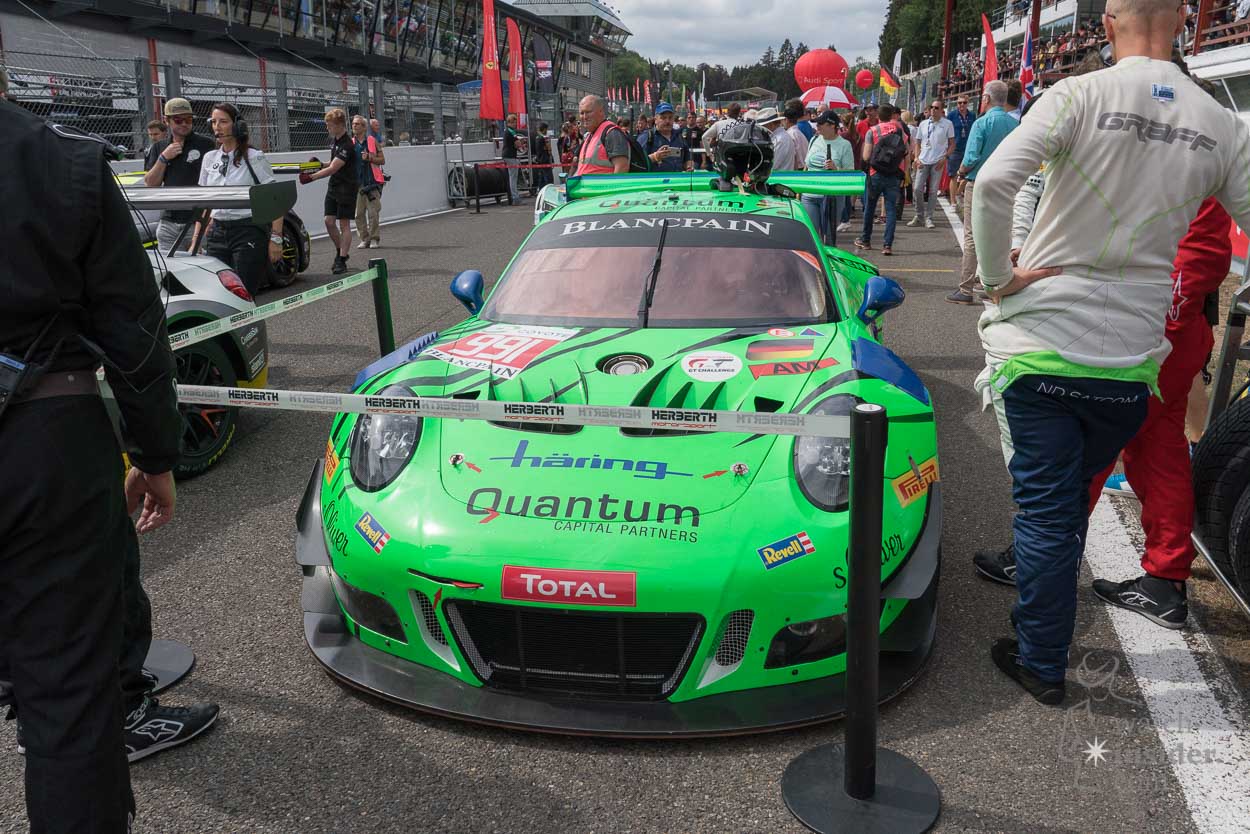 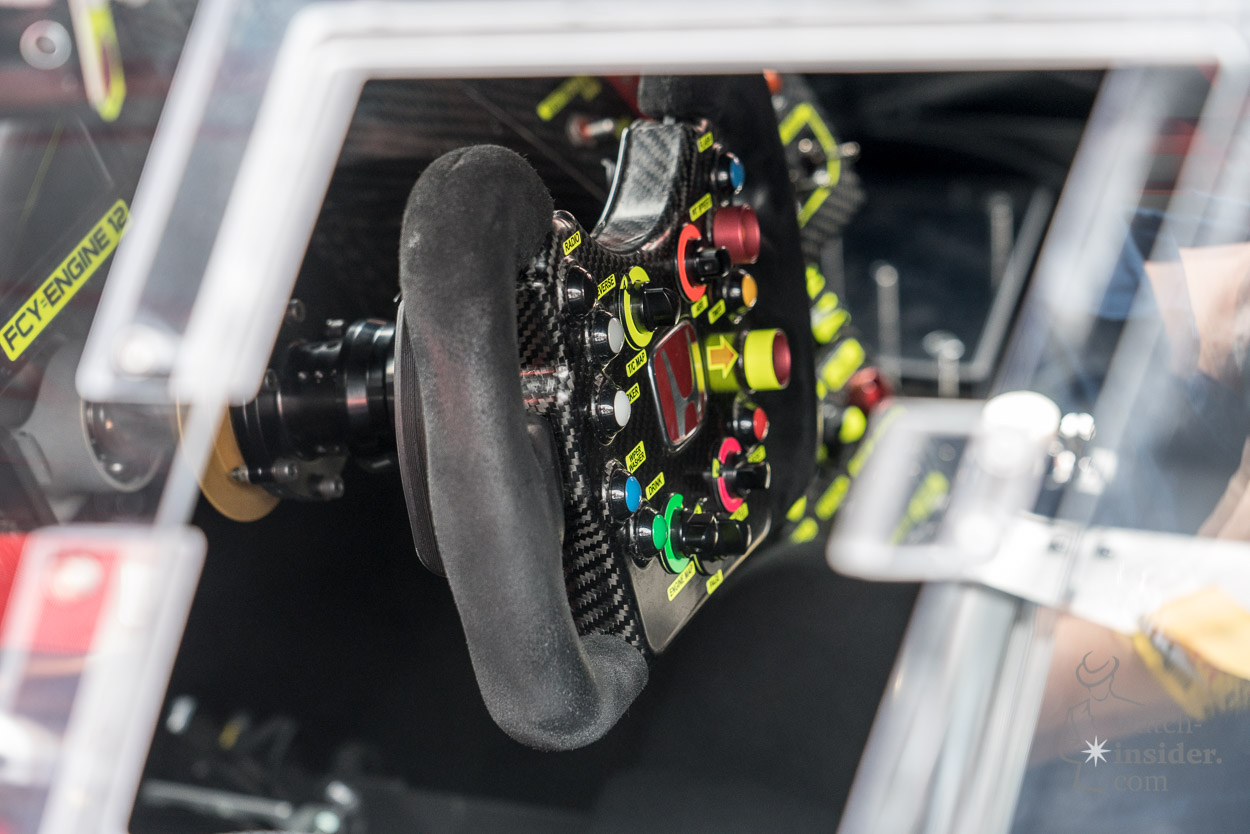 Just minutes before the start everyone has to get to the opposing side of the grid. This is the moment that all cars leave for the real beginning of the race. During the following hours, both day and night time, we got to see the race from various locations around the circuit. Spa Francorchamps has a lot of great locations to watch the race. You won’t get the pro shots but when walking around you get a great impression of most corners. Especially the iconic corner ‘Eau Rouge’ is a great spot to watch the race. After dinner we explored the entire track and the great views is has to offer.

During the weekend we also get a look behind the scenes. From which you learn that a lot is going on during a race, before and after. Al camera signals from around the circuit come together in a mobile unit from where they are aired live. The race can also be seen on the various screens around the track. We also get a look at the timekeeping room where all race data is collected. Every car is equipped with a transponder, including a switch for every driver. Antennas around the circuit register the actual position. Sector and lap times are recorded here. All collected date can also be used by the teams. Special statistics are available on request any time during the race. At the finish line a camera is set up in case of a photo-finish.

After walking many kilometers on the track we return home from an impressive weekend. The more you see and people you talk to makes you realise how much goes on behind the scenes of a race. So many things you don’t realise when watching a race on tv but it involves a lot more than you can think of to keep the world or burning rubber going. For me it was great being back at Spa after some years and I still get goosebumps from screaming engines. 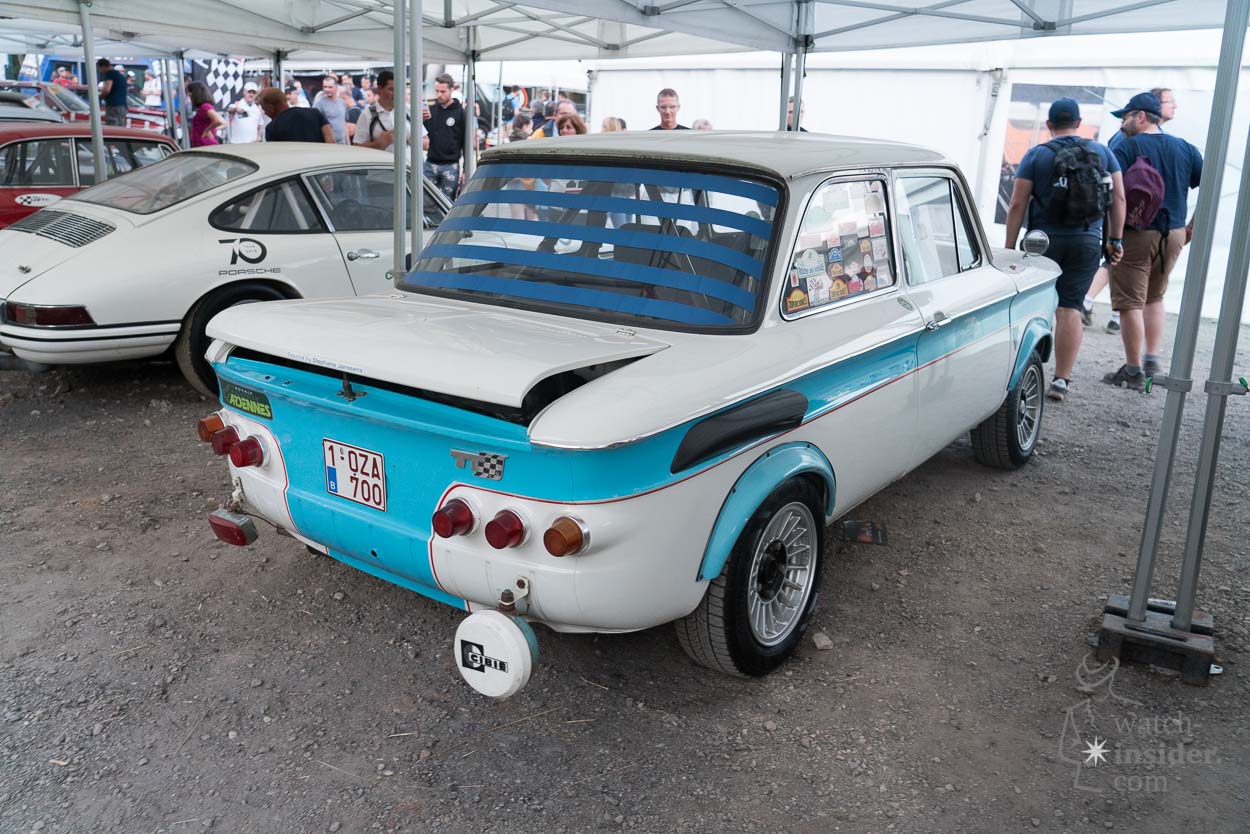 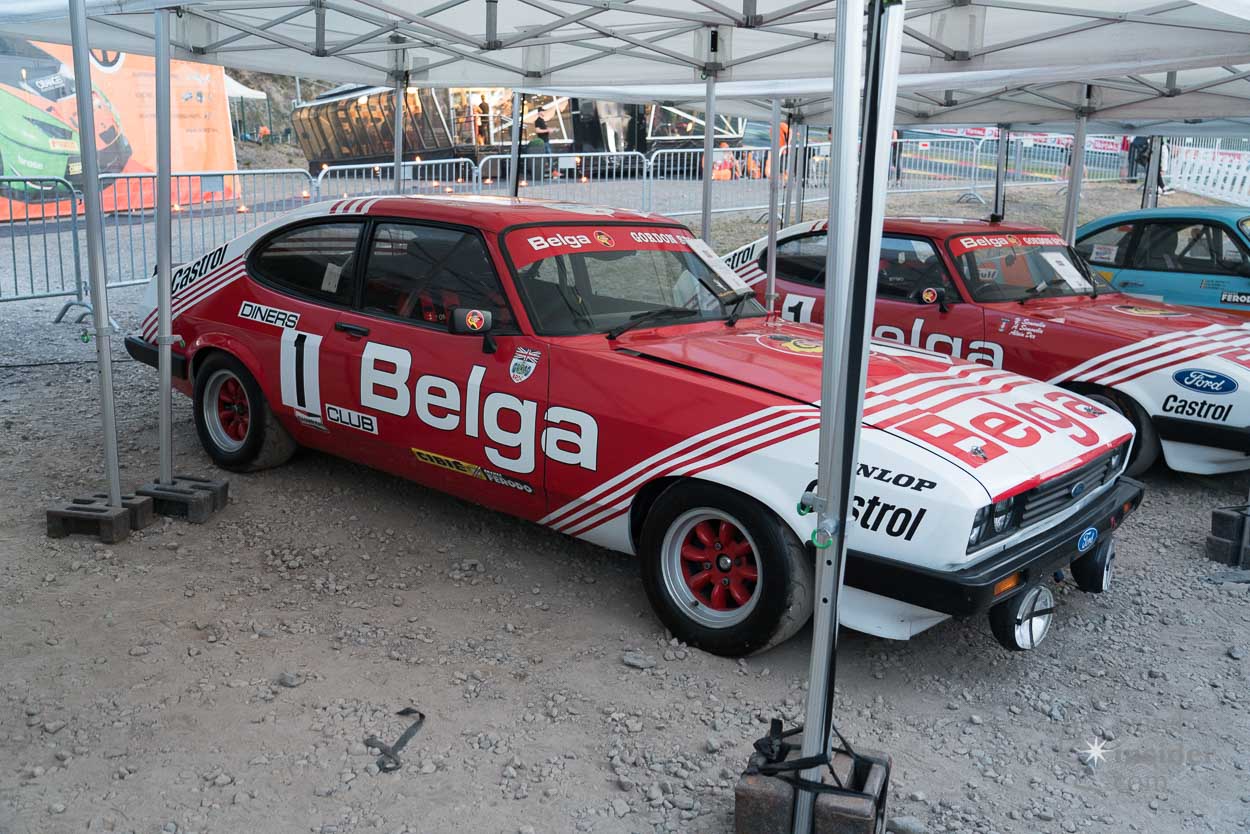 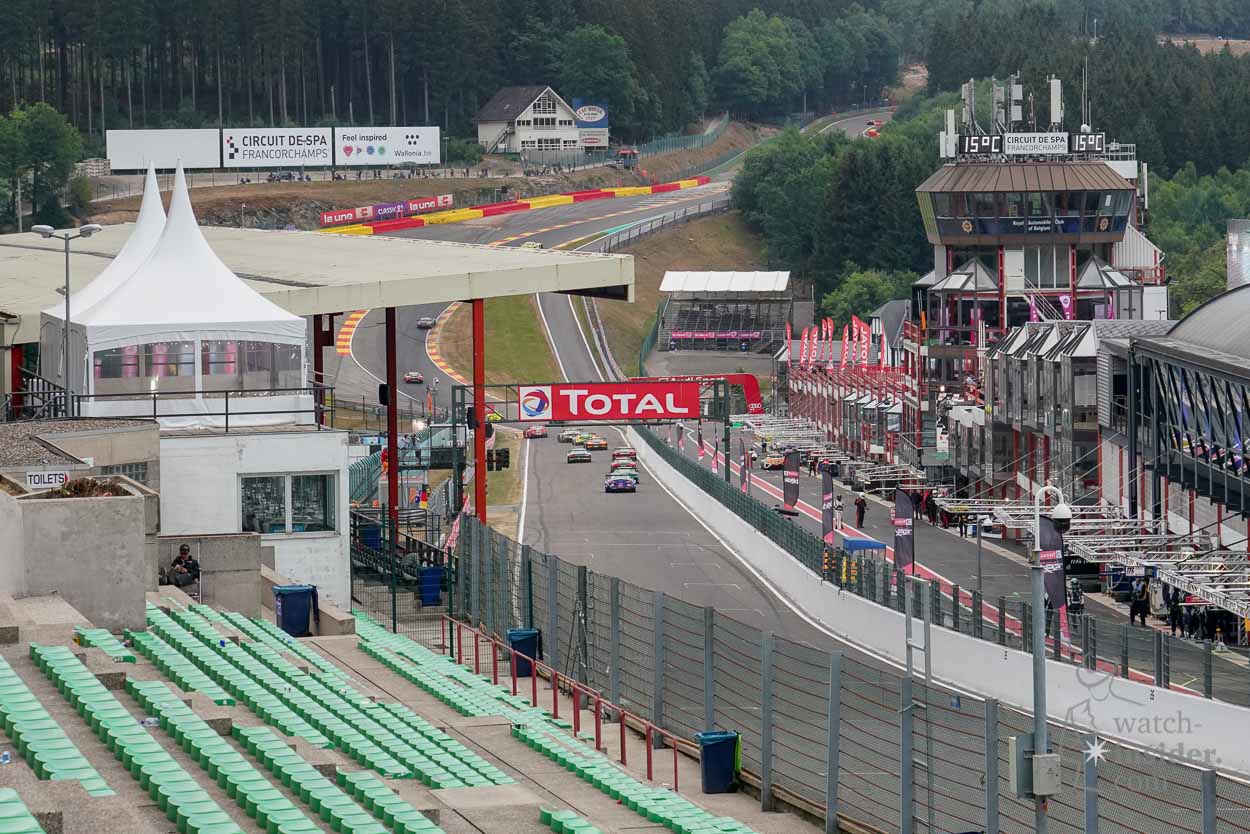 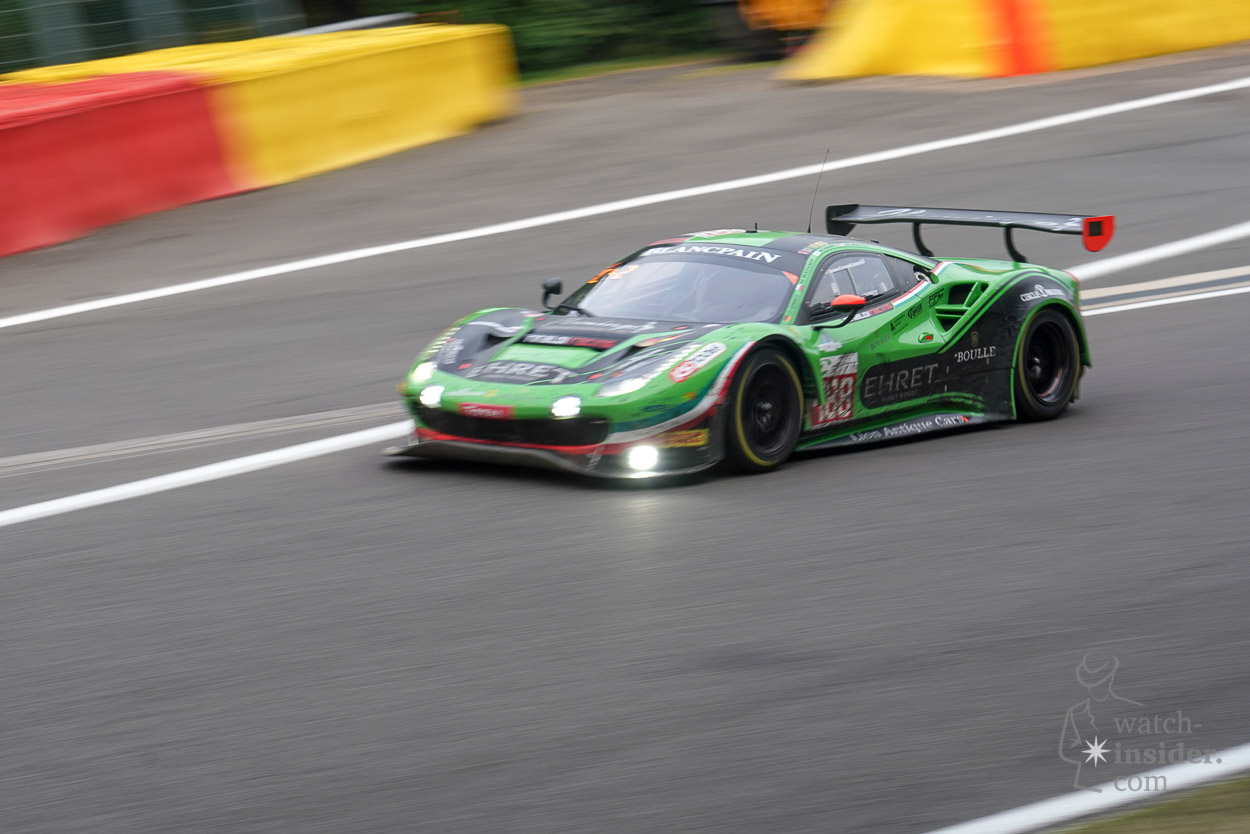 Big thank you to Blancpain for their fantastic hospitality during the entire weekend.