There’s music in the air and cool retro design on the wrist: Glashütte Original is taking the time to celebrate, and not just its partnership – now in its 15th year – with the Dresden Music Festival. The manufactory has also begun rolling out the latest two representatives of its Sixties line, which carry the style of the Sixties into the 21st century. The new versions, which feature striking green dégradé, make their appearance as timeless and elegant companions for contemporary bohemians – in the concert hall and beyond. Let’s welcome the Glashütte Original Sixties Annual Edition, symphony in green 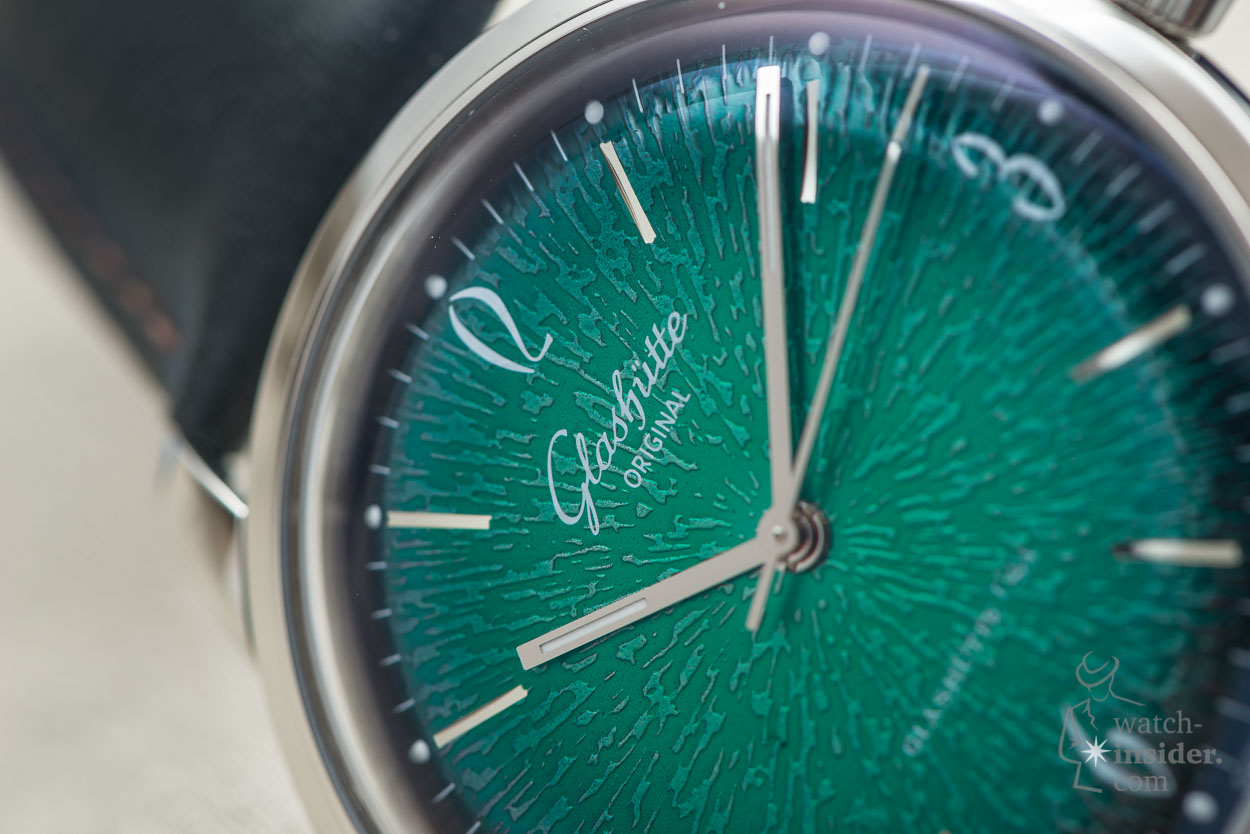 Music for the eyes: The shimmering dials of the latest pair of Sixties timepieces have caused a sensation in the weeks since their official debut. Now they’ve set forth from their home in Glashütte to grace the wrists of style-conscious connoisseurs and collectors around the world. They are a tribute to timeless elegance and pleasure: in fashion, mechanics and, last, but not least, music. So, for example, at the Dresden Music Festival, which began May 10th, 2018 with Glashütte Original as Premium Partner continuing its long-term support for the event. 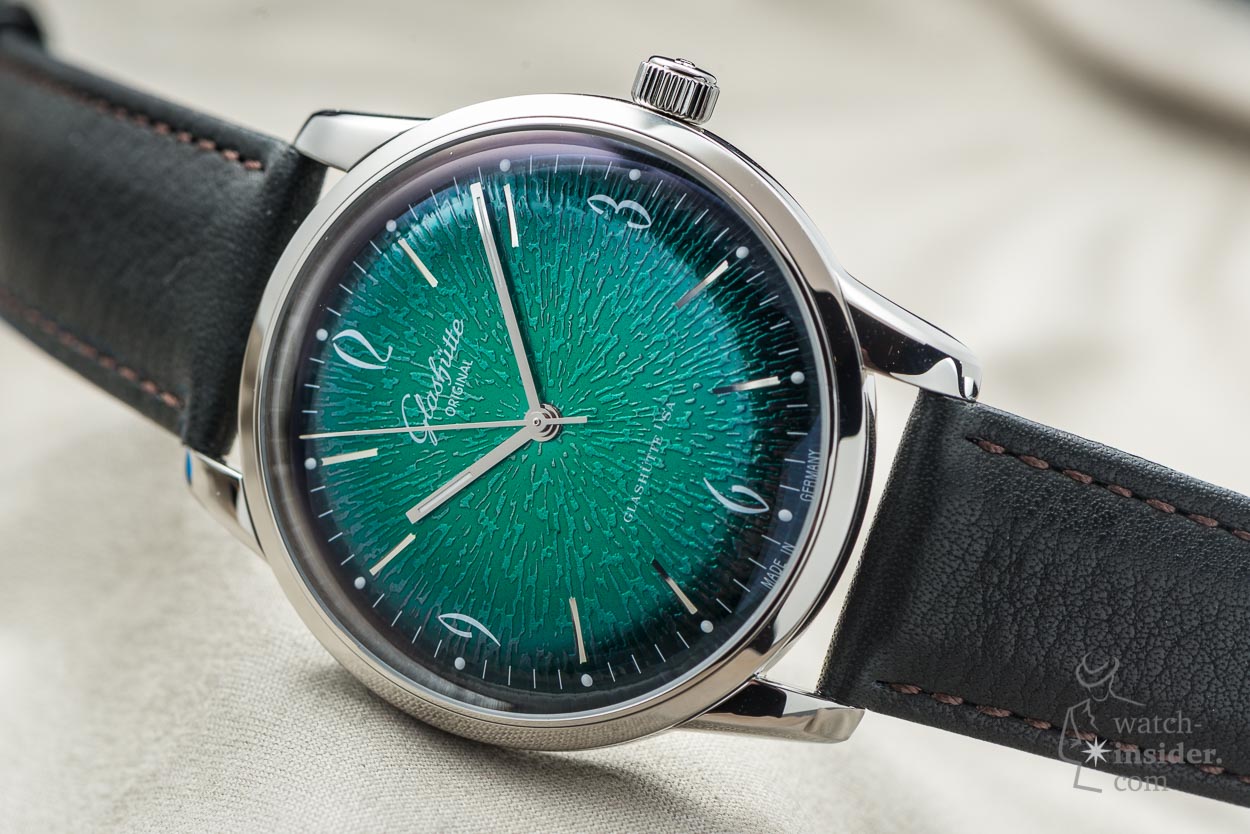 Green is the colour: Dégradé dials

The cool green retro dials on the new Sixties and Sixties Panorama Date catch everyone’s eye. Their unusual “dégradé effect” sees the colour change gradually from a lighter centre to the darker, domed periphery of the dial. The dials also feature finely textured surfaces, achieved with the use of the original tools and methods from the 1960s. With the assistance of 60-tonne press, a die is used to impress an intricate guilloche pattern upon the dial blank. 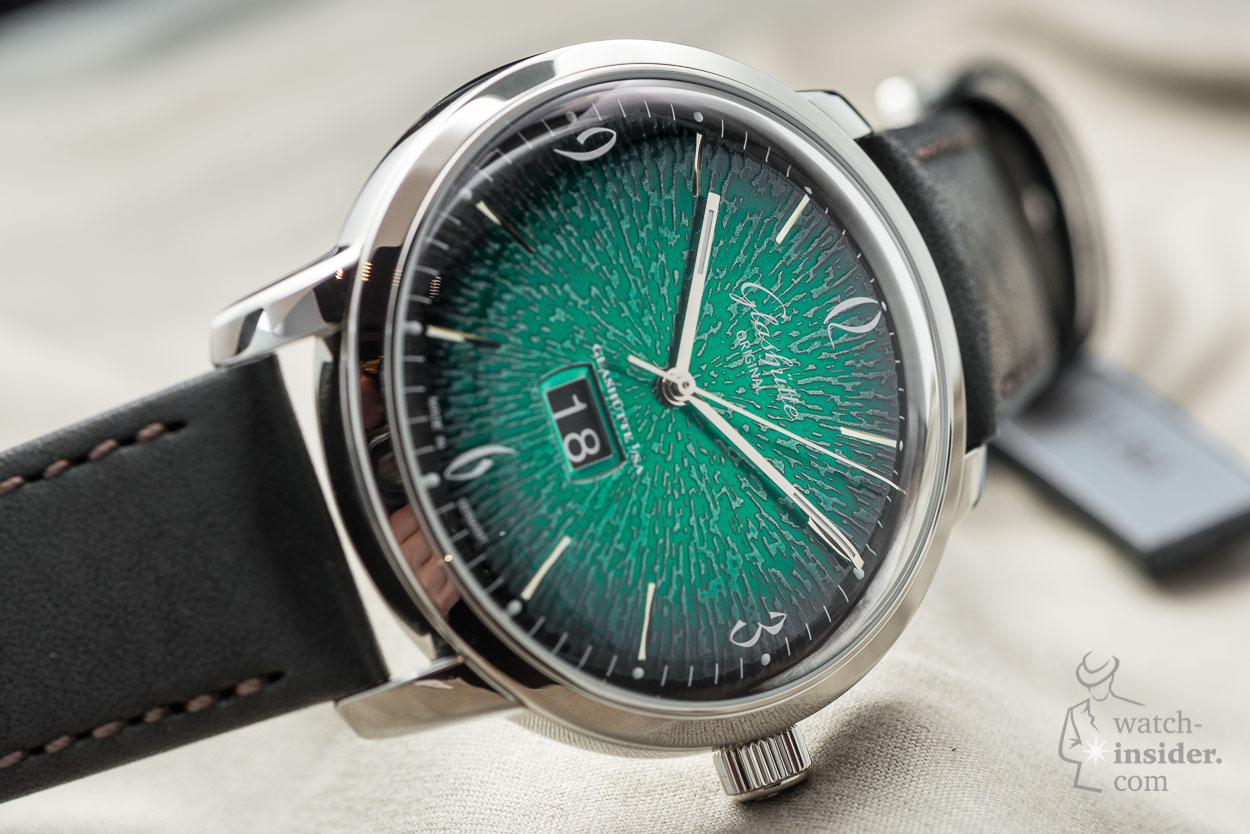 The original dies are held in the dial manufactory archives in Pforzheim. Regarding the dégradé effect, the process begins with the application of a galvanic base coat, followed by several layers of coloured lacquer. In a final step, black lacquer is carefully applied using a special spray gun, which produces – depending on the angle at which the gun is held – an individual colour gradient, thus rendering each dial unique.

The lacquered dials are then fired at high temperature to burn in the colour. The dials are enhanced by domed sapphire crystals, curved hands and idiosyncratic Arabic numerals, signature features of the Sixties line designed to evoke the distinctive style of the 1960s. 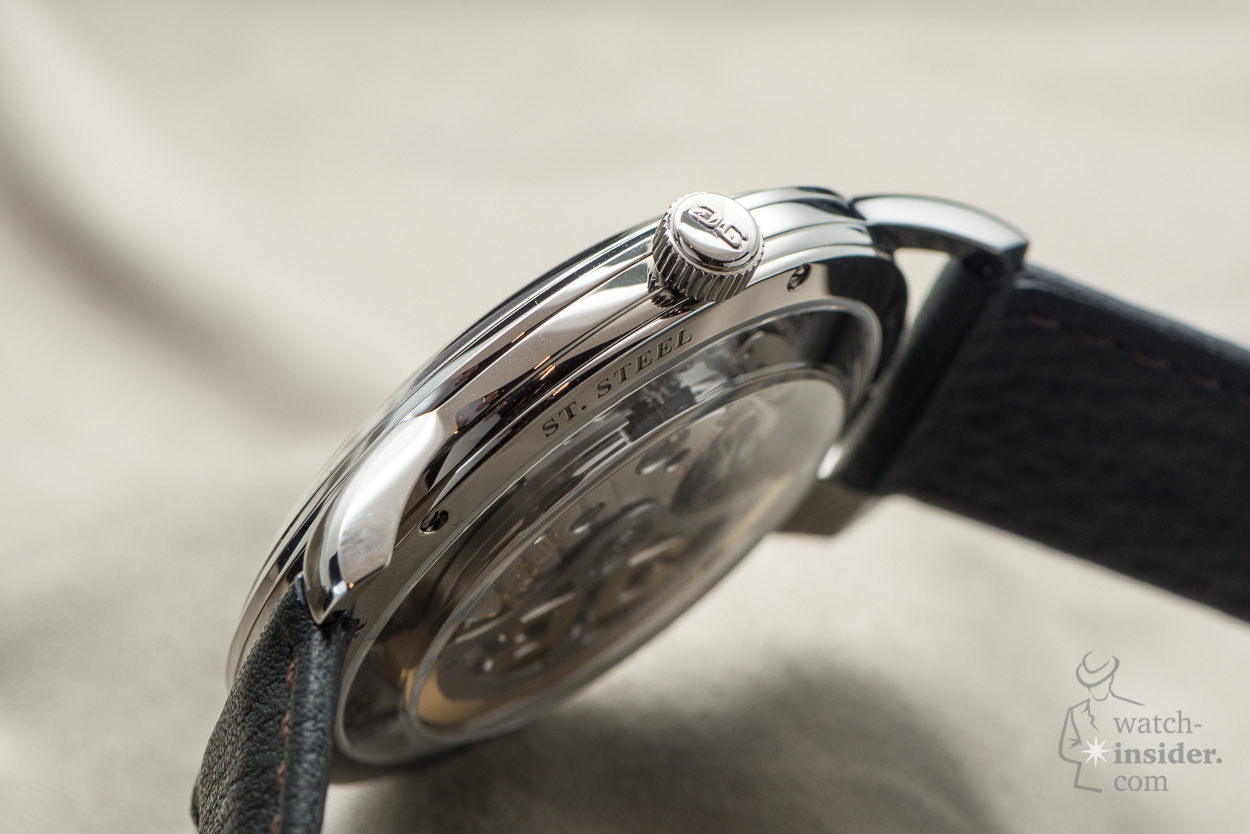 The new Sixties and Sixties Panorama Date are powered by the 39-47 and 39-52 automatic movements, developed and made by the manufactory. The characteristic Glashütte Original Panorama Date is positioned on the central vertical axis in the lower half of the dial. The three-hand model is housed in a polished 39 mm stainless steel case, while the Panorama Date model comes in a 42 mm stainless steel case. A black calf-skin strap and pin buckle complete the design. Both timepieces are available – for a period limited to one year – from Glashütte Original Boutiques and selected retailers worldwide.

The “Spezimatic” series of mechanical watches is without doubt one of the most important forerunners of the current Sixties Collection. Given that life in Glashütte in the 1960s was something of a challenge, such exceptional creations are all the more admirable. First introduced in 1964, a number of Spezimatic models made use of dials manufactured in Pforzheim. The relationship with Pforzheim, which began more than 50 years ago, was reinforced in 2006 with the purchase of the dialmaker by Swatch Group and further strengthened following the dialmaker’s full integration into the manufactory. Today its comprehensive expertise allows Glashütte Original to develop exclusive, contemporary dial designs that meet the watchmaker’s exceptionally high standards of quality. 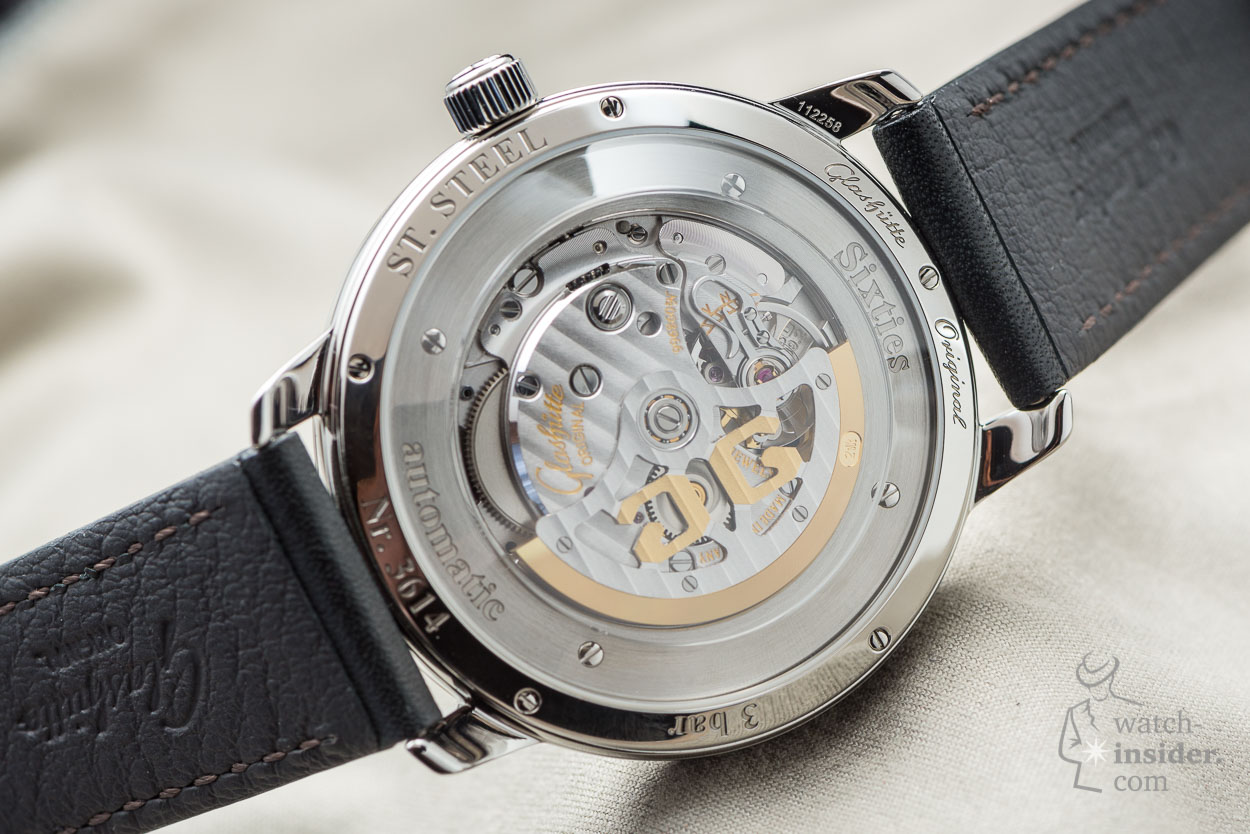