After the launch of the very first Grand Seiko watch in 1960, the creation of the 9S mechanical caliber in 1998 was perhaps the most important moment in the history of Grand Seiko. The 9S caliber was entirely new and designed from scratch to deliver the high precision and excellent durability for which Grand Seiko was renowned. Ever since, the 9S caliber has been continuously enhanced, with new Spron alloys for both the main and balance springs and MEMS engineering, a technique that allows key components to be manufactured to tolerances as small as one thou- sandth of a millimeter. Today, 9S is the platform on which the entire Grand Seiko suite of mechanical calibers is built and has earned a deserved reputation as one of the world’s nest calibers, thanks to its high precision, long power reserve and robust construction. Presenting 3 new Grand Seiko Hi-Beat 36000 special editions.

To celebrate the 20th anniversary of this caliber, the Grand Seiko team has created a series of three limited edition timepieces, each of which, in di erent ways, pays homage to the high precision that caliber 9S achieves. 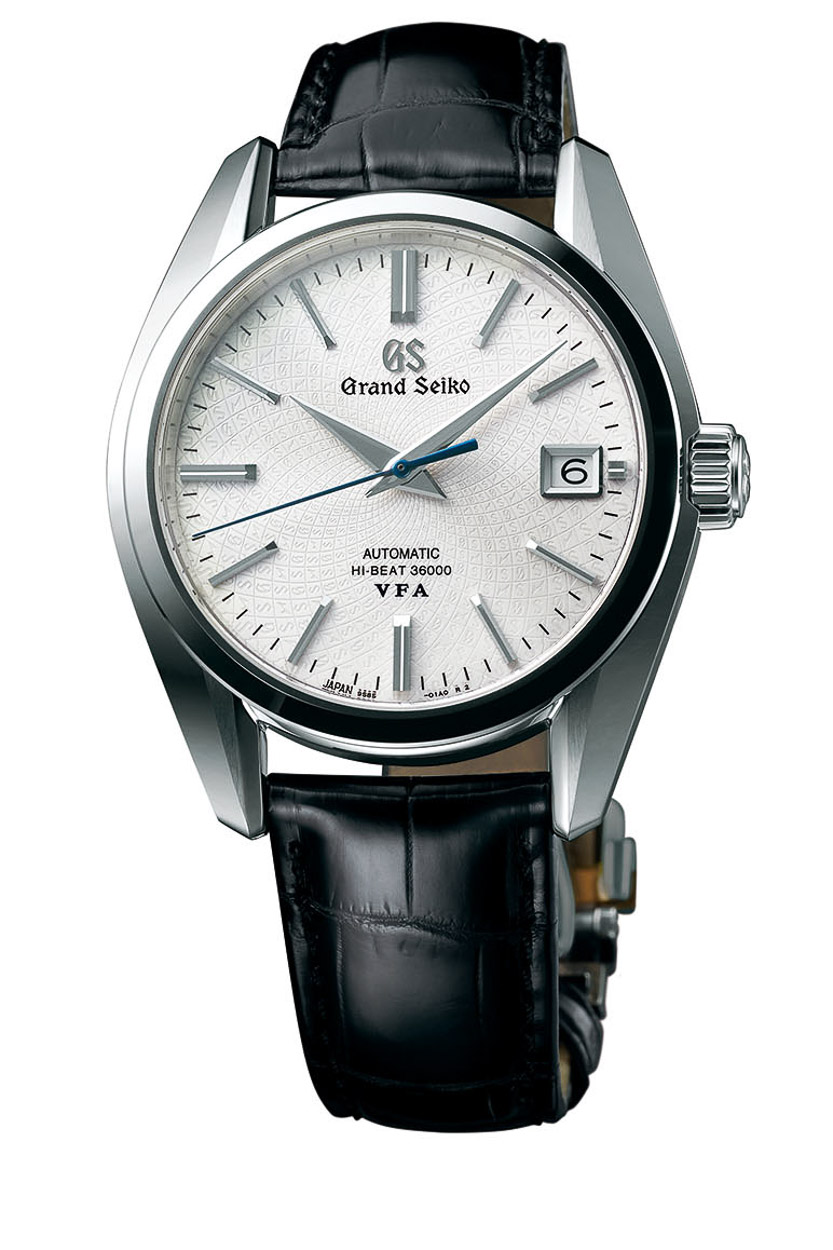 A landmark in Grand Seiko’s pursuit of precision, V.F.A., is honoured in platinum.

“Very Fine Adjusted” may not be the most evocative name but V.F.A. is a revered set of initials for the Grand Seiko team. First used in 1969, it de ned a Grand Seiko watch that was adjusted so skillfully that it achieved a precision rate far in excess of the Grand Seiko Standard. This new 2018 creation proudly carries on the V.F.A. tradition thanks to the extraordinary precision rate of its 9S85 Hi-Beat 36000 caliber, +3 to -1 seconds per day, a level achieved by the highest level of adjustment and a testing program extended to 34 days. The watch is o ered in a platinum 950 case which is a new interpretation of the most widely admired Grand Seiko design, created by Nobuhiro Kosugi, the designer of the rst 9S watch in 1998. 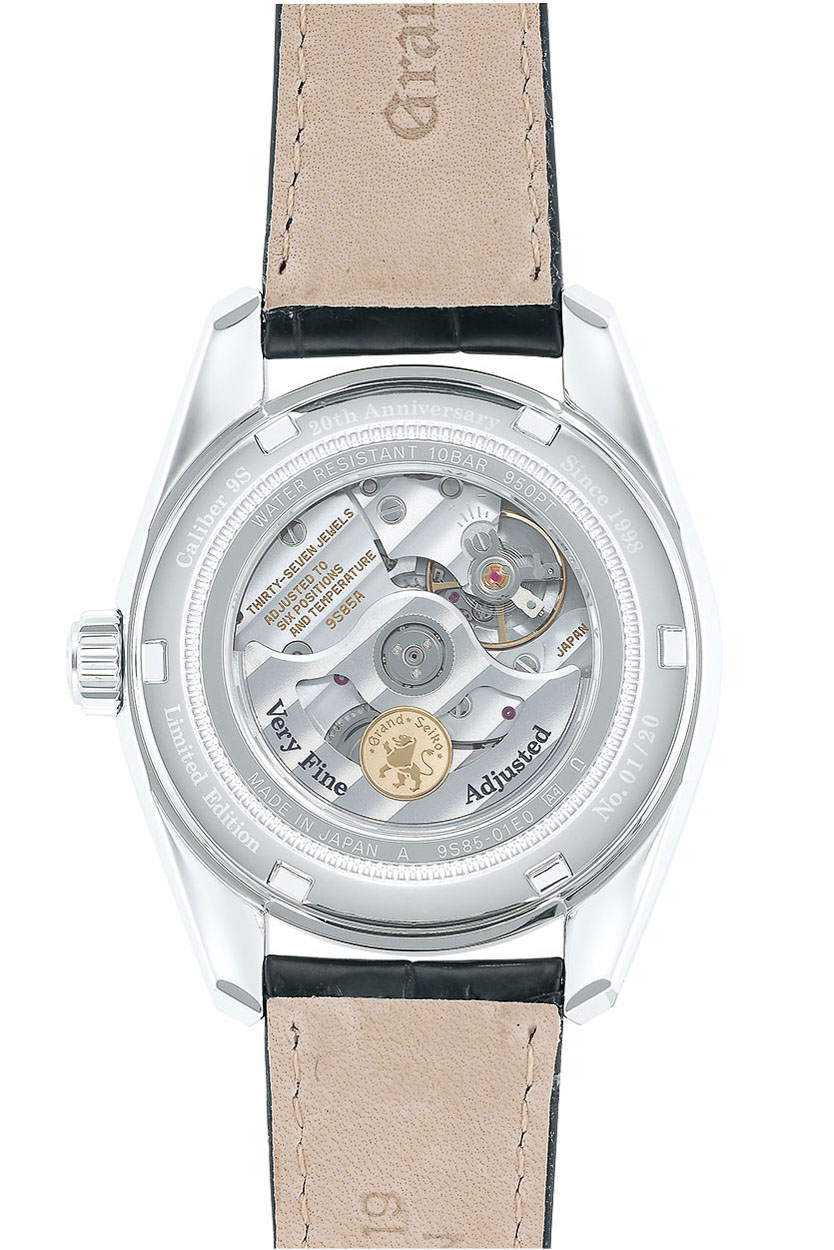 Two surfaces of Zaratsu polishing extend to the very edge of the lug where these curved surfaces meet the hairline nish to create a perfect triangle that only the most skilled Grand Seiko cra s- men and women can achieve. The dial, too, is exceptional; its design incorporates the special mark that was used to designate the watches made by the team at Daini Seikosha, the company now known as Seiko Instruments Inc., which developed its rst Grand Seiko hi-beat watch in 1968, 50 years ago this year. This long-remembered mark alternates with the GS initials in a delicate mosaic that radiates out from the center of the dial in a geometric pattern.

Two additional limited editions celebrate the 20th anniversary of the 9S caliber. The rst is in an 18k gold case and the second in stainless steel. Both share the same case design as the V.F.A. cre- ation, the same caliber 9S85 and the same dial design. The gold version, however, is adjusted to the Grand Seiko Special standard and o ers a precision rate of +4 to -2 seconds per day. As with the V.F.A. version, the oscillating weight carries the Grand Seiko lion emblem in 18k gold as a symbol of the enhanced accuracy. 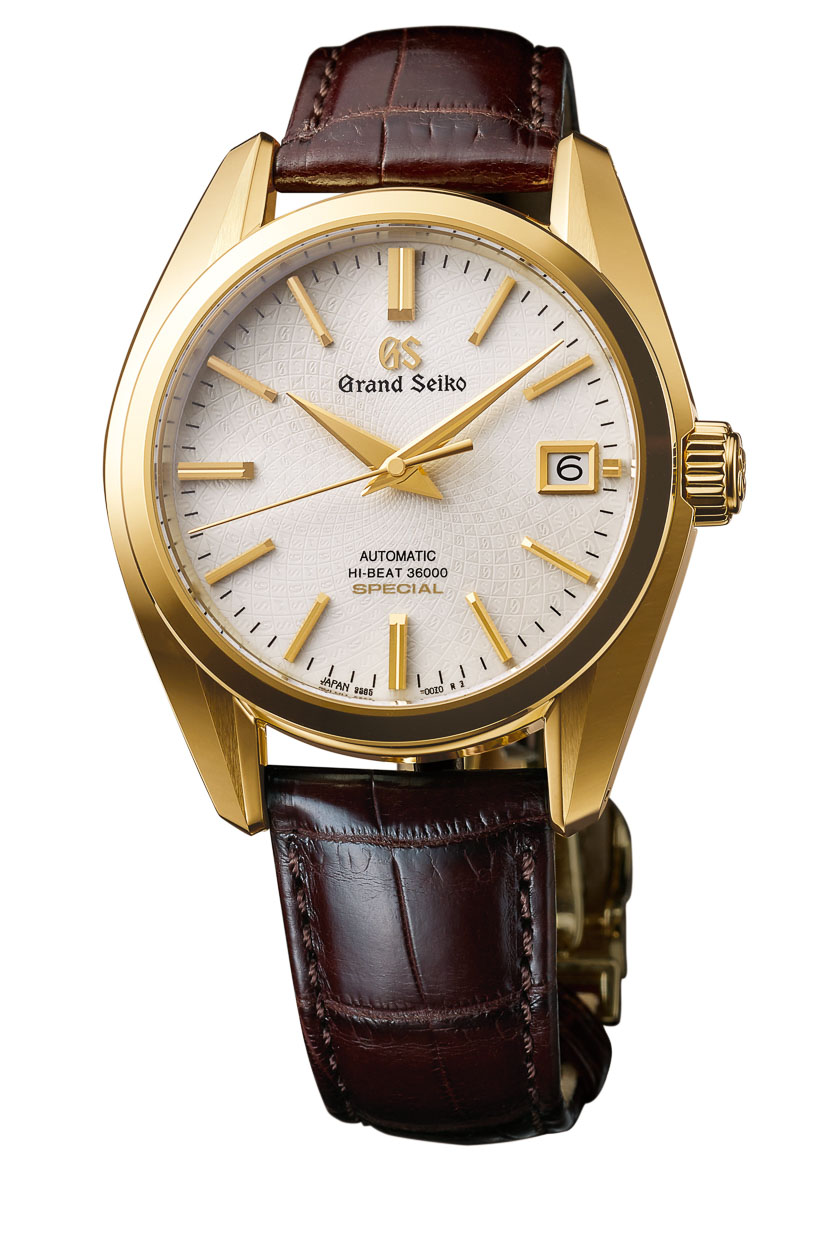 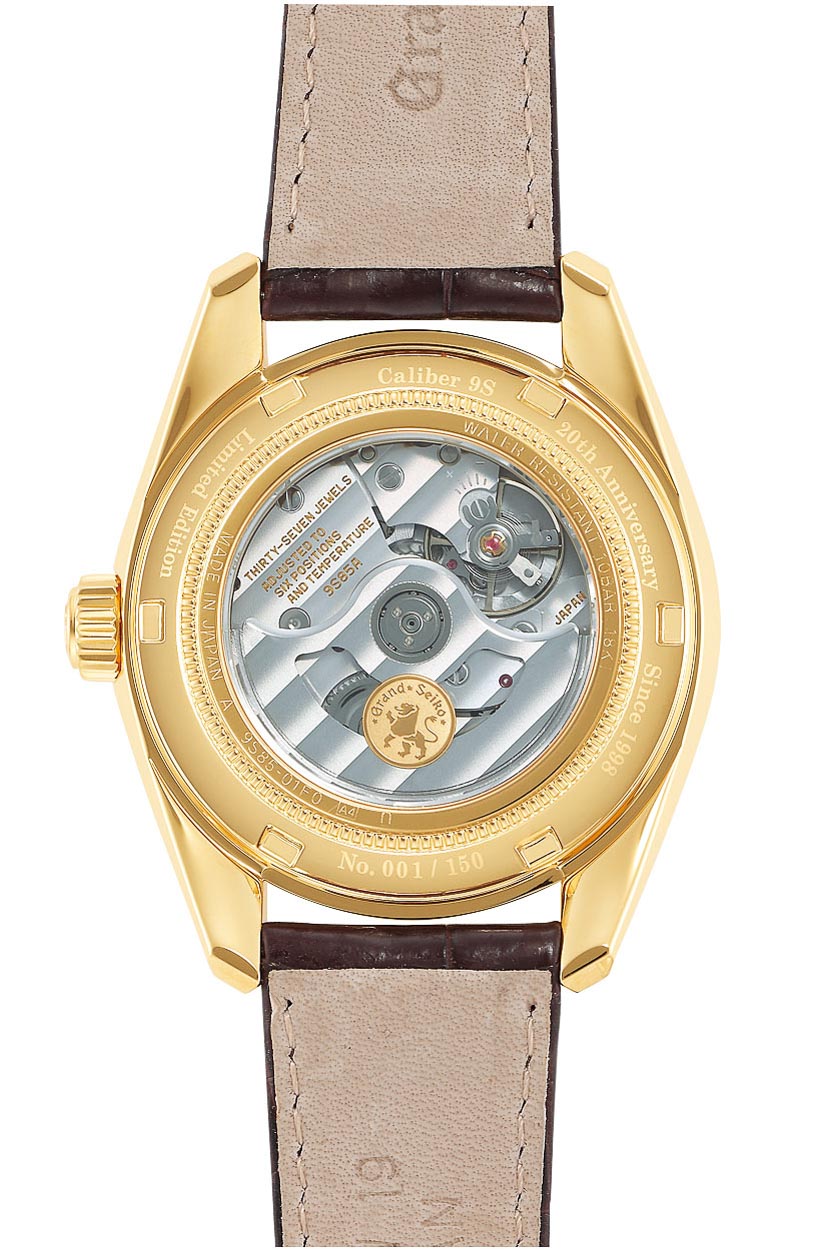 The stainless steel design also has a special oscillating weight. It is made of titanium and tungsten and the titanium surface is colored blue by an anodic oxidation process. This is a surface treatment in which metals are subjected to electrolysis so as to generate artificially an oxide lm. Titanium oxide lm produces color according to the light refraction index, enabling production of different colours by varying the thickness of the oxide film. 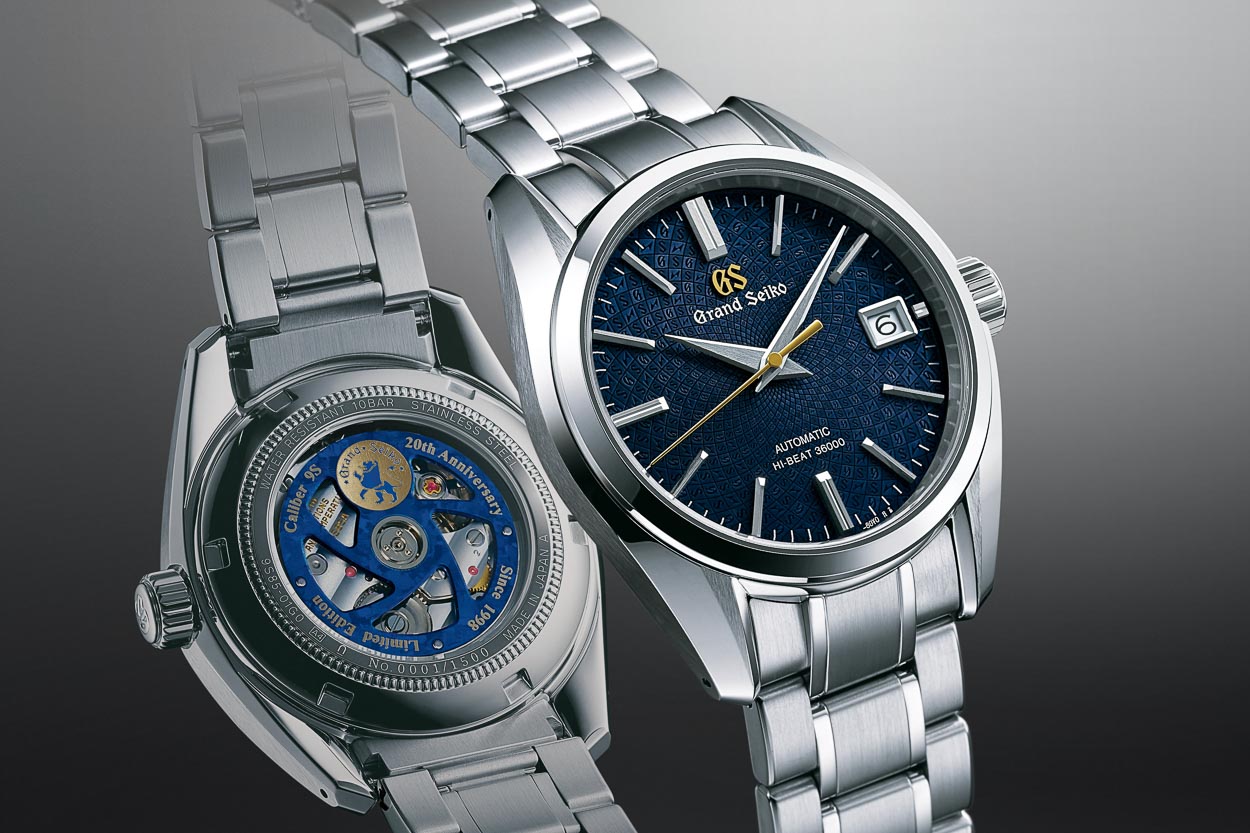 All three limited editions are available from March 2018 at selected Grand Seiko retail partners and the Seiko and Grand Seiko boutiques.