When you think of Louis Moinet you think of creative original designs which are presented at their stunning booth in Baselworld. With an eye for details their watches are truly stunning and eye-catching. We’ve already mentioned this watch before and now we have a closer look at this interstellar timepiece, the Louis Moinet Space Mystery. 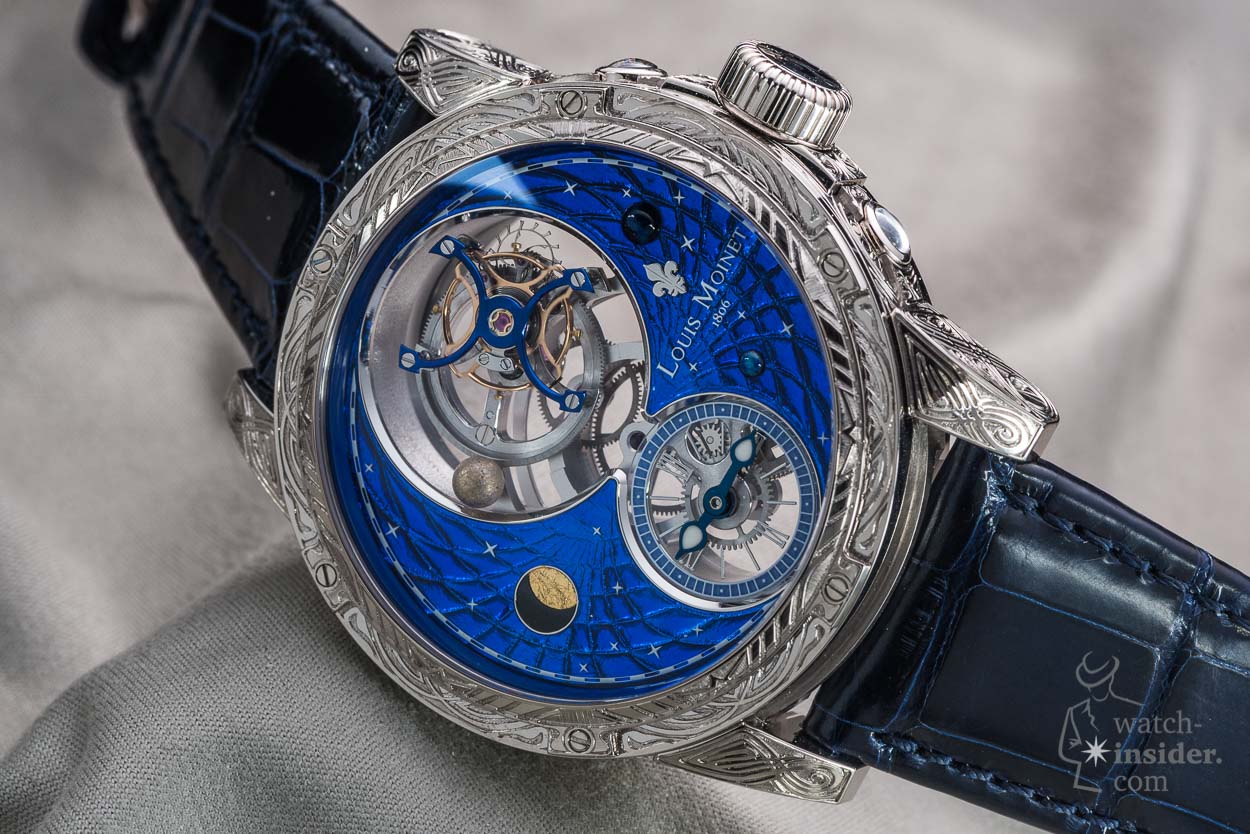 Where to start about a watch like this? With so many details you just keep on discovering new things the longer you study them. Absolute eye-catcher is the large “satellite tourbillon®” with it’s planet revolving around it. Where the toubillon cage itself sits a bit off-centered in the dial opening it’s balanced with a small planet. Revolving every 60 seconds the oversized tourbillon cage measures 13.59mm. Sitting almost 2mm above the dial itself the tourbillon and  attached planet give the watch a lot of extra depth. Something that is enhanced by the large openings in the dial. 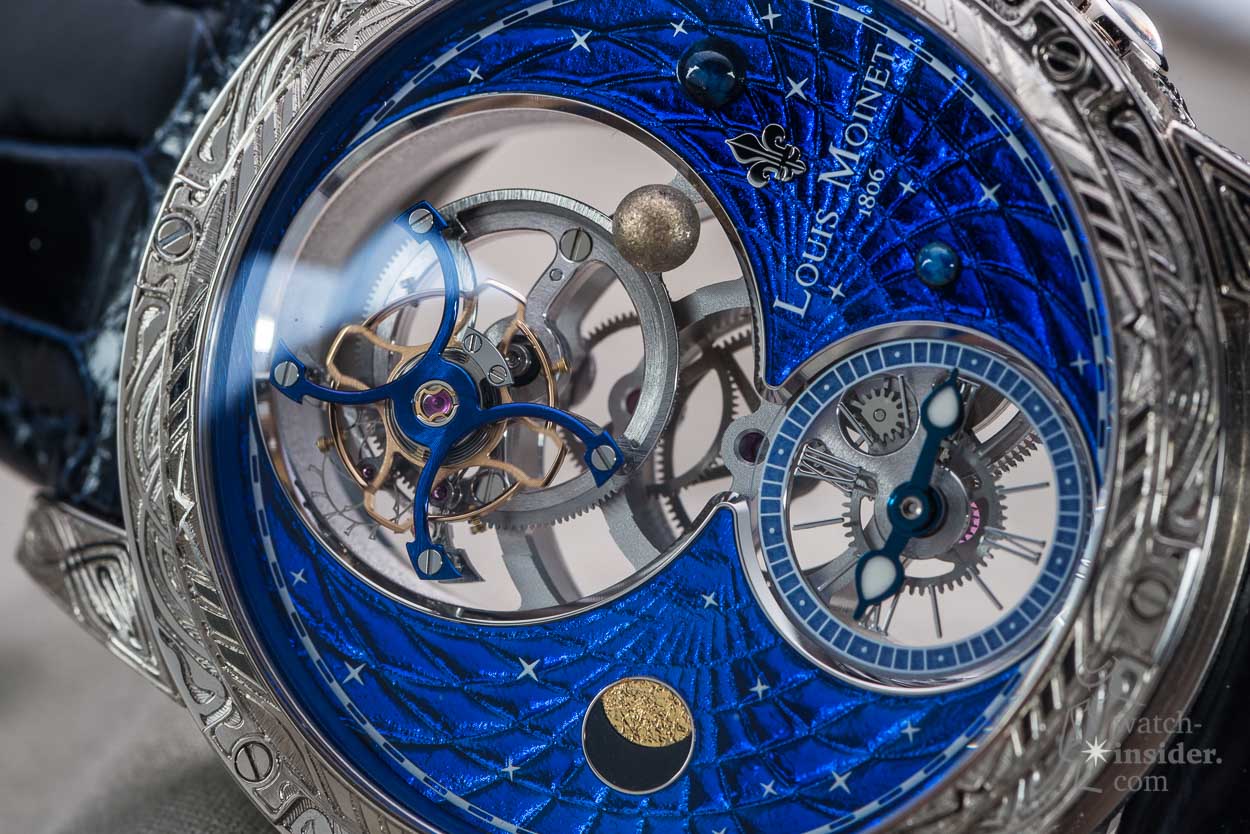 The origins of life?

Next thing it the ‘magic blue’ dial which shows a small time display at 6 o’clock. Underneath the enamel you can still clearly see the hand engravings. Again a technique which shows depth and craftsmanship. At 9 o’clock sits Space Mystery’s most interesting aspect. In a small circular aperture in the dial sits an authentic fragment of the amino acid meteorite.

Amino acids are organic compounds that play a vital role in the cell structure of all known living organisms. To date some 500 different types have been identified. Only 140 are capable of producing proteins, 20 of which form part of the makeup of human DNA which contain the four basic elements of life: carbon, oxygen, hydrogen, and nitrogen. The best-known CM chondrite is the Murchison meteorite that fell to earth in Australia in 1969. Analysis of the meteorite has led scientists to conclude that it alone contained over 200 different amino acids – the probability that it contains the first traces of non-terrestrial life is thus non-negligible. Nobody yet knows exactly where this meteorite came from. The presence of non-terrestrial amino acids could indicate that it came from outside our solar system, over 4.5 billion years ago. Another theory is that it came from a comet, or from the asteroid belt between the orbits of Mars and Jupiter. 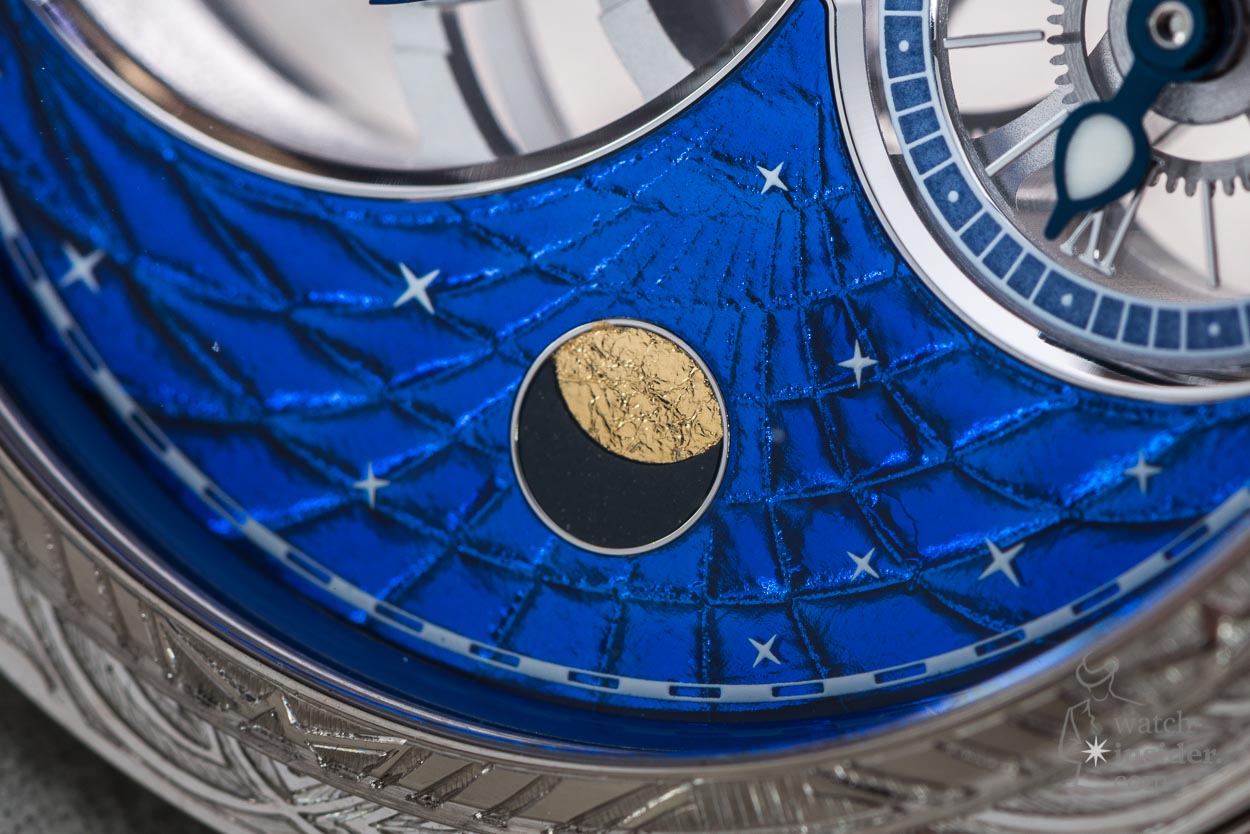 “The origin of the carbonaceous CM chondrite meteorite is a mystery. The presence of non-terrestrial amino acids could indicate that it originated outside our solar system over 4.5 billion years ago,” explains Jean-Marie Schaller. “This was an exceptional creative catalyst for us – and represented a huge responsibility, too. It’s not every day that you get a chance to display the origins of life in the Universe.” 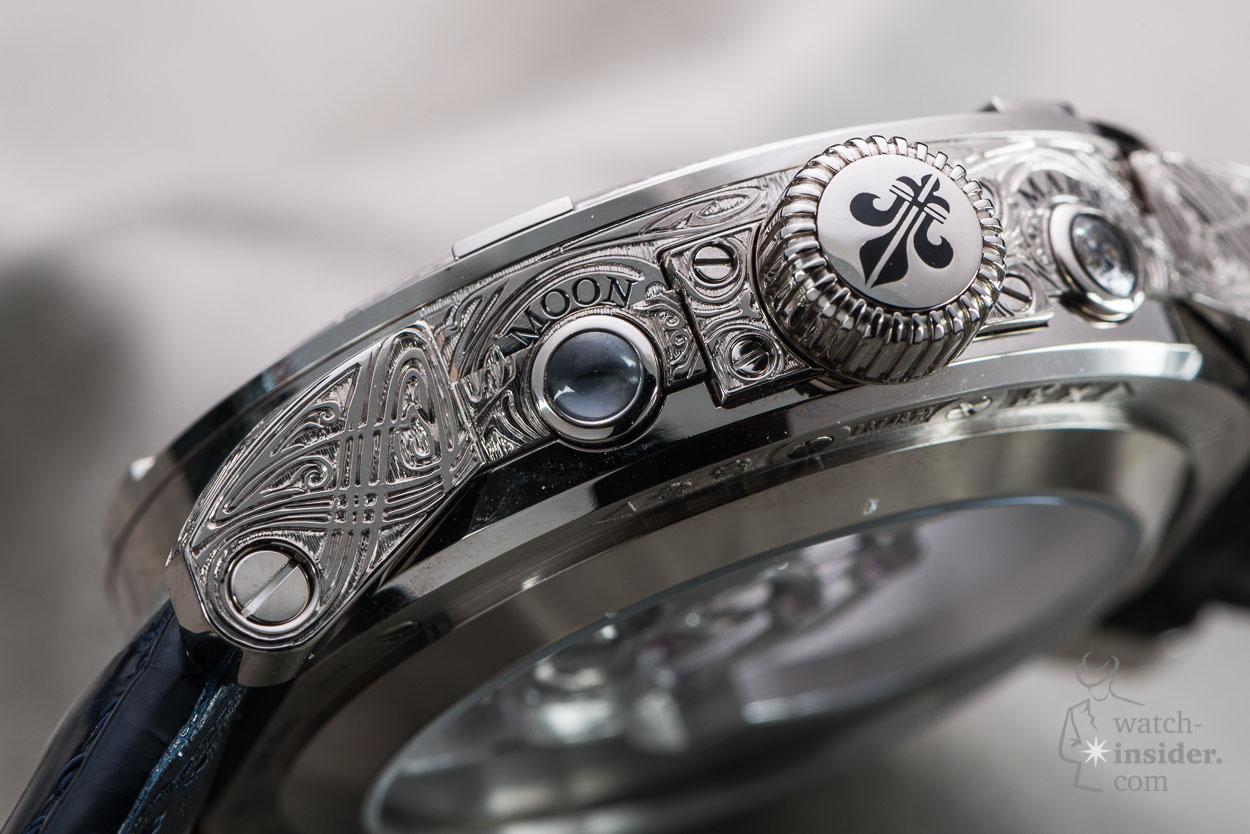 Last but not least the hand-engraved 44mm case which gives it a distinctive look. And the closer you look the more details it will show you. The case-back however is kept plain with the normal information you will find on any watch. Model name, materials used and the limited edition number for each version. On the right side of the case you will find small showcases which hold material from the Moon and Mars. 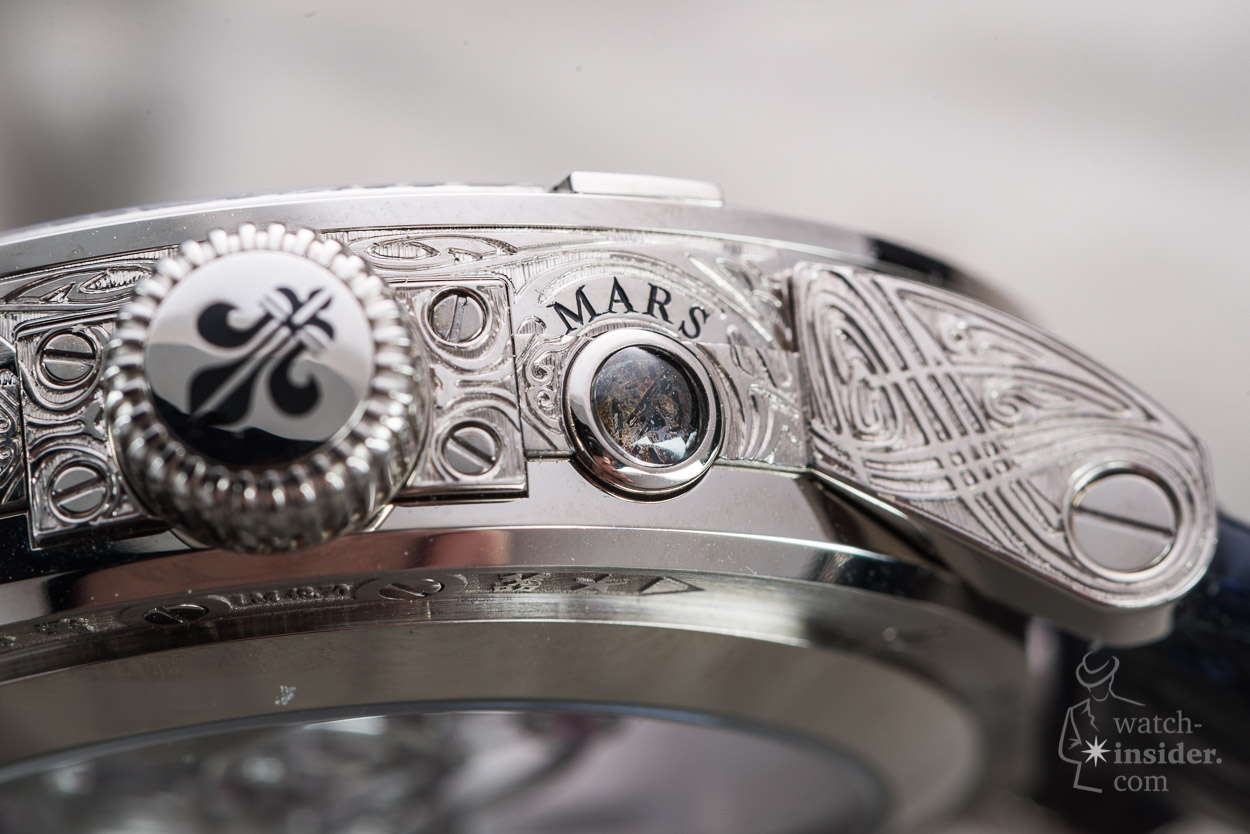 Make sure to check out the Louis Moinet website for more of their creations.