Launched in 2014 for the first time, the MB&F Horological Machine has been delivered in various configurations. Now they present their latest creation once again cased in sapphire but this time it’s fully made of sapphire! Pretty awesome and something that is still quite rare on the watch market. The first two series of HM6, the Space Pirate and Sapphire Vision, were unmanned vehicles. This year, MB&F decided it was time to put someone in the captain’s seat. As the unidentified flying object that is said to have crashed into Roswell 70 years ago they came up with the HM6 Alien Nation, fully equipped with an alien crew. 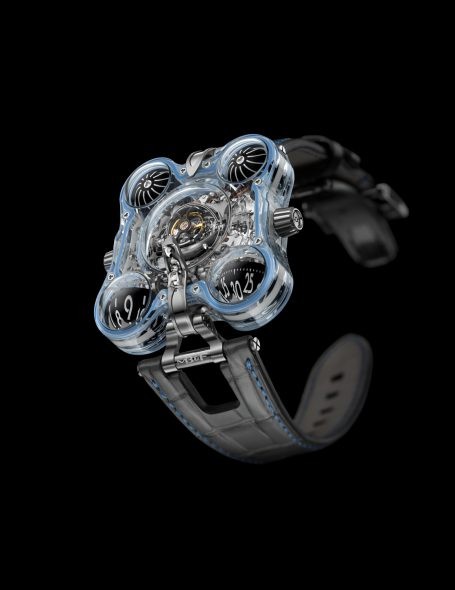 MB&F founder Maximilian Büsser says, “I first came to love watches because I saw them as these machines that were imbued with life.”

HM6 Alien Nation is the literal expression of this. All of the aliens travelling along have a dedicated job to do on the HM6. Fixing the turbines in the aft, adjusting the gears, hand on throttle, scanning the space ahead. All are dedicated to their function, frozen into micro-sculptures of white gold. Bursting with energy except for one particularly large fellow just out of sight of his captain. Each of the six aliens are individually modelled and hand-sculpted in white gold by engraver Olivier Kuhn. Each alien required up to 34 hours to complete which comes down to over a month of full-time work for the crew of six. 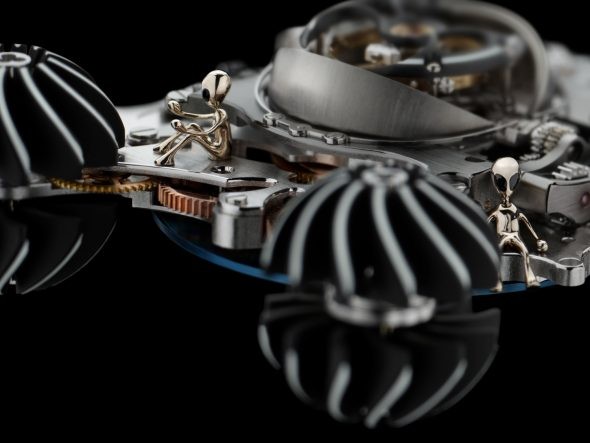 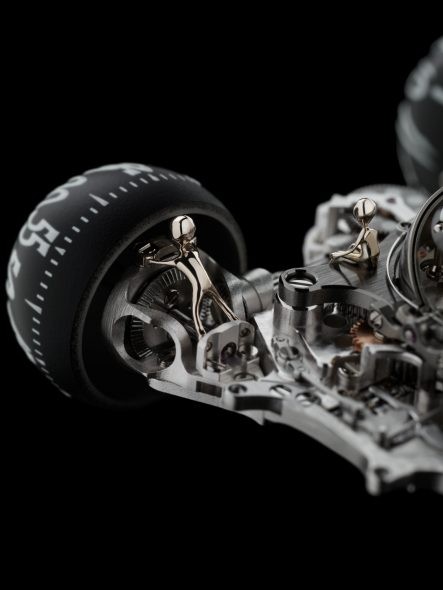 HM6 Alien Nation is completely transparent with it’s case that is crafted entirely out sapphire crystal. Reinforcing elements are made in Grade-5 titanium. In total 12 separate blocks of sapphire crystal required up to 510 hours of machining and polishing. During the process breakage is unfortunately frequent which reduces hundreds of hours of work to zero… And then comes the assembly of the 12 crystals to a perfectly amd seamless whole. 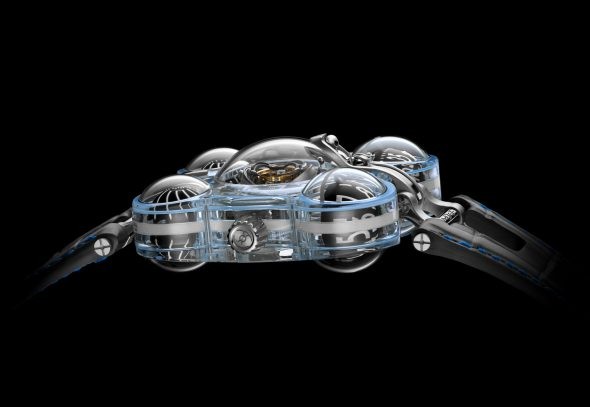 Alien Nation’s crystal-clear skin reveals the radical HM6 engine, the result of 3 years of intense development. The movement is a highly complex and totally unconventional construction of 496 finely-finished components. Topped by a 60-second flying tourbillon with retractable shield. The mechanism drives twin hour and minute domes rotating perpendicularly to the movement. Regulating turbines are coupled to the winding rotor. The interior of Alien Nation is shot through with thick bands of high-performance luminous material called AGT Ultra. 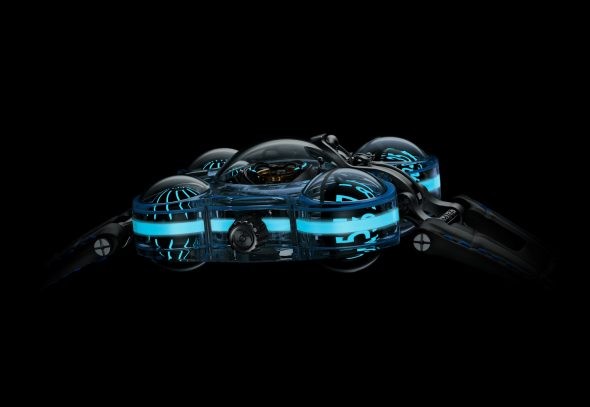 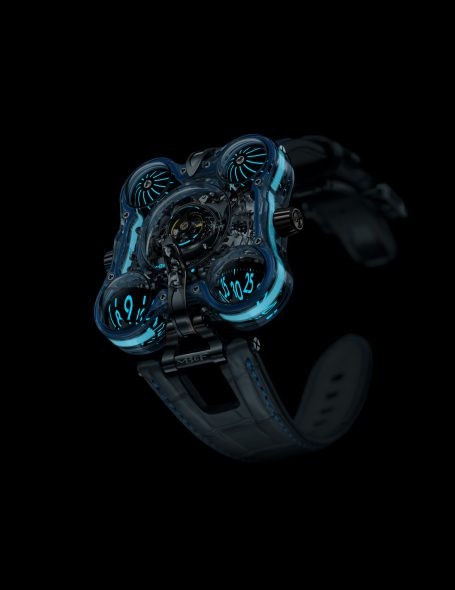 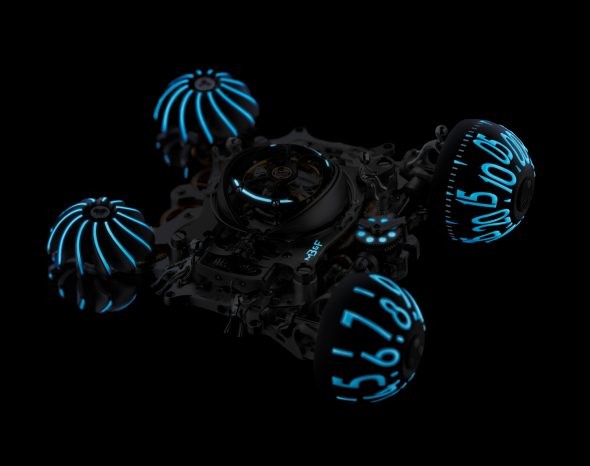 There will be four unique pieces of HM6 Alien Nation, differentiated by their accent colours: green, blue, purple and turquoise. Each one is on a mission to seek out a new home on this planet. The truth may be out there, but the course of the MB&F Horological Machine N°6 Alien Nation is locked on Earth. 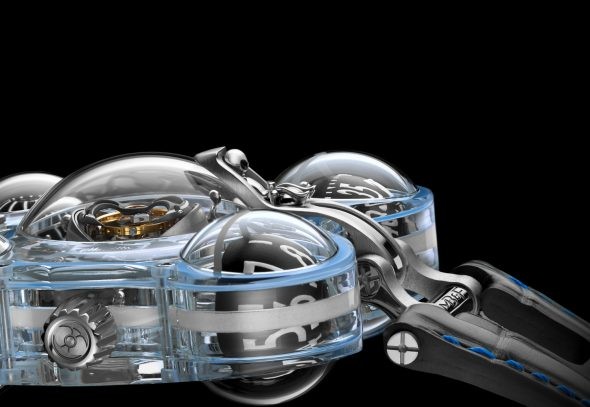 Platinum 950 battle-axe automatic winding rotor matching the version: green for the green version, blue for the blue and turquoise and purple for the purple.

Aliens: manufactured in white gold. There are 5 different aliens inside the movement and 1 on the case.

Super-LumiNova: applied on the turbines, dials, friction wheel, the MB&F logo on the top of the movement and the tourbillon’s bridge battle-axe. Green Super-LumiNova on the green version and blue on the purple, blue and turquoise versions.

Gaskets: Gaskets matching the AGT Ultra colour. Blue gasket for the AGT blue, green with the AGT green, purple with the AGT purple, and light blue for the turquoise AGT.