Felix is the name of a new wristwatch fitted with the first Habring2 in-house calibre. Listen to my interview with Richard Habring and see first exclusive pictures of the calibre A11 and Felix.

I am sure many of you know Richard Habring. He successfully worked as a movement developer for IWC in Schaffhausen and later for A. Lange & Söhne in Glashütte. During his time with IWC he developed the legendary Doppelchronograph-mechanism. The IWC Doppelchronograph was one of the very first real big chronographs ever presented to the markets and kicked off the size development of watches after being a huge success for IWC.

Whilst working for A. Lange & Söhne Richard met charming Maria. The two married and decided to start their own business: They named the brand Habring2 . This was end of September 2004.

Since then Maria and Richard presented a variety of watches all based on the gear train of the ETA 7750/7760 and Valgranges-calibres.

Richard Habring just used the ETA-calibres as a base for his own developments. Amongst them a Foudrayante, a jumping second, a chronograph operated only by one crown called COS (Crown Operated System), a split second chronograph and several tourbillons.

Habring2 only sells 12 watches per model a year, so the total output today is about 150 watches per year. Exclusivity is guaranteed!

Habring2 produces in Austria, since Richard Habring is Austrian. Habring2 today is the only active watch manufacturer in Austria. Habring2 also is the biggest trainee for watchmaker apprentices in Austria. Actually three apprentices are trained in Völkermarkt in Carinthia at the HQ of Habring2.

I invite you to listen to Richard Habring. In our conversation he will tell how everything started

These are the watches Richard talks about…

2007 The Habring2-calibre A07 with jumping second replaces the Chezard-calibre. It is based on an ETA-Valgranges calibre

2008 Chrono COS operated only through its crown

2011 The jumping hour is now offered also with various complications such as date, power reserve, second zonetime function, moon phase, calendar functions and even with tourbillon. More and more essential parts for the calibres A07, A07M, A09S and A09MS are now produced in-house.

2012 Chronograph Doppel 2, a split-second chronograph-function fully developed in-house and based on a ETA-Valgranges-calibre. 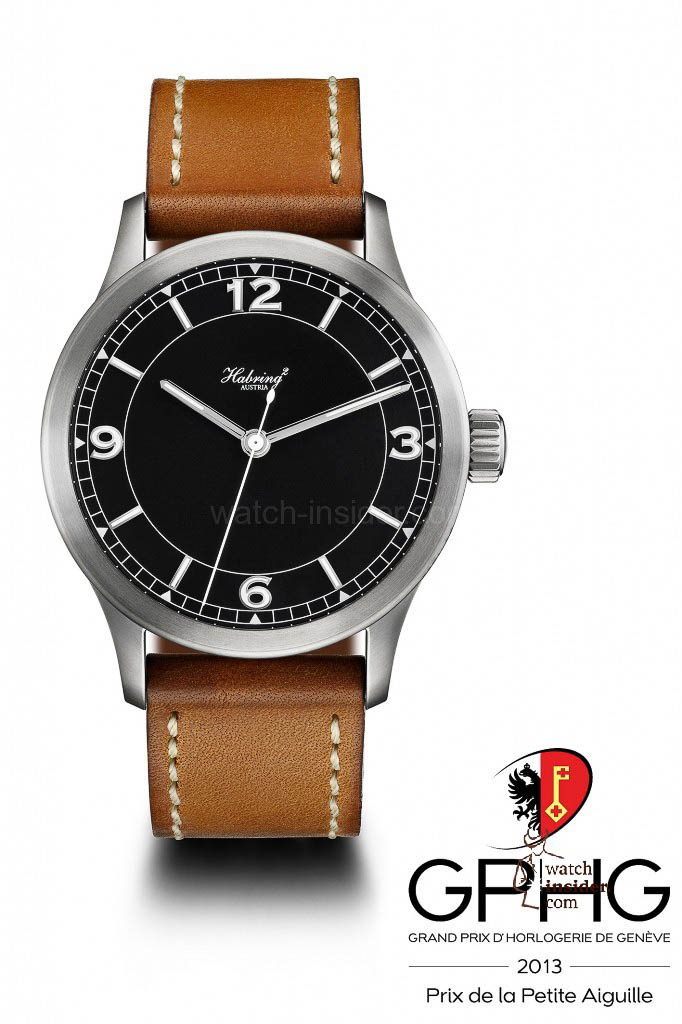 2013 Habring2 Jumping Second Pilot. The watch won the first price at the GPHG in Geneva.

2014 To celebrate the first ten years of Habring2 Maria and Richard will present Felix.