Seiko says: “Ananta brings together two rich traditions. Honed over 100 years, Seiko’s watchmaking skills are fused with the cultural history of Japan to create a collection that is both unmistakably Seiko and uniquely Japanese. For 2013, a new chronograph is added to Ananta with a design that evokes the age of the Samurai. Even among the many remarkable daimyo’s, or regional barons, of the early 17th century, Masamune Date’s is an outstanding story. He fought his first campaign at the age of 14, he succeeded his father as daimyo at 17, he founded Sendai, one of Japan’s great cities, and he was the driving force behind a sea-borne diplomatic mission that reached as far as the Philippines, Spain and even the Vatican City in Rome. As a warrior, he was as merciless as he was successful and he was renowned for the distinctiveness of his armour. His Samurai helmet was topped with a large crescent moon emblem and it is with this most distinctive look that history remembers him today. Masamune Date’s crescent moon helmet is the inspiration for the new Ananta chronograph.”

Now this is the mythic way how Seiko celebrates its first 100 years of wristwatch making and this is the chronograph:

The dial of this new chronograph is a perfect expression of Seiko’s dedication to ultimate refinement and innovation. Isshu Tamura, a noted artist and expert in the Kaga Makie style of lacquer, paints each dial by hand but it is the colors that make this watch unique. The dial itself is a deep blue, a color never before achieved with lacquer and it evokes the richness of the night sky, against which the crescent moon, also painted in lacquer, shines brightly. The effect is stunning; a combination of power and serenity that is the perfect visual metaphor for the richly varied life of Masamune Date.

Inside this new Ananta creation beats Seiko’s mechanical chronograph caliber 8R28. It, of course, has a column wheel and vertical clutch system for precise operation and also incorporates Seiko’s unique three-pointed hammer which ensures the perfect synchronization of the hands’ fly-back. The beauty of the color on the dial is perfectly visible, thanks to Seiko’s proprietary anti- reflective coating which eliminates 99% of light reflection, even in bright sunlight.

The Ananta chronograph is offered in a limited edition of 300, each with its own serial number engraved on the case back. It is part of the Seiko 100th anniversary collection, which celebrates the centenary of Seiko’s very first wristwatch, the Laurel, created in 1913. 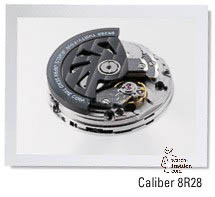 Written By
Alexander Linz
More from Alexander Linz
The watch with Instant Jumping Hour and Retrograde Minute is equipped with...
Read More

3 replies on “Since 1913 Seiko is manufacturing wristwatches. Let me show you the Seiko Ananta ‘100th Anniversary’ Chronograph”