The Fifty Fathoms has been the archetypal of modern diver’s watches. No doubt! Should Blancpain due to its 60th anniversary have presented a new version of the original Fifty Fathoms? No!

It was clever instead to launch a new iconic model based on the Fifty Fathoms. Inspired by the abyssal underwater exploration of Swiss adventurer Jacques Piccard, Blancpain’s Bathyscaphe diver’s watches were introduced in the late 1950s as models for both men and women. Imbued with the spirit of these historical models, the new Fifty Fathoms Bathyscaphe offers a reinterpretation of these two models featuring the integration of the latest technical innovations. Various elements of the 2013 version hark back to the first editions. The contours are as sharply defined as those of their predecessors. The hands feature the traditional look of the vintage watches and the date appears through a dedicated aperture. Loyal to the original Bathyscaphe version, the luminescent dot on the bezel serves to ensure the permanent readability of diving times. Testifying to the past while looking firmly to the future, the new models incorporate modern Blancpain calibers renowned for their robustness and reliability. The heart of each of the mechanical self-winding movements beats at 28,800 vibrations per hour. Driven by a constant concern to improve these calibers, a nonmagnetic silicon balance-spring may be admired through a sapphire crystal case-back. In addition to its corrosion-resistant properties, silicon is also extremely resistant to wear and natural ageing.

Another novel feature for Blancpain is the graduated scale in Liquidmetal®. This amorphous metal alloy avoids any deformation and ensures perfect bonding with the ceramic bezel insert. The hardness of these two materials serves to enhance the bezel’s scratch resistance. Like all diver’s watches worth their salt, each model is equipped with a unidirectional bezel activated by turning it counter-clockwise in one-minute increments. During dives, the seconds serves as an operating indicator, while a contrasting dial and luminescent gold hour-markers ensure optimal readability. The new Fifty Fathoms Bathyscaphe is naturally water-resistant to 30 bar, equivalent to around 300 metres. Each model is fitted with a triple-loop NATO strap. This broad and extremely practical wristband is as reliable and robust as the watch itself. Introduced in the 1960s when the British Ministry of Defence was looking for a sturdy strap to equip its military watches, its origins are echoed in its name that is a nod to its reference code: NATO G10. 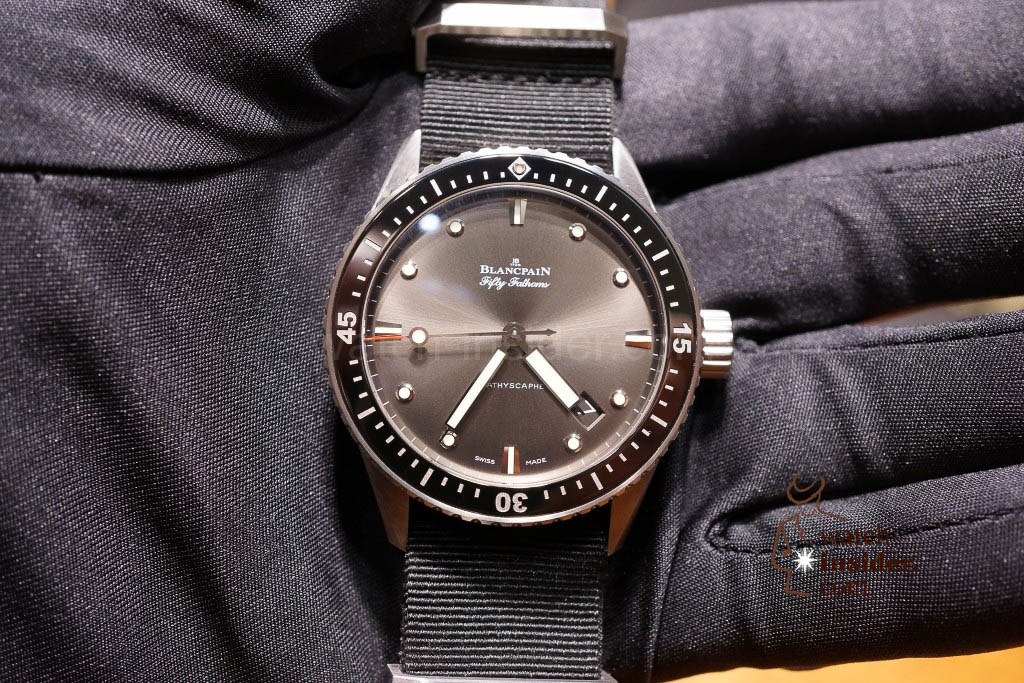 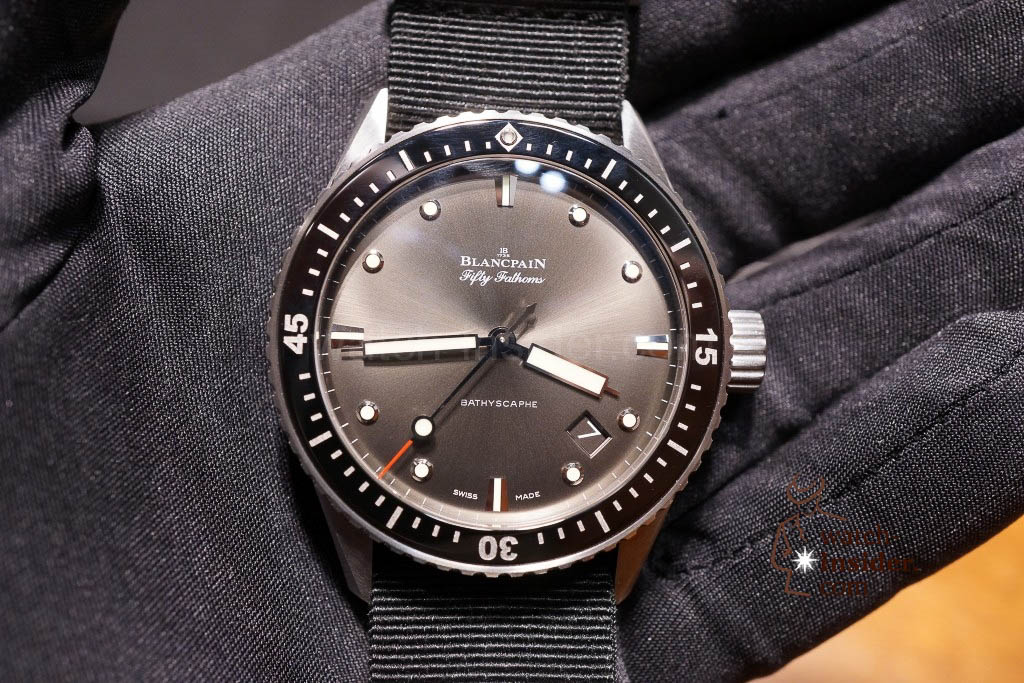 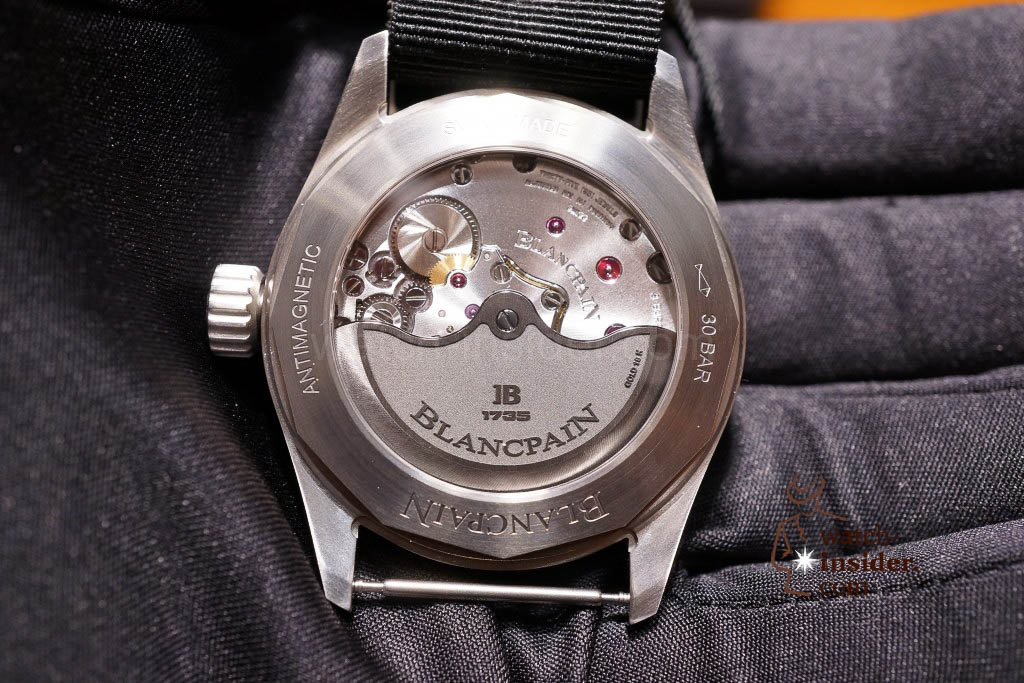 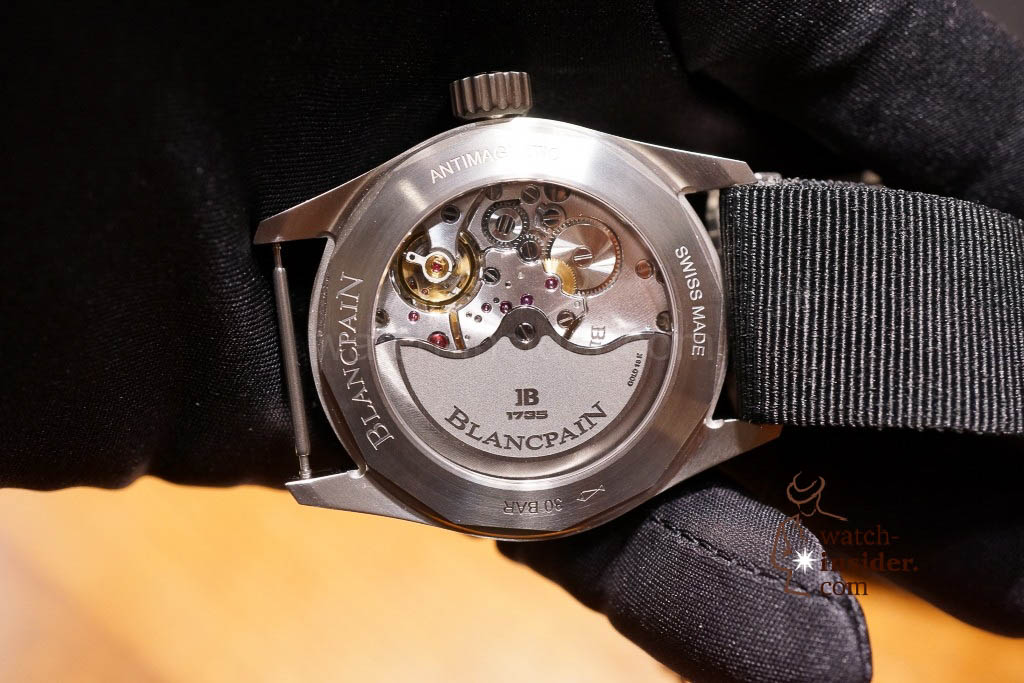 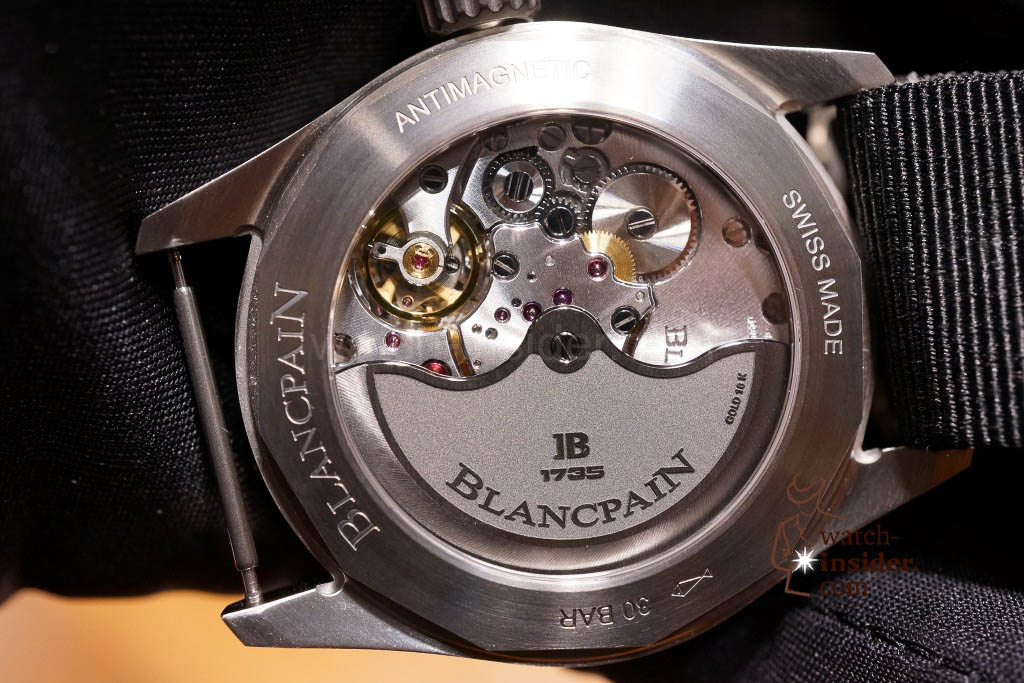 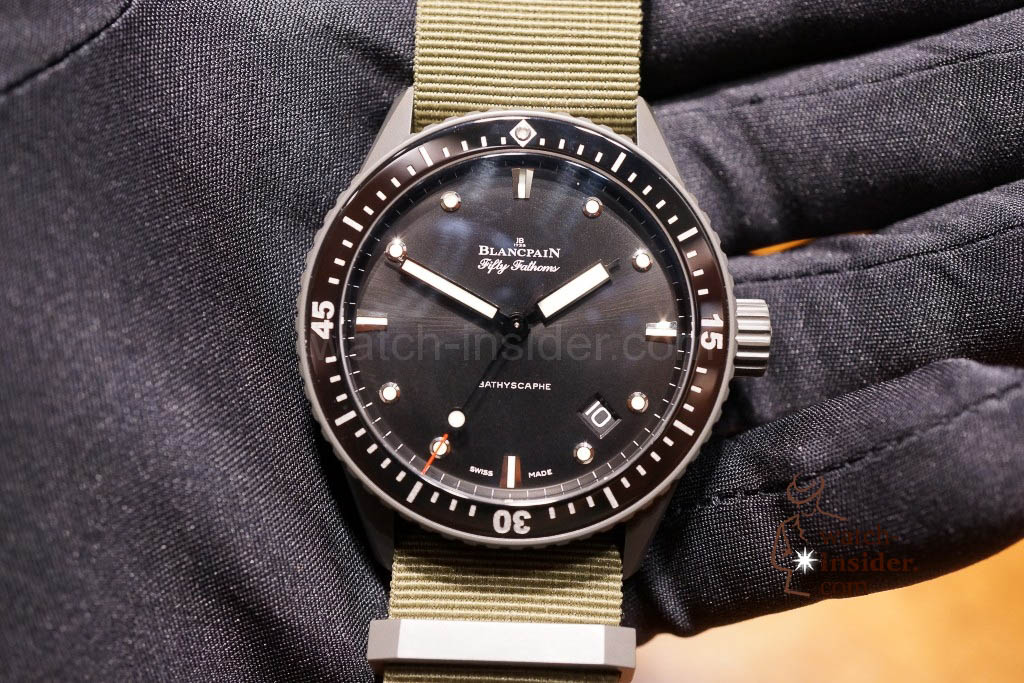 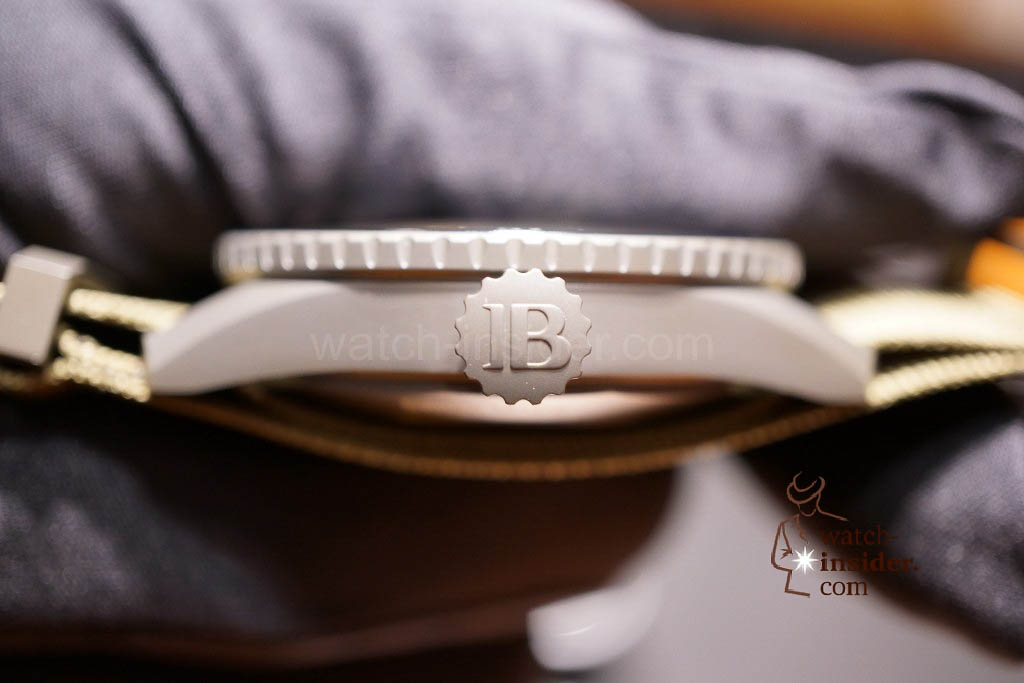 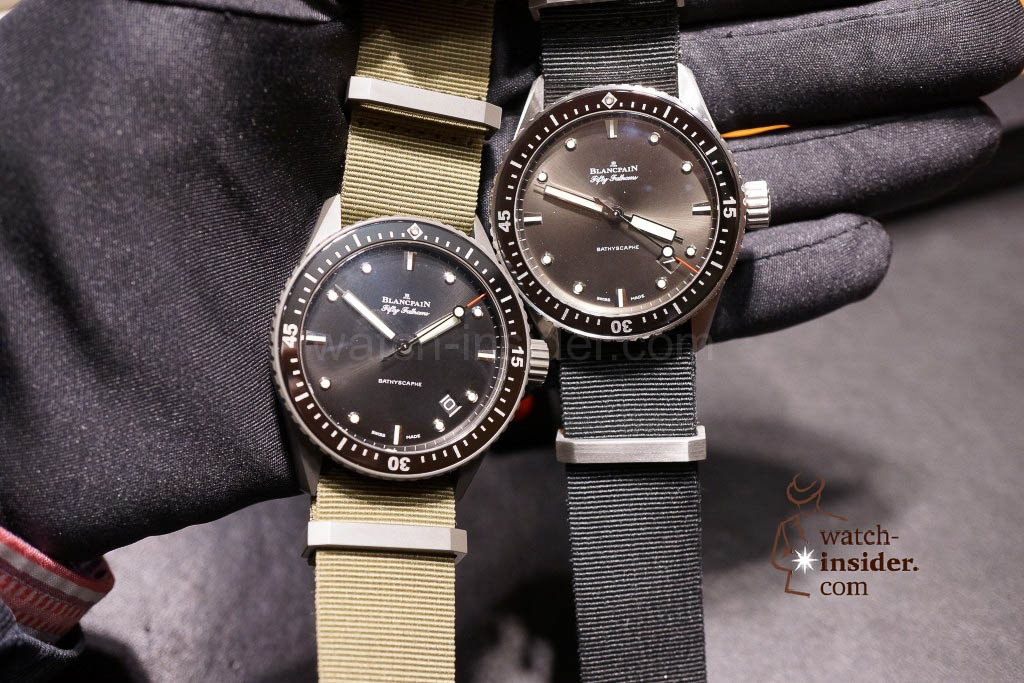 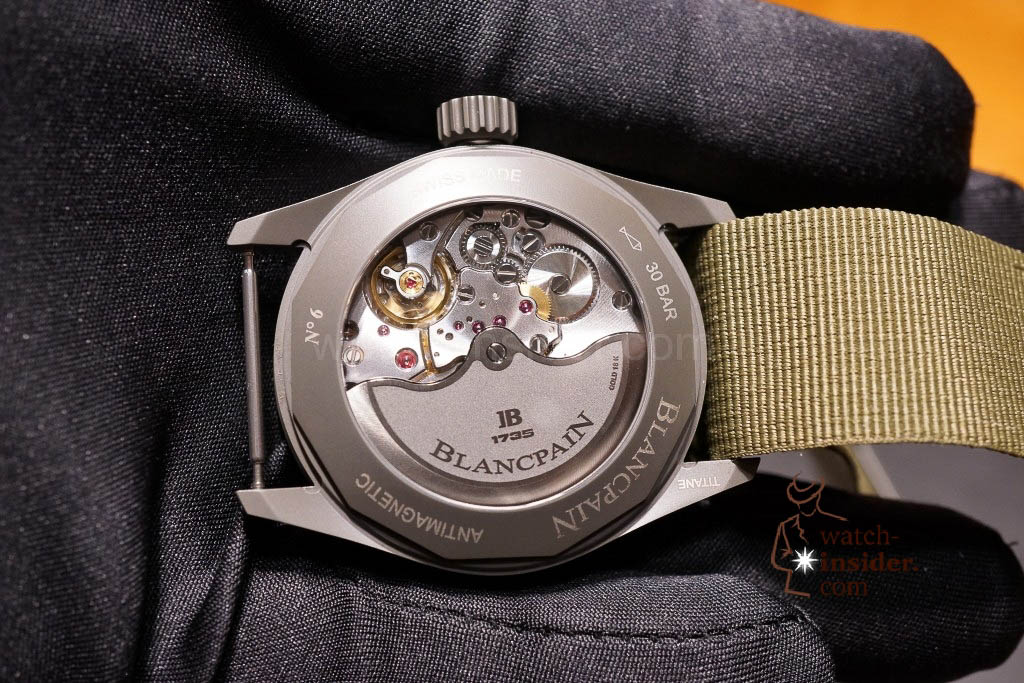 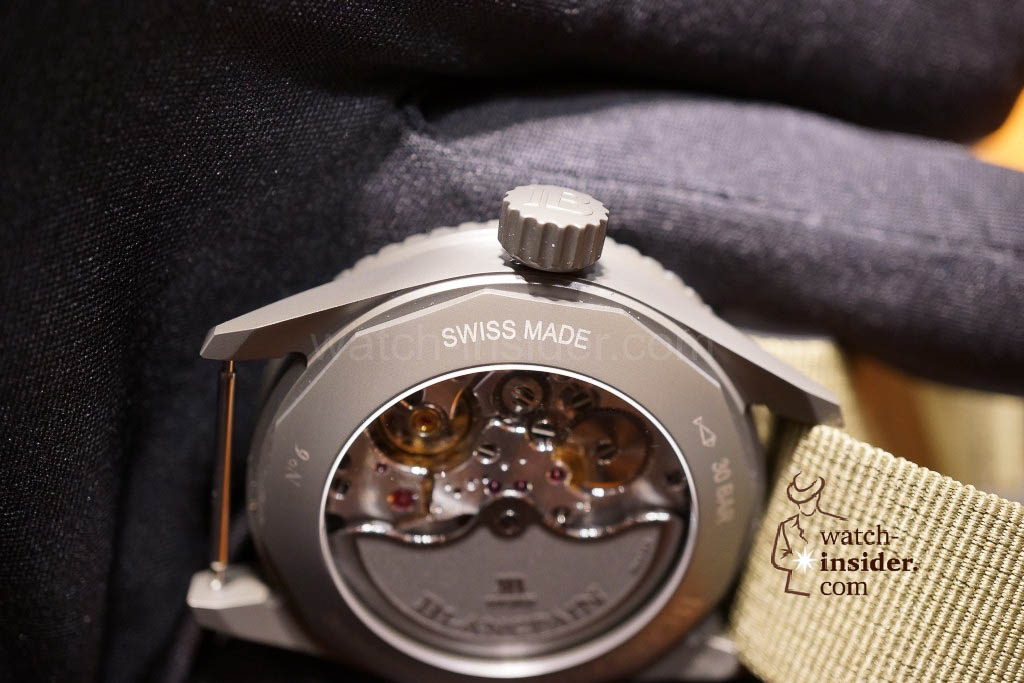 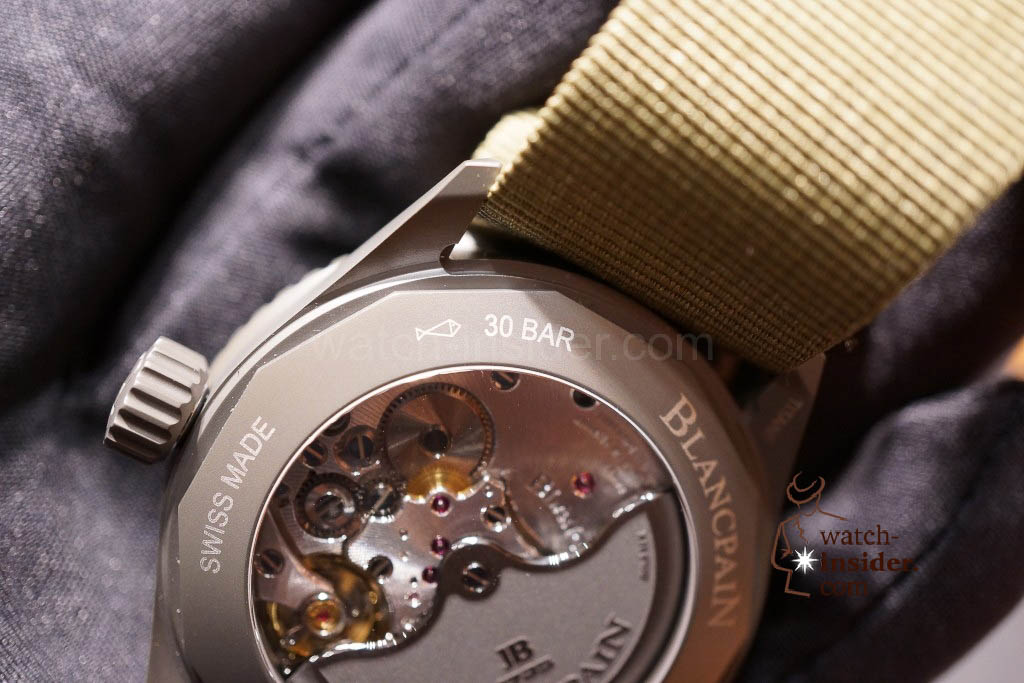 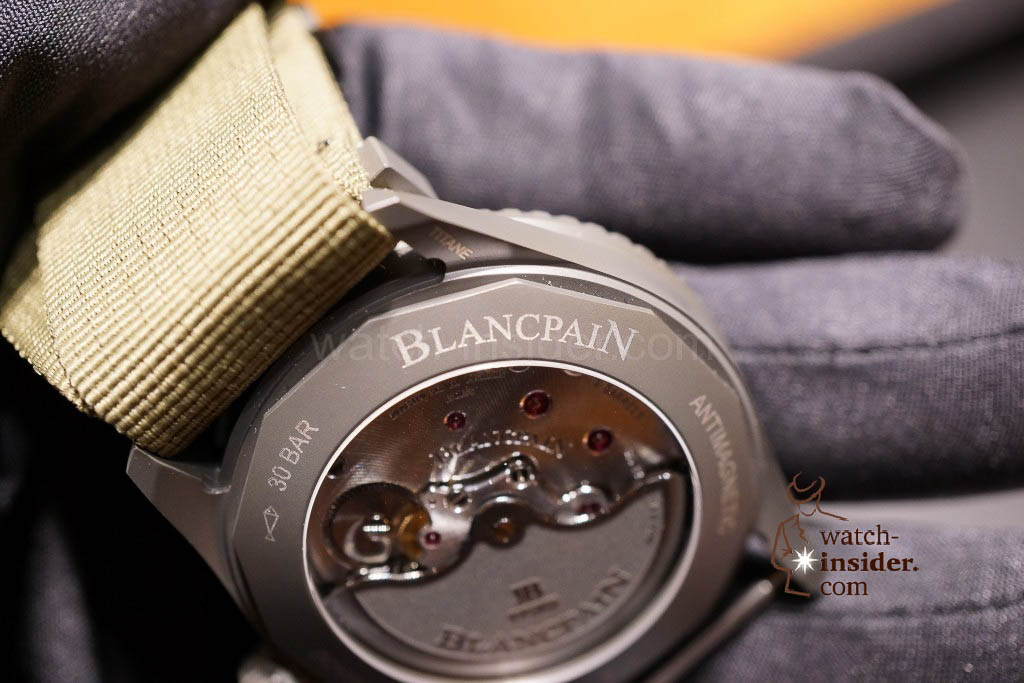 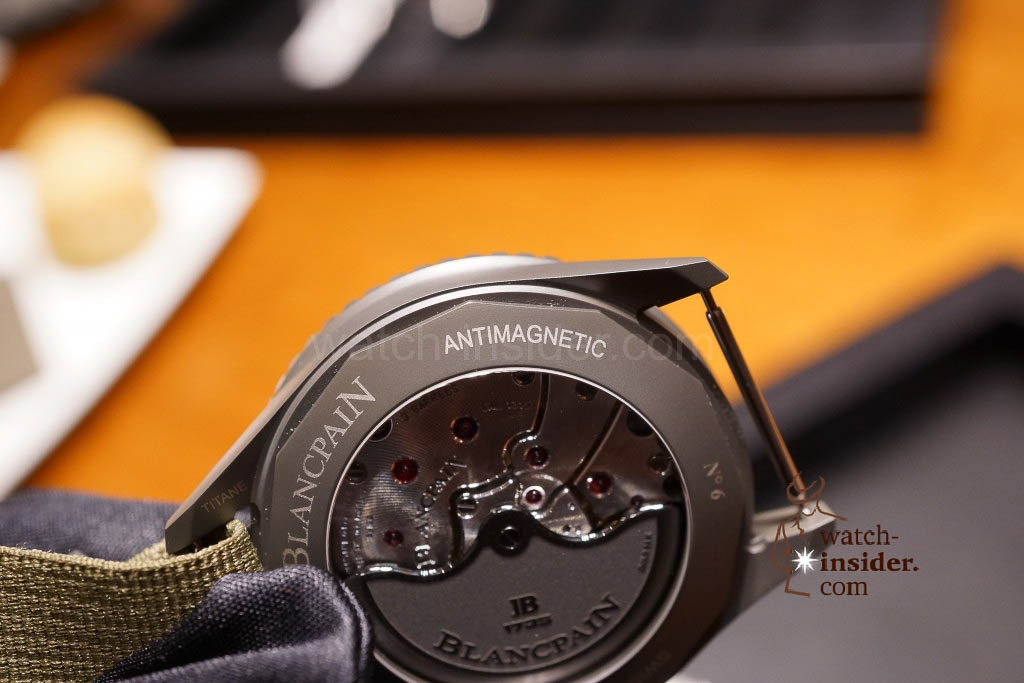 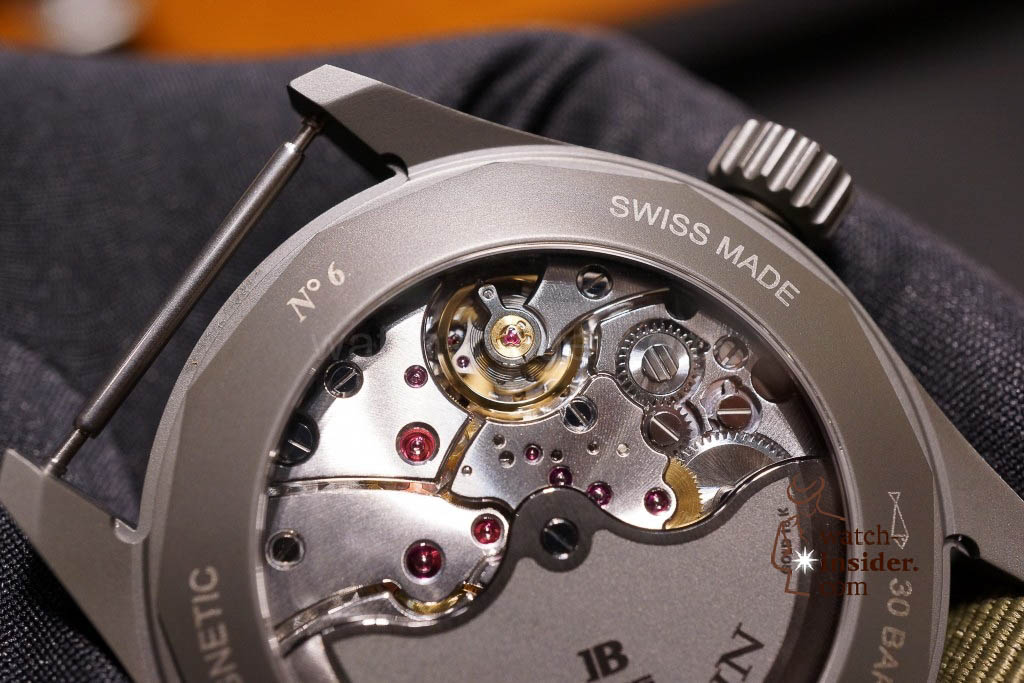 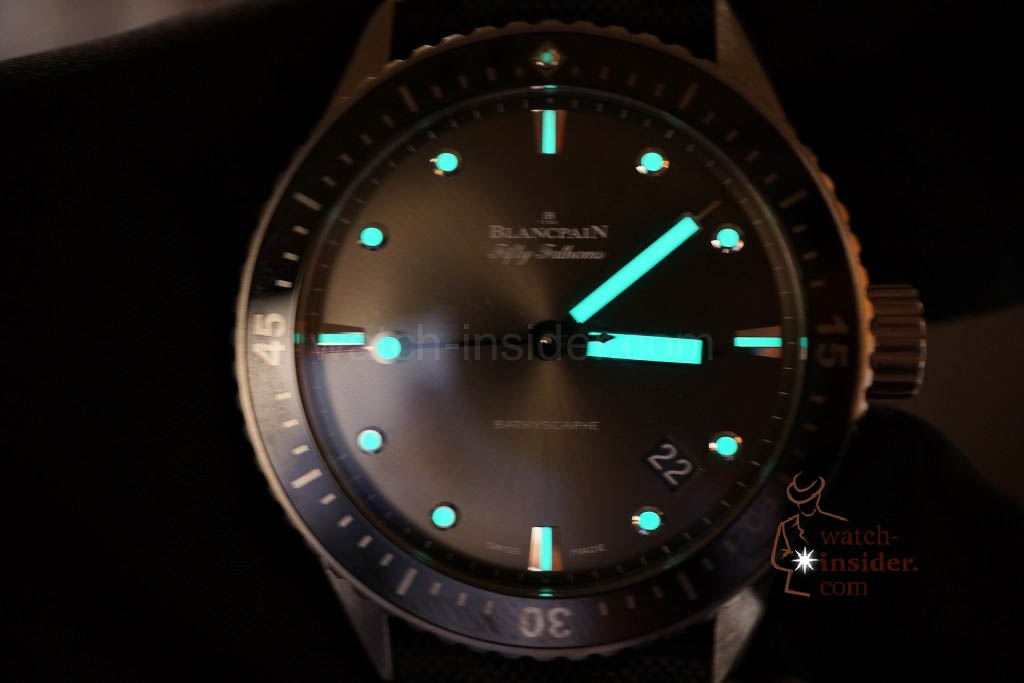 The tourbillon and the carrousel are two of the major devices aimed at reducing gravity-related effects on the running of the movement. For the first time in horological history, Blancpain introduces a wristwatch combining these two regulators in a model equipped with a flying tourbillon at 12 o’clock, a flying carrousel at 6 o’clock, and a date display at 3 o’clock. Ones eye is immediately drawn to the surprising differences and similarities between the mechanisms, as well as to the beauty of their rotation. The two independent carriages are linked by a differential gear system, which transmits the average rate of both regulators to the time display. An external winding crown enables both barrels to be wound simultaneously while guaranteeing their equal winding, thereby endowing this timepiece with impressive precision along with a comfortable seven-day power reserve. The sapphire crystal case-back provides a fascinating view of this mechanism as well as of the power-reserve indication. In reviving the carrousel and opening up whole new vistas for this historical device, the Manufacture from Le Brassus effectively redefined it. It thus offers a genuine alternative to the tourbillon, but is distinguished by the way in which it accomplishes this function. These two systems pursue the same purpose, but differ in terms of their construction. In the case of the tourbillon, the carriage is linked to the barrel via a single gear train, which means that if this mechanical connection is interrupted, the tourbillon also stops rotating. The carrousel is connected to the barrel by two gear trains: the first delivers the energy required for the operation of the escapement, while the second controls the carriage rotation speed. The difference between the two systems thus consists in a more elaborate construction involving more components for the carrousel, but ensuring the smooth cohabitation of both devices is a true challenge and a world first achieved by the watchmakers. The new hand-wound Caliber 2322 measuring 35.3 mm in diameter and 5.85 mm thick is composed of 379 parts including two new silicon balance-springs. 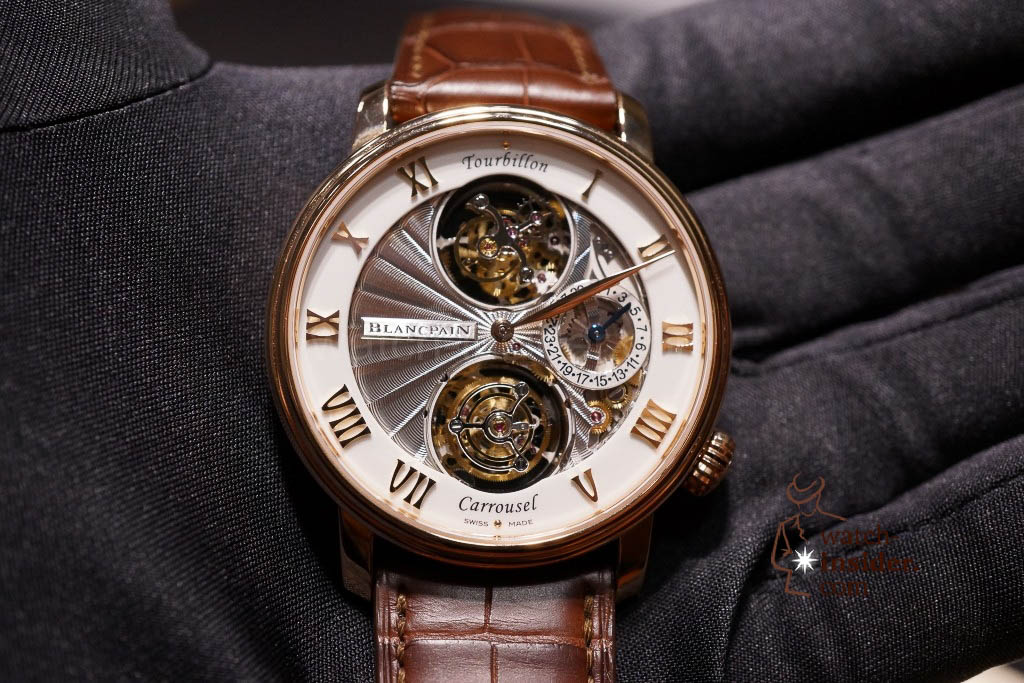 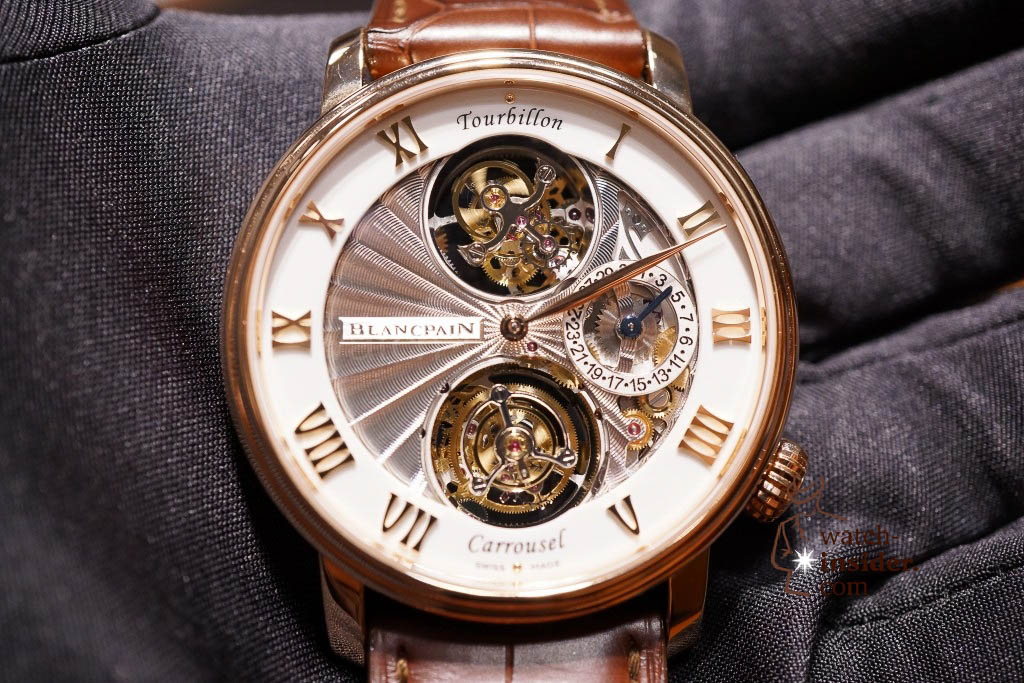 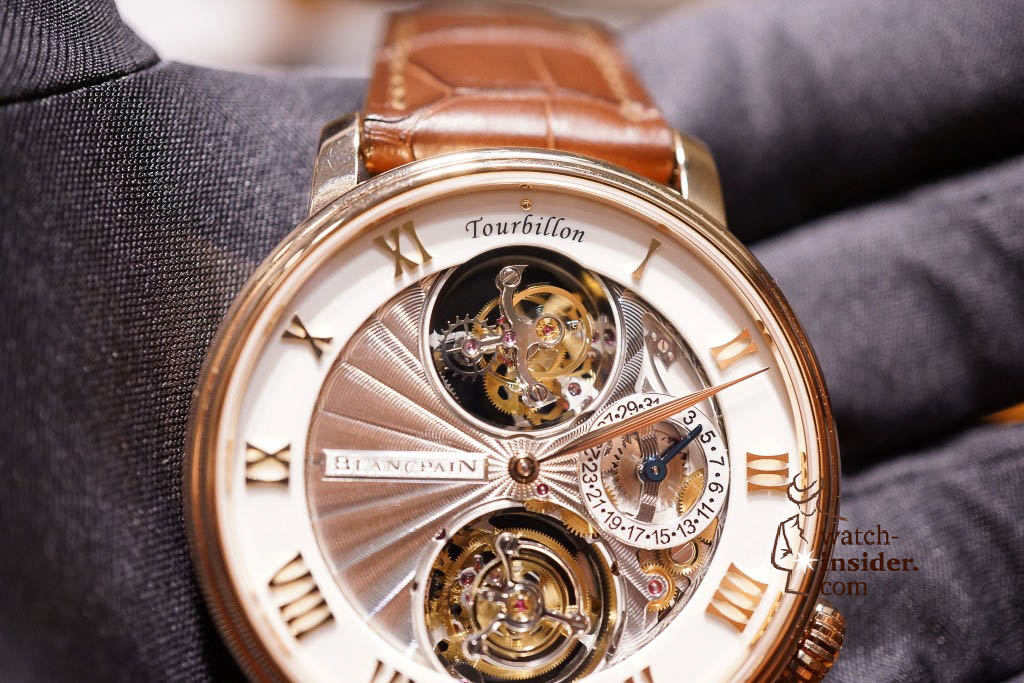 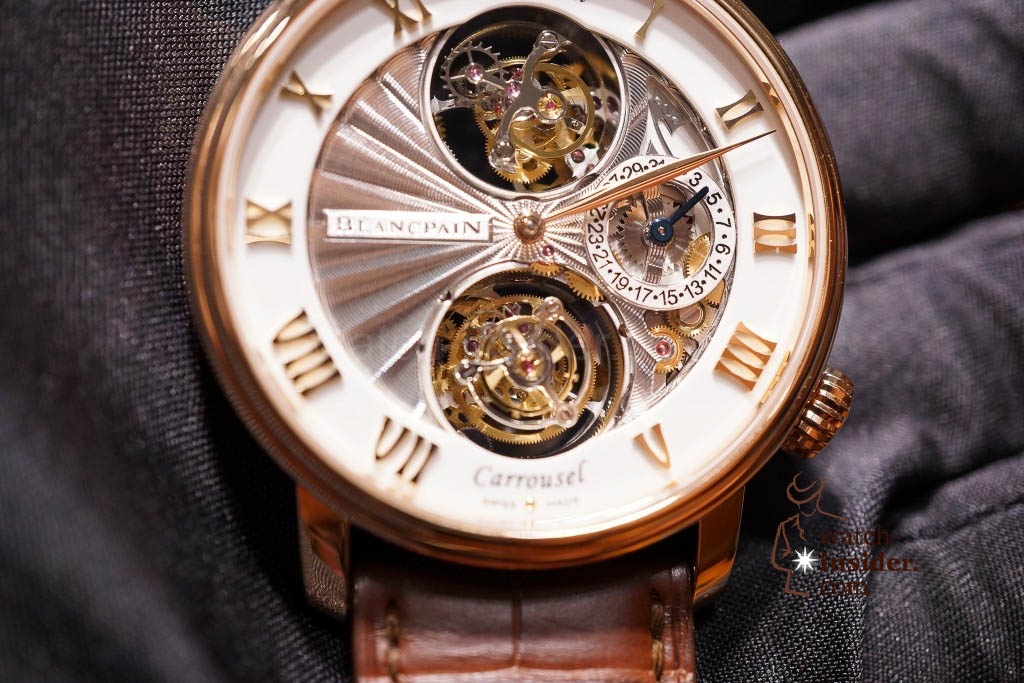 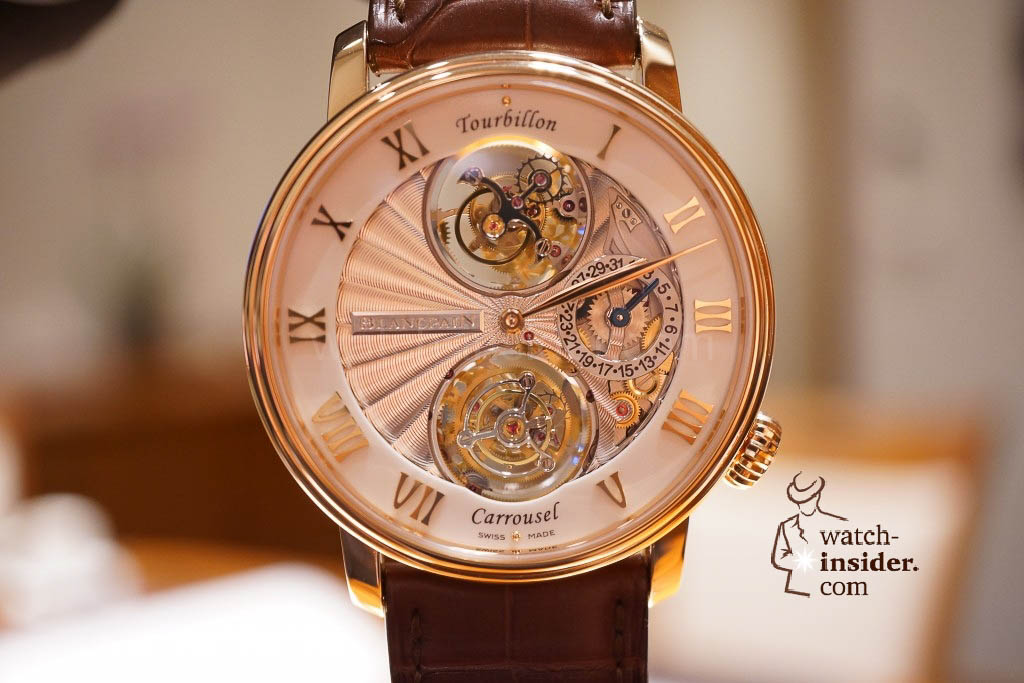 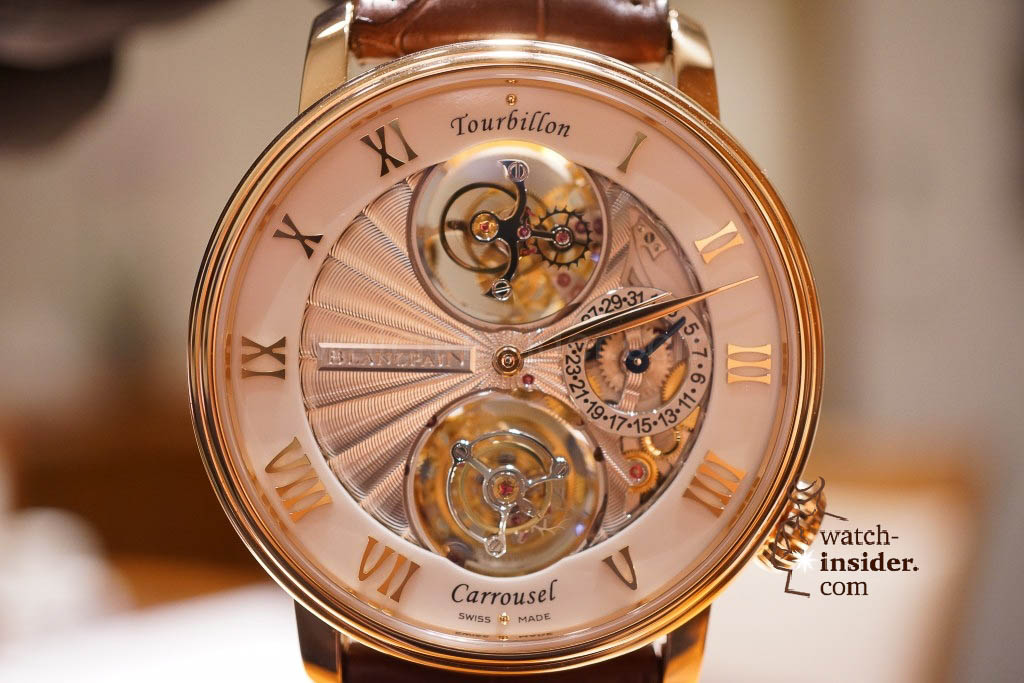 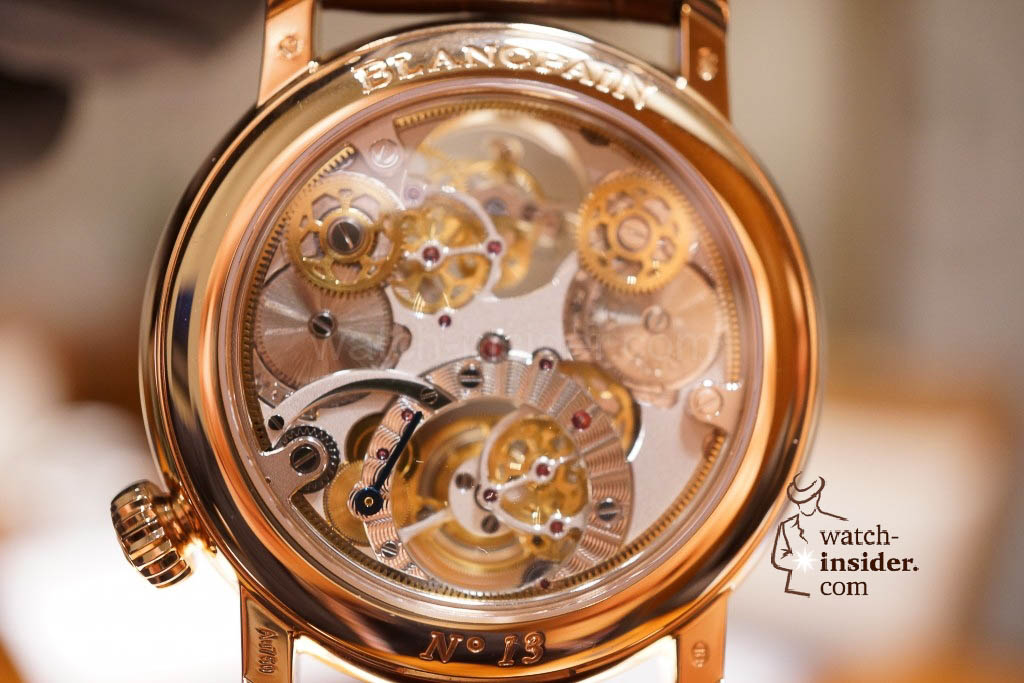 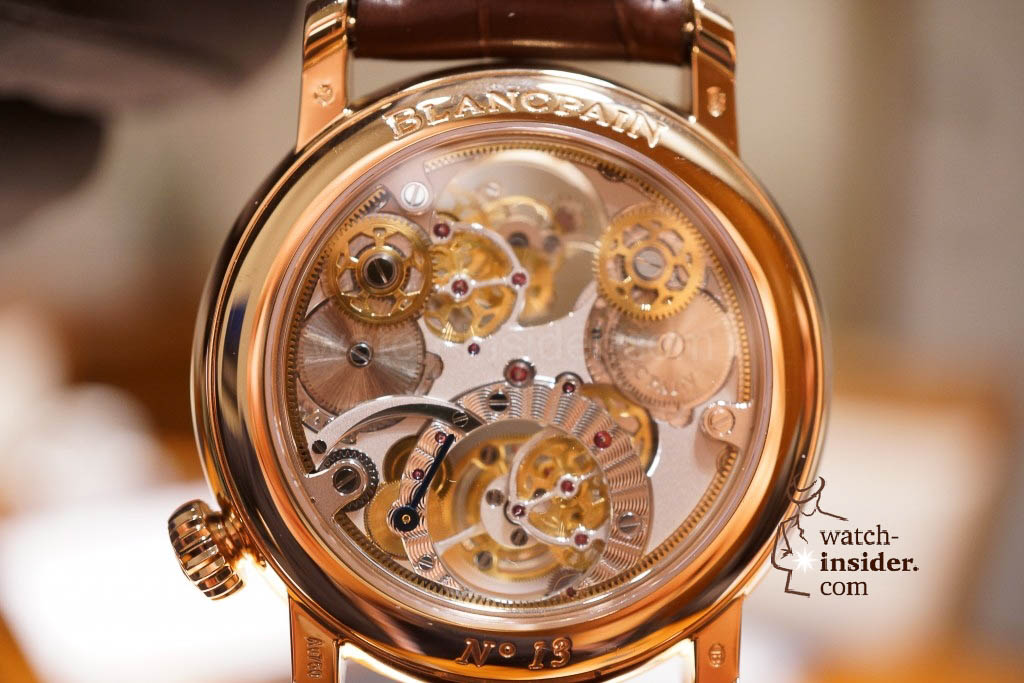 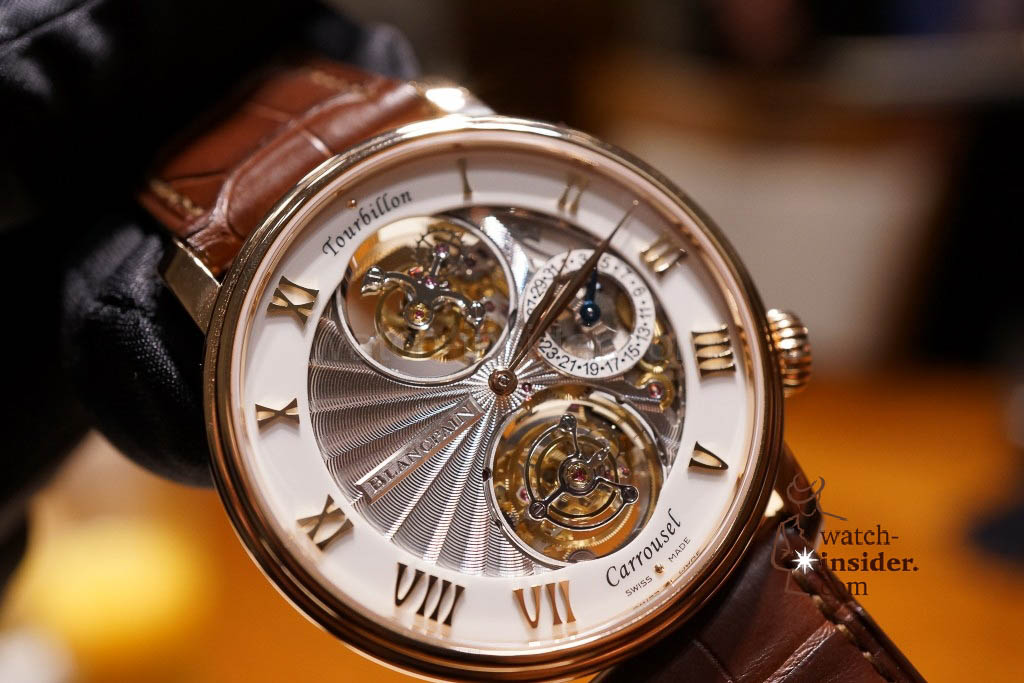 Written By
Alexander Linz
More from Alexander Linz
I already showed you one new timepiece of the Heritage Chronométrie Collection,...
Read More