Less is more! This must have been the driving force when Oris invented the new “Aquis Depth Gauge”.

But no one ever thought about this:  It´s a physical Law which triggered Oris’ invention

Robert Boyle (1627 – 1691) was a leading intellectual figure of the 17th century and one of the founders of modern chemistry. He was the first prominent scientist to perform controlled experiments and publish his work with details concerning procedure, apparatus and observations. He began to publish in 1659 and continued to do so for the rest of his life. It is Boyle’s Law for which he is most famous and which states that if the volume of a gas is decreased the pressure increases proportionally. Since this principle was also independently discovered by the French Edme Mariotte (1620 – 1684) the law was finally named after both scientists.

Oris product engineers were the first to apply the Boyle-Mariotte Law into the top crystal of a watch by milling a small channel into the side of a sapphire crystal. The channel runs anti-clockwise round the sapphire glass, stopping between one and two o’clock. At 12 o’clock, an inlet leads to this channel. The special sapphire crystal is about 50% thicker than an average watch top crystal, domed and anti-reflection coated on both sides. Oris patented this invention in 2012. 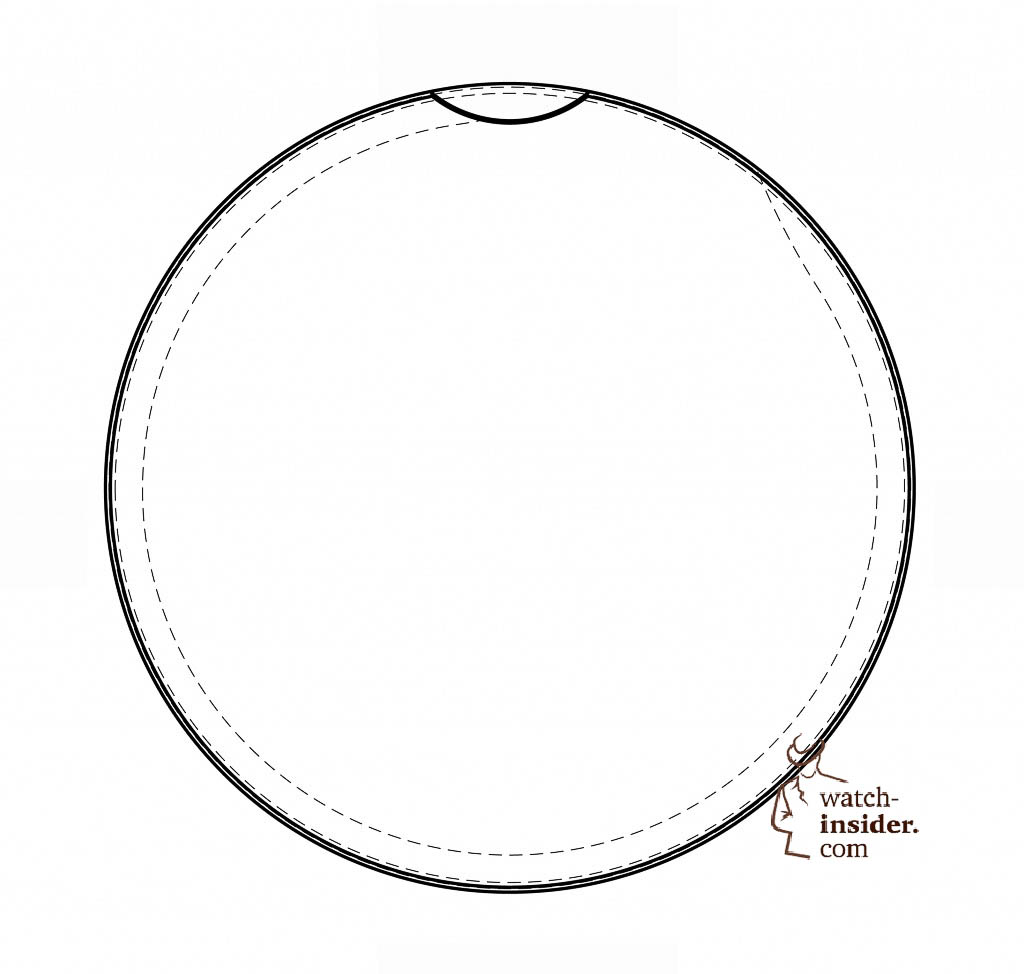 Oris used a proven diver case from the Aquis collection and combined it with the newly invented sapphire crystal. The join between the crystal and the case is sealed by a Zytel® gasket. Despite the milled channel the Oris Aquis Depth Gauge is water- resistant to 50 bar/500m, thus providing the highest protection to the mechanical movement with automatic winding. 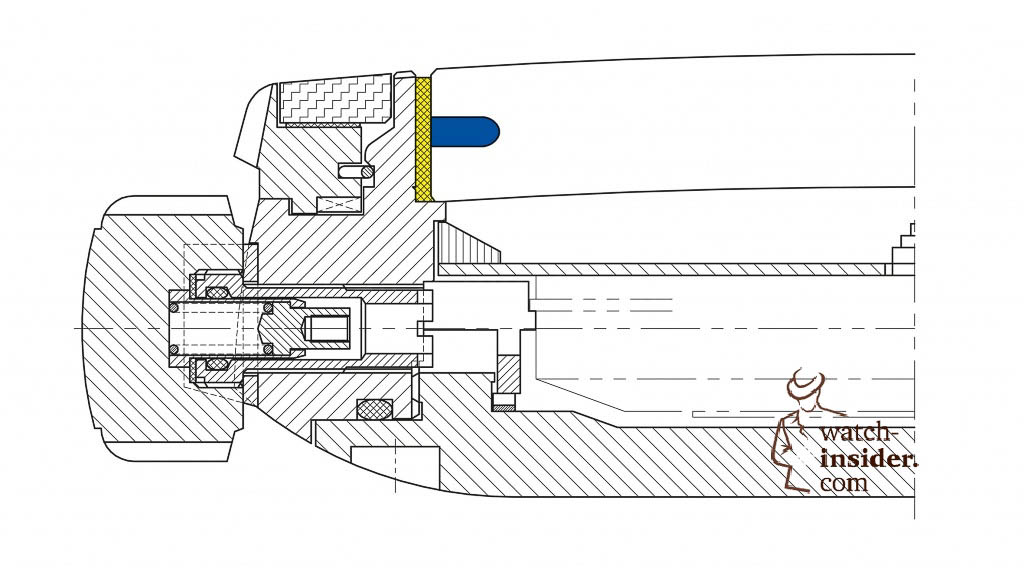 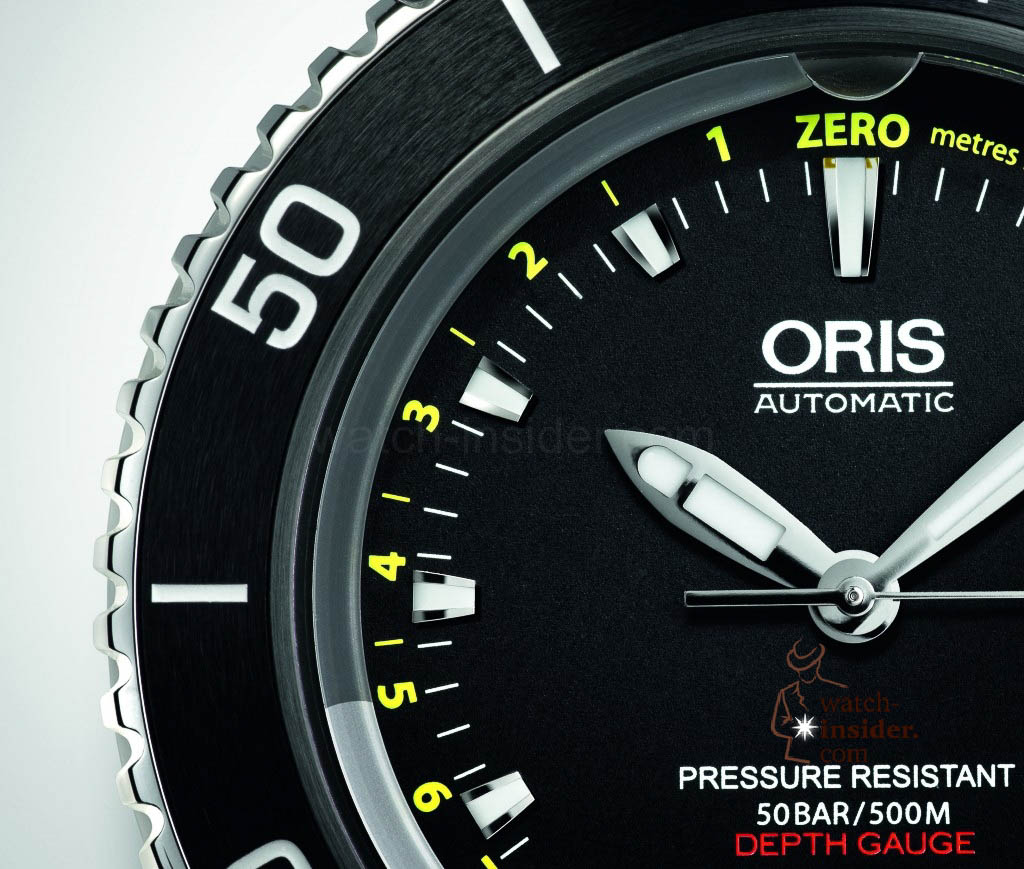 The  Oris Aquis Depth Gauge is a compact high quality timing and depth-measuring instrument. The black ceramic inlay of the unidirectional revolving top ring has an engraved 60-minute scale, with individual minute lines from zero to fifteen. The white Super-LumiNova® applied to the hands and indices, gives not only excellent visibility underwater but also one of the longest lasting luminosities of all Super-LumiNova® colors. The high contrast yellow meter scale printed on the inside of the sapphire crystal emphasizes the well-balanced technical look. 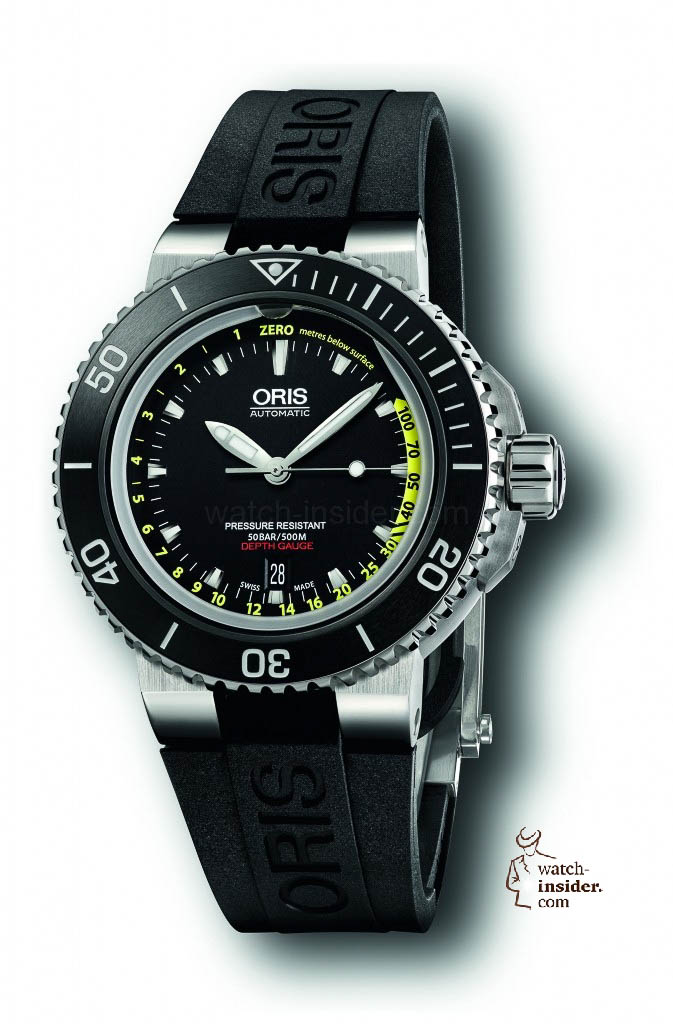 The crown of the Oris Aquis Depth Gauge is protected by a safety barrier. 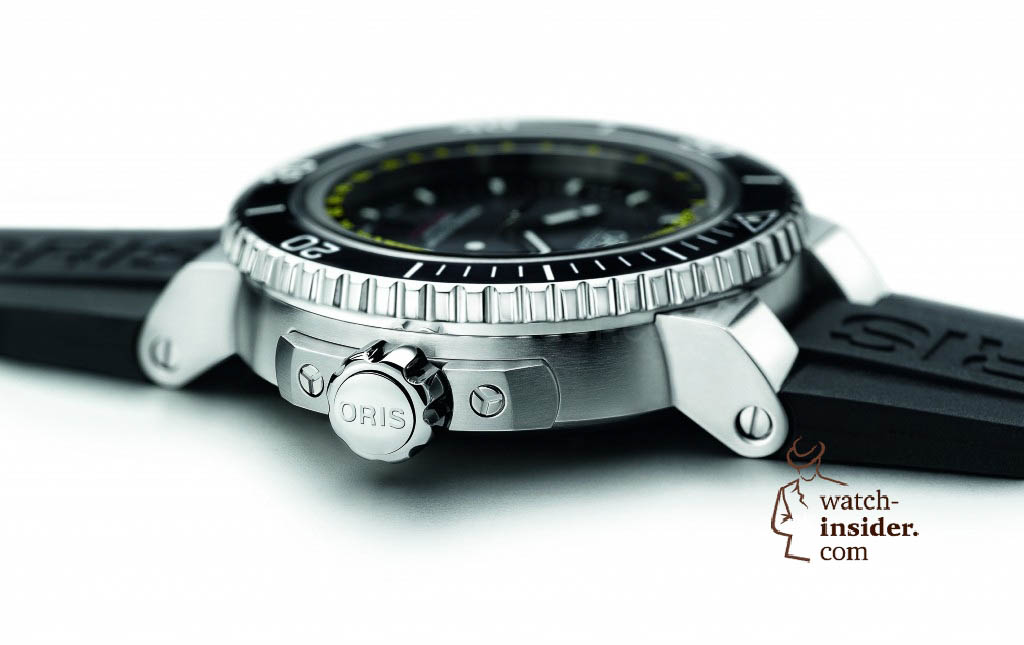 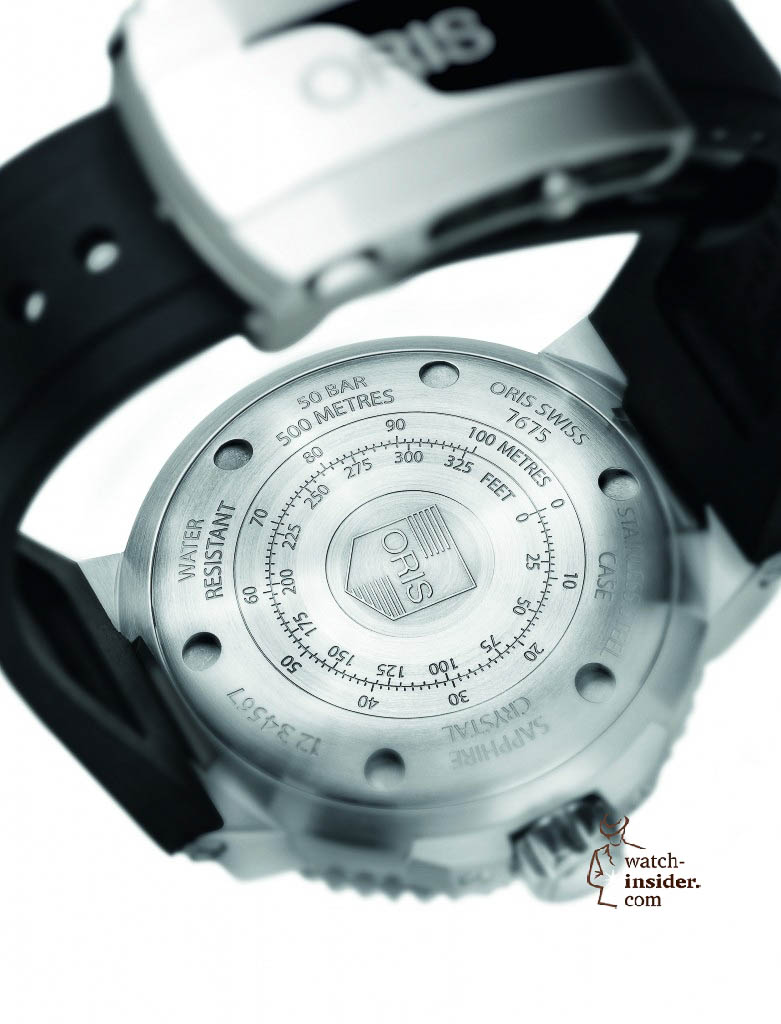 The innovative clasp of the Oris Aquis Depth Gauge allows the strap to be adjusted rapidly. 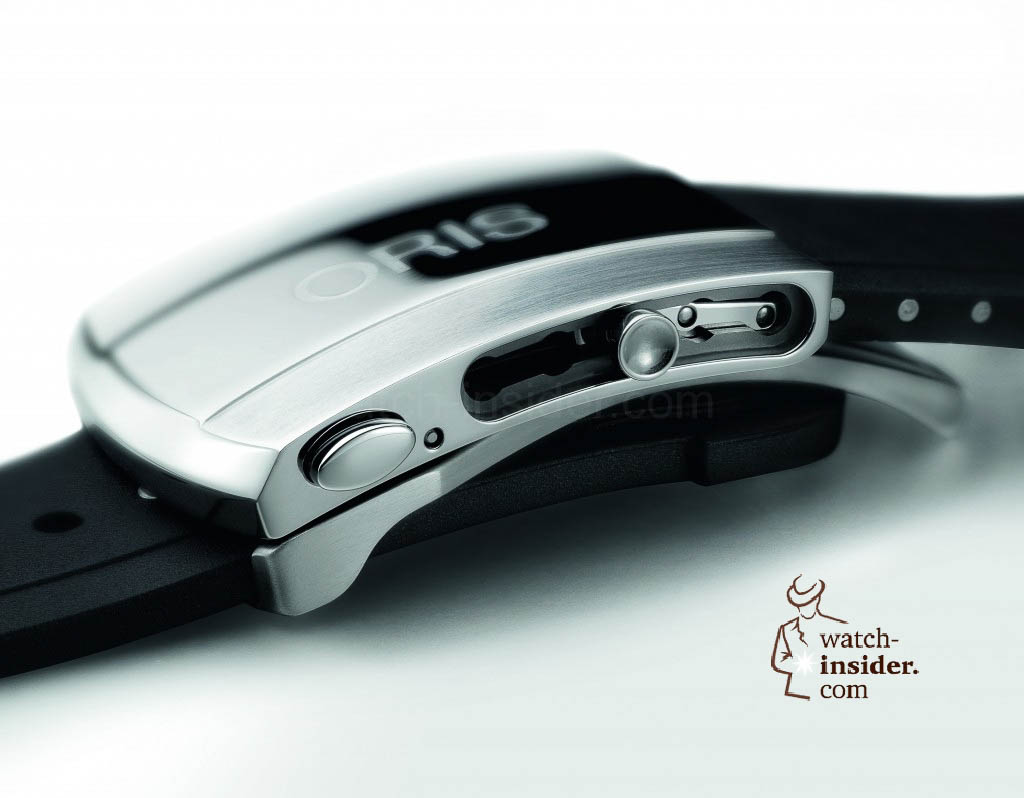 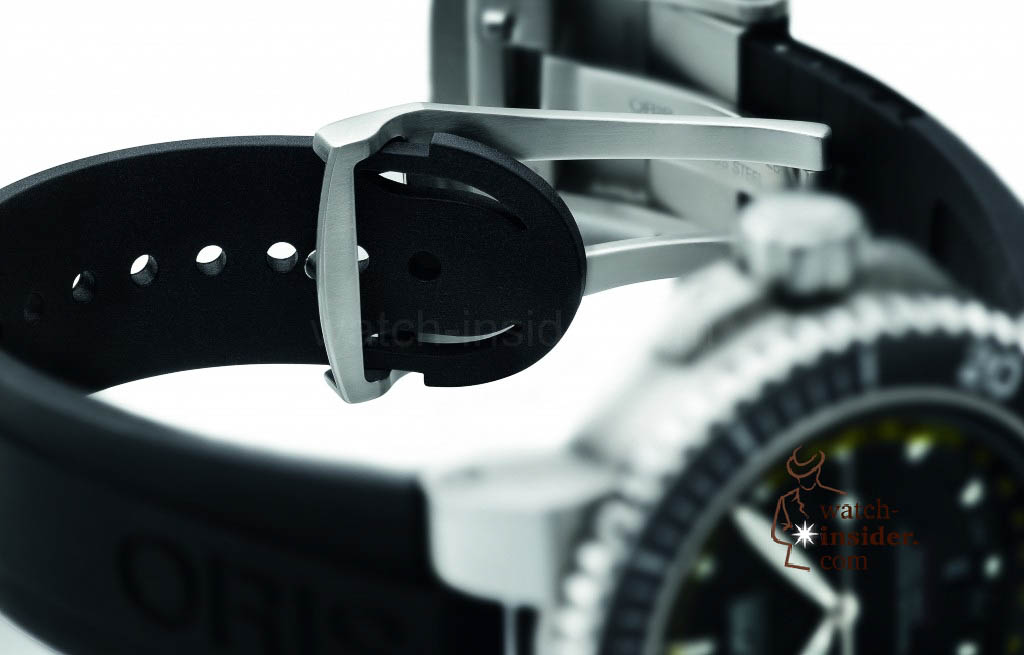 The folding clasp of the Oris Aquis Depth Gauge allows an easy adjustment. 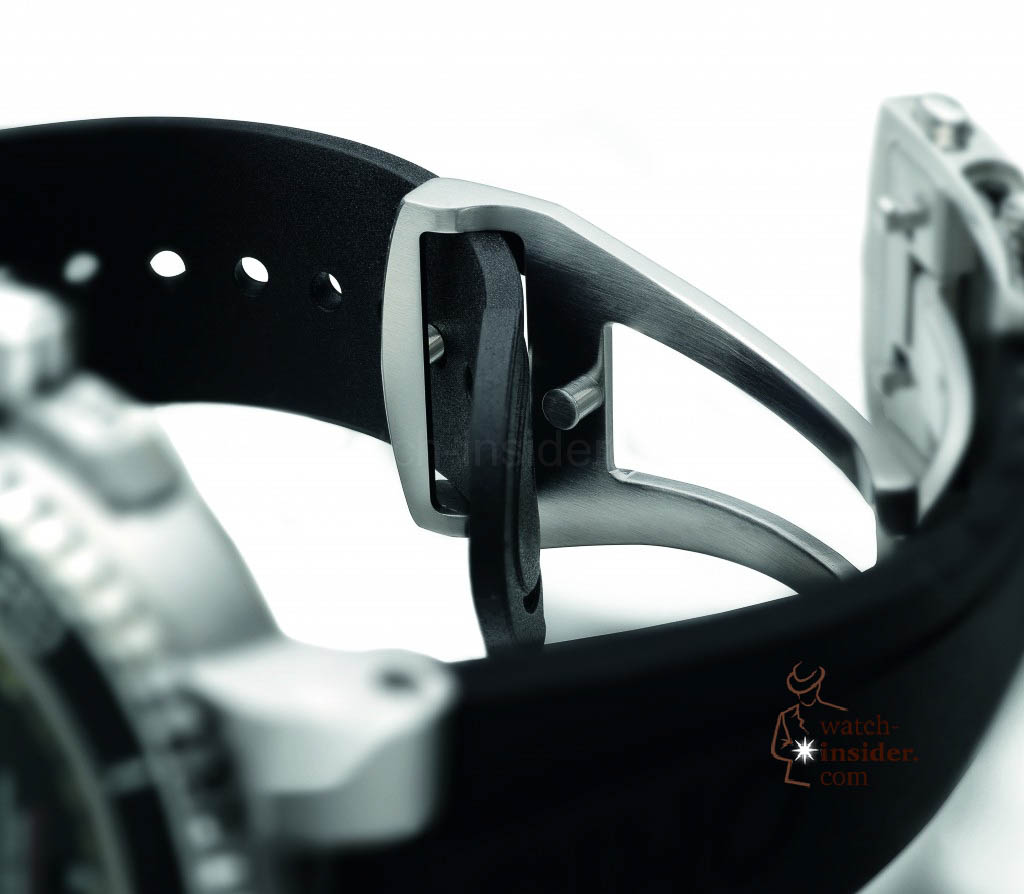 The Oris Aquis Depth Gauge comes in a special waterproof case with a metal bracelet as alternative. 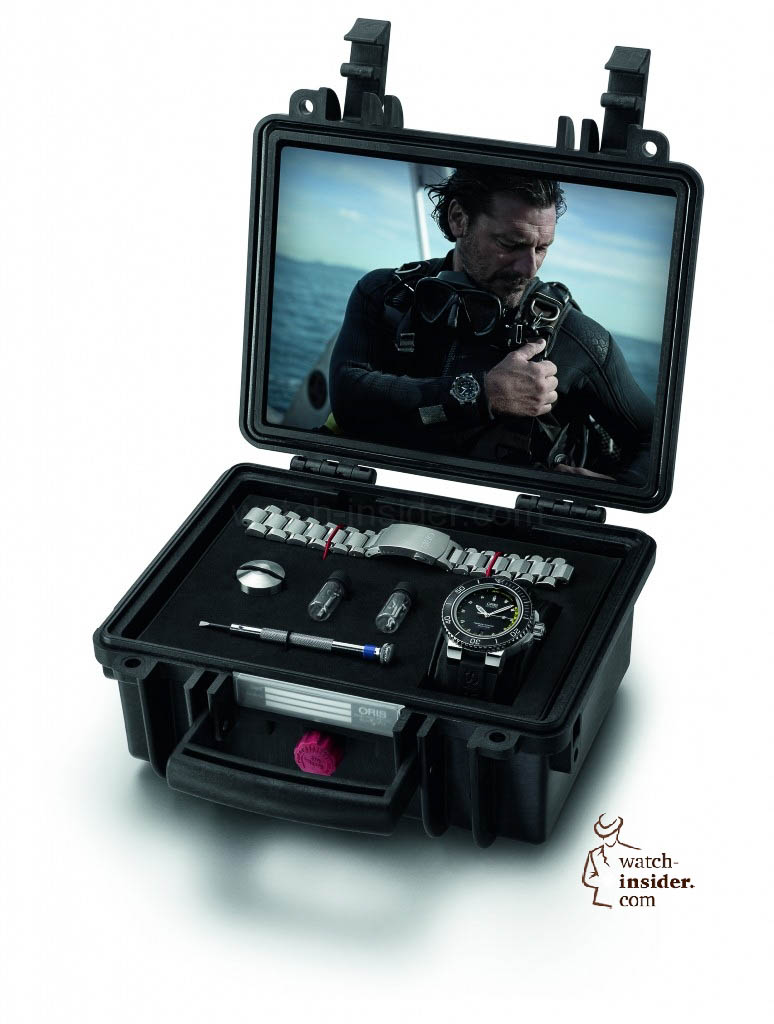 The technical features in brief …

The new Oris Aquis Depth Gauge costs only 2600 Euros including tax in Germany. What a watch and what a price!

One personal remark in the end: The only concern I have after discovering the Oris is how you clean the small channel where the water flows in… I think we will have to test the watch under real conditions … 🙂