The story is above all that of an individual – and like the greatest of all such stories, a tale of humility: that of Alexey Leonov, now 83. On March 18, 1965, he became the first man in the world to perform a spacewalk. While he may not be the best-known of spacefarers, often overshadowed by those involved in the moon race, he was a vital pioneer, in whose footsteps they followed.Then, too, there is the humility of Louis Moinet: the man now officially recognised as being the inventor of the chronograph, the author of one of the most foundational works in watchmaking – his 1848 Traité d’Horlogerie –and who nonetheless remained virtually unknown for the best part of two centuries. 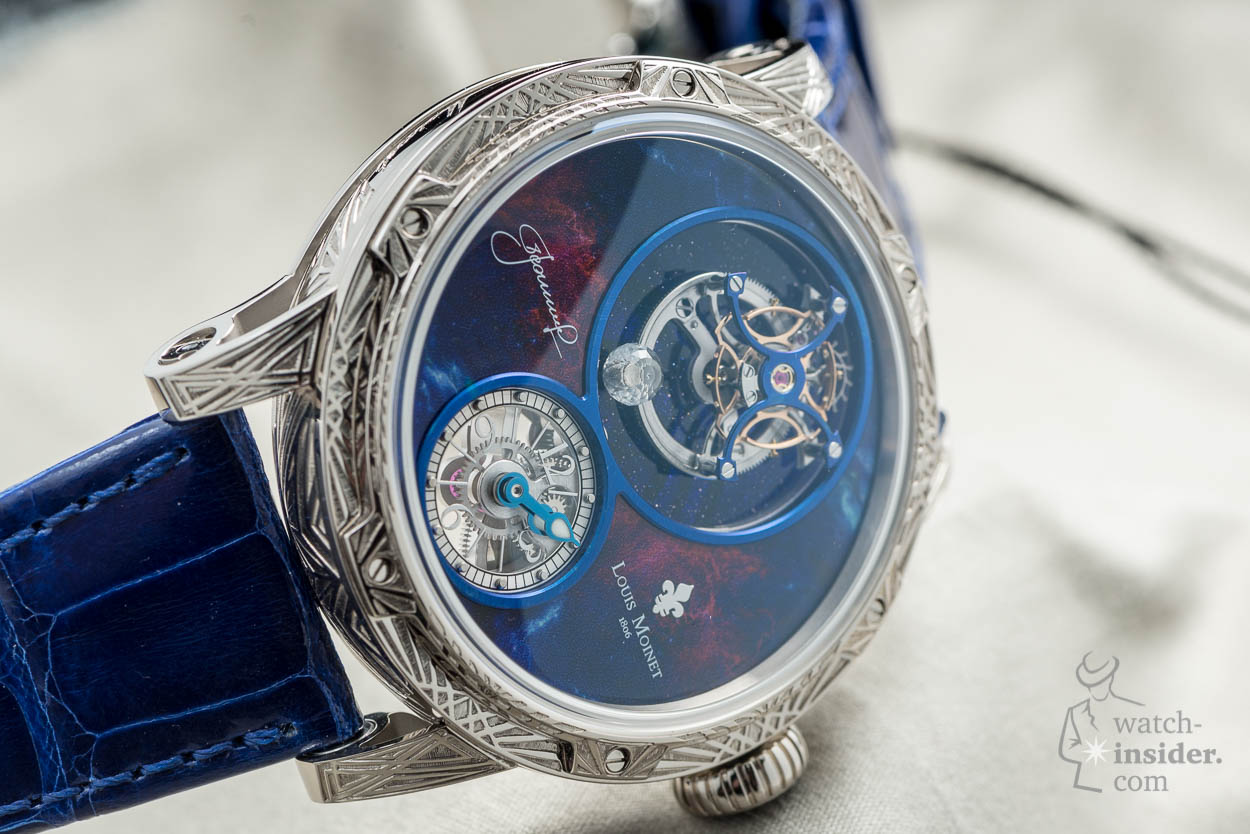 The destinies of Moinet the astronomer and Leonov the cosmonaut have been brought together in “SpaceWalker” – an exceptional contemporary creation dedicated to Alexey Leonov, a man who was not only the first to walk freely in space but also the initiator of one of the most symbolic gestures in all history – an interstellar handshake with his NASA counterpart in 1975, at the height of the Cold War, which went on to experience an unexpected thaw. 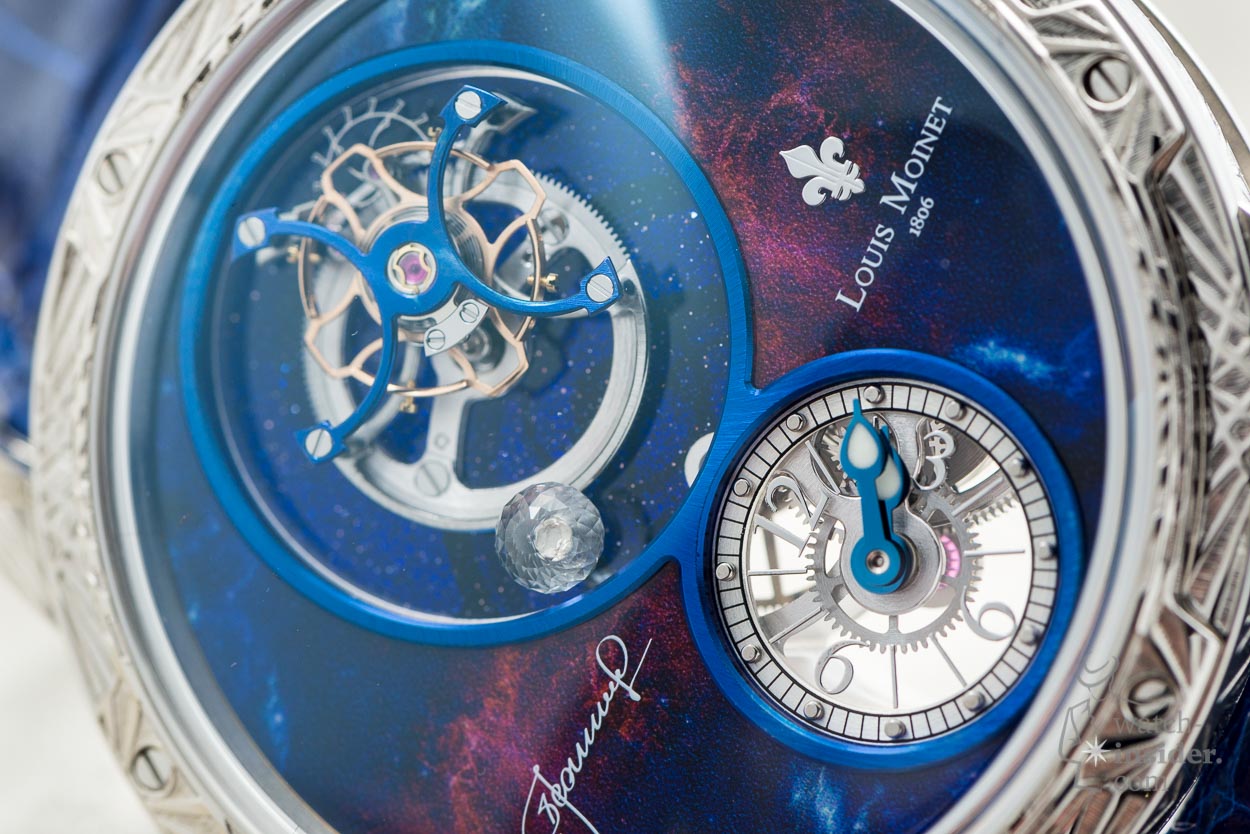 I was heading out into the unknown; nobody in the world could tell me what I would find there. I did not have any instructions. It was the very first time. But I knew it had to be done […]. I slowly climbed out of the hatch and carefully moved away. Gradually, I went further from the spacecraft […]. The thing that struck me the most was the silence: utter silence such as I had never witnessed on Earth, so fraught and so deep that I could hear the sounds of my own body […]. There were more stars in the sky than I had expected. The sky was pitch black, yet at the same time it shone like the Sun… The Earth was small, light blue, and so achingly alone – our home, to be defended like a holy relic. The Earth was absolutely round. I believe I never knew what the word ‘round’ meant until I saw Earth from space. Alexey Leonov

Today, Louis Moinet’s SpaceWalker commemorates this unparalleled hero. The timepiece features an outsize tourbillon at 12 o’clock, representing Alexey Leonov’s spaceship on his Voskhod 2 mission. A diamond revolves around the tourbillon, representing Alexey Leonov himself, floating in space outside his spacecraft. The decision to use a diamond was quite deliberate: “Almaz-2” was Leonov’s code name during the mission (his partner was known as “Almaz-1”) – and “almaz” is the Russian word for diamond. The picture would not be complete without an evocation of the vastness of the cosmos – represented by an aventurine background that becomes transparent when exposed to light. 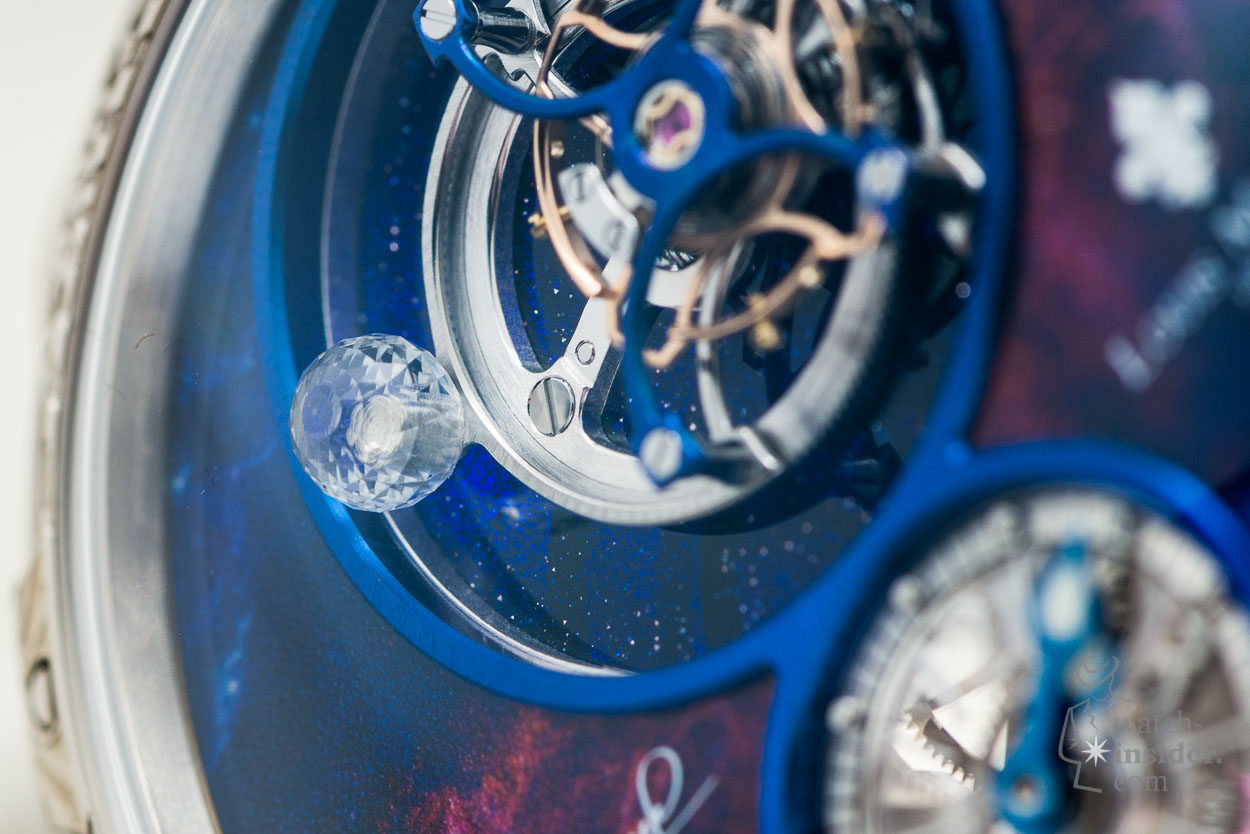 SpaceWalker’s dial is also an all-new creation by Louis Moinet. It makes use of an exclusive, secret graphic composition, depicting an artistic view of the starry heavens in which Leonov drifted at will for 12 minutes and 9 seconds on March 18, 1965. Also visible is a nebula – a collection of interstellar dust and gases, its exceptional colours providing a unique backdrop for the SpaceWalker. This celestial artwork pays discreet homage to another passion of our two pioneers Alexey Leonov and Louis Moinet – both loved to paint. The innovative method used to produce it is a closely-guarded secret. 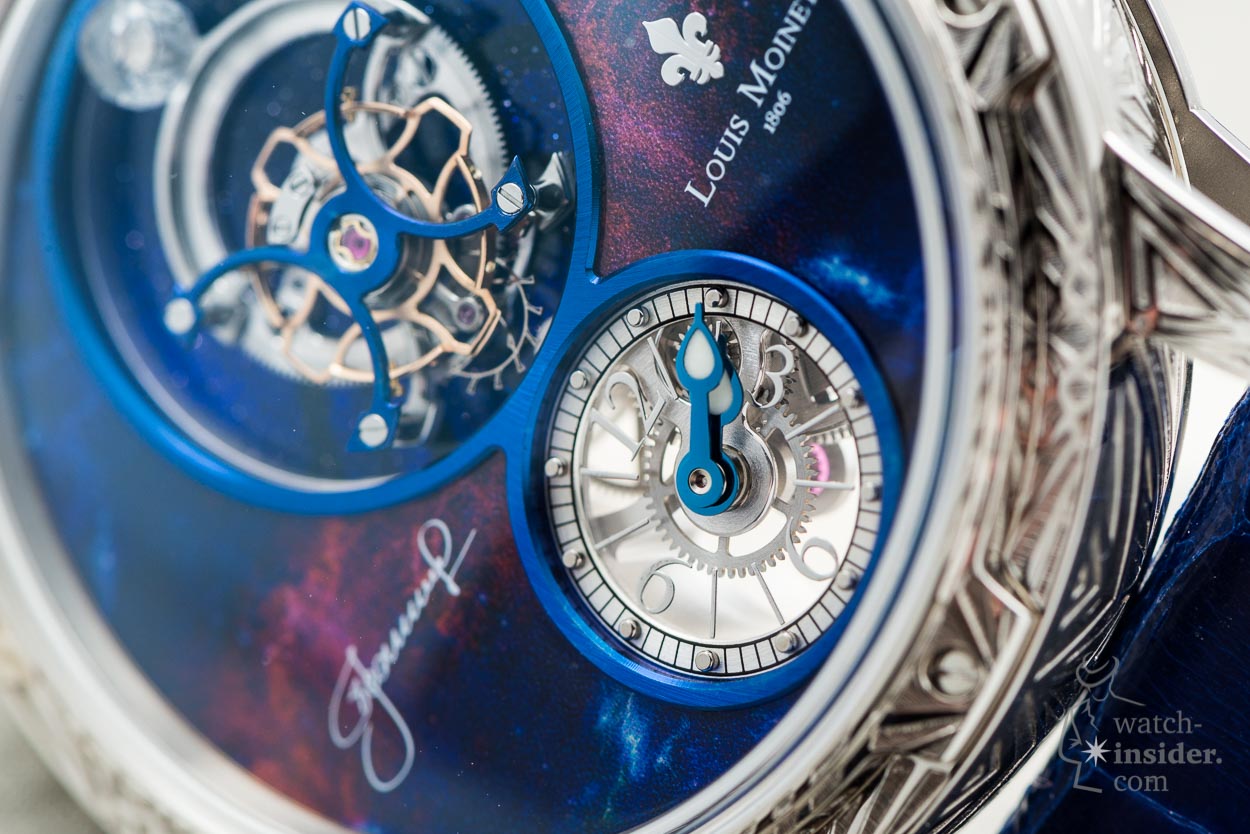 At 6 o’clock, Louis Moinet’s characteristic “dewdrop” hands indicate the hours and minutes, extending across a sapphire dial offering glimpses of the mechanics of the fine watchmaking movement. The back offers an unobstructed view, with a sapphire crystal revealing SpaceWalker’s highly distinctive bridges. 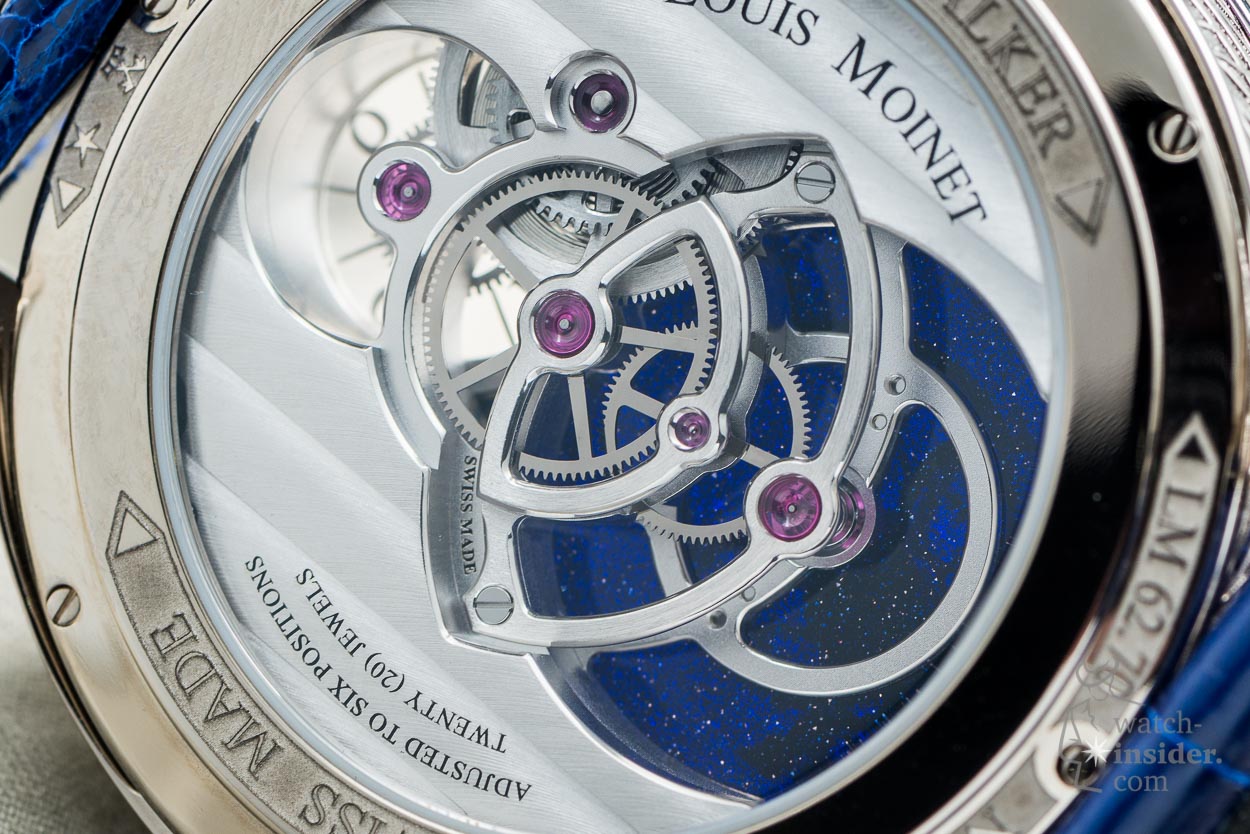 In celebration of those 12 minutes spent in the freedom of space, Louis Moinet has produced two limited editions, each comprising 12 engraved watches in rose or white gold, alongside two other limited editions comprising 18 non-engraved pieces, also in white or rose gold.