Wow! I can offer you real exclusive inside views this week. I assume no one here has seen this before. You did a great job Logan! Please read the full story and see the HD-video… 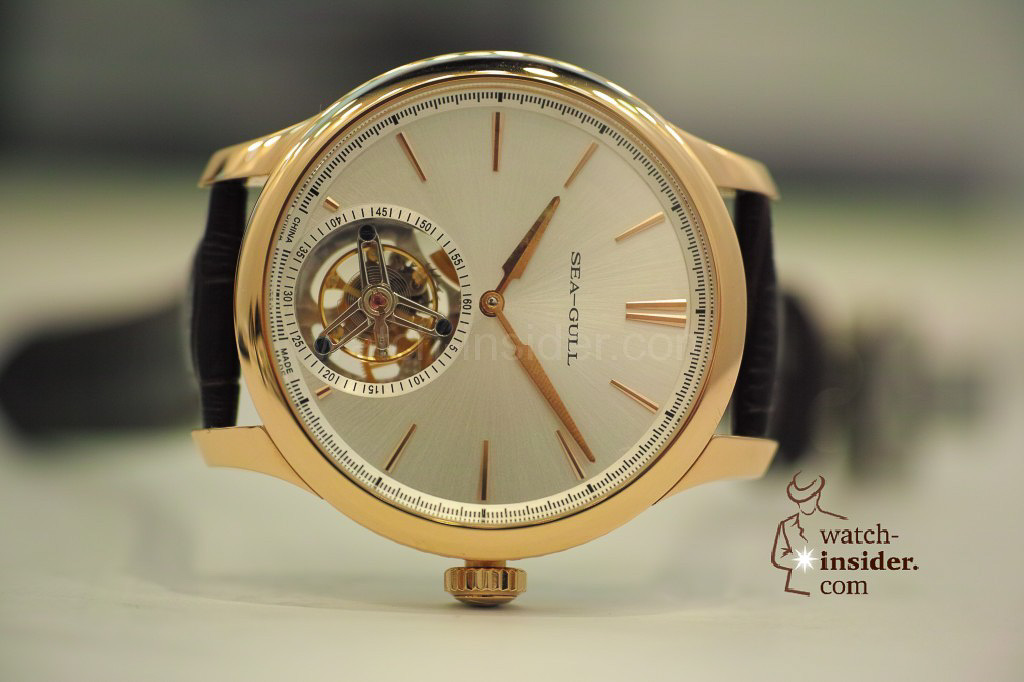 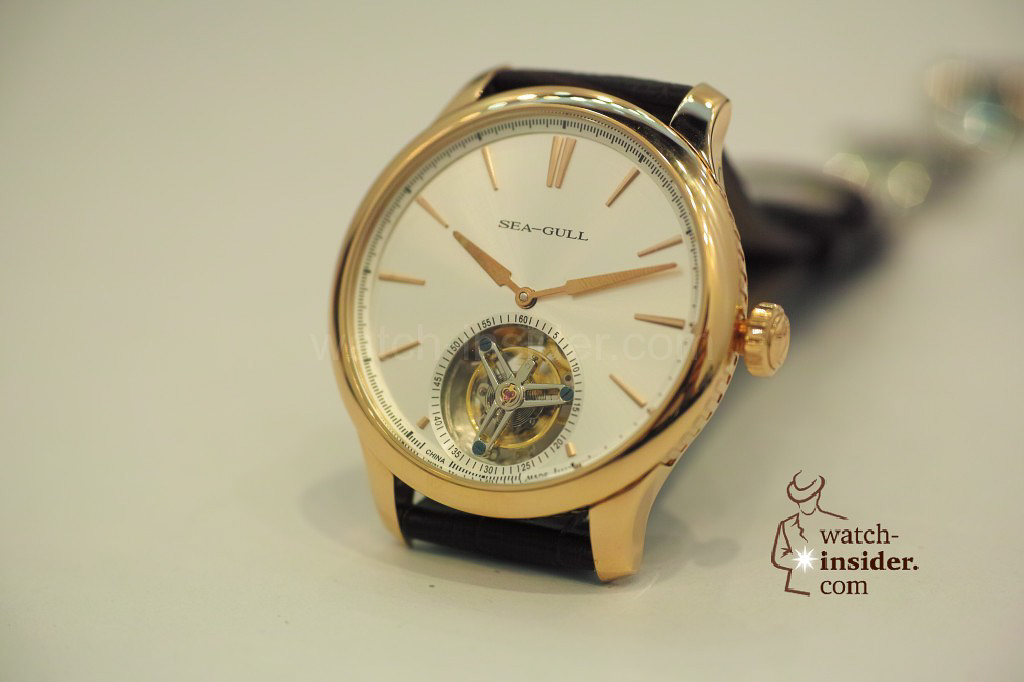 What made me so cheerful is that they eventually produce some watches with the elements designed by them originally! First of all, the carriage of this tourbillion is newly designed. It has a neoclassic beauty to some extent. Those straight lines on the upper side make the carriage look more masculine and sharper. This tourbillon uses a free-sprung system to make the carriage look aesthetically symmetrical, while more durable. By looking at the pictures, you can easily find that there are six weights in the two-cantilever balance wheel. 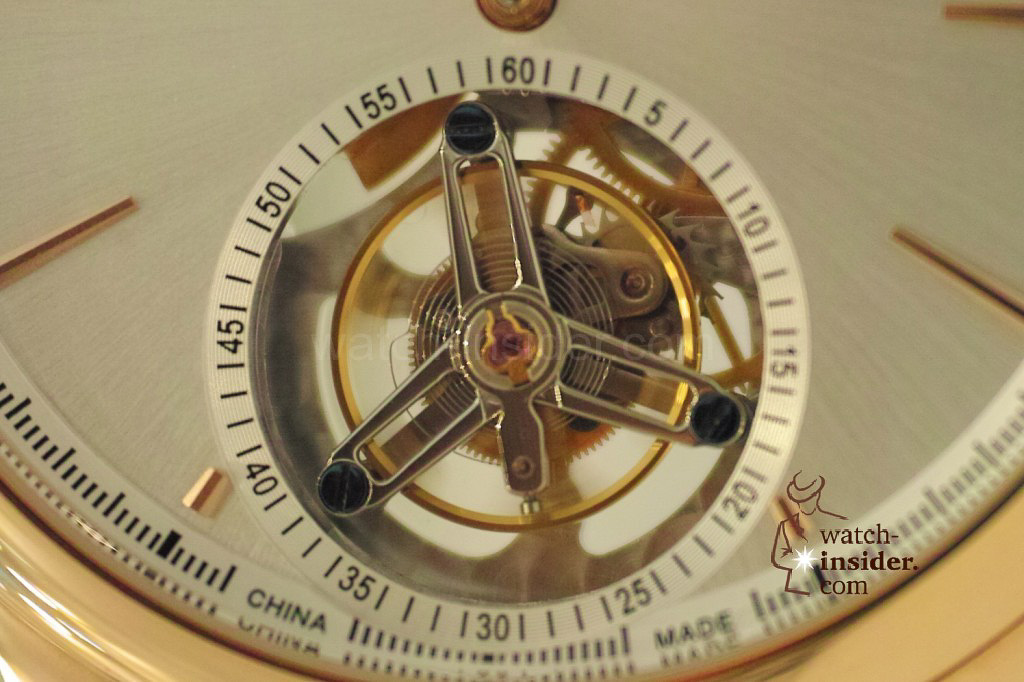 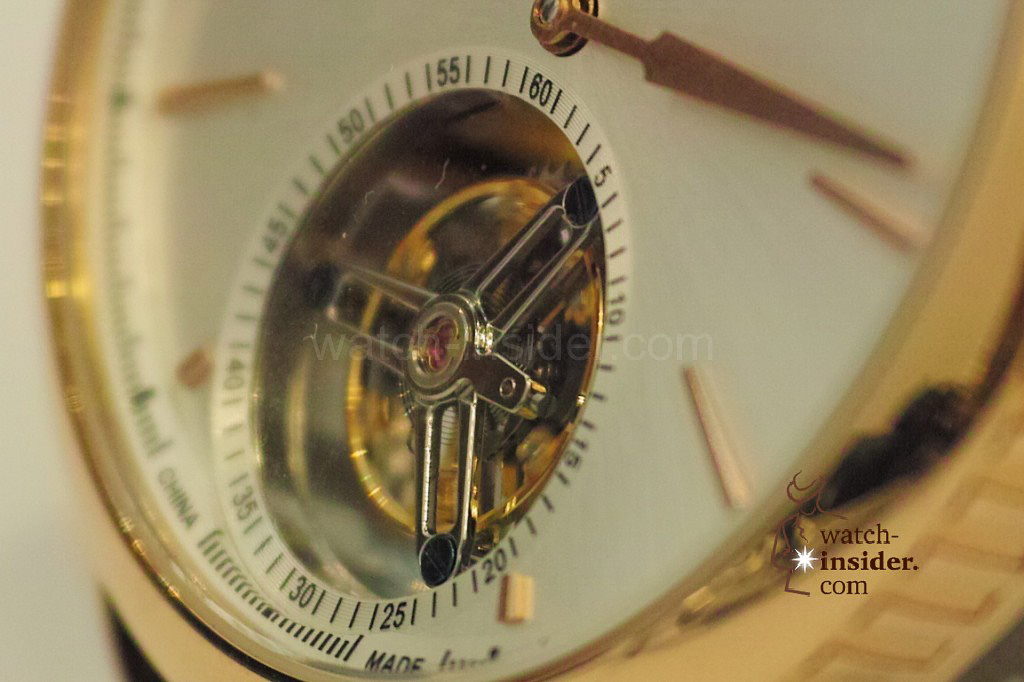 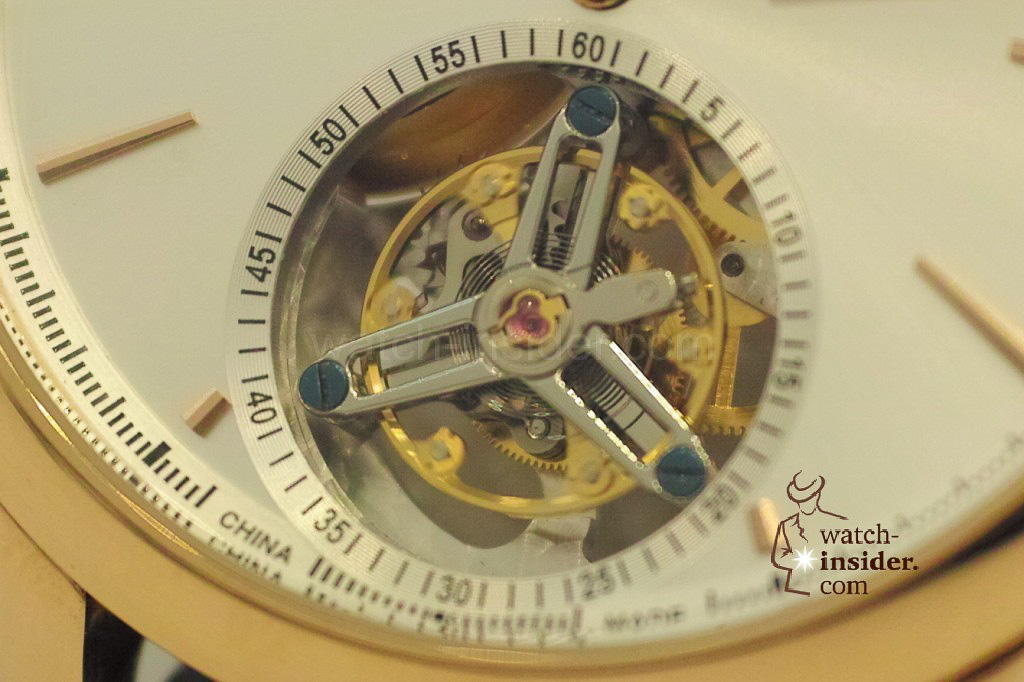 The micro-rotor is quite interesting and novel to the Chinese watch industry. This is the first time Chinese watch factory uses micro-rotor. This is only a prototype, the material of rotor is just one kind of base metal. The people at the Sea-Gull R&D dept. said in the commercial version, they will finally use gold to improve the efficiency of winding. 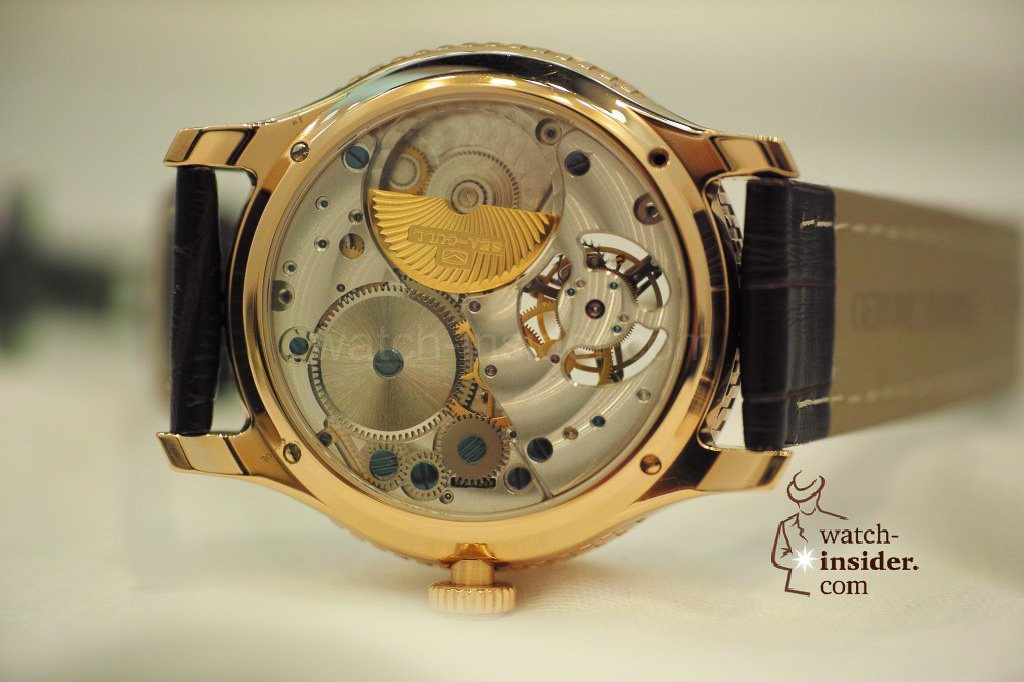 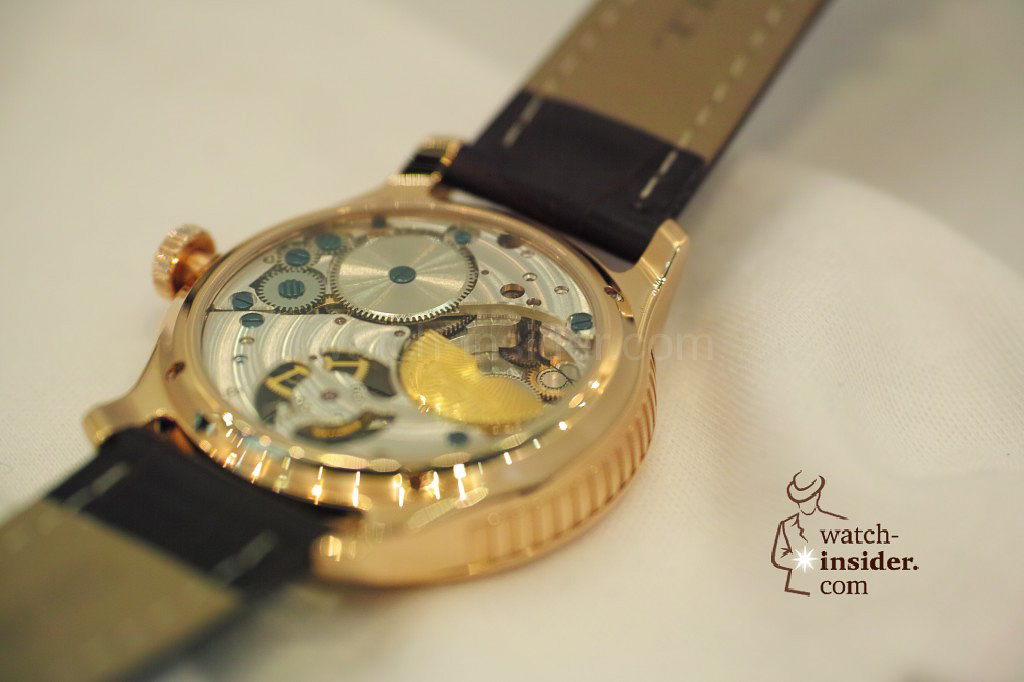 The most impressive thing of this watch I want to point out is the case. This is a brand-new original design! We can easily find that their previous pieces’ cases have traits of copying many Swiss watch brands, especially Jaeger-LeCoultre. However, this time they surprise me a lot. The curves of the lugs are demure and slim while many straight lines decorate the profile. Further, the straight lines are polish finished but the gaps are matte. These two pairs of paradoxes give the watch a fascination and innovation. The lugs are attached on the back of the case. That gives this watch high wear ability. 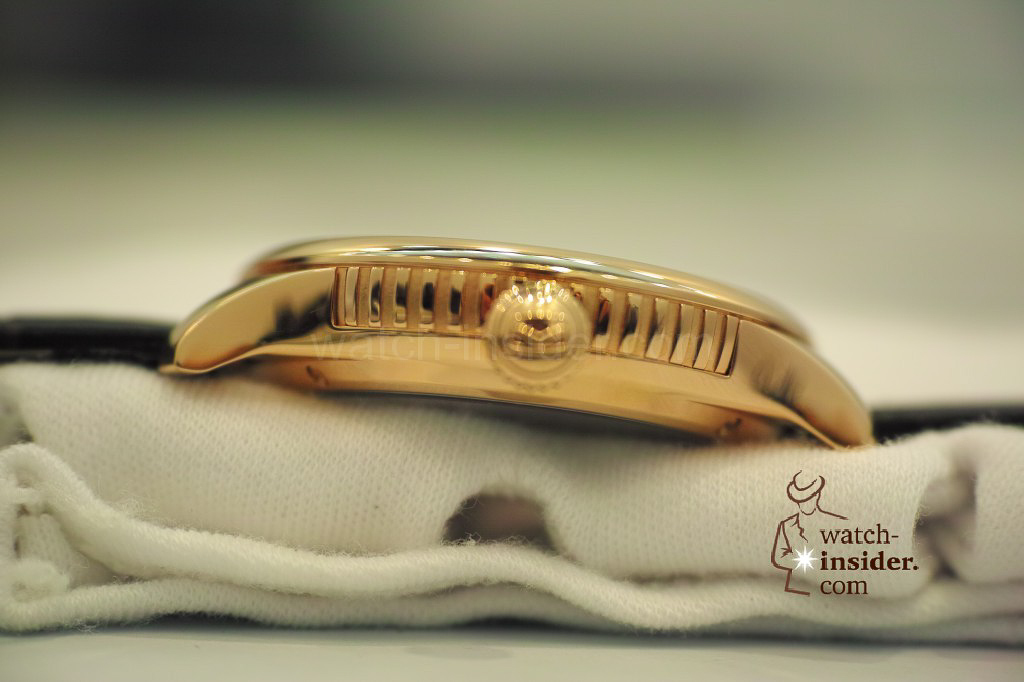 Next is the Sea-Gull WingTourbillon. I should say that they did not update the prototype. Again, the people at the Sea-Gull R&D dept. told me that the designs of new versions were finished and the commercial version would come soon. Therefore, this time, I just took more pictures with more direction and zooms. I hope you can know more of this interesting watch through my macro lens. 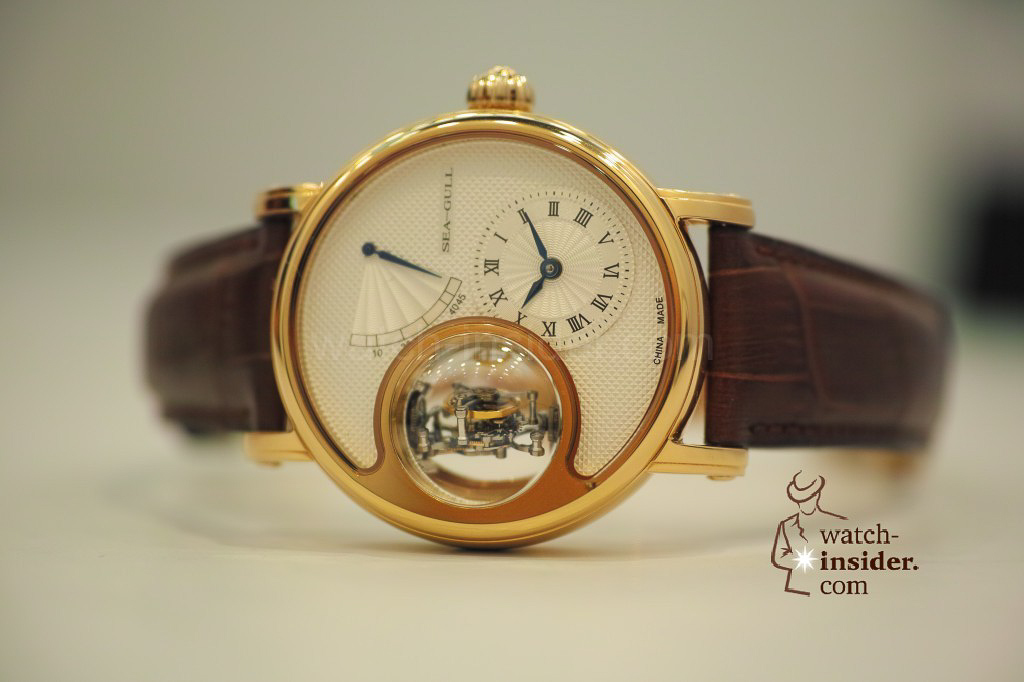 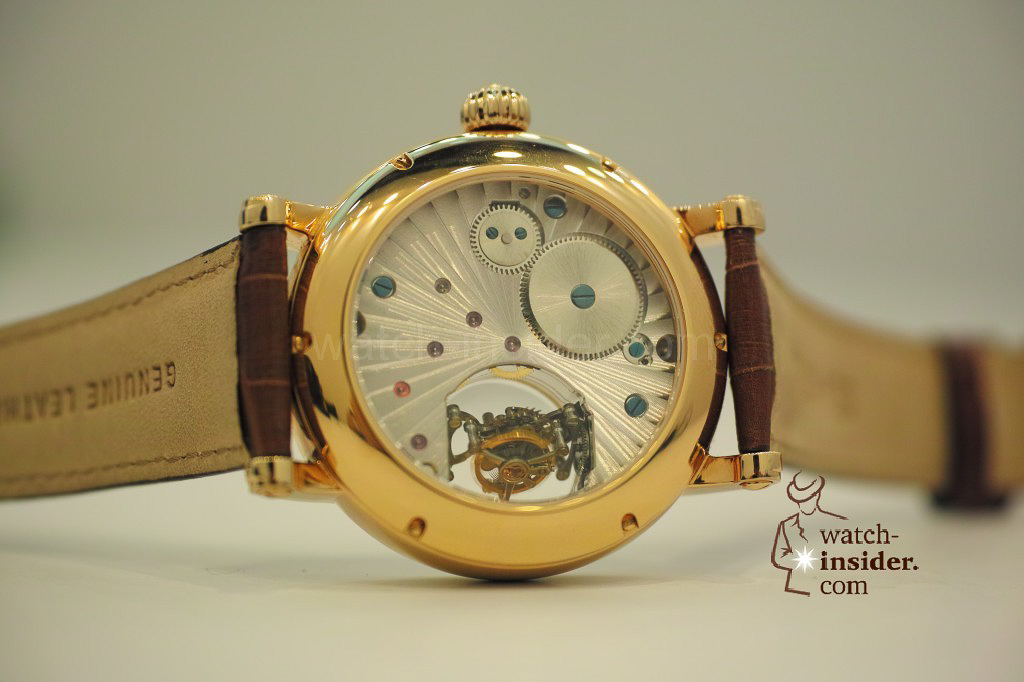 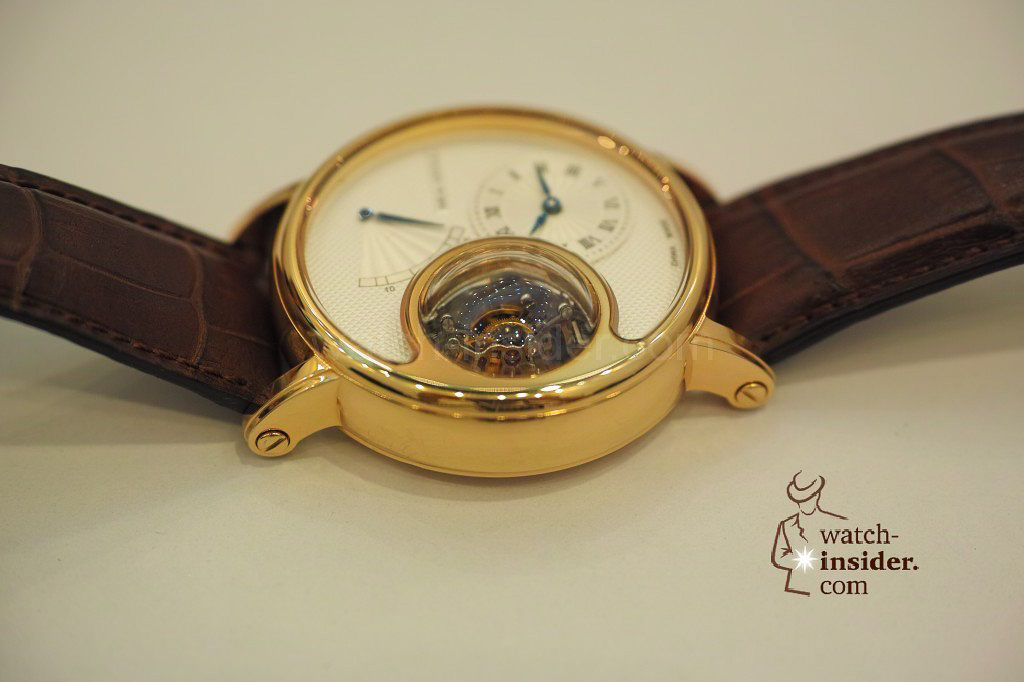 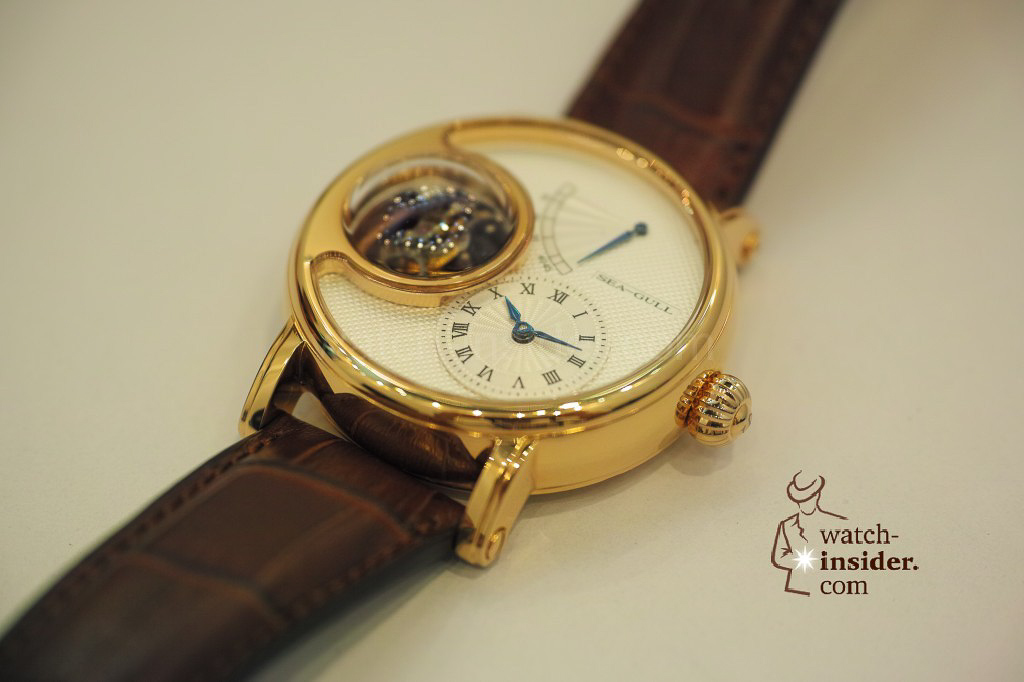 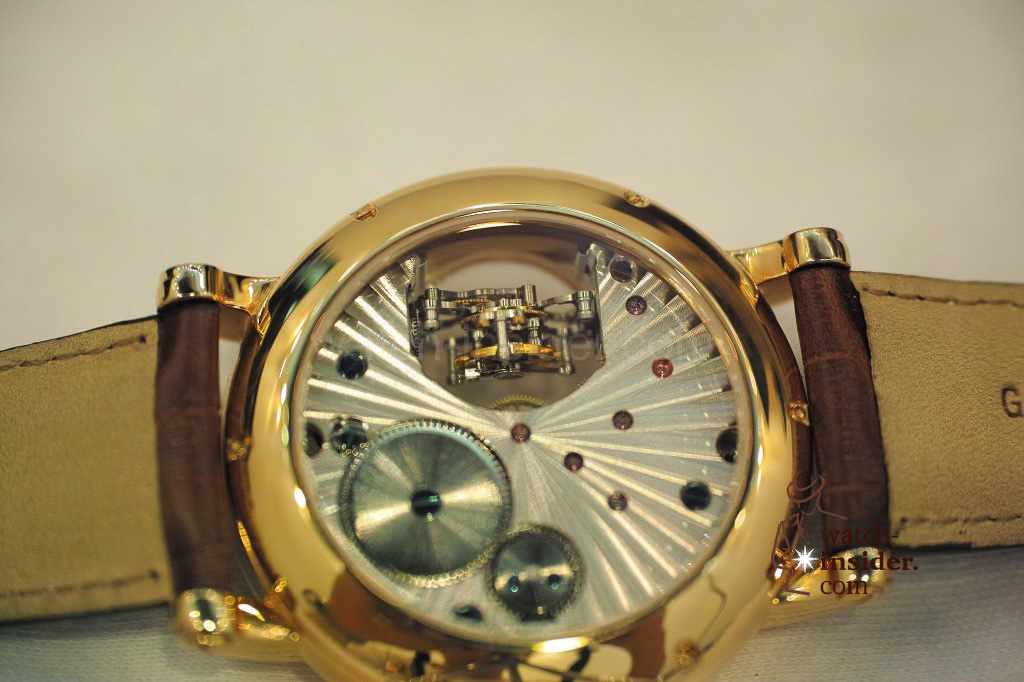 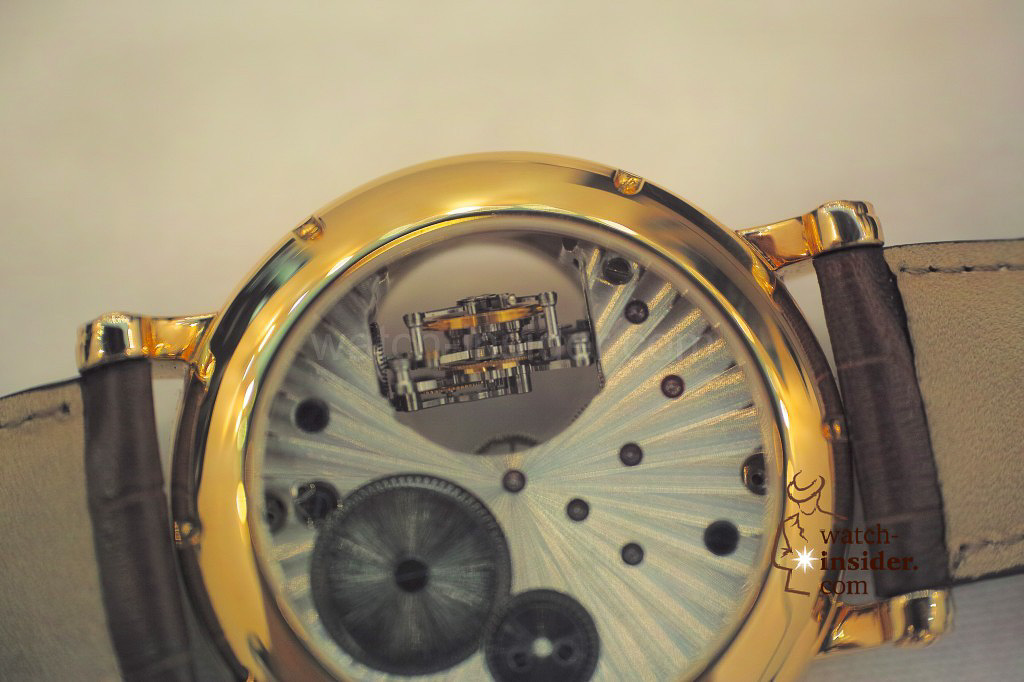 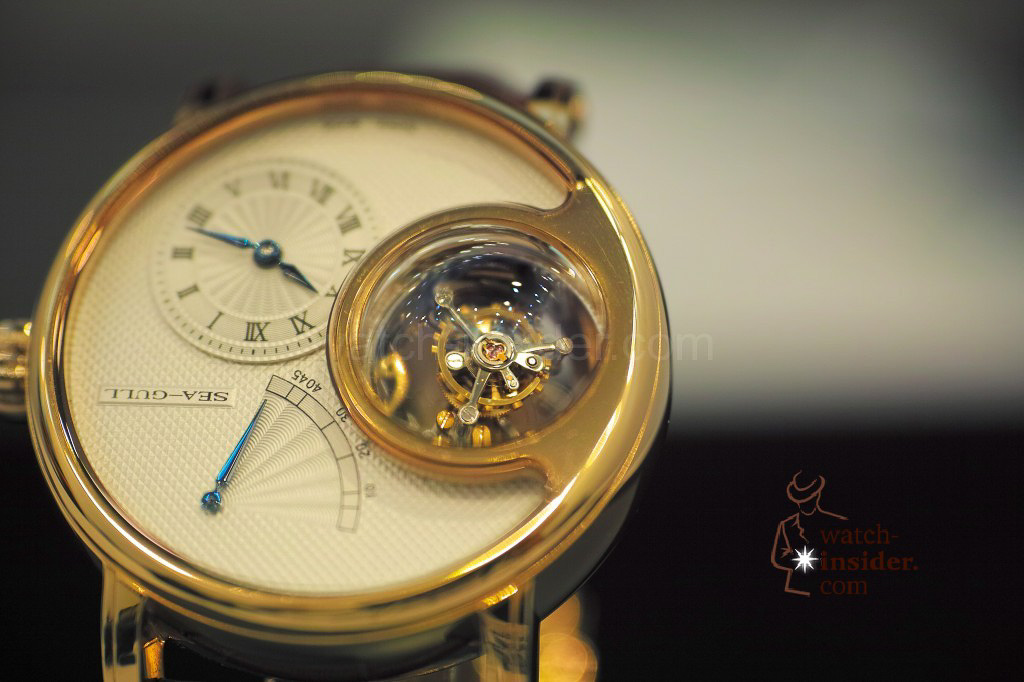 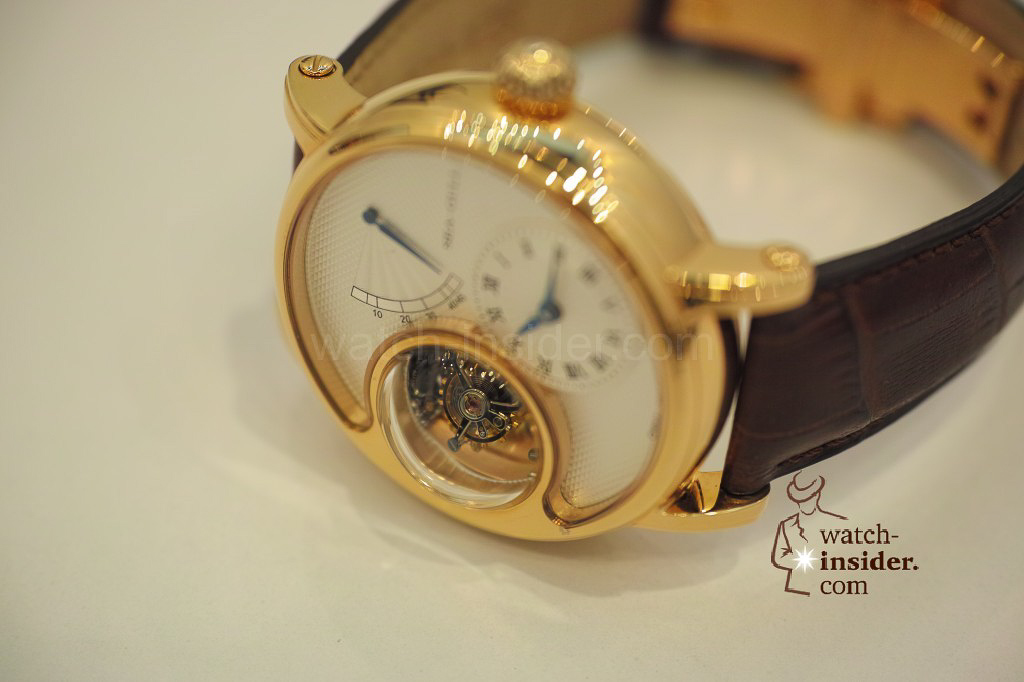 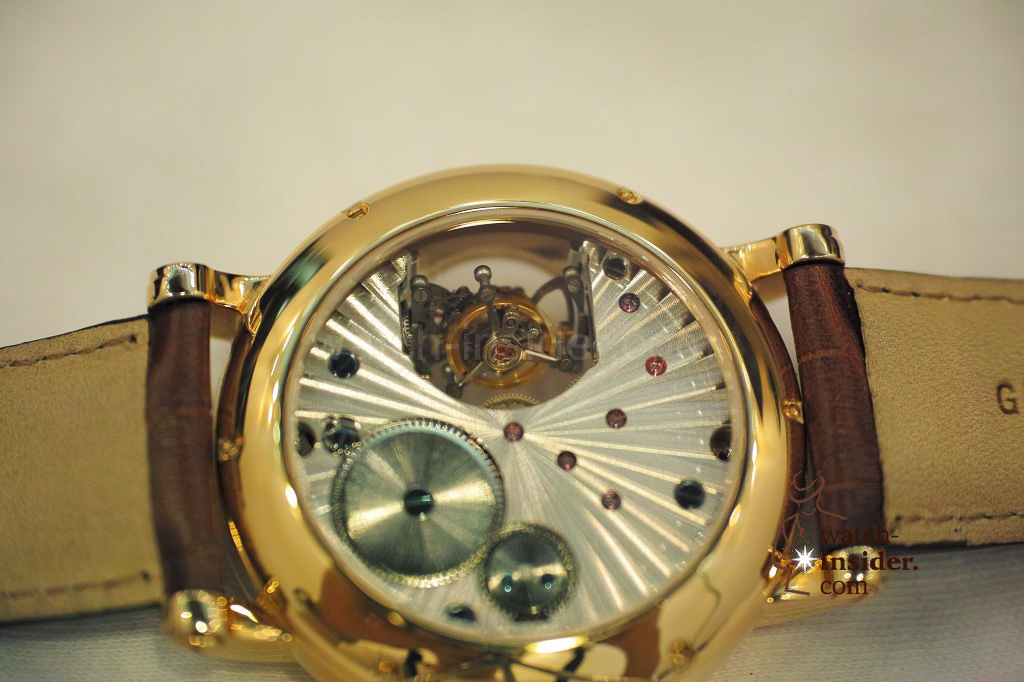 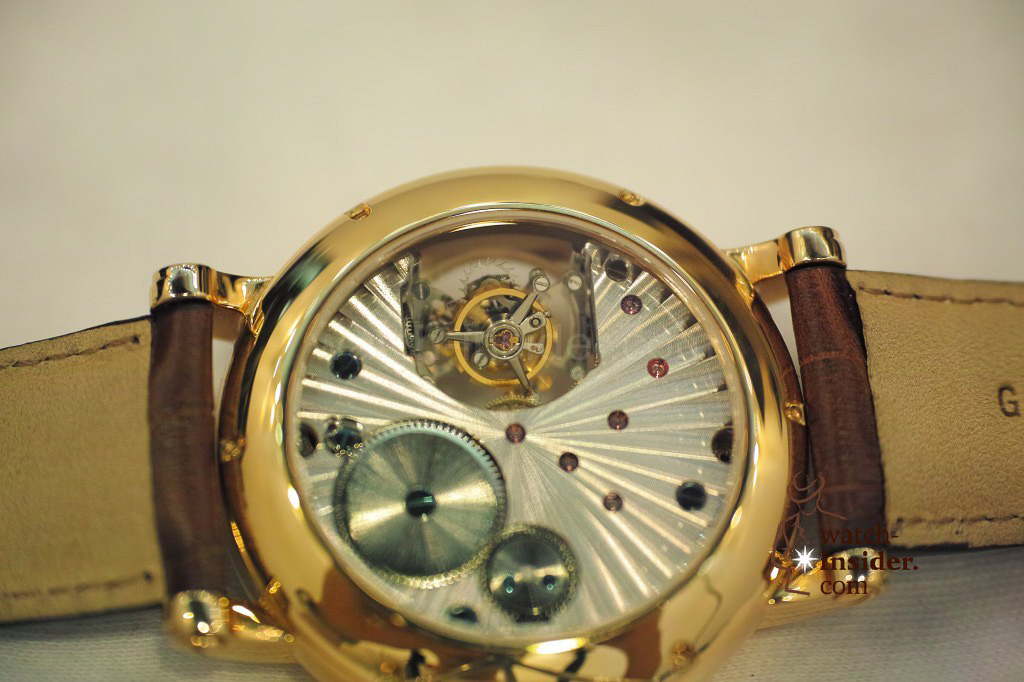 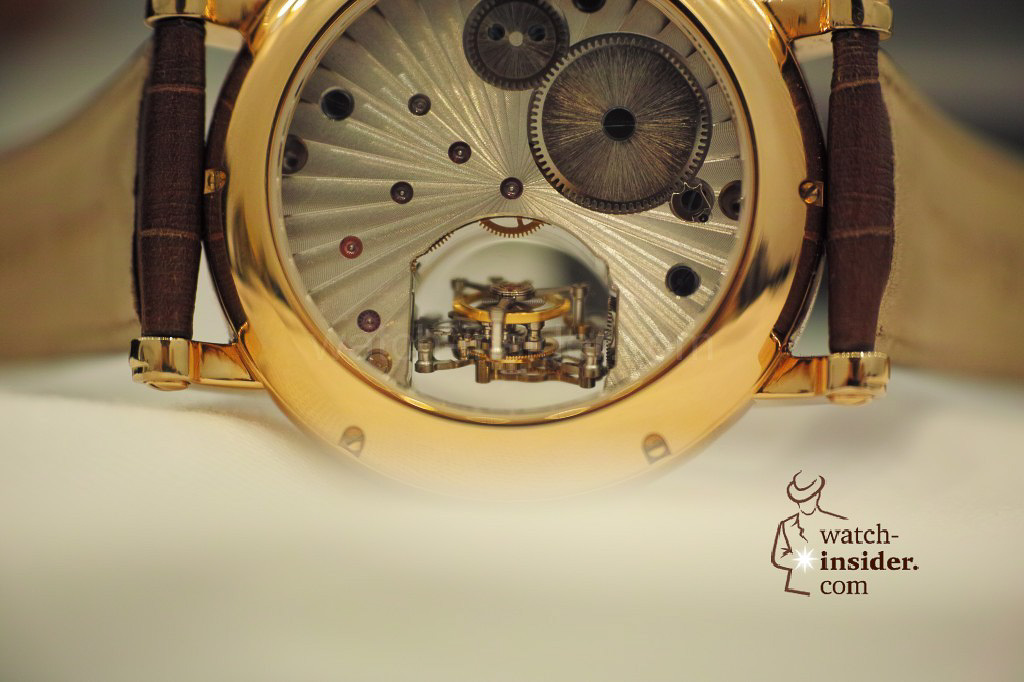 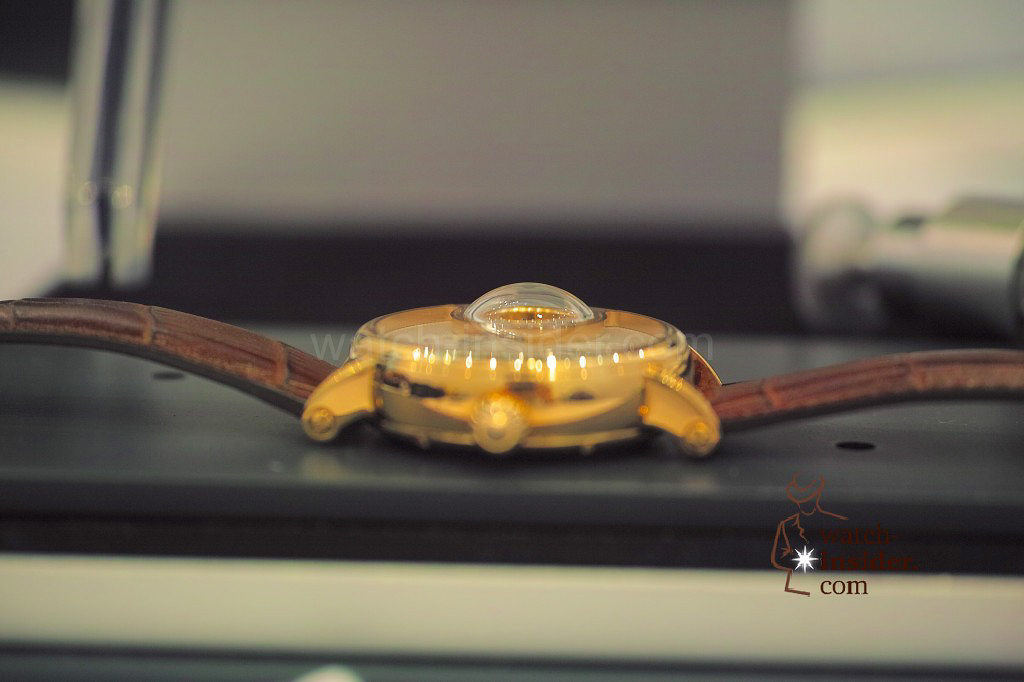 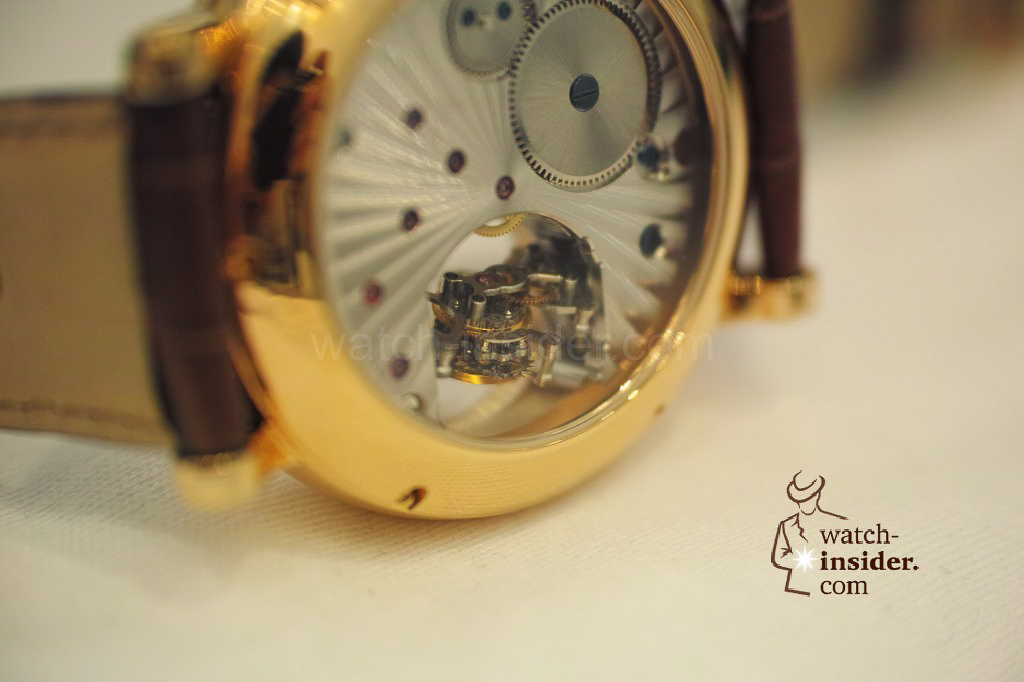 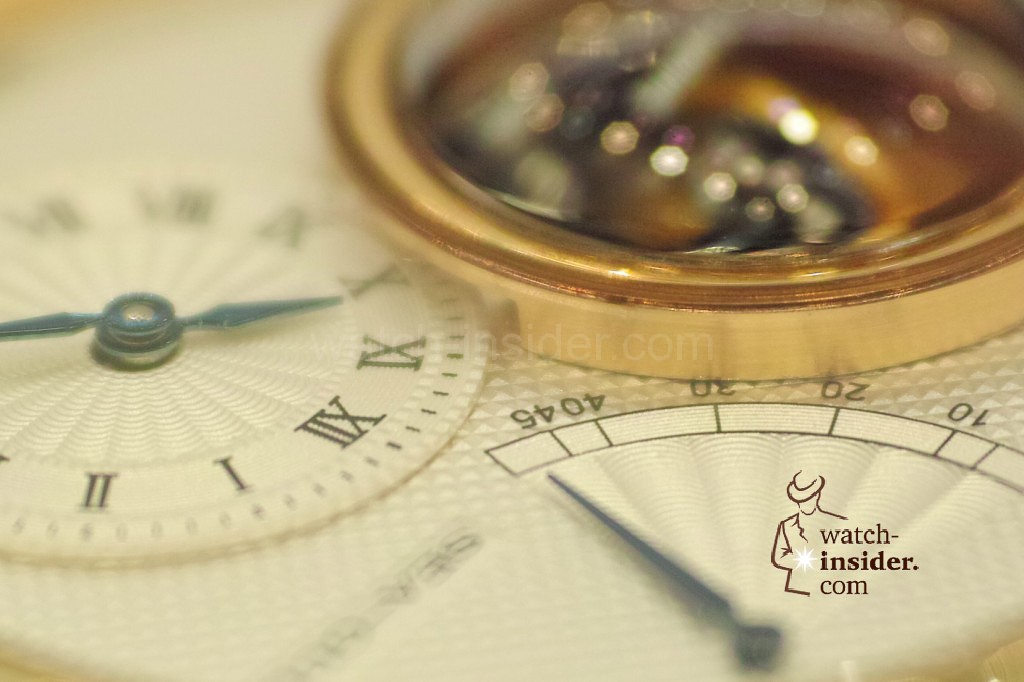 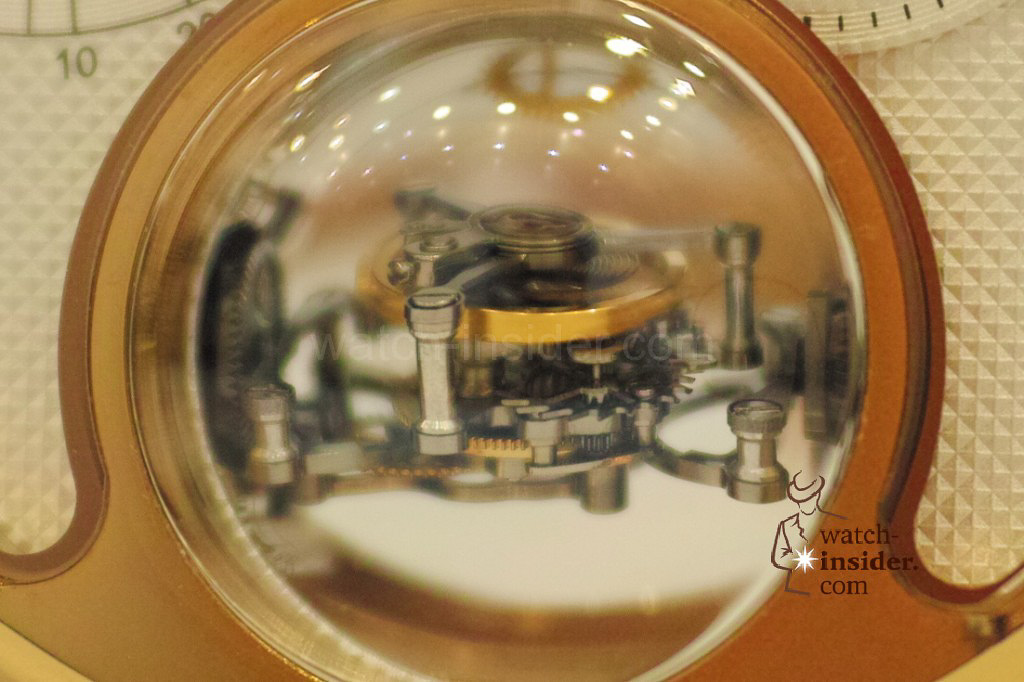 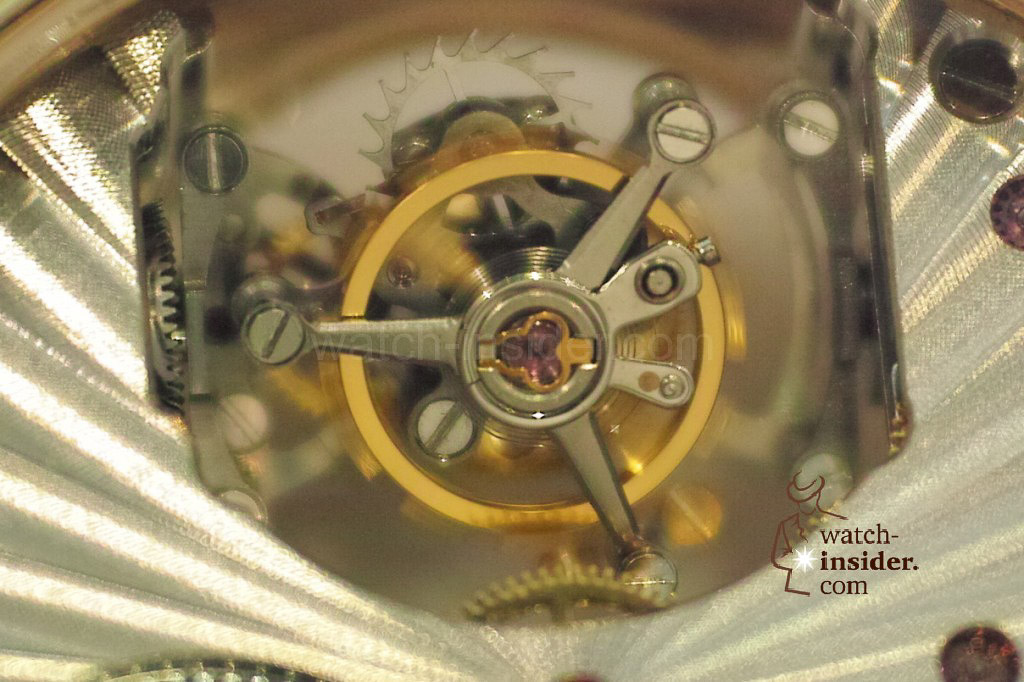 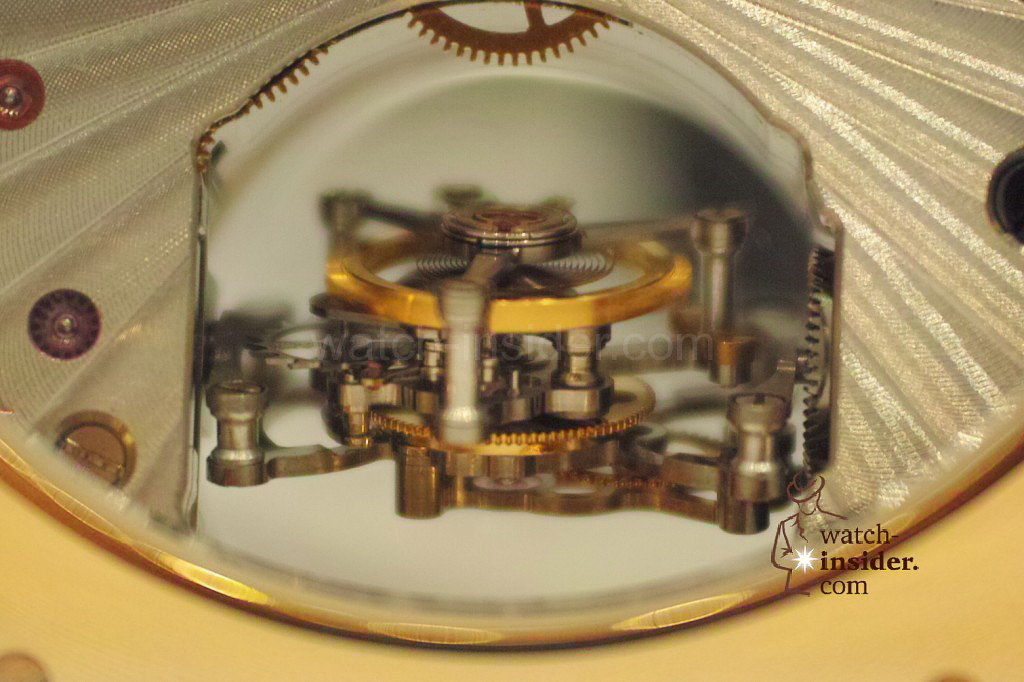 The resolution of the video is not perfect, but you still can feel the rotation speed of this Sea-Gull dual-axis tourbillion.

Now is time for group photos! You can see the design of the new case and the old generation and compare them in the following pictures. They is one thing needed to make it clear – these two Sea-Gull watches are just prototypes. Many details may be changed in the final version and many production flaws likes fingerprints and unwanted scratches will not appear in the final version. 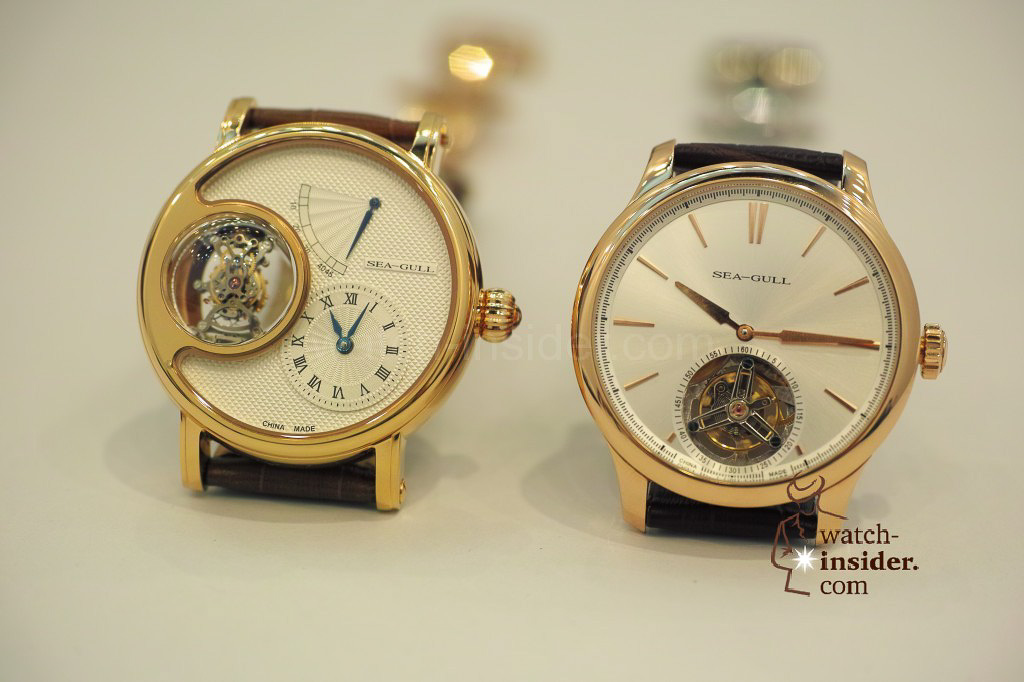 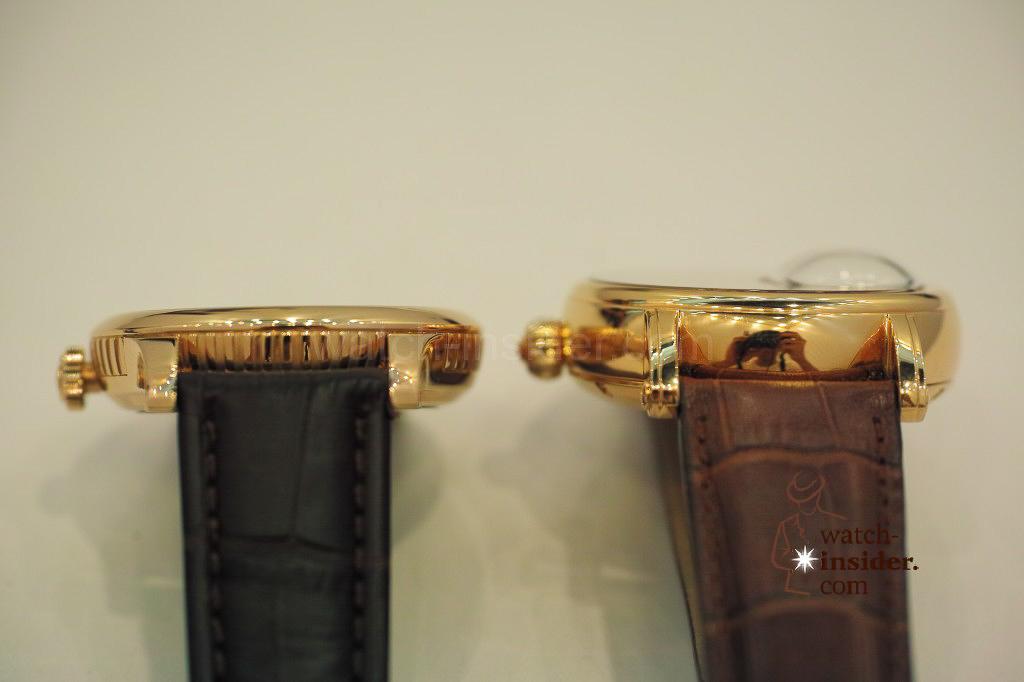 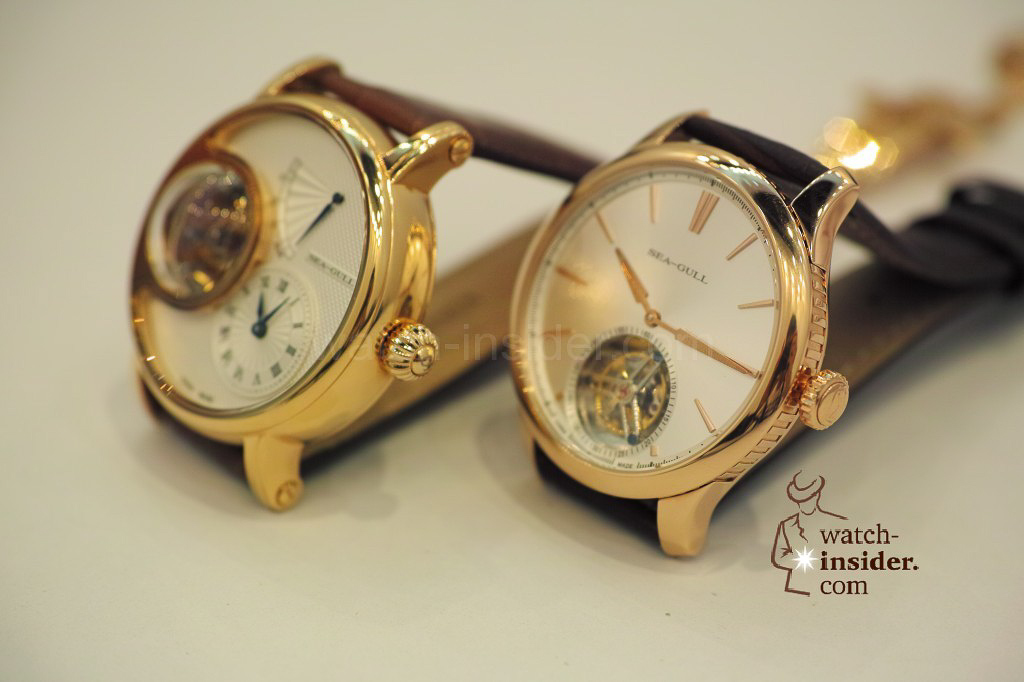 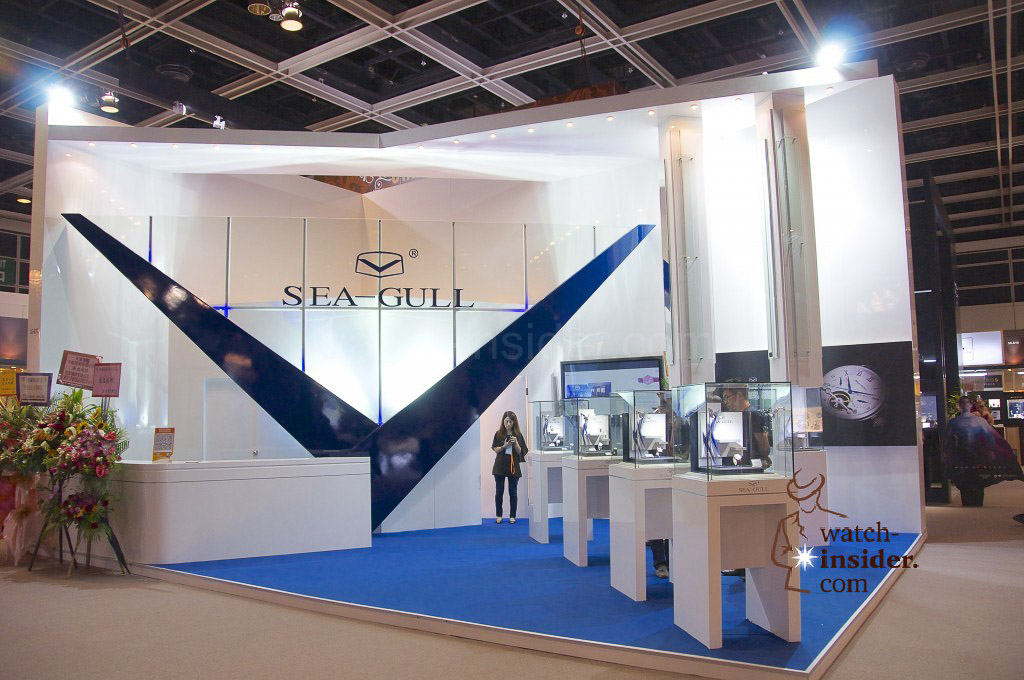 This is the end of Logan´s report…

Interesting, don´t you think? Please give me your feedback, I am curious to read your comments…

7 replies on “My Chinese contributor Logan is showing us today two quite particular Sea-Gull tourbillon timepieces. He discovered them at the Hong Kong Watch & Clock Fair.”