You will not discover novelties here, but you will see how the manufactory in Glashütte staged some of their iconic timepieces.

Guys, is it a coincidence that I get these lovely pictures today? Yesterday Moritz Grossmann opened its new manufactory building in Glashütte and gained therefore a lot of attention. Today I receive these wonderful pictures that show A. Lange & Söhne iconic timepieces being photographed in gorgeous black settings. Let´s stop speculating if this is a coincidence or not and let´s right away proceed to these stunning pictures … 🙂

In the dialogue with hand-picked black objects, A. Lange & Söhne timepieces present both sides of the darkest of all colors – the aesthetic one and the technical one … 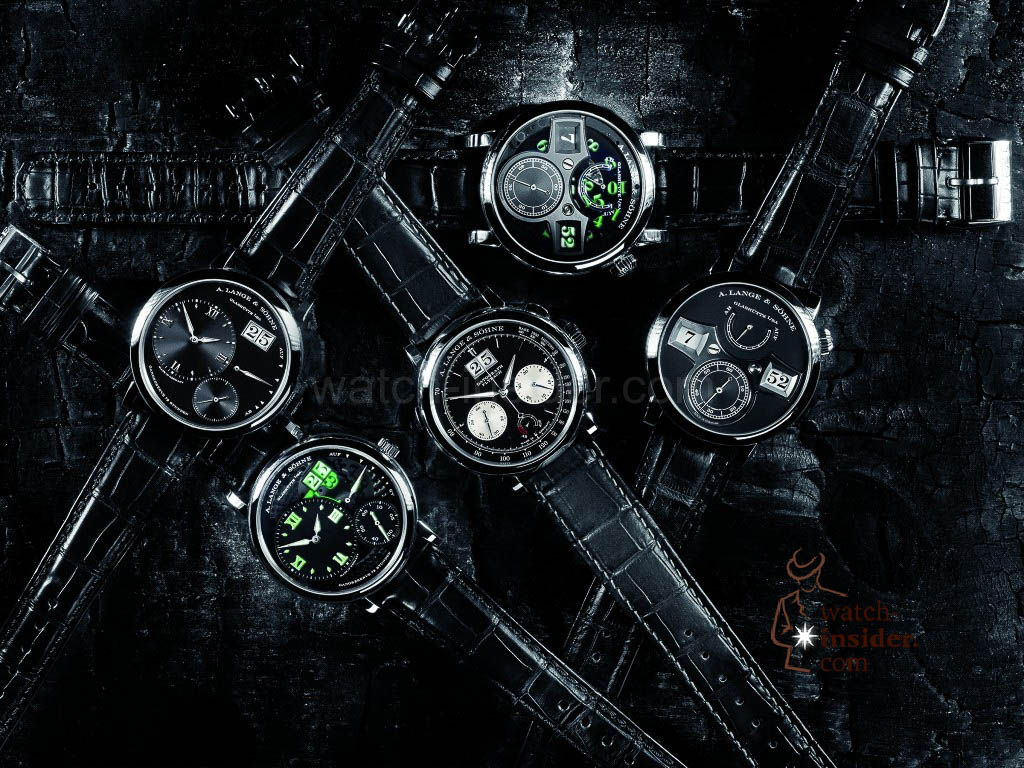 Black wins: Beneath the black dial of the model Grand Lange 1 in a noble white-gold case, the L095.2 manufacture calibre parades the ultimate in artisanship. Just like the king in chess. Skilfully crafted by a master of the trade, the figure was inspired by the filigreed woodturning works by Egidius Lobenigk and Georg Wecker in the 16th century that can still be admired in the Green Vault museum in Dresden. 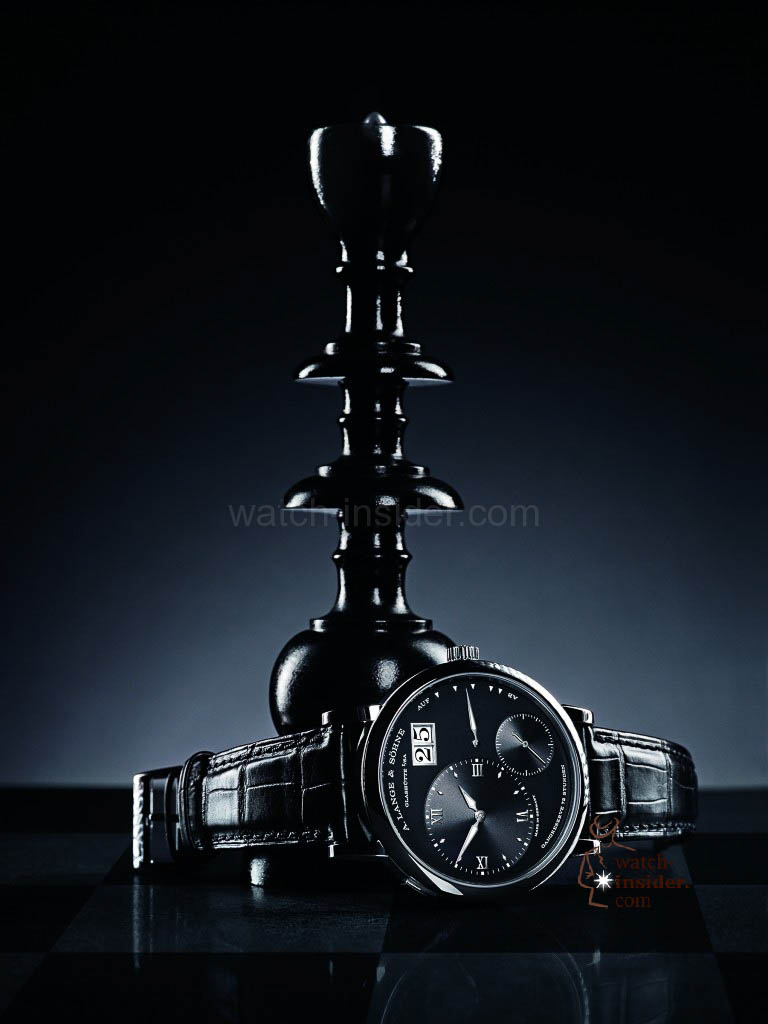 Black on black: The history of ink, which began 5000 years ago in Egypt, is the quest for the most contrast-rich colour with the best opacity. Ink with black pigments comes closest to this ideal. Today, nanotechnology can take credit for a “Super Black” that absorbs 99.6 per cent of the light. Against such a background, the luminous outsize date of the Grand Lange 1 “Lumen” would shine as brightly as the celestial canopy above the Atacama Desert. 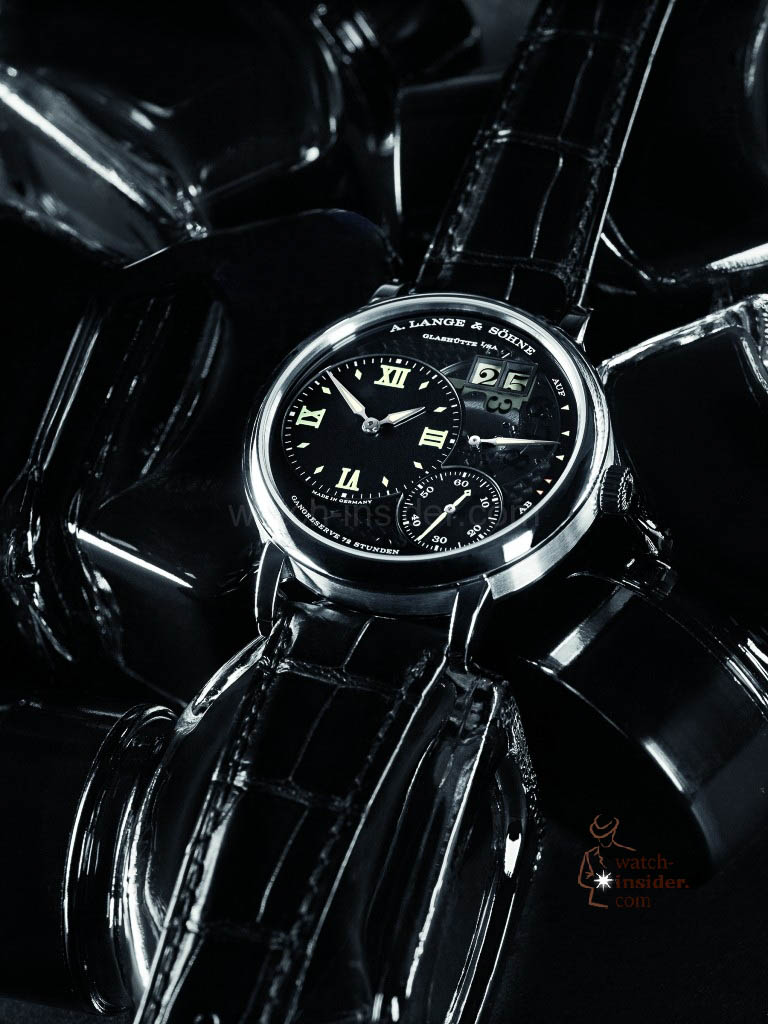 Black and white: The camera in the background is reminiscent of the many pioneering mechanical accomp­lishments that originated in Saxony. The first camera for 35-mm perforated film was built here in 1932. It was followed four years later by the world’s first single-lens reflex camera. Exposure times as short as a thousandth of a second gave rise to masterpieces in black-and-white photography. The digital display of the model Lange Zeitwerk and Lange Zeitwerk “Luminous” also switches in fractions of a second with a gentle click. A patented constant-force escapement makes this possible. 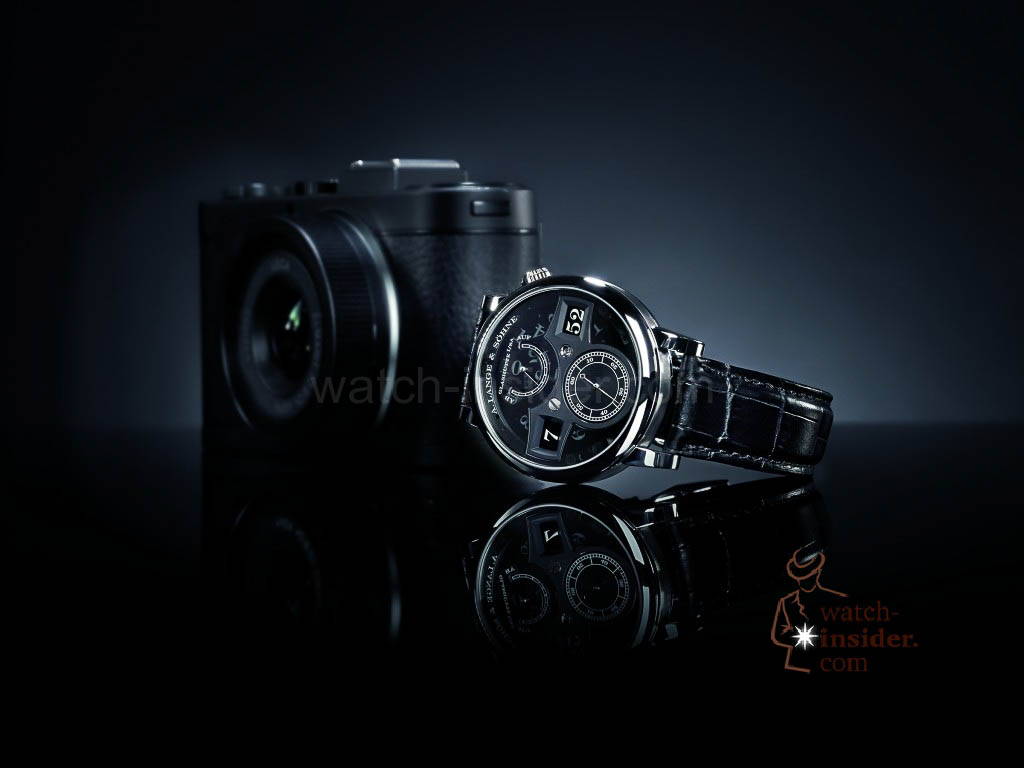 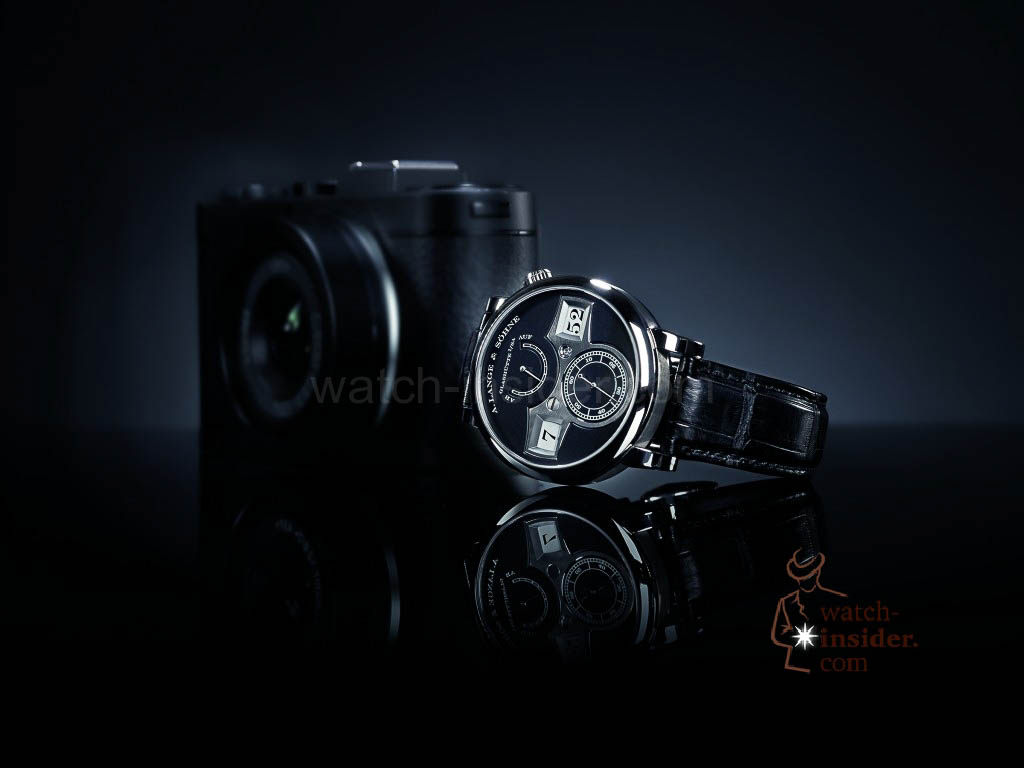 Black discs: Vinyl records are experiencing a renaissance. For music enthusiasts, what counts is not the haptic experience of the black round with its large cover and liner notes. It’s the mechanical sampling of the spiral groove that creates a richly detailed, three-dimensional sound­scape as in a concert hall. In the model Datograph Up/Down, the aes­thetic thrill lies not only in the relief structure of the fine azuré grooves on the bright subsidiary dials. Lange’s ca­libre L951.6 ranks among connoisseurs as the technically most advanced and beautiful chrono­graph movement. 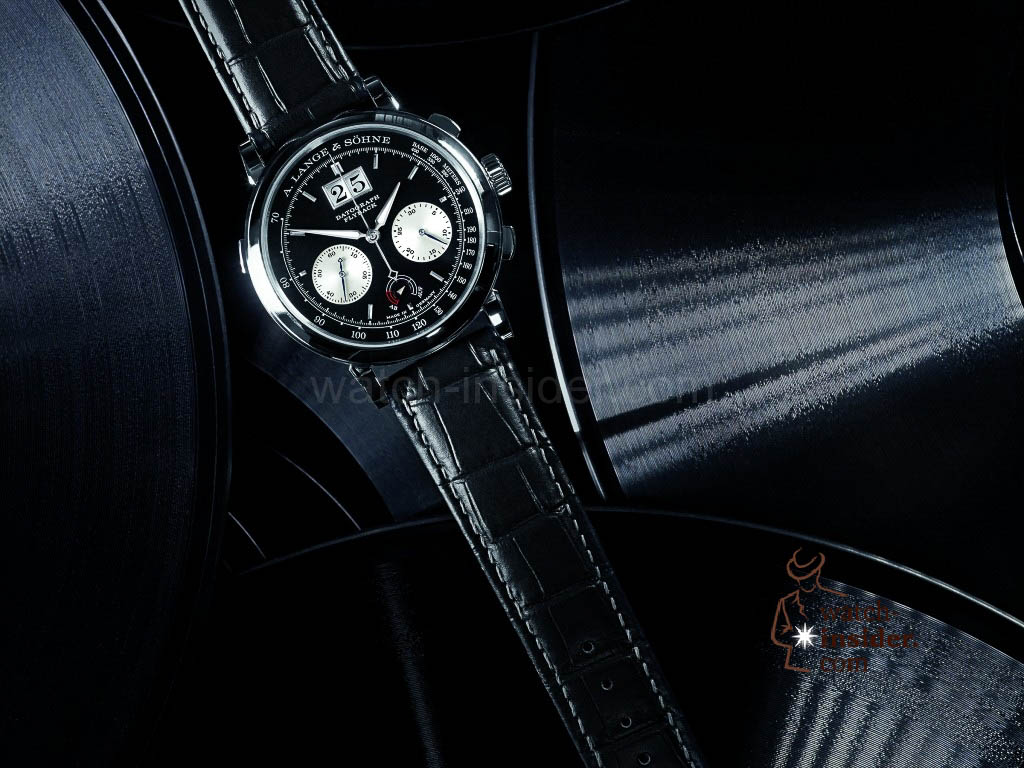 The examples illustrate: black has the potential for icon status. It is a designer’s favourite colour because it highlights the pure underlying form. Equally, it can have a technical function. Photographers prefer black cameras because they produce no reflections. And in a wristwatch, a black dial combined with bright markers or luminous displays assures high contrast and good legibility. 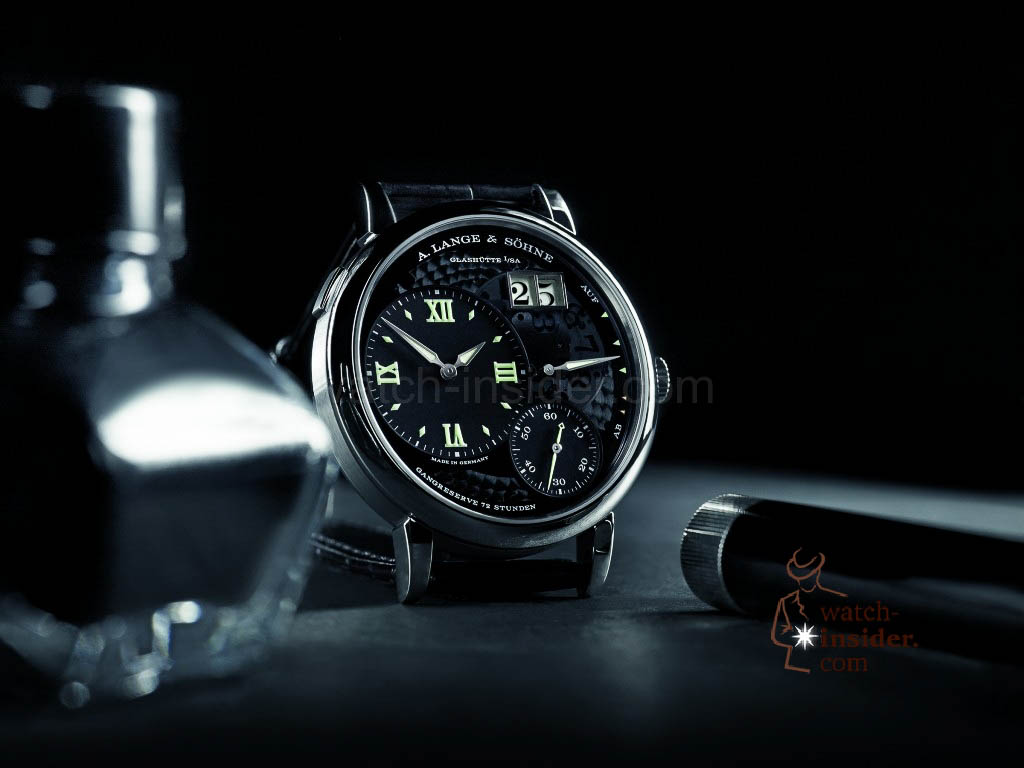 One reply on “A dialogue with hand-picked black objects … A. Lange & Söhne provided me some magnificent pictures”