By using a linear oscillator within the chronograph TAG Heuer achieved a precision of 5/10’000th of a second.

To achieve ultra-high frequencies never before dreamed possible TAG Heuer in early 2012 made a radical decision: The R&D team started from a blank page, forgetting all they knew about the classical hairspring and the balance wheel. By using the mechanistic theory of Christian Huygens’ extraordinary accomplishment of 1657 the R&D-team reinvented the mechanical watch regulation. The TAG Heuer Carrera Mikrogirder uses the 3-centuries-old Christiaan Huygens system: Instead of a spiral shape in a classical hairspring, it uses a coupling blade/girder and excitatory blade/girder system working with a linear oscillator. The Mikrogirder system vibrates isochronously at a very small angle, as opposed to a traditional watch, which vibrates at an angle of up to 320 degrees. The advantages are numerous. In a classic spiral hairspring system, the effect of gravity due to mass is a dominant issue. With the Mikrogirder, the problem no longer exists. There is no loss of amplitude and the movement’s frequency can be modulated on a very large spectrum of frequency without overburdening the power supply. The result is a significant increase in precision (division of time) and performance (frequency accuracy and stability).

1 balance wheel on the watch

1 linear oscillator on the chronograph

What you see on the dial: 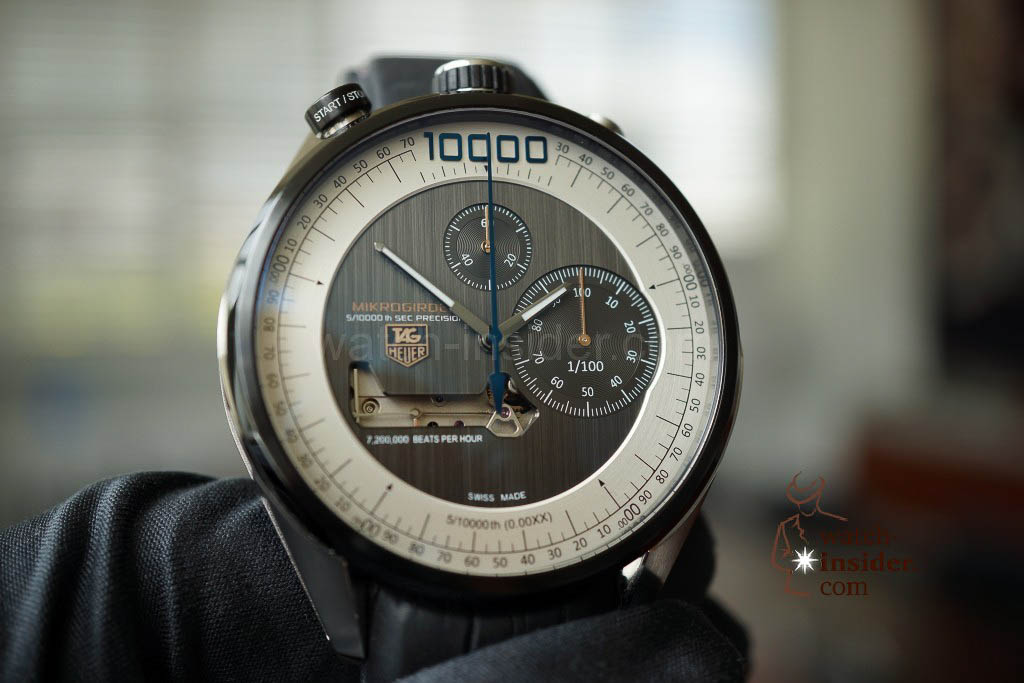 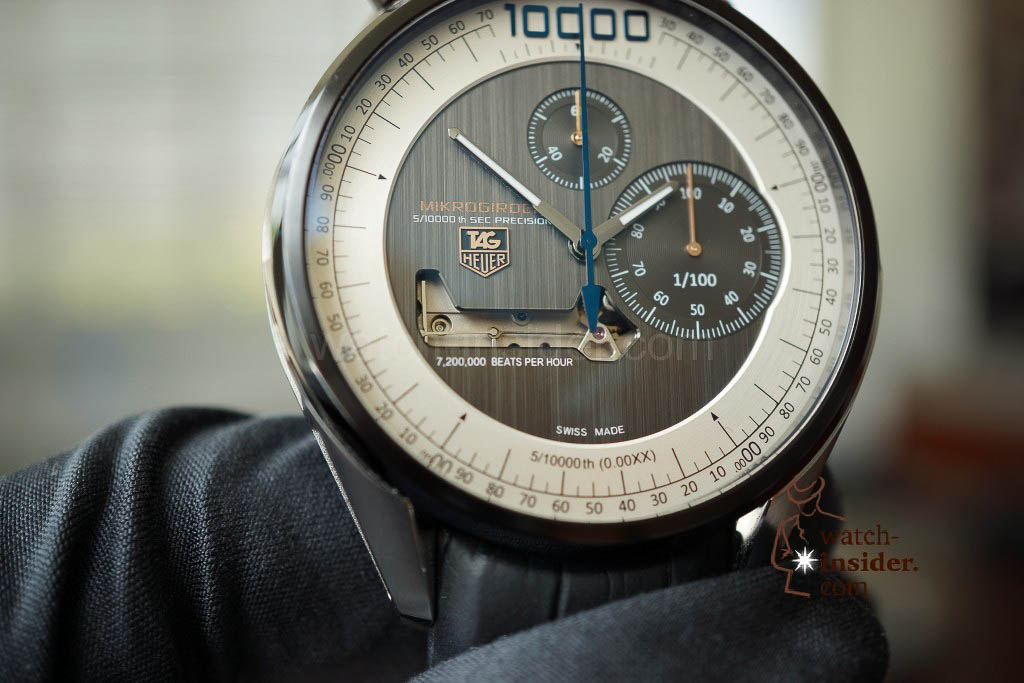 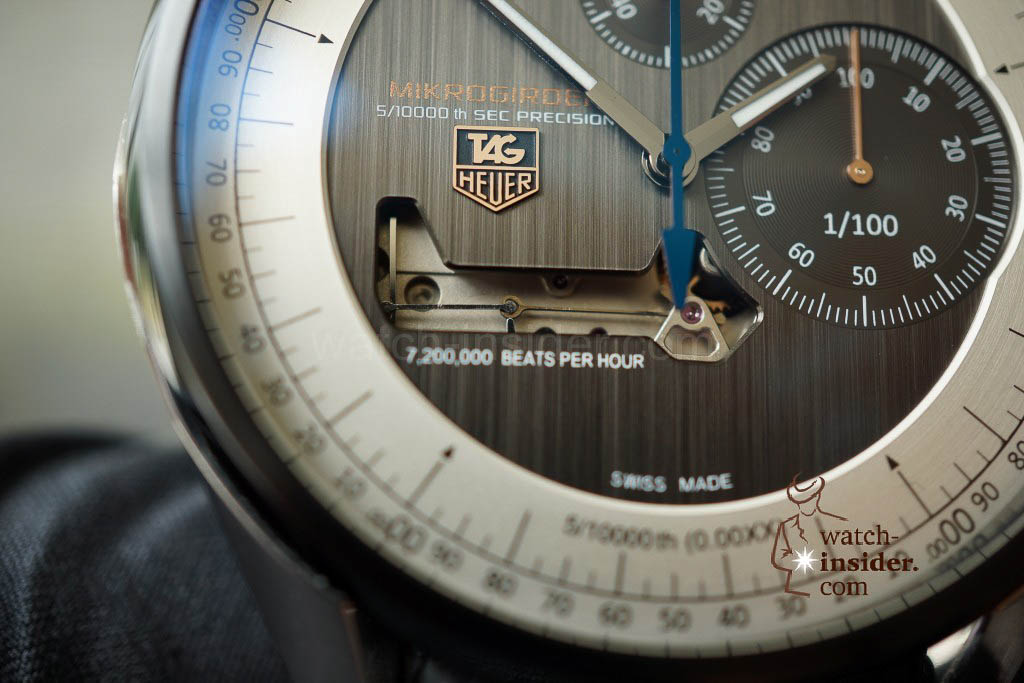 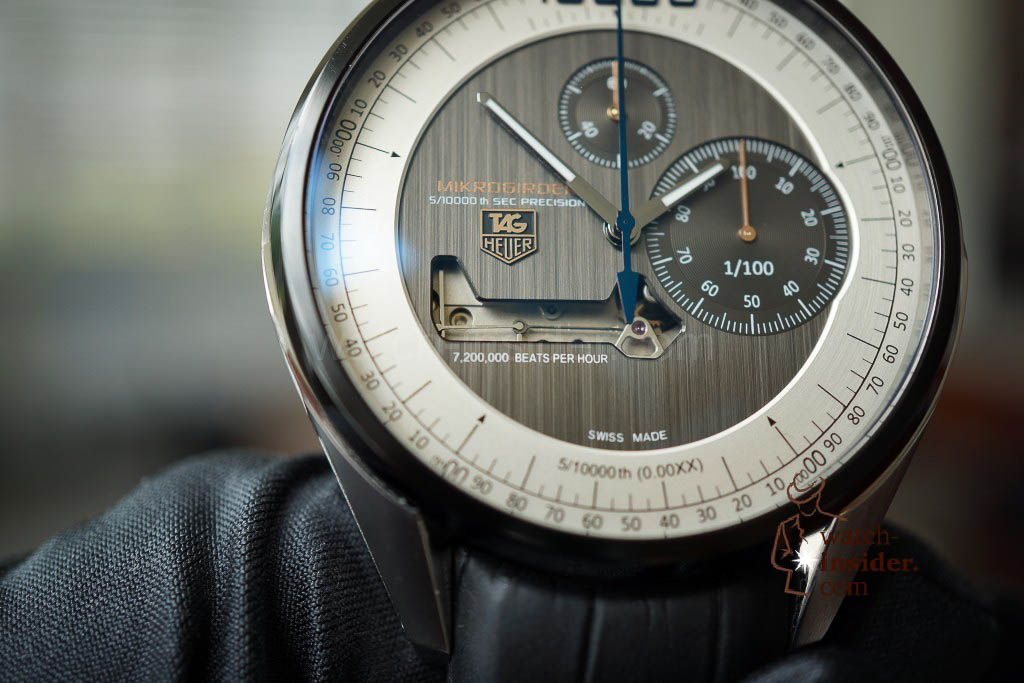 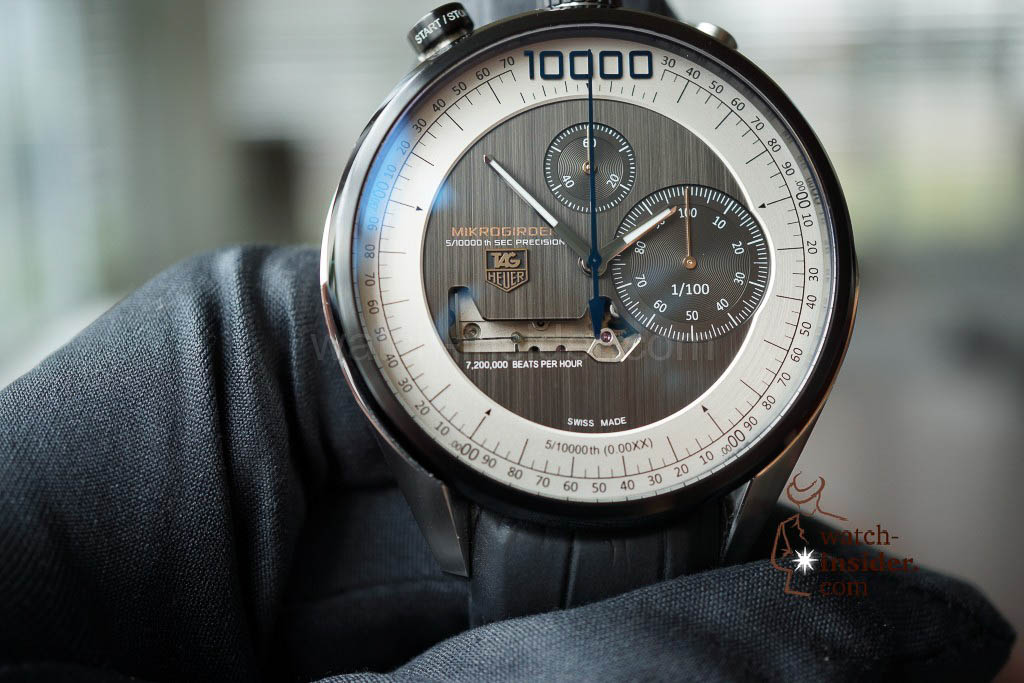 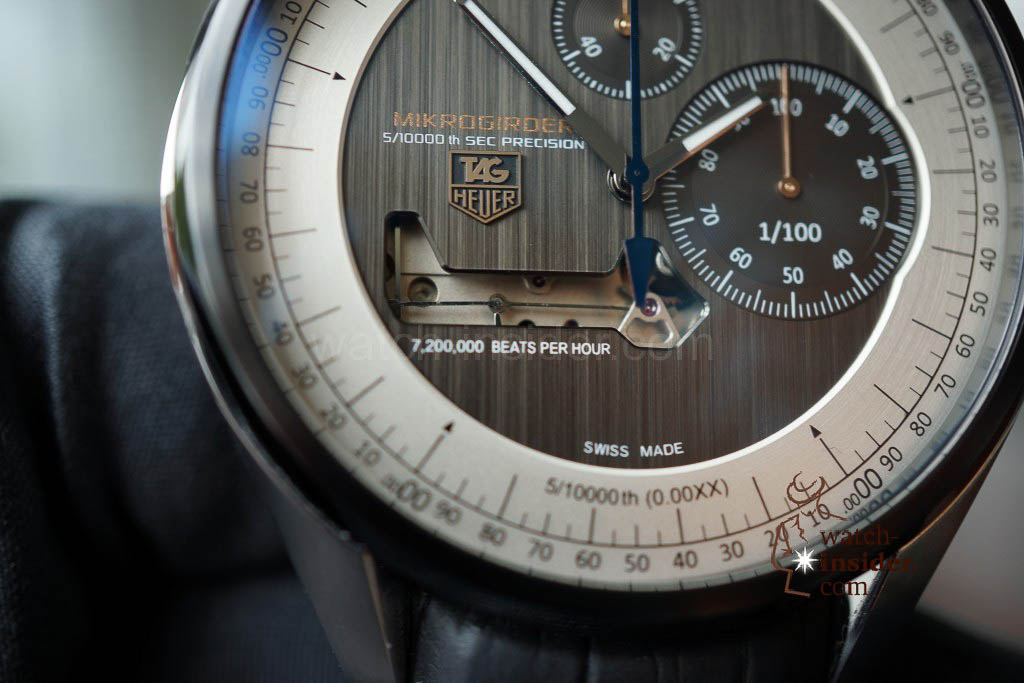 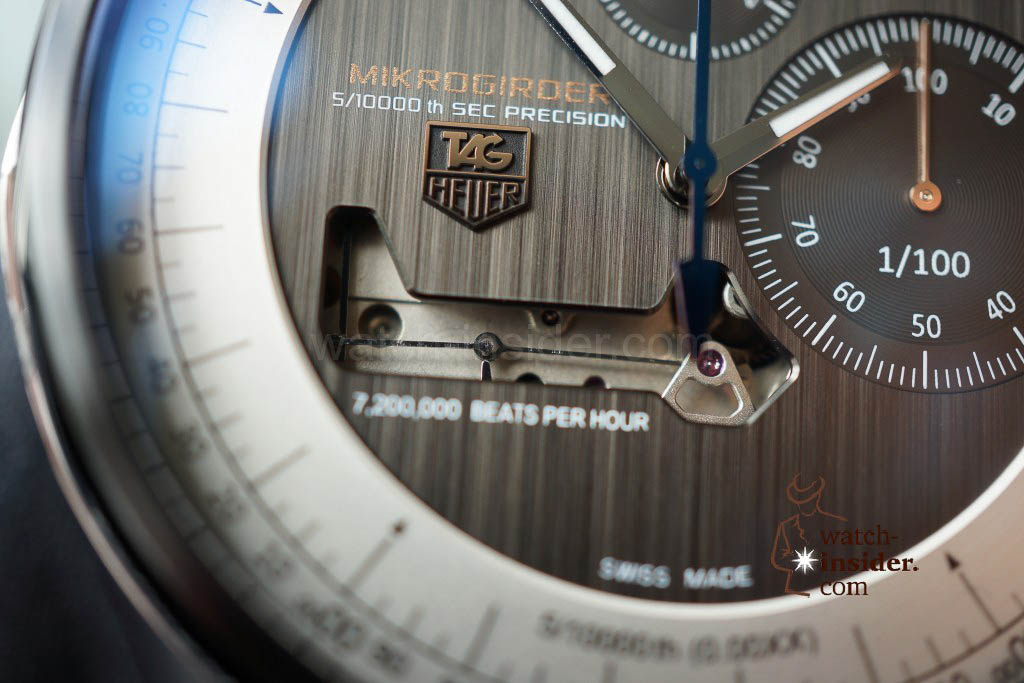 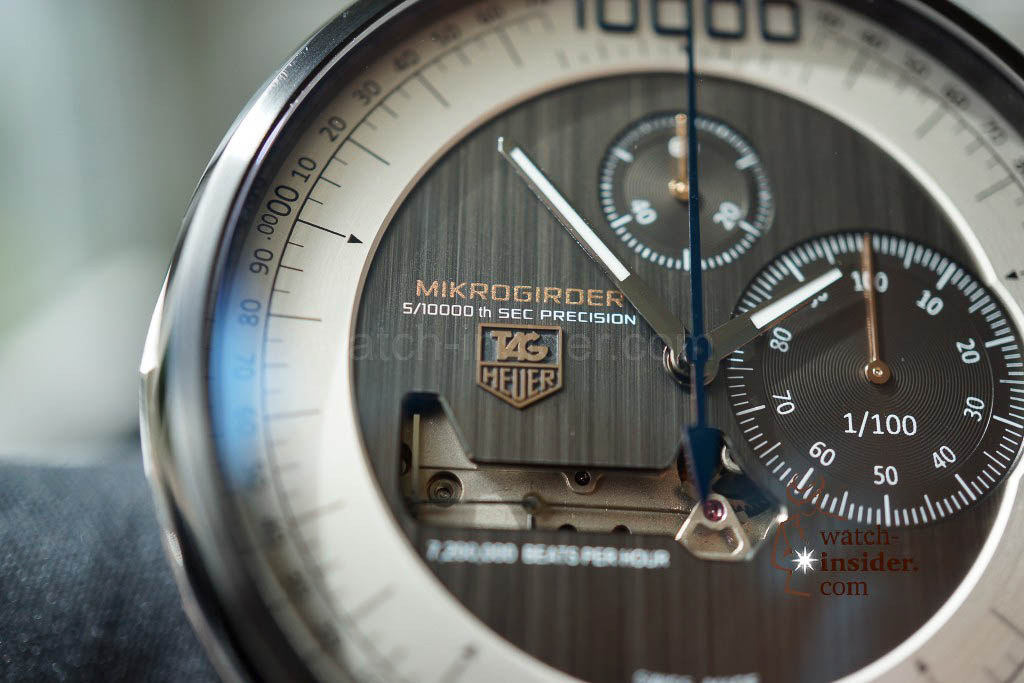 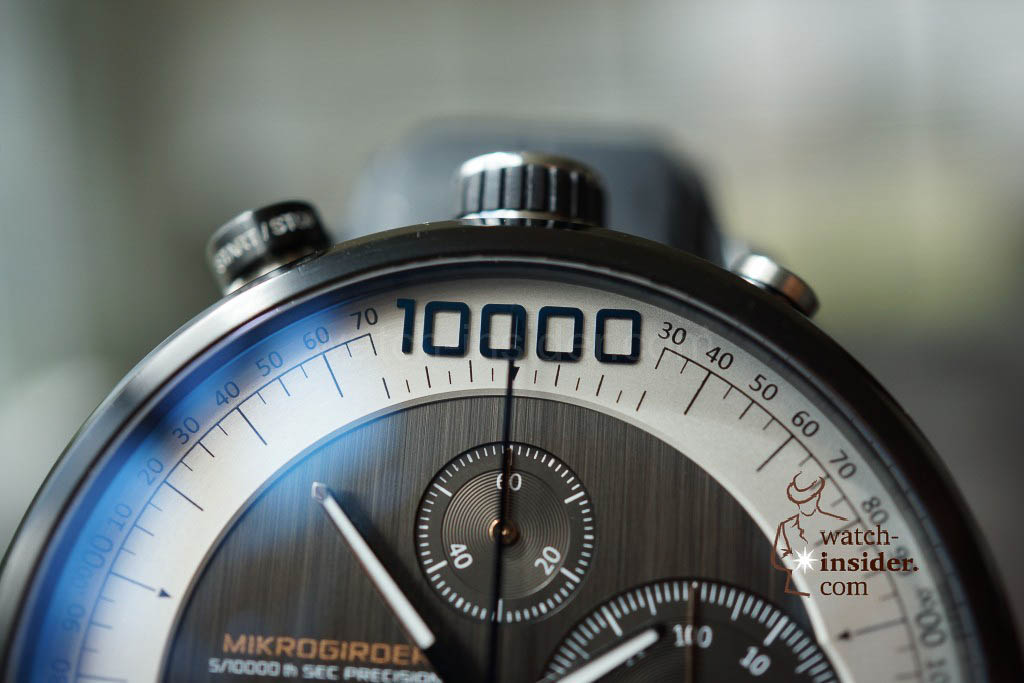 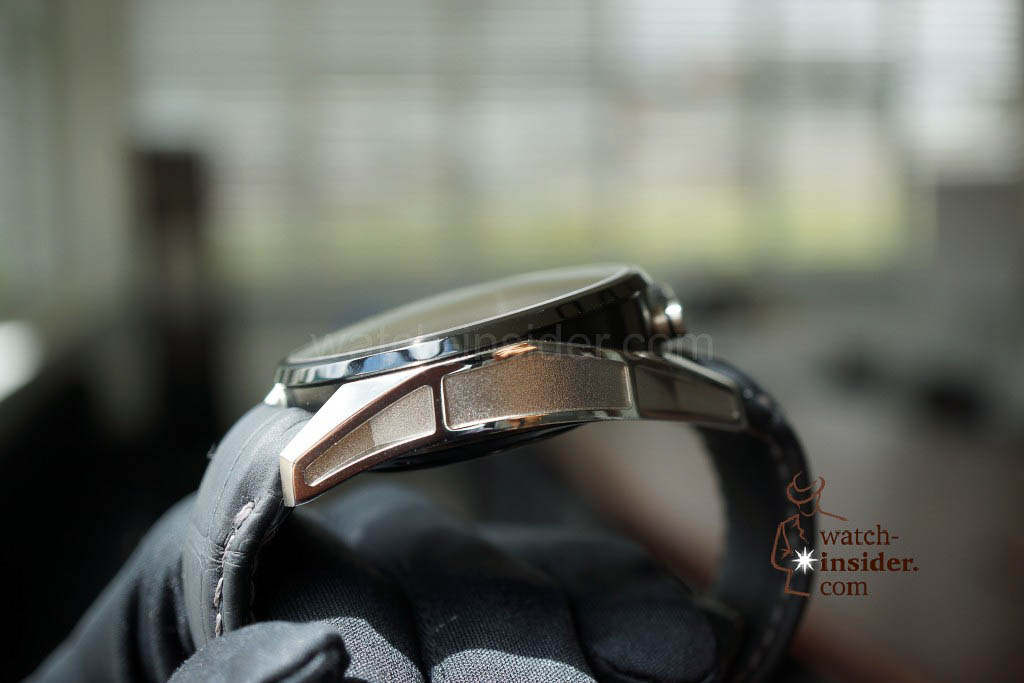 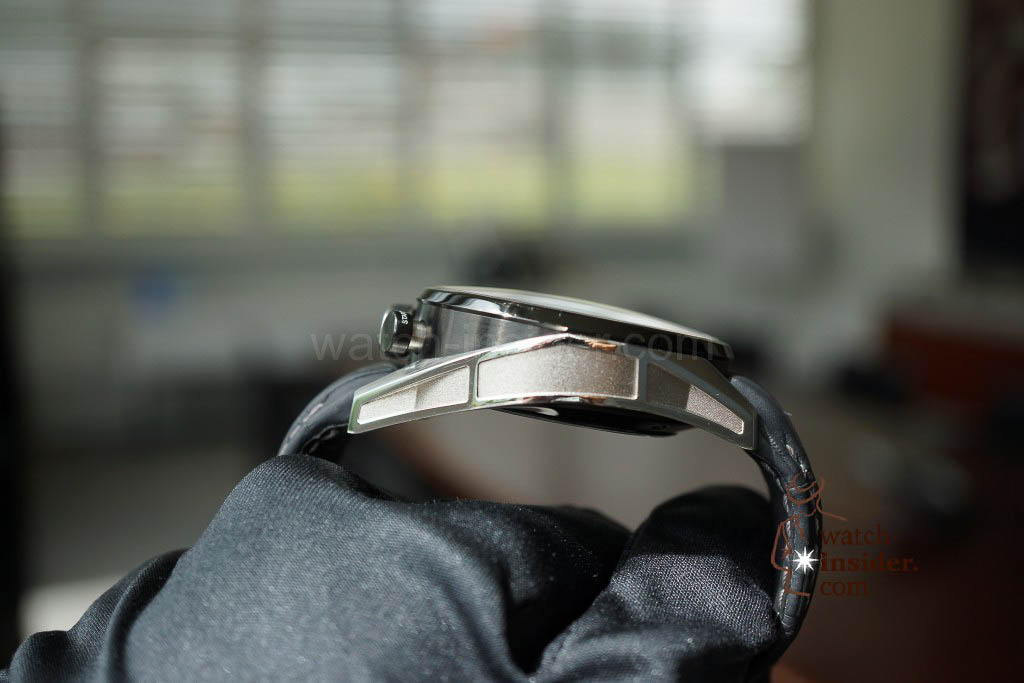 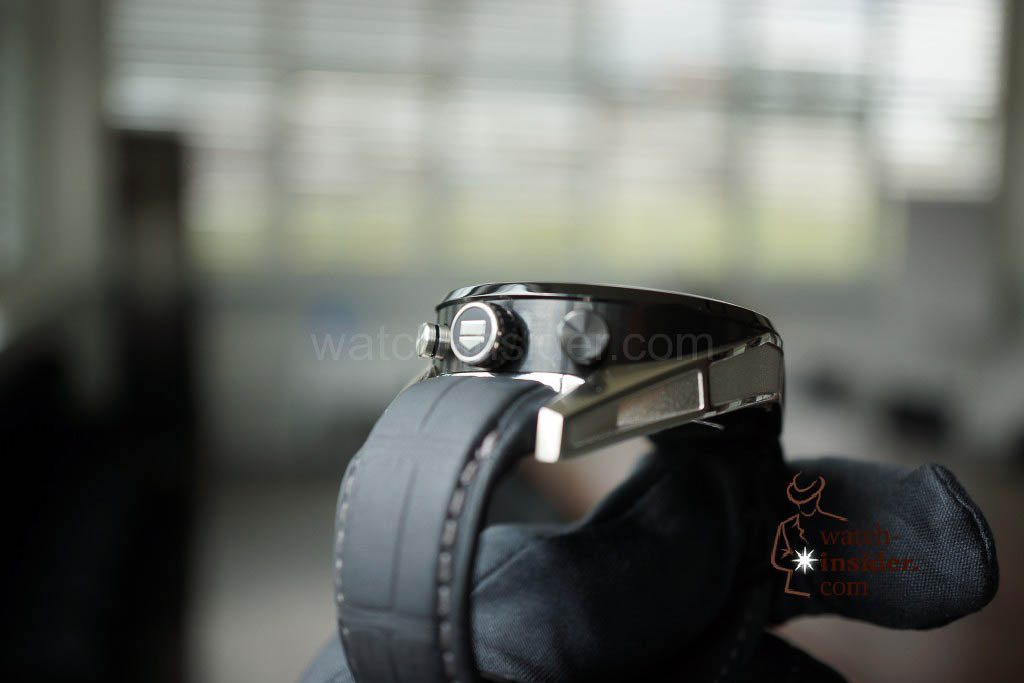 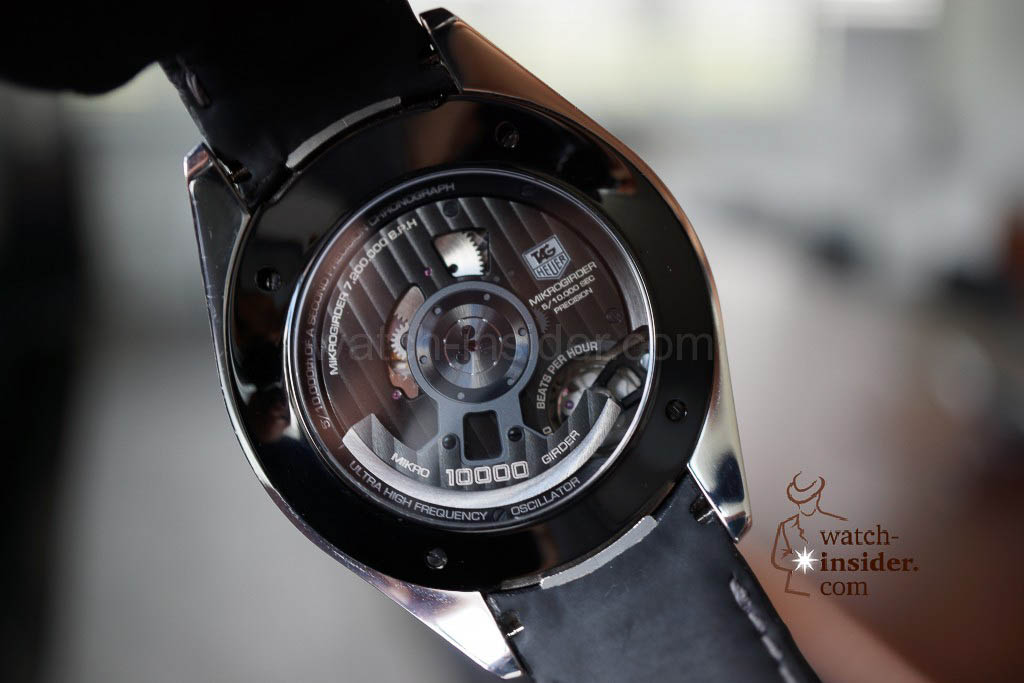 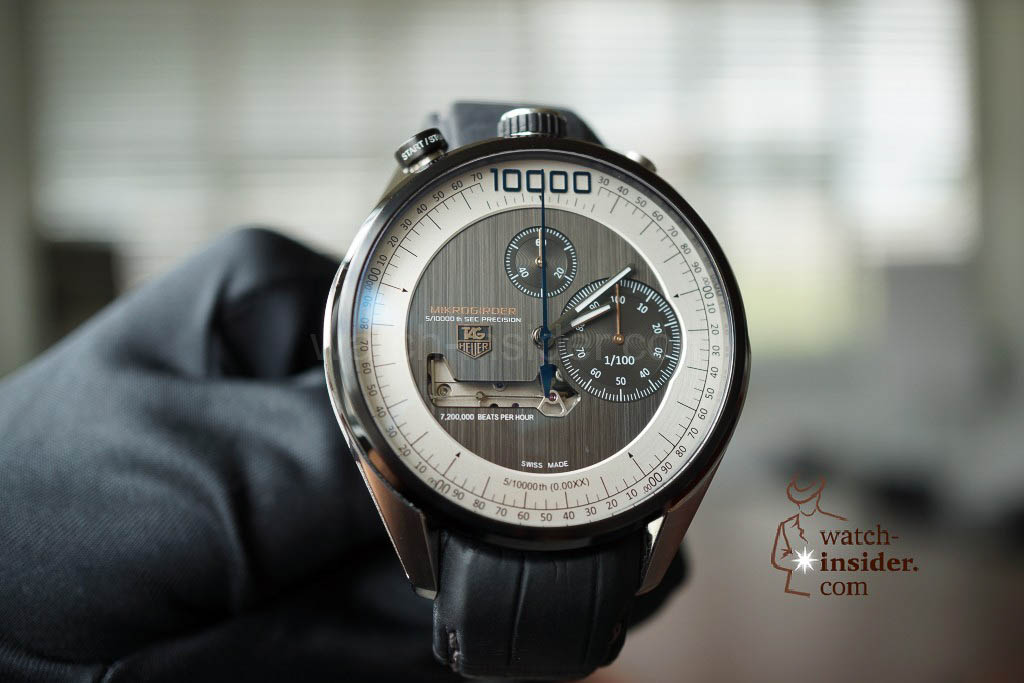 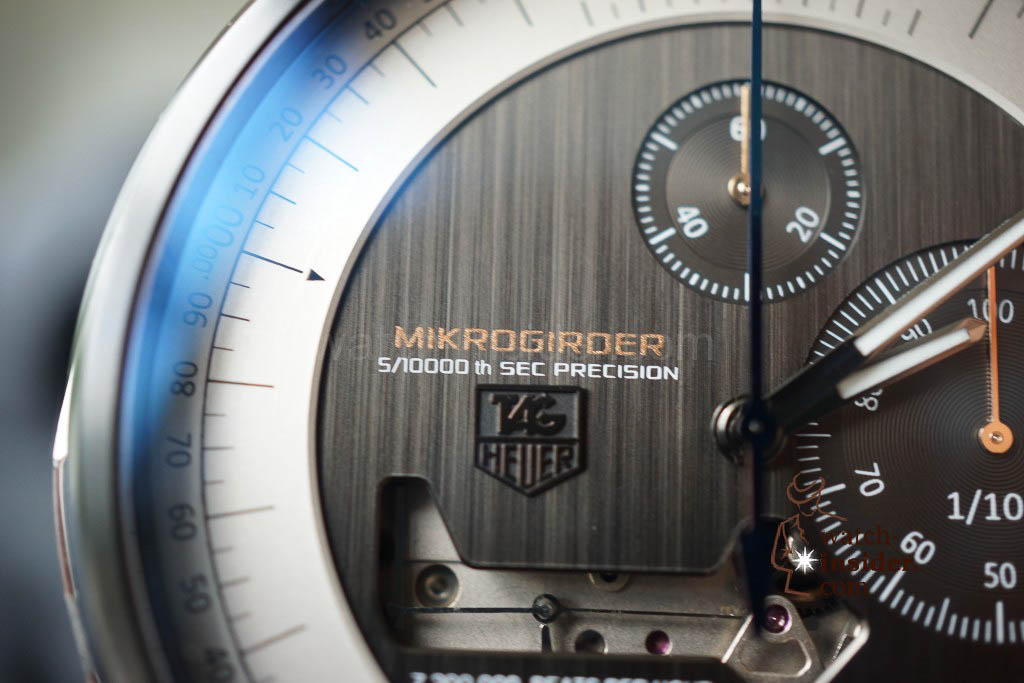 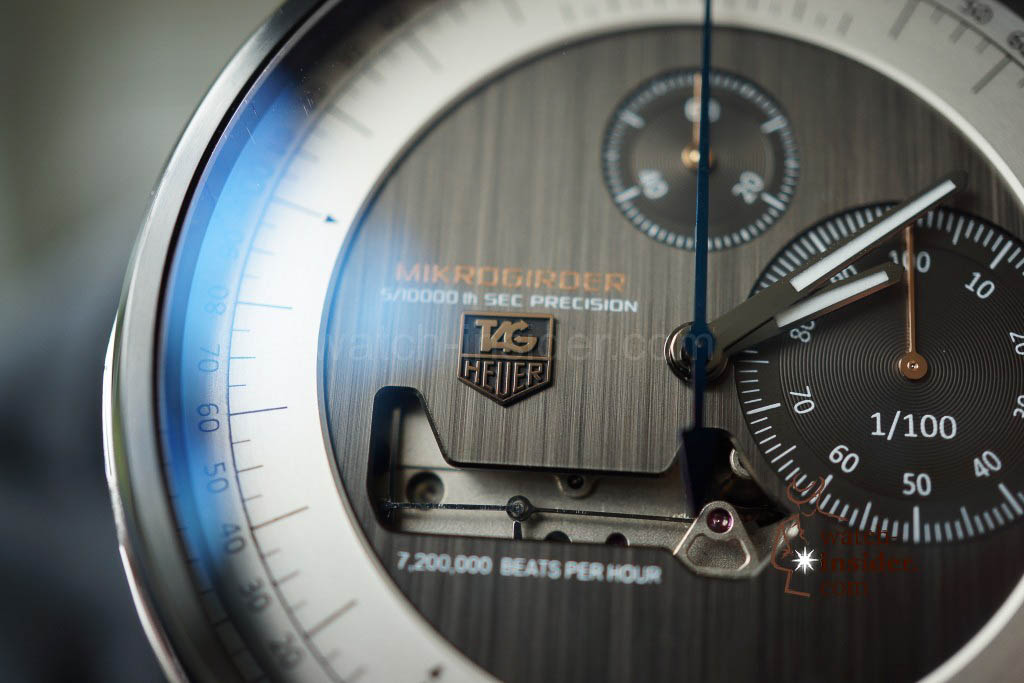 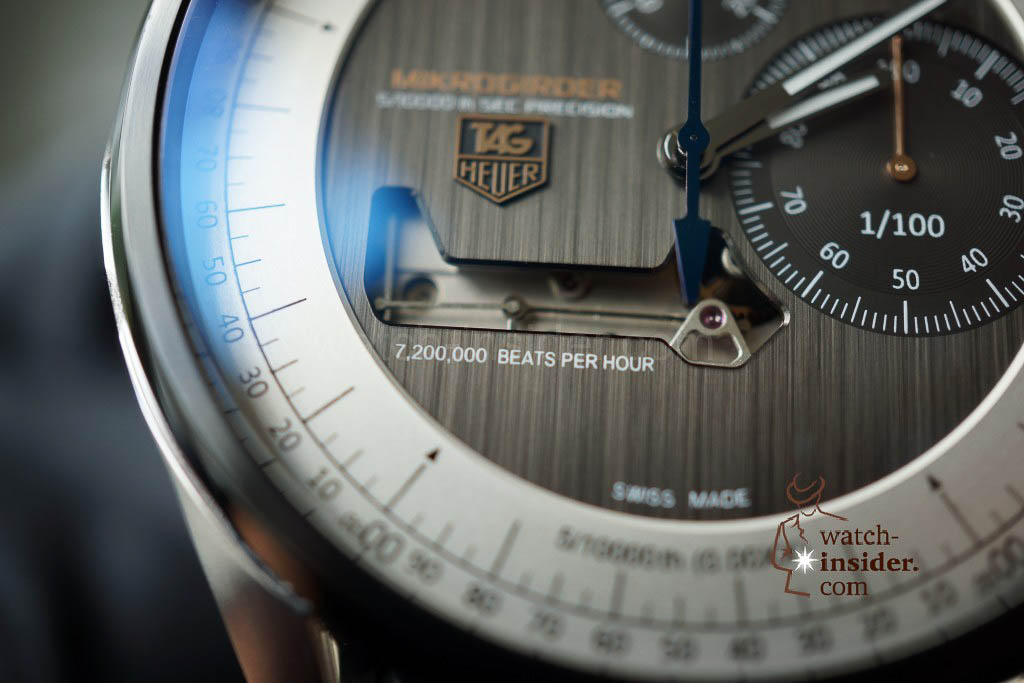 Photos taken with the chronograph ON 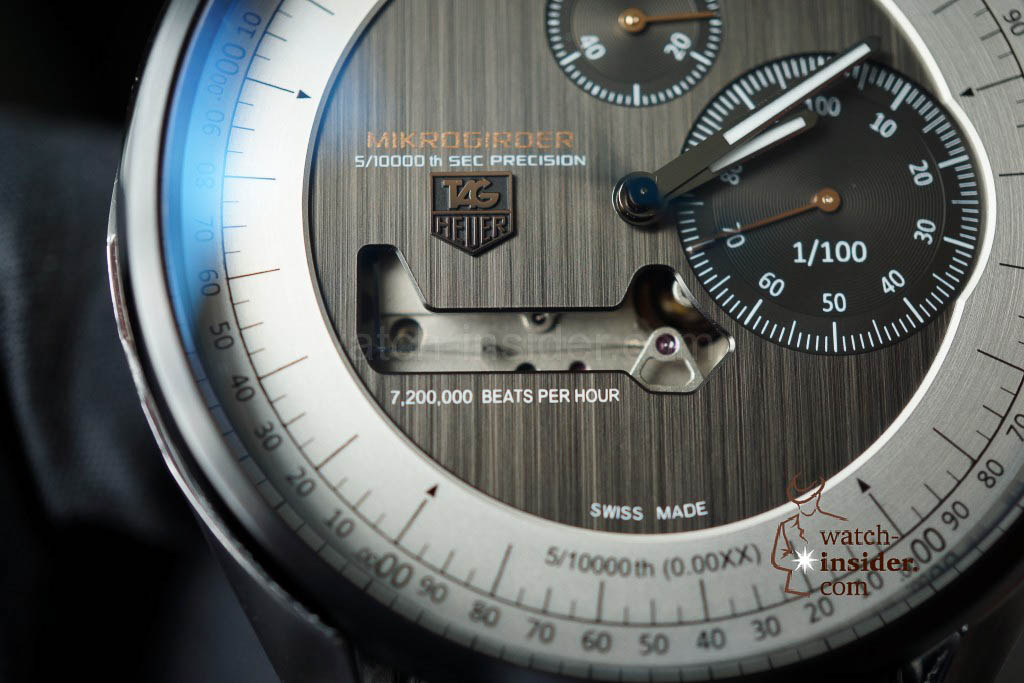 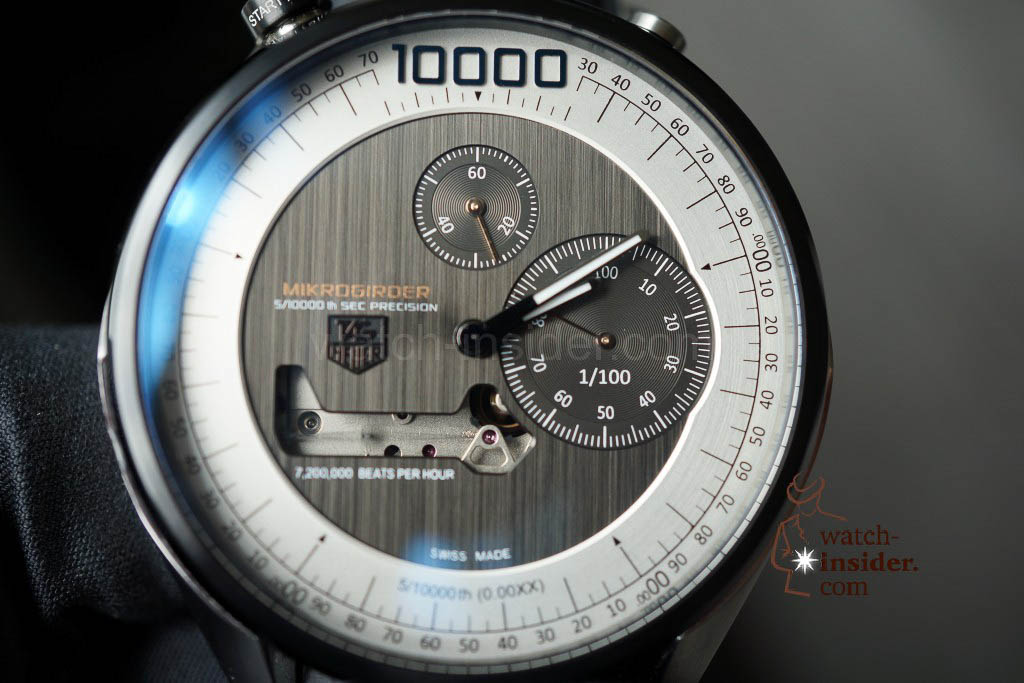 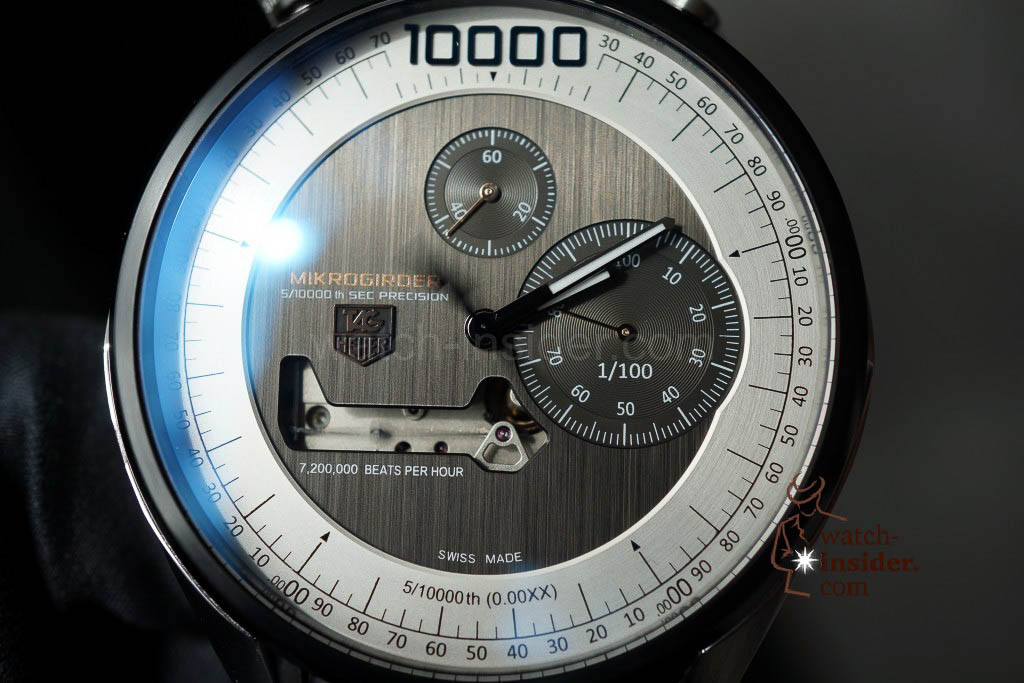 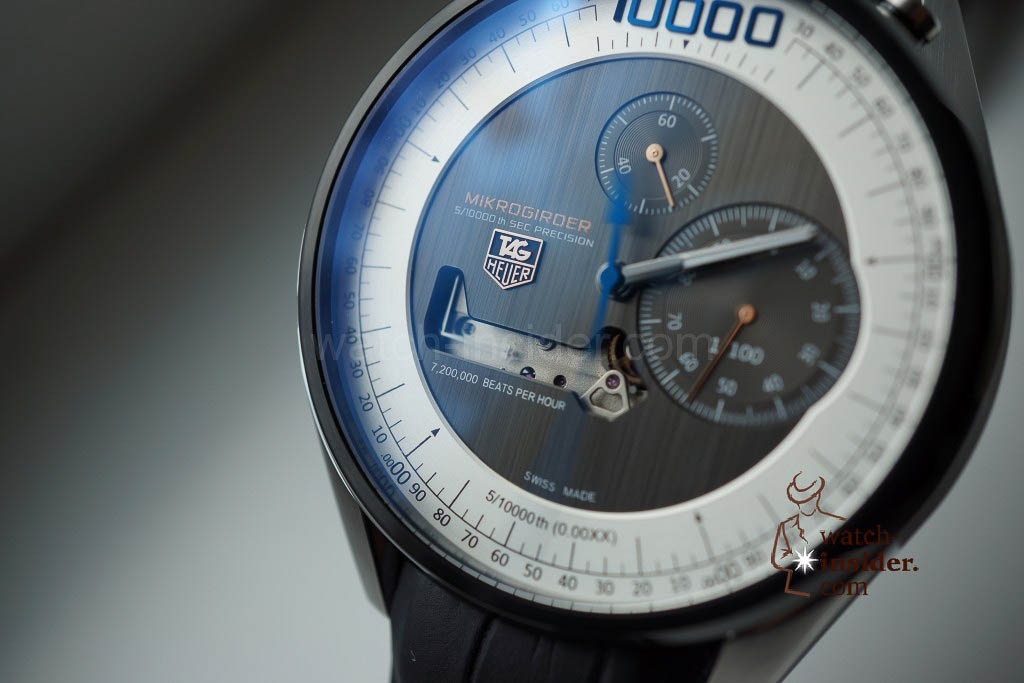 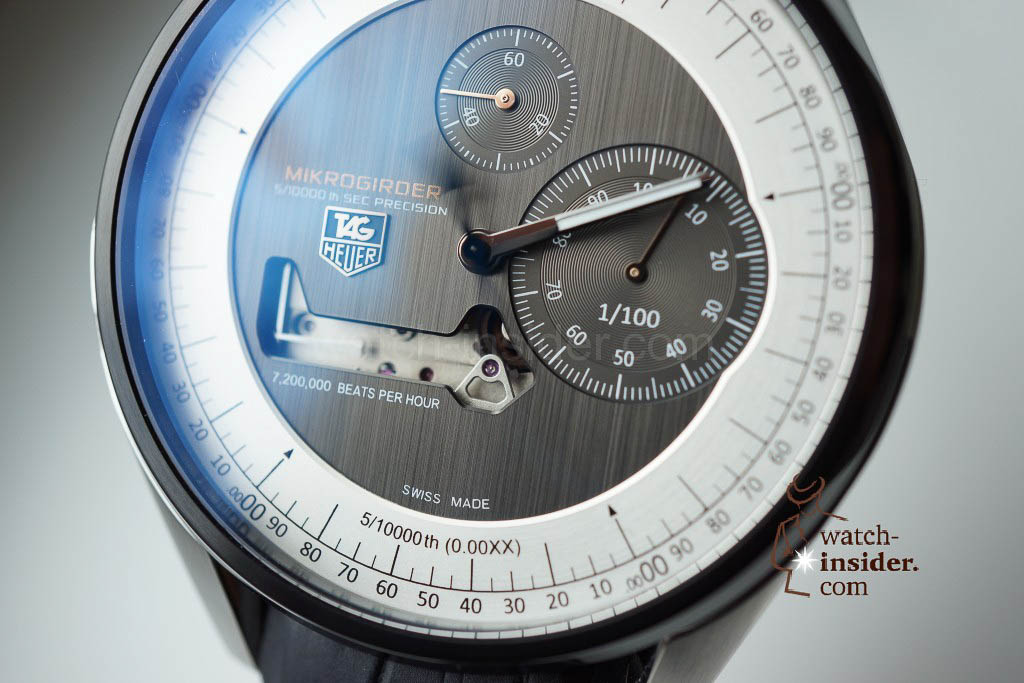 Written By
Alexander Linz
More from Alexander Linz
Bronze upholstery ages and acquires a beautiful patina over time. Some times it might be a...
Read More