With the relaunch of the Geophysic True Second, Jaeger-LeCoultre already got a lot of positive attention. Returning such a classic icon to their catalogue sure was a great addition. Today they will put a special limited edition up for sale of the same watch with a stunning blue dial. Limited to 100 pieces and only available online. Check out the watch and info below! A heads-up to collectors and those who love watches with a history: Jaeger-LeCoultre presents a new edition of its Geophysic True Second watch, this time with its iconic design rendered in a spirited blue. The Geophysic True Second Limited Edition will be issued as a series of 100 pieces. 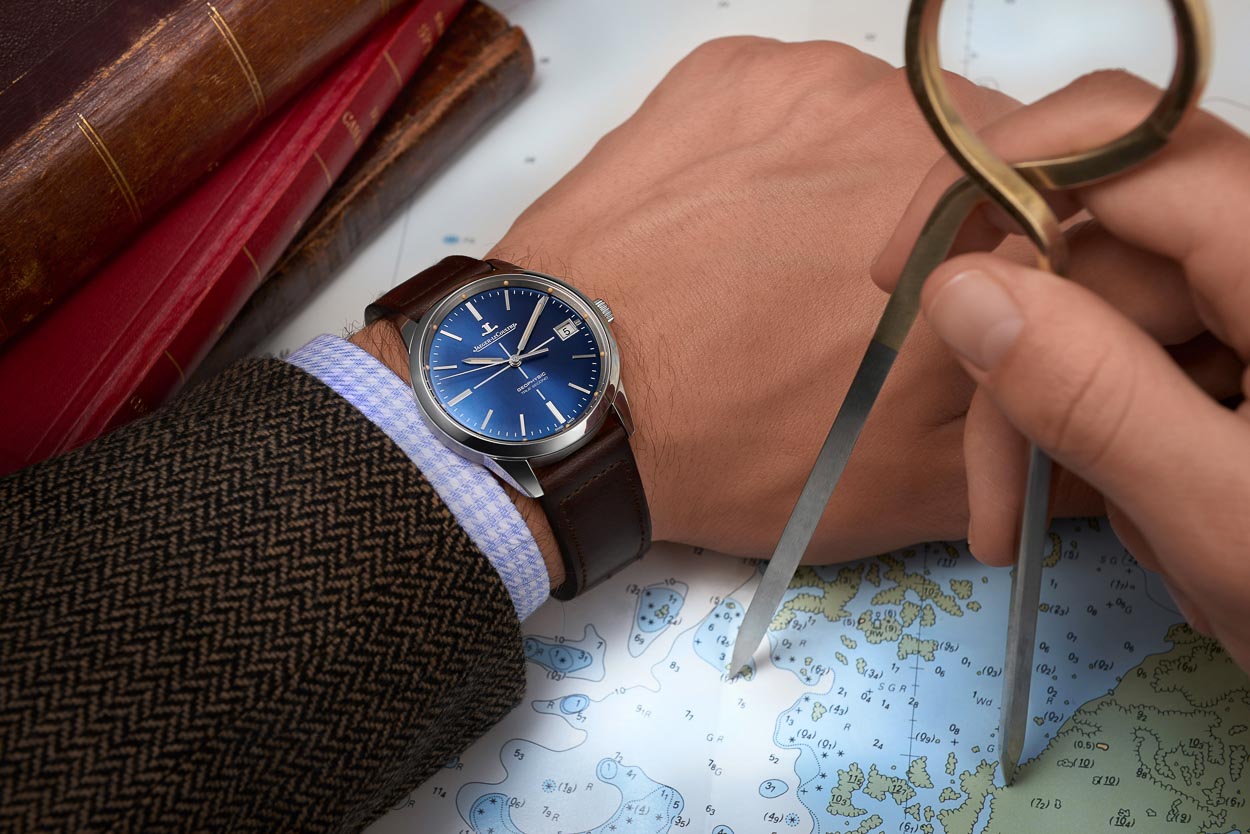 The inspiration for the Geophysic watch dates back to a legendary chronometer of great accuracy and strength created in 1958 for the International Geophysical Year, with its myriad scientific discoveries and explorations. The epitome of Swiss know-how – and especially the Jaeger-LeCoultre Manufacture’s expertise – this chronometer was bestowed on the first man to lead an expedition under the North Pole, Captain Anderson, in honour of his achievement.  Since then, the Grande Maison has breathed new life into the legend, harnessing its top-calibre watchmaking skills and the refinement of a sober, classic aesthetic to create the Geophysic collection. 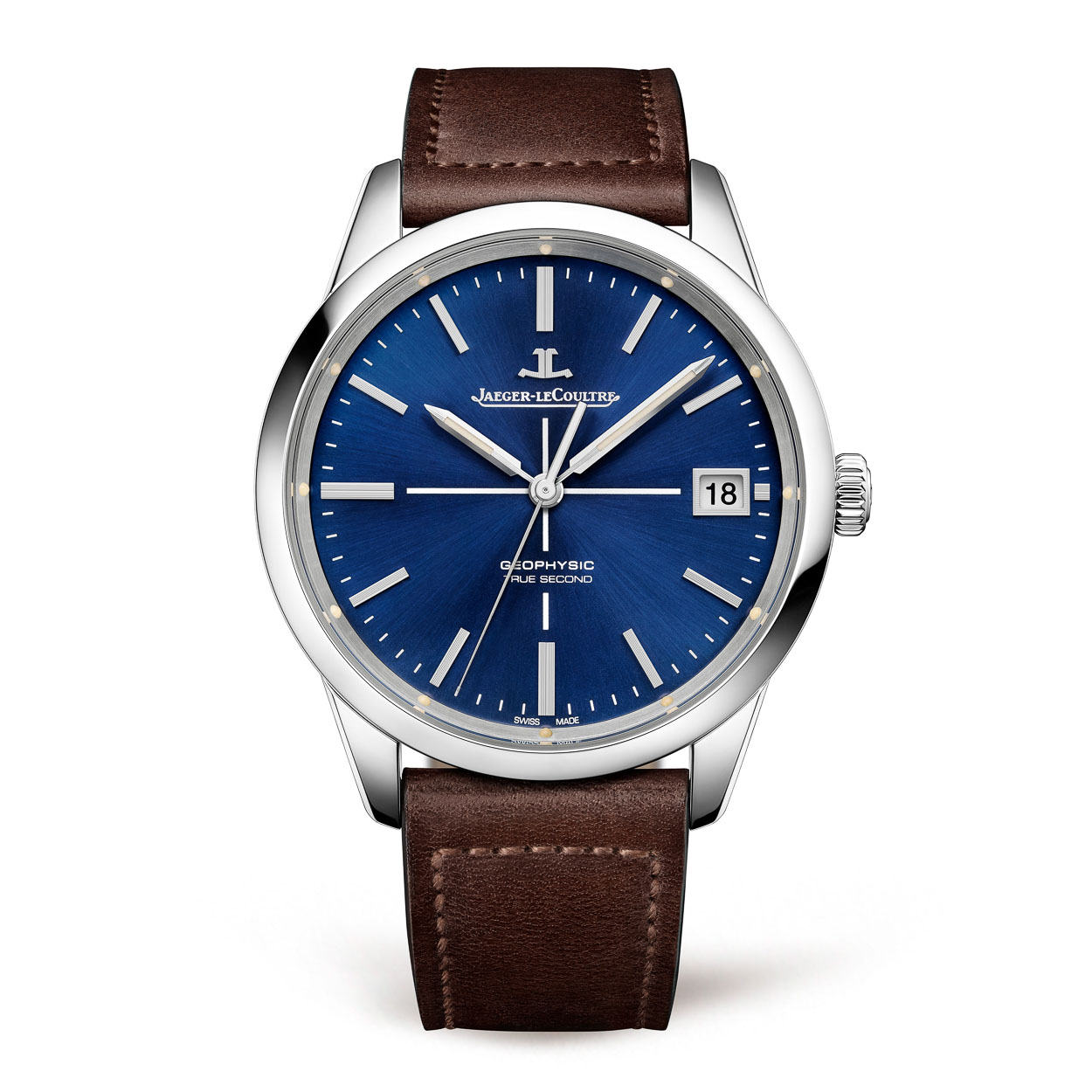 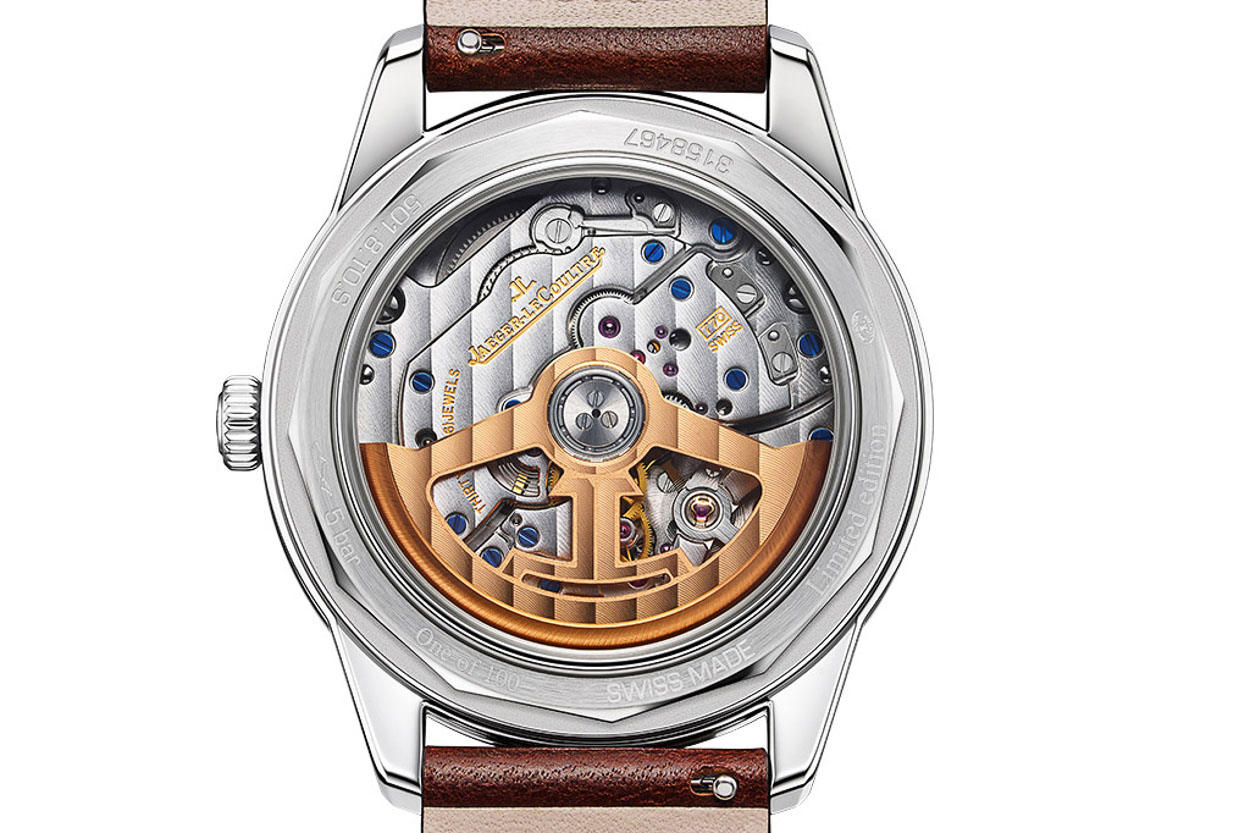 Now Jaeger-LeCoultre introduces the Geophysic True Second Limited Edition watch with an ocean blue dial, conjuring up the fathomless depths explored during the International Geophysical Year. Sunburst patterning on the dial creates a play of light that sets off the alternating brushed and polished finishes of the case. The central cross – reminiscent of location-mapping instruments – is a nod to the historic 1958 Geophysic model. It also prolongs the delicacy of the applique hour-markers. Its triple-faceted hands and the minute track around the flange are coated in luminescent material, making it easy to tell the time at night. Lovers of beautiful objects will appreciate the watchstrap of brown calfskin whose patina enhances the appeal of this piece. 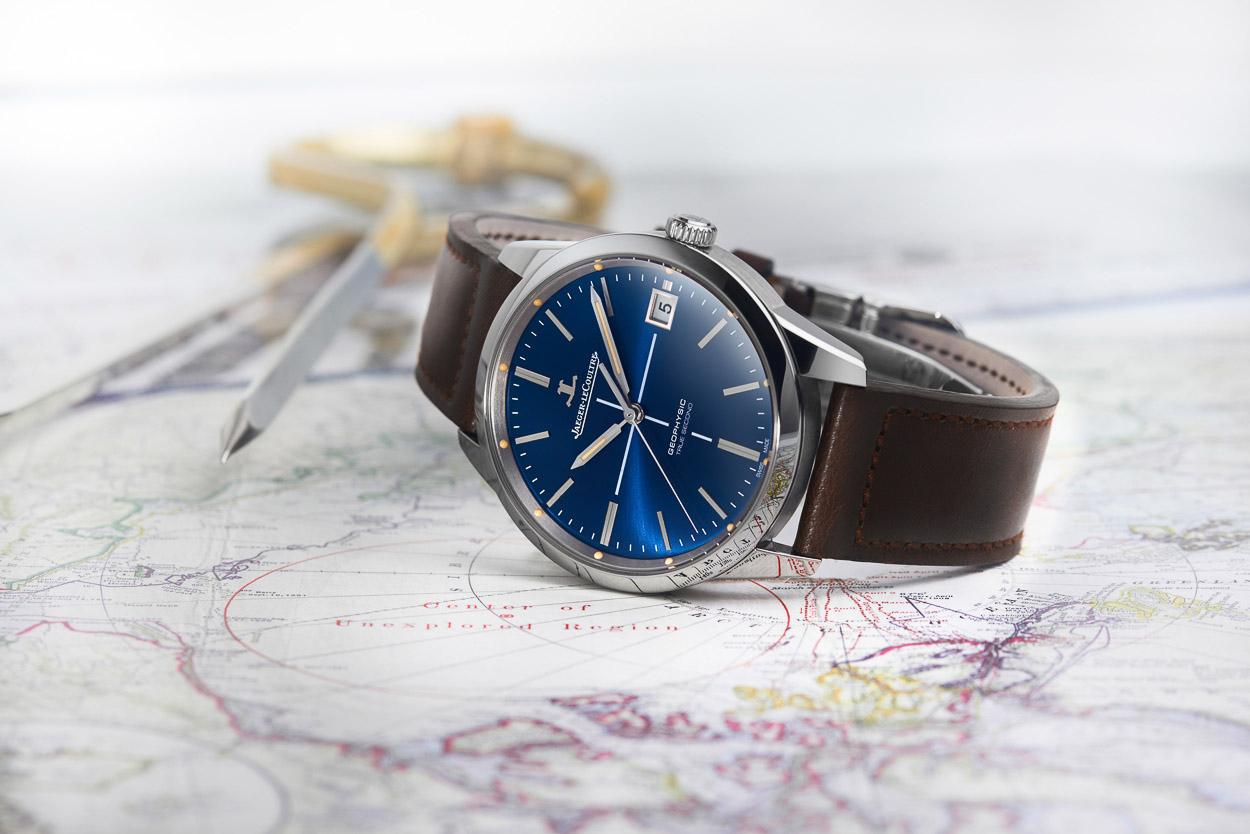 The Geophysic True Second Limited Edition watch is fitted with an extremely accurate and aesthetically pleasing movement, the Jaeger-LeCoultre Calibre 770. It endows the watch with a True Second, a rare complication on an automatic calibre, that beats out the rhythm of every second. Its Gyrolab balance wheel of non-circular design replicates the Jaeger-LeCoultre anchor symbol, and demanded a great deal of research in how to reduce the effects of air friction. This ground-breaking innovation makes the watch significantly more accurate. Very practical for travellers, the jumping hour is set through the crown, without affecting the precision of the minute hand. The oscillating weight of this calibre is made of pink gold, and shaped like an anchor. With its sapphire crystal case-back, this watch offers an elegant view of its movement. Engraved around the perimeter are the words “limited edition – one of 100”. This is a true collector’s timepiece.

To further emphasise its elite credentials, the Geophysic True Second Limited Edition is launched exclusively in the Jaeger-LeCoultre online Boutique, at www.jaeger-lecoultre.com