Recently we joined Blancpain to the island of Sylt which is located close to Denmark in the top of Germany. Besides the opportunity to go hands on with the latest Blancpain Fifty Fathoms Ocean Commitment III we also got to meet up with freediving champion Gianluca Genoni. 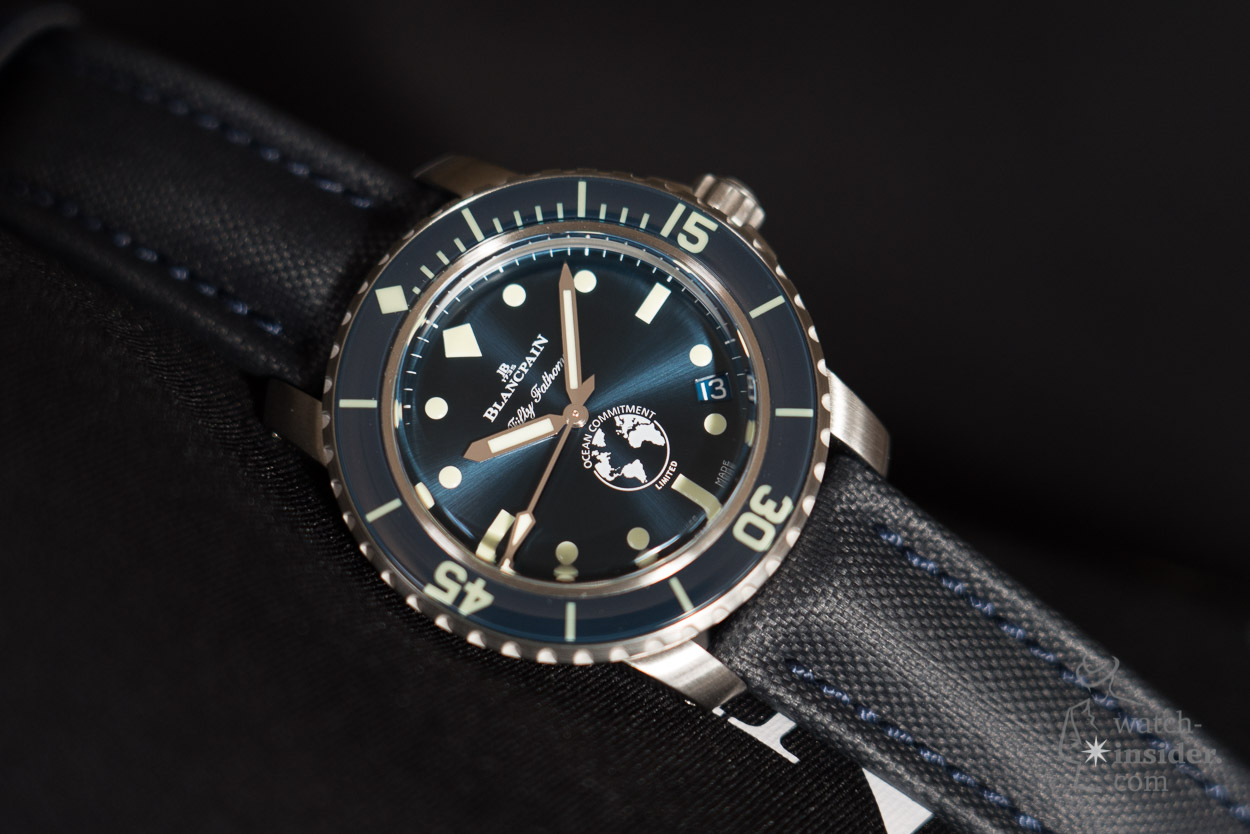 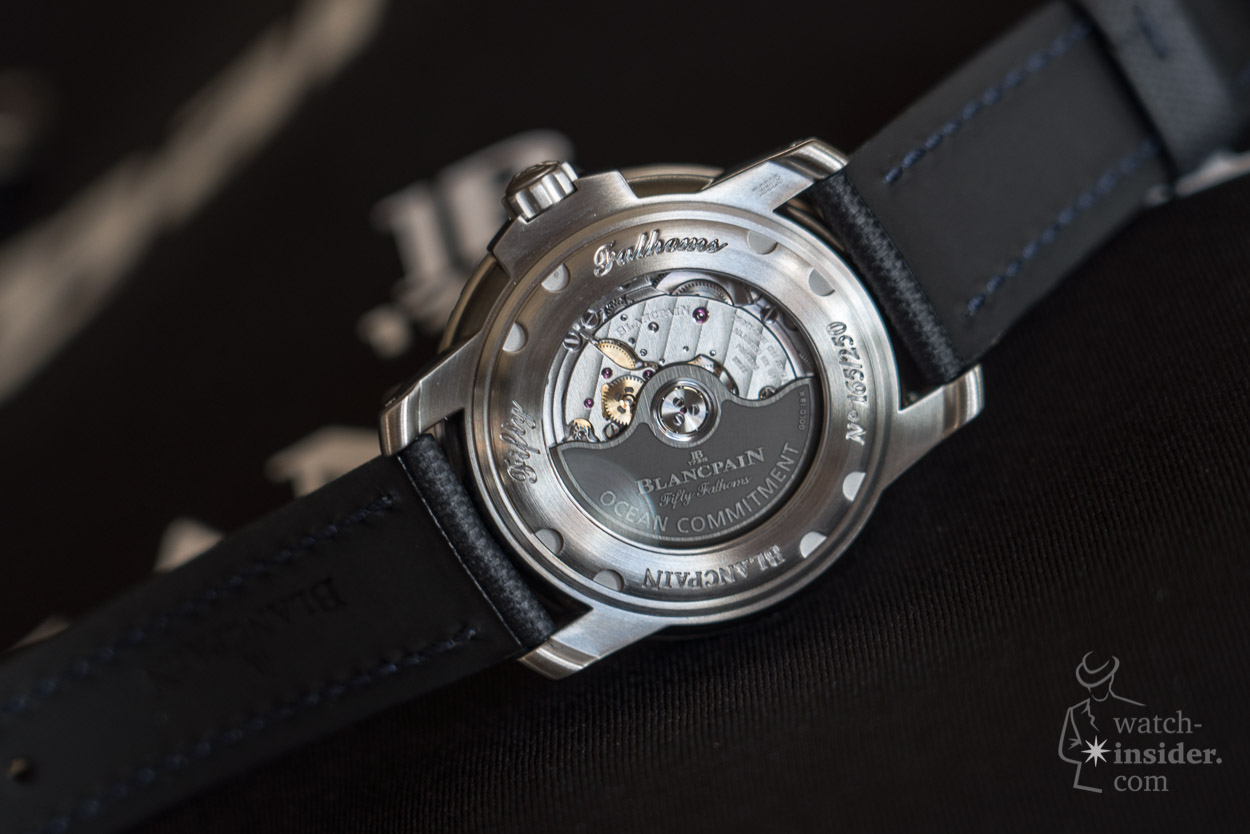 After a tour of the island of Sylt we got a presentation by Dietmar Fuchs about the effort Blancpain puts towards their ocean commitment program. He explained about the research they did which is also supported with the help of Blancpain.  Next on the program was a presentation by Gianluca about freediving in general and his career. This was shortly before we actually got to try it ourselves. After explaining which techniques are used and how, it was  quite the experience working your way to total relaxation. 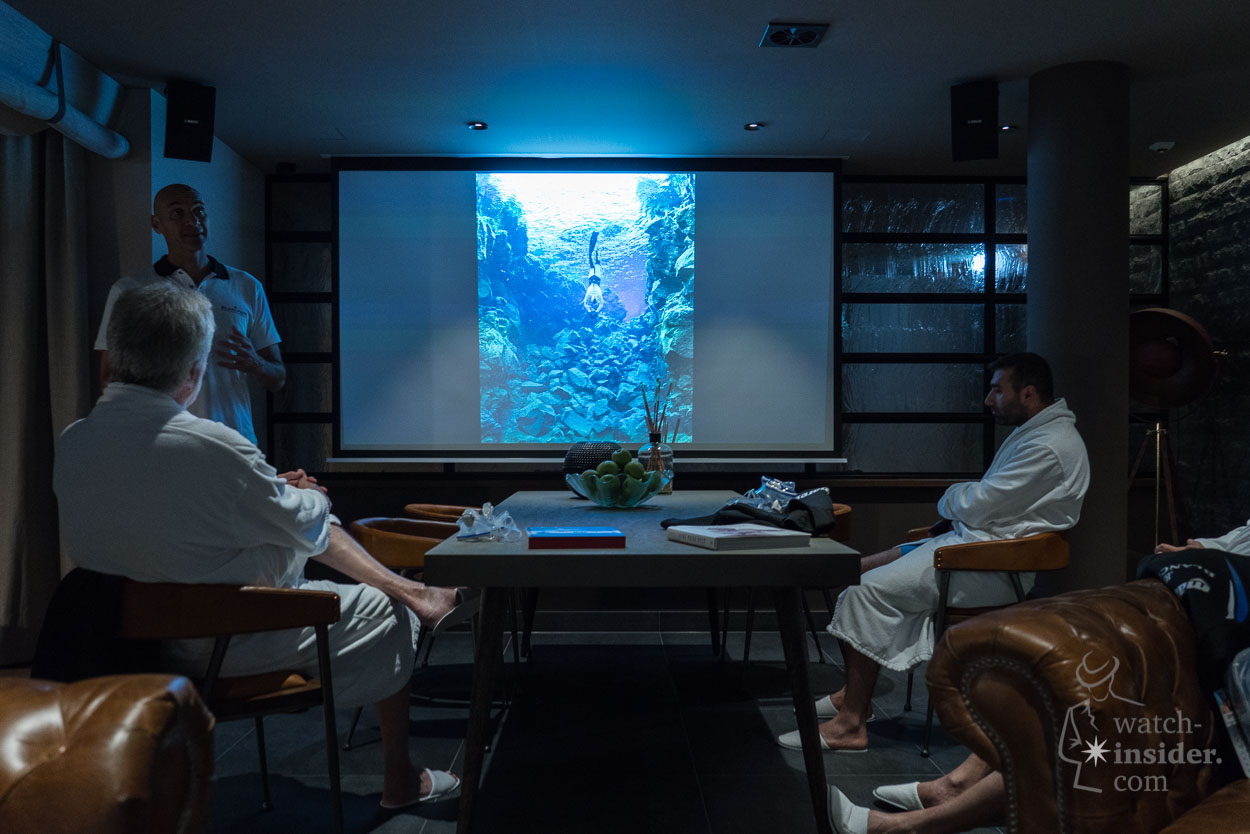 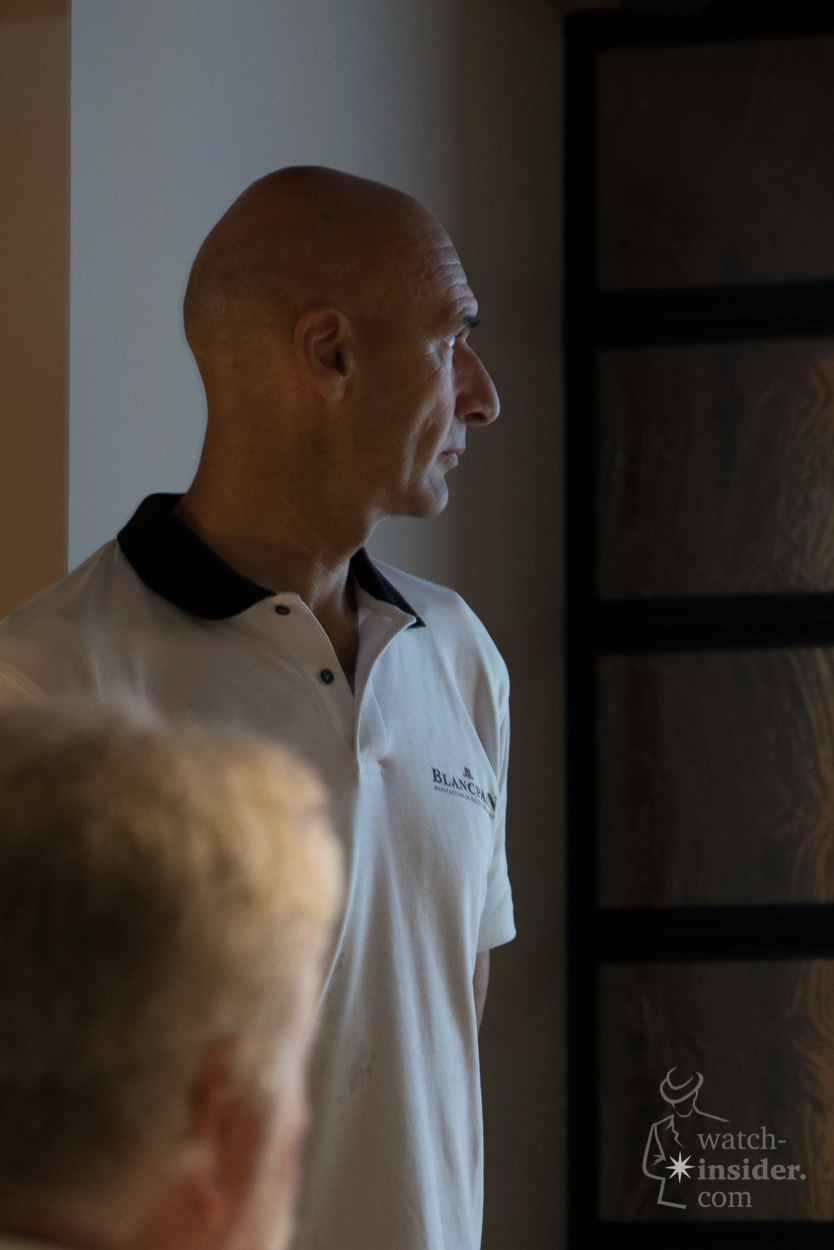 During the presentation we learned about static apnea, something we should put to practice ourself. Basically it means that you relax in the pool with your heart immersed in water. Although this sounds simple it’s not that easy. Starting the pool experience Gianluca explained to how breathe and relax. Changing the way you inhale air shortly before putting your face underwater. Repeating this multiple times would increase the amount of time you can keep your head under water. 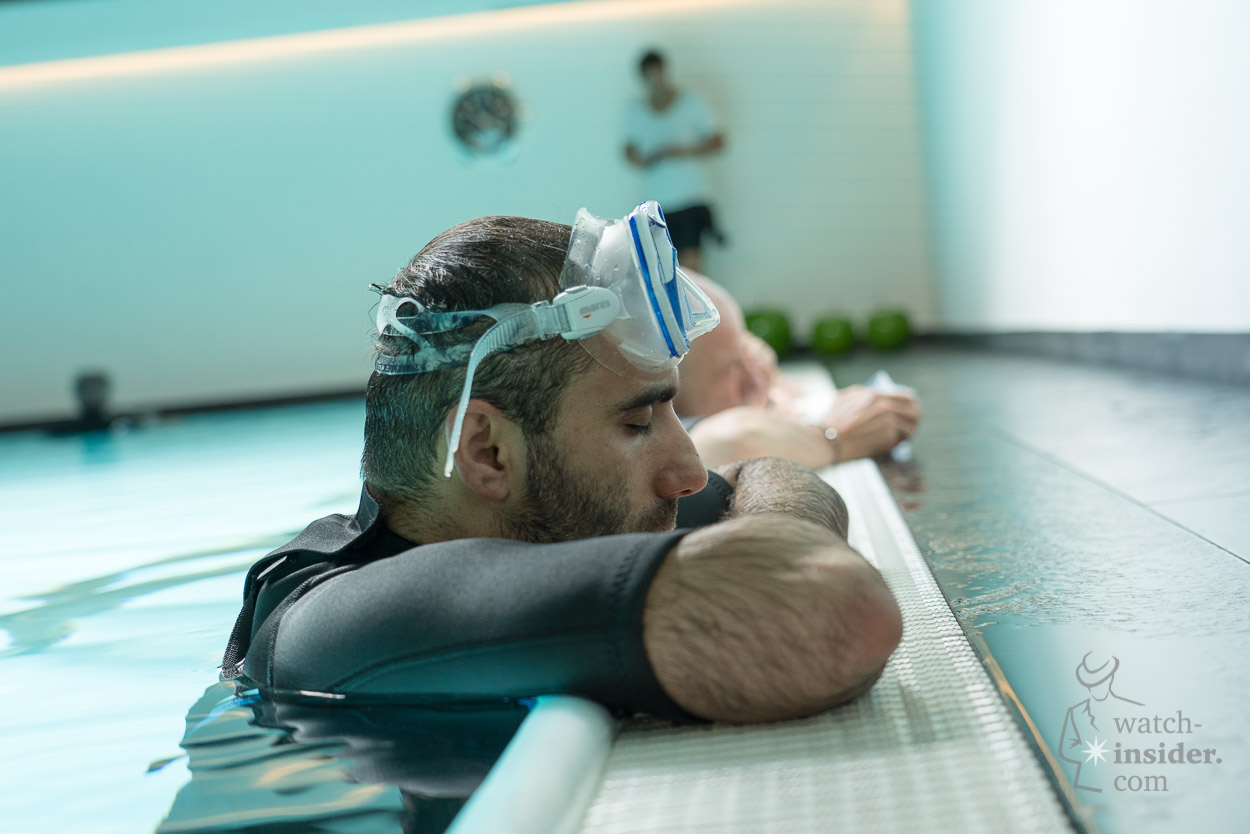 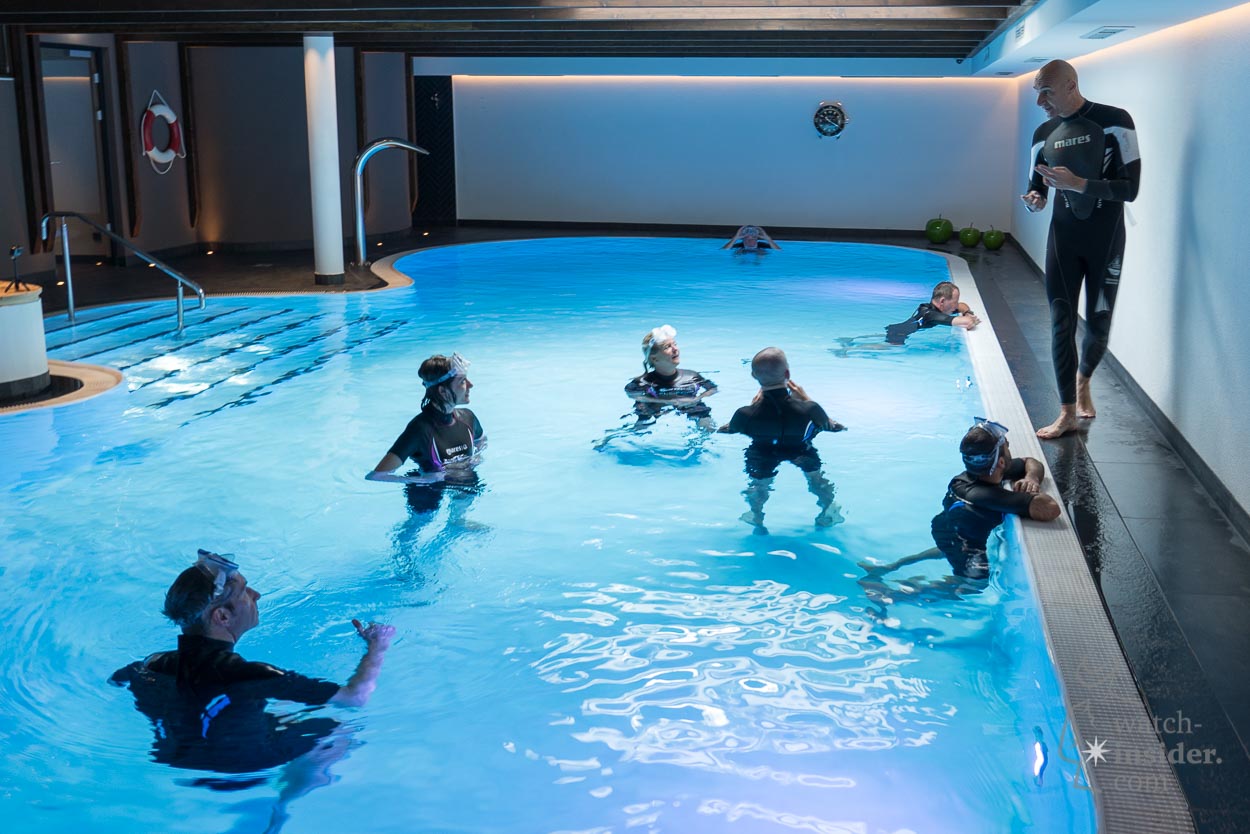 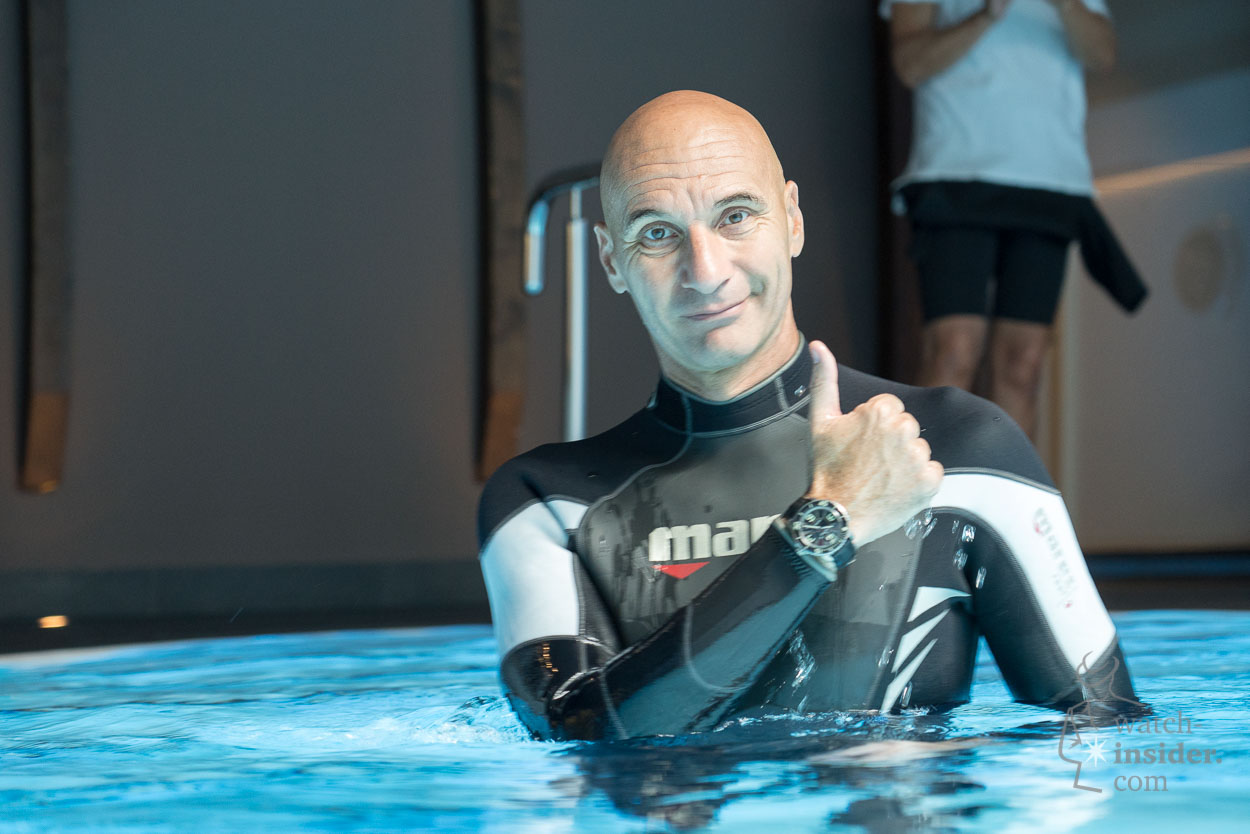 Especially in the first attempts it was quite confronting to see how hard it is to actually switch off. During the 1 hour session in the pool the static apnea experiment slowly progressed from staying under water for about 45 seconds to almost 4 minutes for one of the participants in our group. Quite impressive! As mentioned it was confronting and it makes you realise how busy and stressful our daily lives really are. 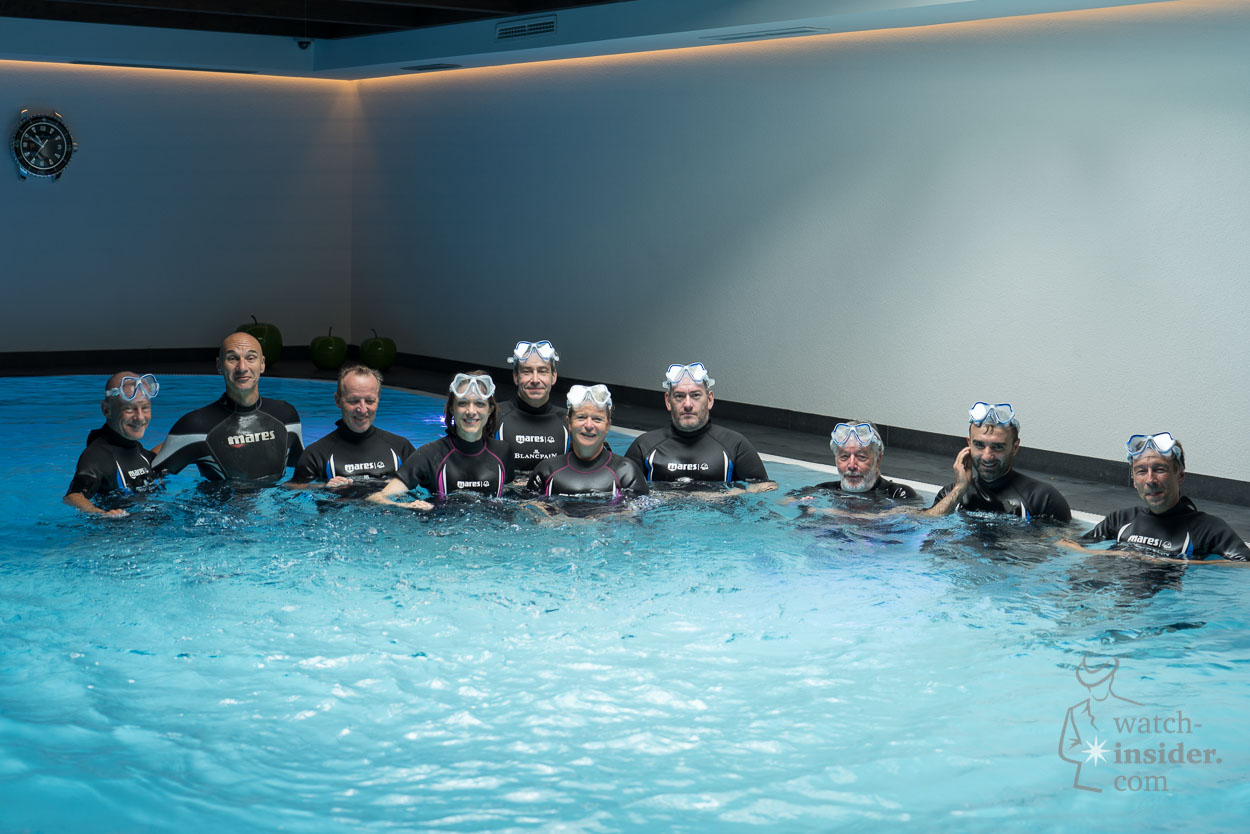 Gianluca’s career as a sportman already began at the age of 5 which shortly followed by his first competitive championships. Later, at the age of 21 years, he discovered Freediving. Firstly in the swimming pool and at a later point during the navy services in La Spezia as well as deep sea diving. 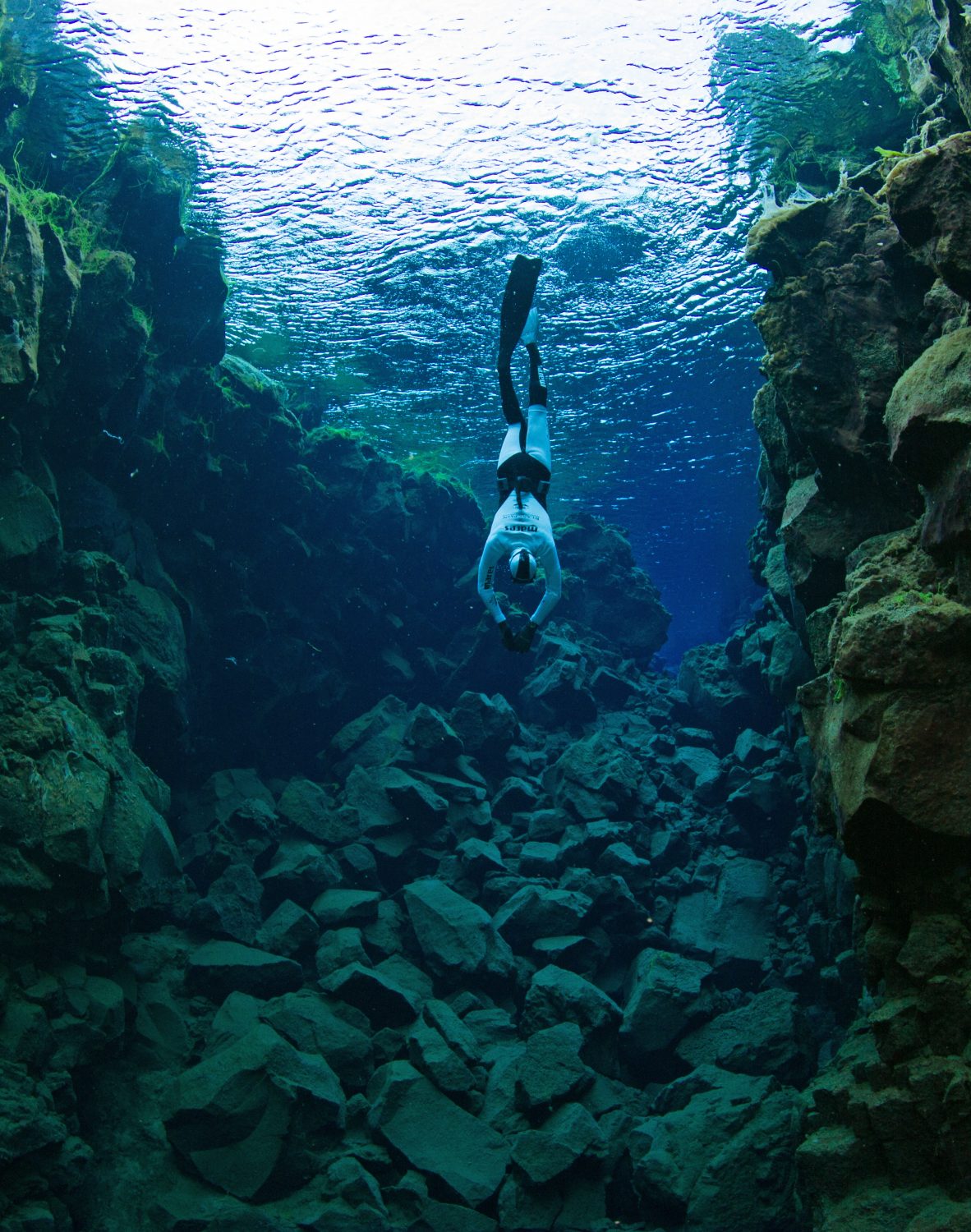 “I realized immediately that I had a particular predisposition for this discipline, you only need to consider that my first static apnea was for more than 4 minutes” Gianluca Genoni

He achieved his first Freediving world record on the 17th August 1996, in Siracusa ( Sicily ) reaching 106m of depth. Following this record he attained another 18 world records in various freediving specialities. Achieving 18 mins of static apnea, after the assumption of oxygen in 2008 and diving 160 meters in Rapallo ( Italy ) in 2012. 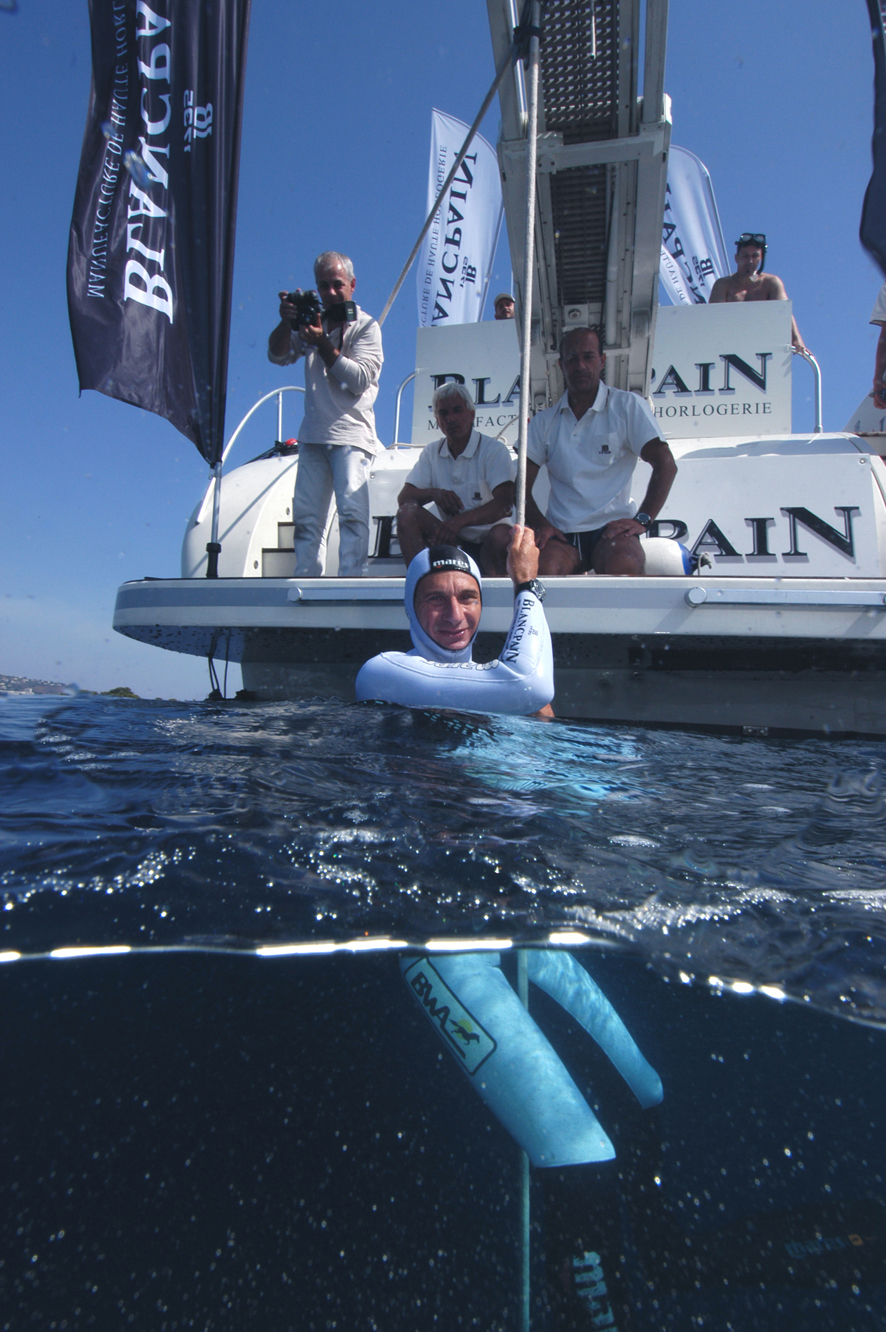 Throughout the years, Gianluca has participated in different medical/scientific research projects which brought him to freedive at the height of 5100min a lake at the foot of mount Everest. Being an anchorman for sports programs and the marine environment, involved in the preservation and conservation of the oceans, he works to promote and spread Freediving speciality.

Many thanks to Blancpain for the opportunity and great experience!

0 replies on “Freediving experience with Blancpain and Gianluca Genoni”