Bell & Ross meanwhile has about 800 POS worldwide and just opened its 13th boutique. Bell & Ross is successful due to its strong and clear brand recognition. Bell & Ross is not a look-a-like-brand but a trendsetter.

The name Bell & Ross is derived from the two owners Bruno Belamich and Carlos A. Rosillo. Founded in 1992 the two watch aficionados and collectors wanted to produce the kind of watches they collected. Their focus was clearly on military style watches and on vintage like watches. In the beginning the German manufacturer SINN was the one to produce the Bell & Ross watches. Only some years later Bruno Belamich and Carlos A. Rosillo started their own production and said good bye to a style that was also very much influenced by the clean looking and military style watches of SINN.

The Bell & Ross of today grew out of SINN to become on of the creative leaders of the watch industry. You my like or not like the Bell & Ross watches, but you will have to admit that the value of brand recognition is huge. These instrument-type watches are unique in the watch business and their variations extend to even a skull on the dial.

When trendy people want to show off and/or be (very) cool with a watch on the wrist their preferred brand to do so often is Bell & Ross. But also watch aficionados like the Bell & Ross timepieces since its technical approach is much more than just marketing.

Since a while now Bell & Ross successfully focuses also on classical watches. Please listen to Carlos A. Rosillo, he will unveil the secret behind this new strategy. And (!) Carlos will also give an outlook what he and Bruno will introduce at Baselword 2013 end of April. 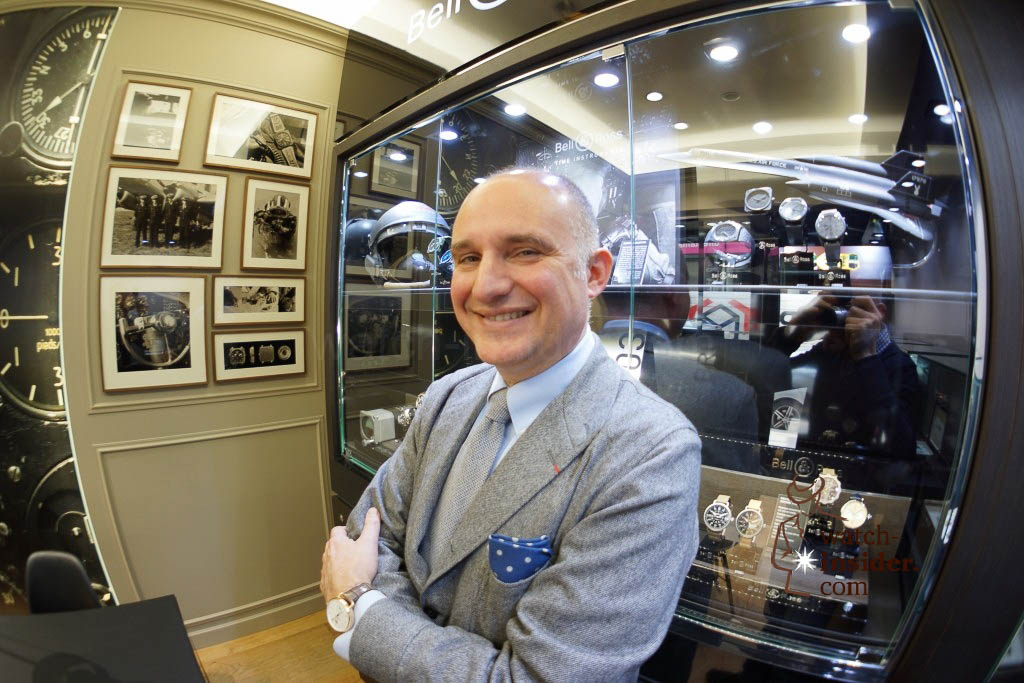 The pictures show you Carlos A. Rosillo today in the quite small Bell & Ross boutique here in Vienna. It is located downtown, in the first district, at Spiegelgasse 2, in the pedestrian zone just around the corner of St. Stephan’s cathedral. 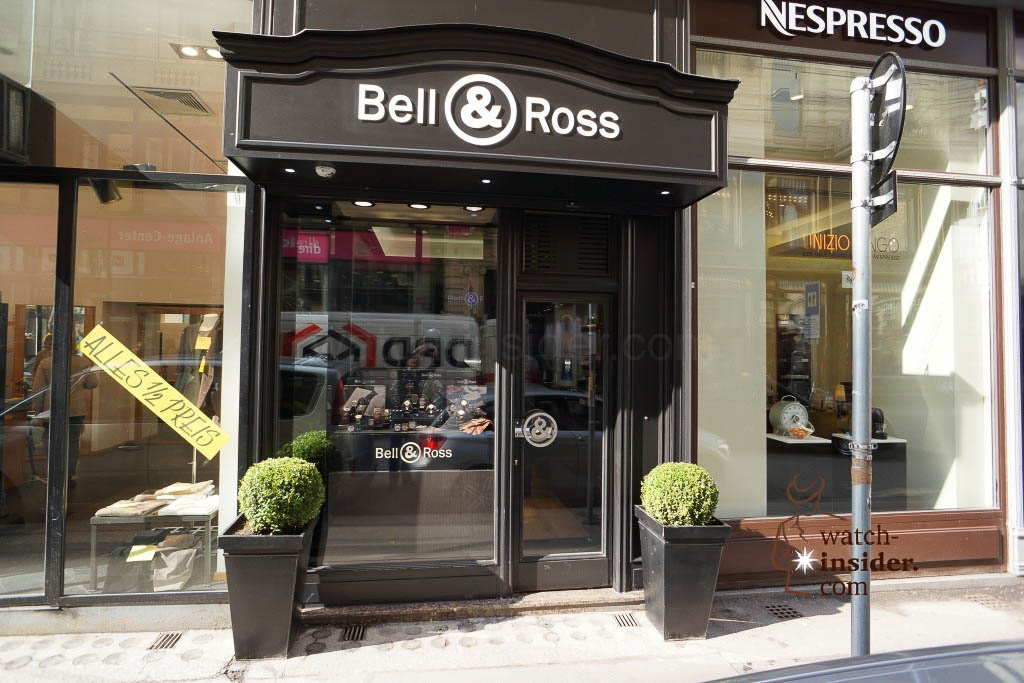 To give you a better impression of the new boutique I used a fisheye lens. I very much like these pictures! I hope you also do …   🙂 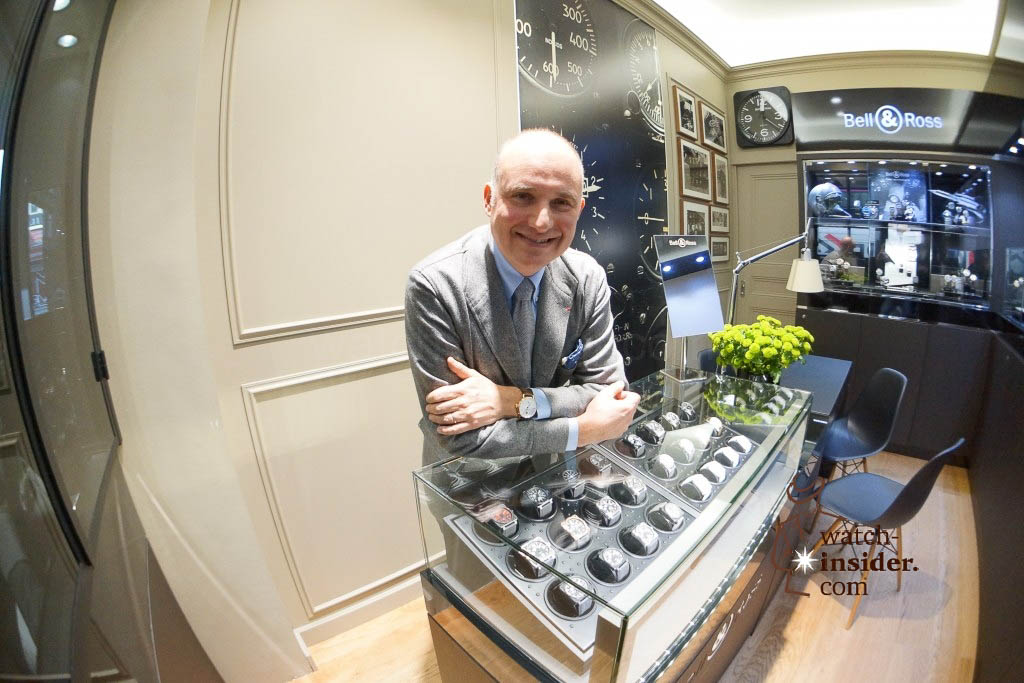 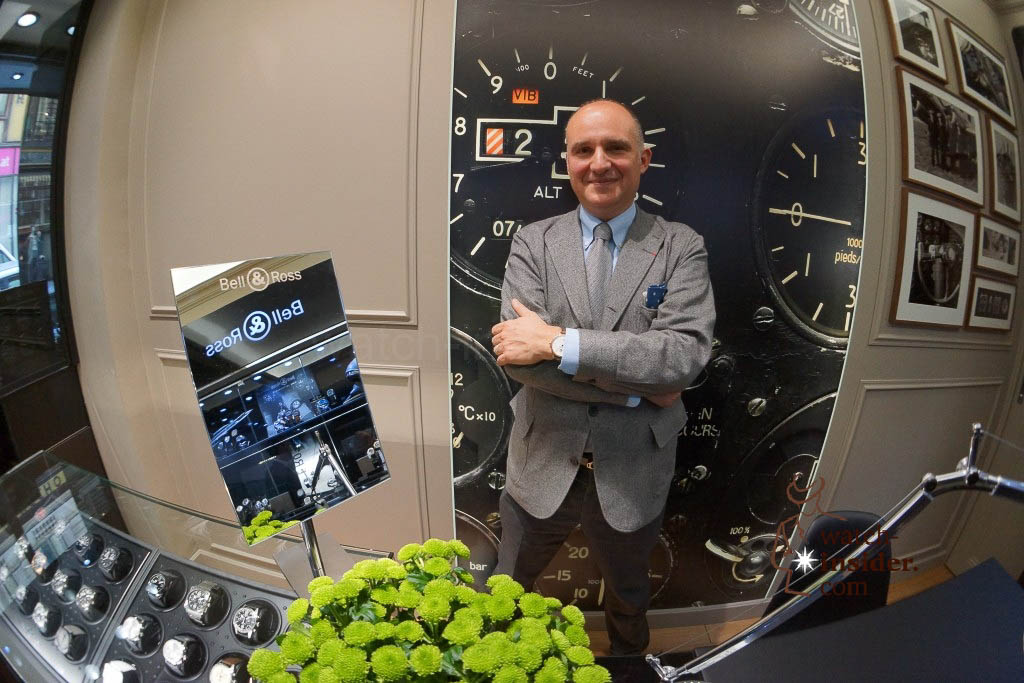 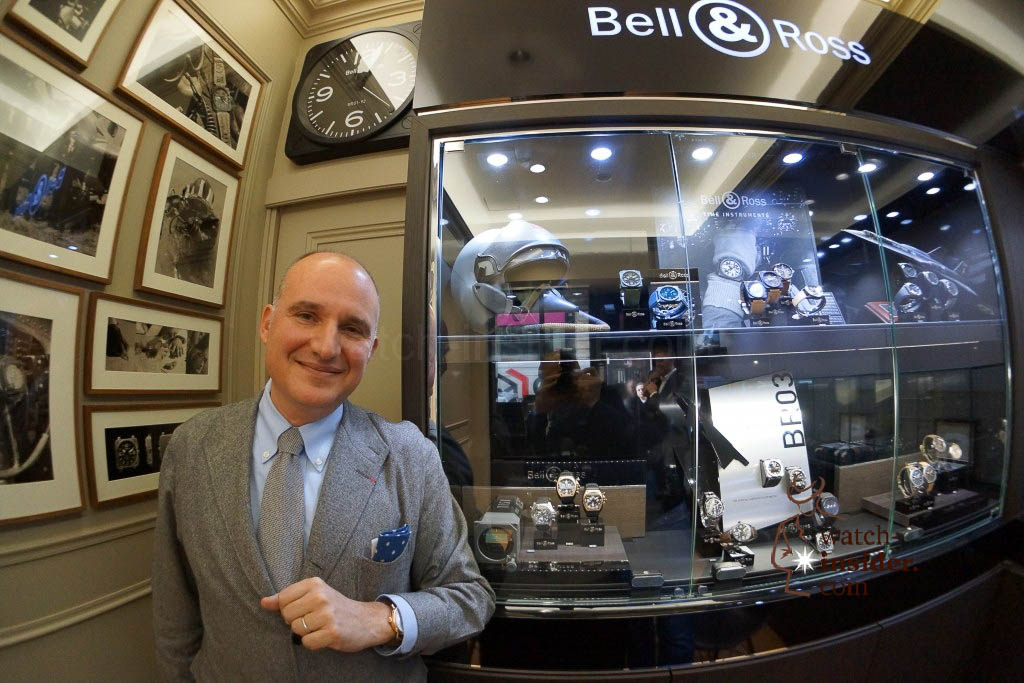 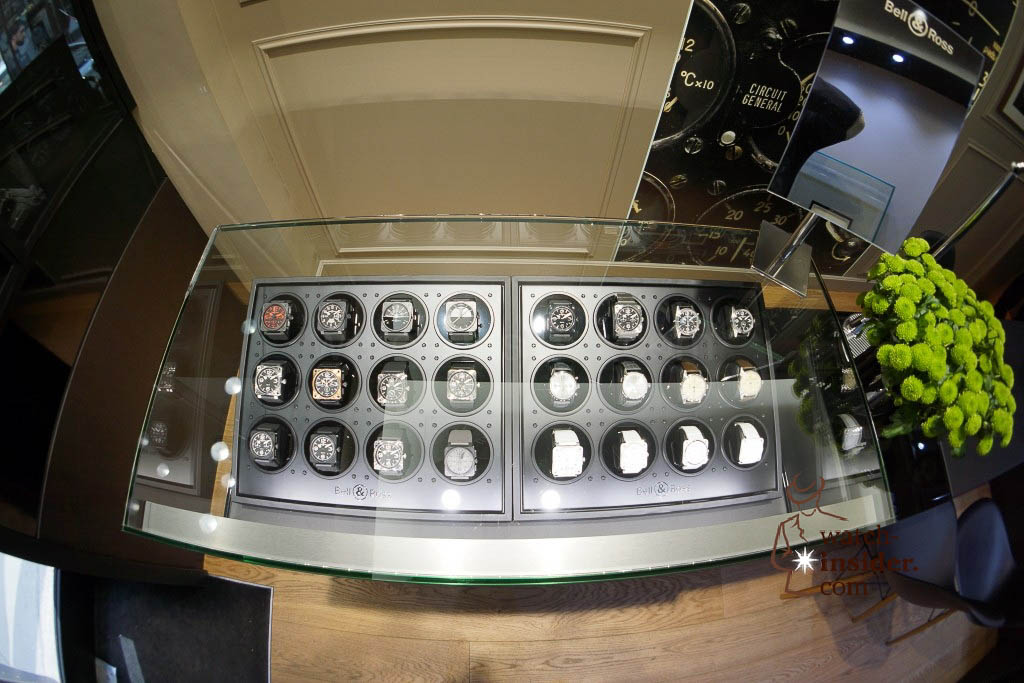 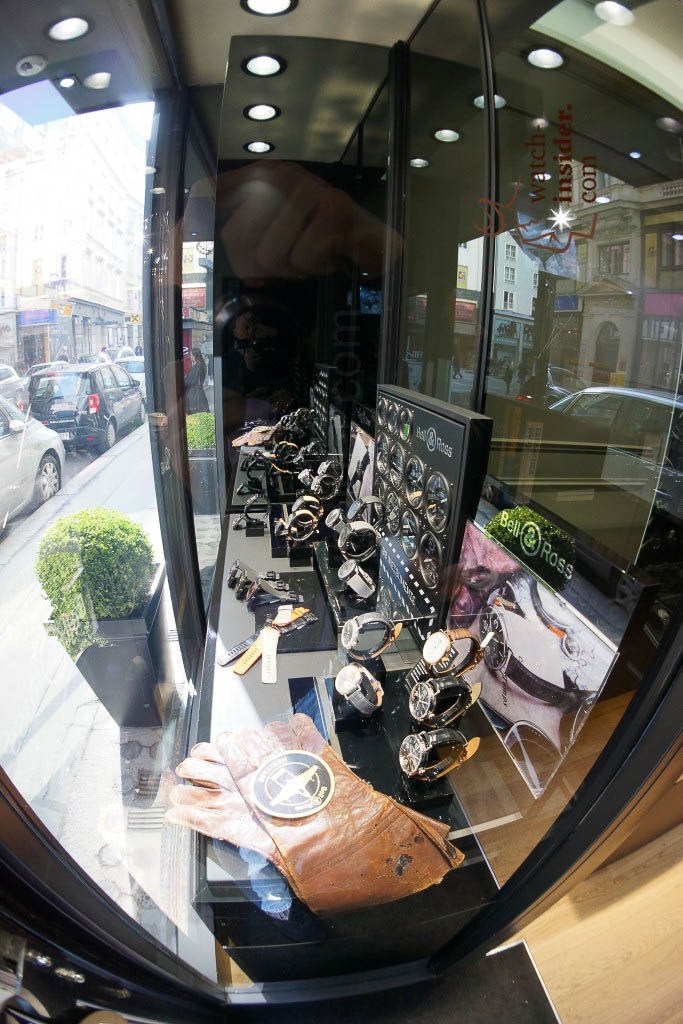 This picture shows Roman Dorn (left) and Carlos A. Rosillo. Roman is among other things responsible for the Austrian market. The first impulse to open the Vienna Bell & Ross boutique came from him… 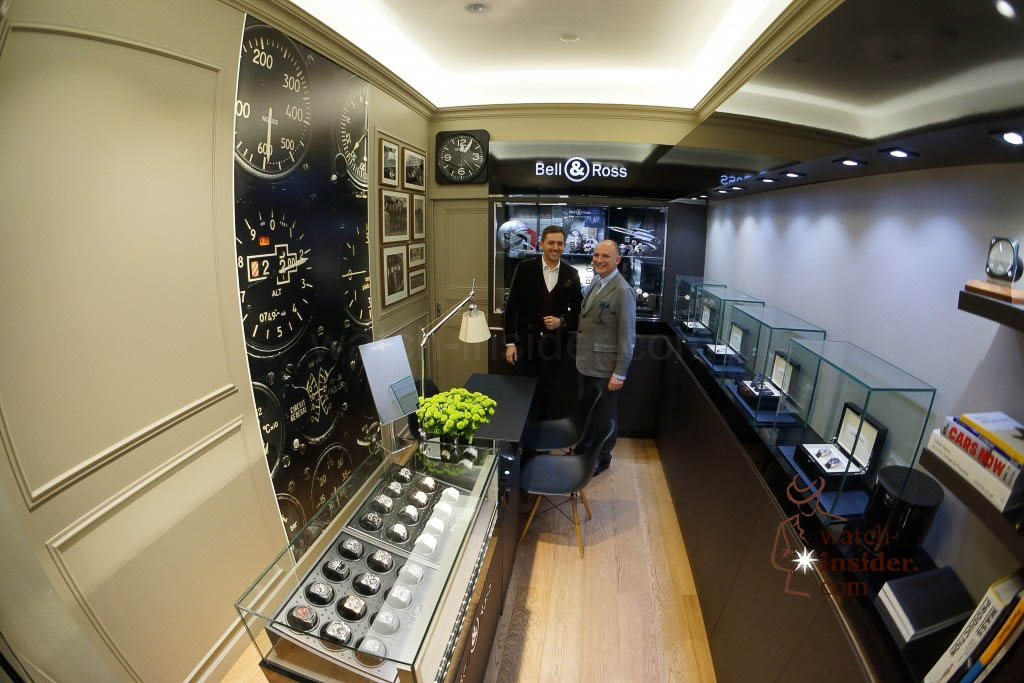 One last thing: The boutique opened smoothly already last December. The focus was of course to be ready for Christmas shopping.

Today I asked Carlos how many watches he sold during that period. This is what he told me: “Already in December we sold more watches than the boutique´s size in square meters.”