Since it was launched some 56 years ago, the Omega Speedmaster has defined the classic chronograph. It is rugged and reliable and has a timeless design!

And while it has been distinguished by its association with numerous missions in space, including all six lunar landings, it was born more than a decade before the first human beings set foot on the Moon.

This year, Omega introduced the Speedmaster’57 Omega Co-Axial Chronograph, an new member that salutes its legendary ancestor but which has been designed to experience new adventures of its very own.

Among the subtle nods to the very first Omega Speedmaster from 1957 are the straight lugs extending from the watchcase and the bracelets that recall that iconic chronograph.

The Speedmaster’57 models are powered by the Omega Co-Axial calibers 9300/9301 – the first of Omega’s exclusive in-house Co-Axial calibers to incorporate a chronograph function. The column-wheel chronograph has 12-hour and 60-minute counter hands placed on the same sub-dial at 3 o’clock. This familiar arrangement of the hands, which recalls the hour and minute hands on the main dial, enables intuitive reading of the chronograph. It also has a central chronograph seconds hand, a small seconds hand on the sub-dial at 9 o’clock and a date window at the 6 o’clock position. The two chronograph control pushers function totally independently – accordingly, there is no risk to the chronograph mechanism as a result of inadvertent manipulation. The Co-Axial calibers 9300/9301 are also equipped with a silicon balance spring. Silicon is non-magnetic so it is not influenced by magnetic fields. This quality combined with the excellent resilient coefficient of silicon allows the balance springs, which are etched on a silicon wafer, to deliver improved chronometric performance. Silicon also has a very low fatigue influence and ages slowly. The outstanding reliability delivered by the combination of Co-Axial technology and the silicon balance spring is such that Omega delivers its Co-Axial watches equipped with silicon balance springs with a full four-year warranty.

The Speedmaster’57 has been created with a 41.50 mm case available in a choice of metals, including 18K red or yellow gold, lightweight titanium, a fashionable bicolor blend of 18K red gold and stainless steel or in classic stainless steel. Each model is presented with either a matching bracelet or a stylish leather strap.

The Omega Speedmaster in lightweight titanium … 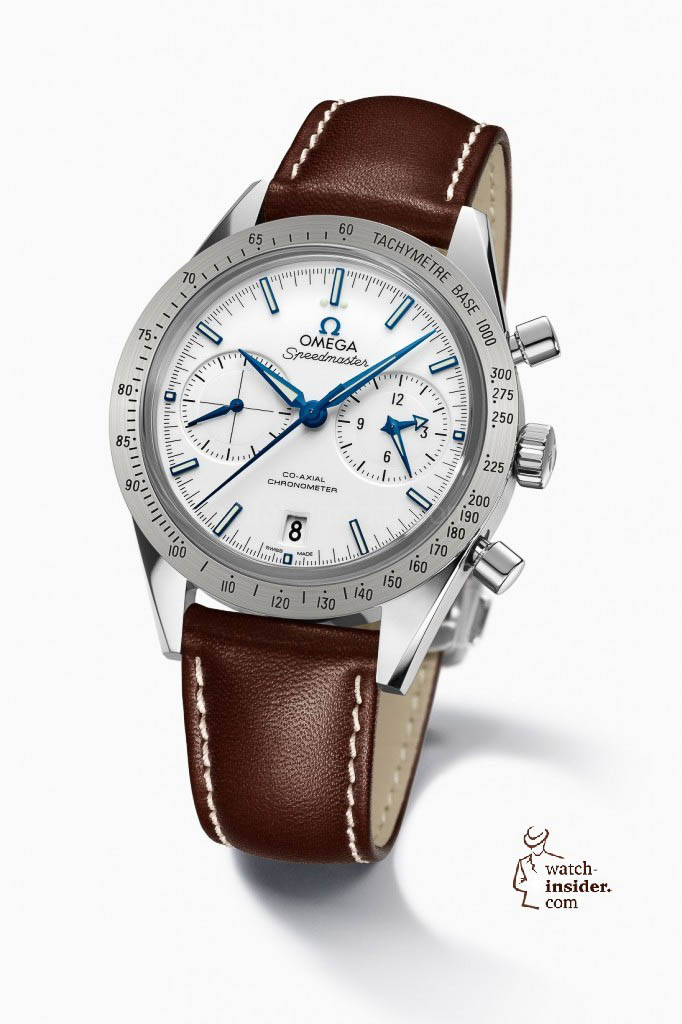 The Speedmaster’57 has also been created in grade-5-titanium. This lightweight model has a white dial with distinctive blued hands. It is powered by the Omega Co-Axial caliber 9300 and presented on either a titanium bracelet or a leather strap. 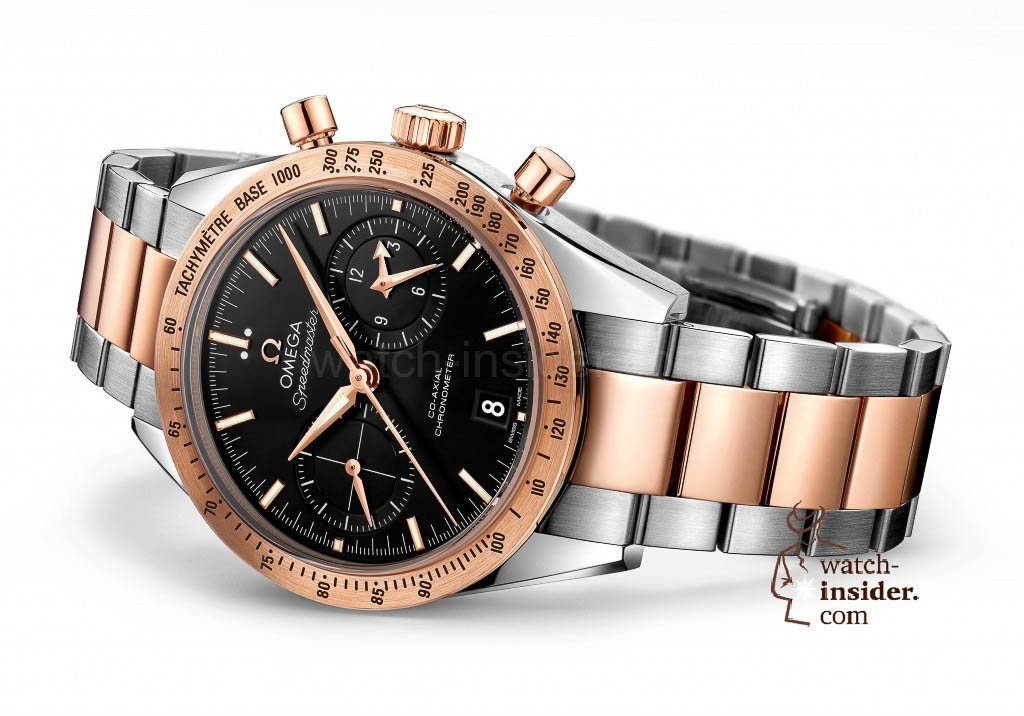 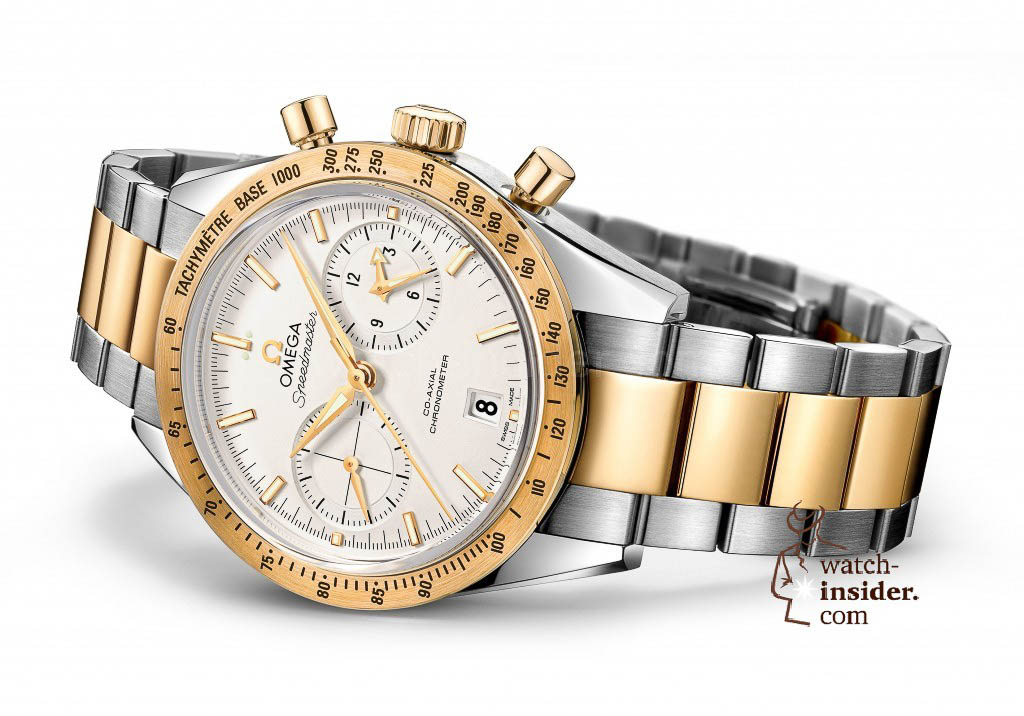 Bicolor watches have enjoyed a recent revival and the Speedmaster’57 model in 18K red gold and stainless steel makes a bold fashion statement while retaining its pure Speedmaster DNA. It is presented on a leather strap.

Recalling an icon: the Omega Speedmaster’57 in stainless steel … 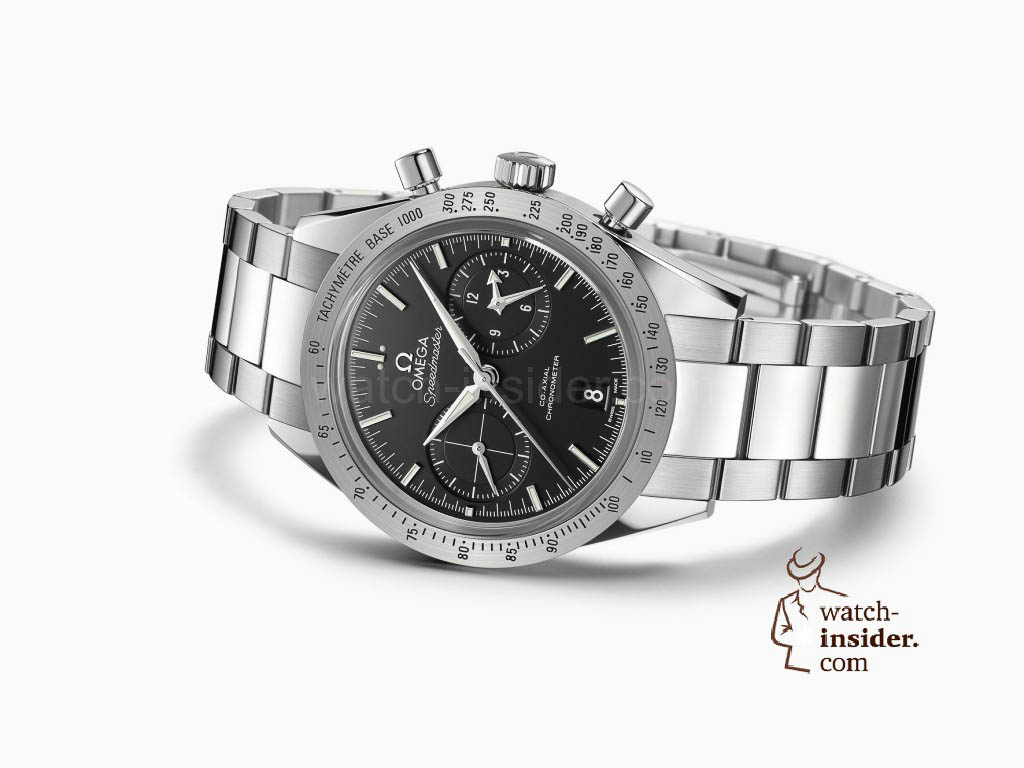 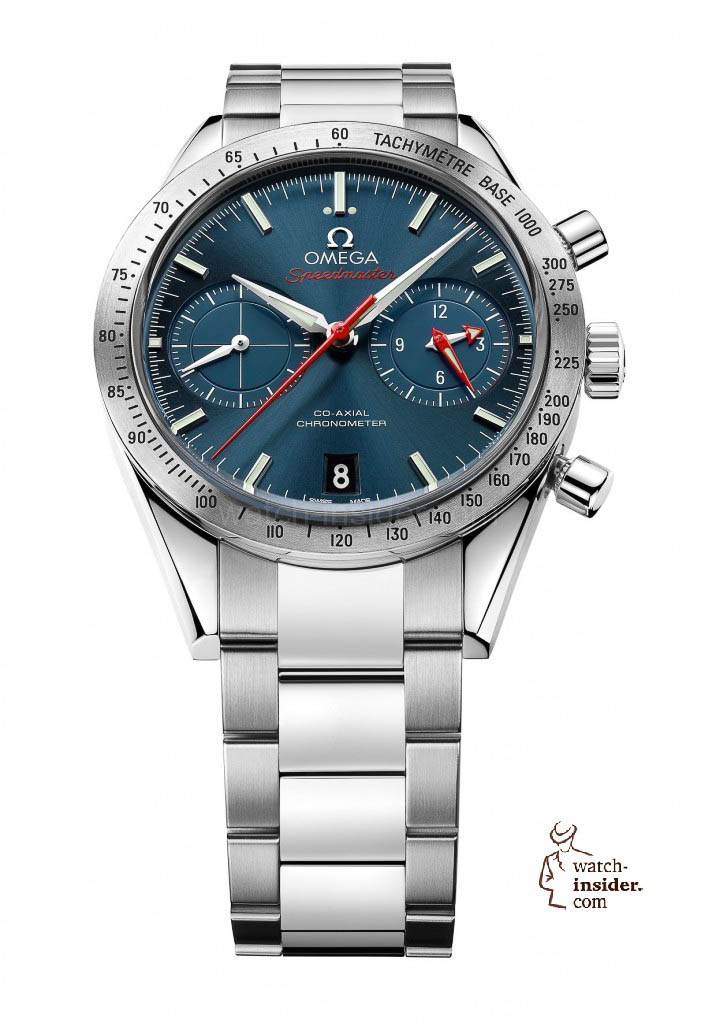 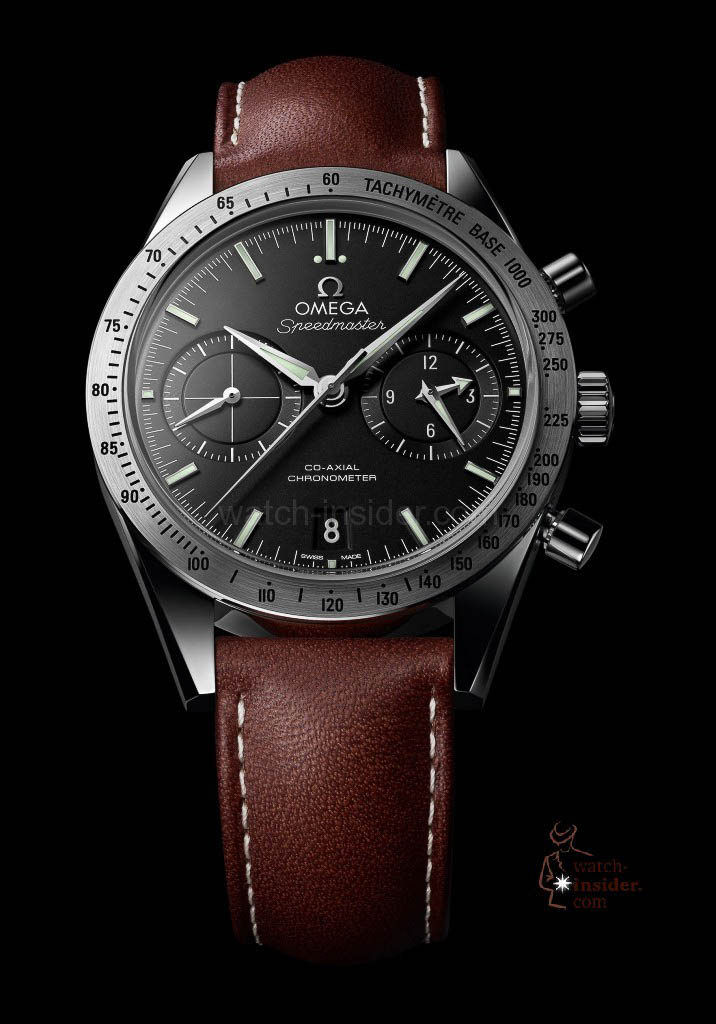 The Omega Speedmaster’57 Co-Axial Chronograph has a 41.50 mm case in the classic stainless steel that has always been associated with the Speedmaster Professional. This model has a wide range of dial options, including black or blue PVD with rhodium-plated indexes, silver-colored with 18K red-gold applied indexes. The stainless steel Speedmaster’ 57 models are offered on a brown leather strap or a stainless steel bracelet.

Carrying on a legacy …

The Omega Speedmaster’57 Co-Axial collection is a welcome addition to the Speedmaster family. With its choice of case metals, its advanced movement and its legendary family name, it will find an enthusiastic following among Speedmaster fans who wish to honor the impressive legacy of an iconic chronograph by combining it with some of the best series-produced mechanical watch movement in the world.

All prices are in Euro including 20 % VAT here in Austria.