Of course today it´s another league of sailing boats compared to what we have seen during the America´s Cup, but when these stunning yachts were built they were state of the art.

The fleet – the oldest member of which was launched in 1896 – participating at the Panerai Classic Yachts Challenge hails from more than 10 different nations and represents over a century of yachting history, spanning the spectrum from the sport’s earliest days to the present. The hull lines and rigs of the yachts competing are the work of the finest naval architects of all time, including Americans Olin Stephens and Nathanael G. Herreshoff, Fife of Fairlie in Scotland, Camper & Nicholson of England and Italians Cesare Sangermani and Carlo Sciarrelli. Most are also built from hard woods of the likes of teak and mahogany. Each of the participating yachts has her own story to tell. Many have sailed the world’s seas and participated in historic regattas of the likes of the America’s Cup or completed long cruises across Mediterranean, Northern Europe or the world’s oceans.

The lovely Eilean, the 1936 wood-built two-master Fife rescued in the Caribbean and loving restored by the Officine Panerai, is also part of the Panerai Classic Yachts Challenge 2013. But Eilean is much more to Panerai than a mere brand ambassador: she also hosts the “Captain for a Day” initiative organized in collaboration with various not-for-profit associations.

During the Panerai Classic Yachts Challenge plenty of spectacular racing is guaranteed too by the presence of yachts varying in size between 7.62 meters (the little gaff sloop Wianno) and 50 meters (the majestic schooner Elena, built recently in Spain to original plans from 1911). Other larger craft competing include the 50-meter gaff schooner Eleonora, the 1931 Altair and the 1930 Shamrock V, the fifth and final America’s Cup challenger fielded by legendary English tea magnate Sir Thomas Lipton, and also the sole surviving wood-built J-Class. Previous winners of the Panerai Classic Yacht Challenge Cambria (1928), Emeraude (1975), Leonore (1925) and Naïf (1973) and the 20-metre 1916 Nathanael G. Herreshoff-designed Bermudan sloop Chinook (ex-Pauline and Banshee) are among this fleet of historic yachts.

Please enjoy these photos! To enlarge the photos click on them once and then again… 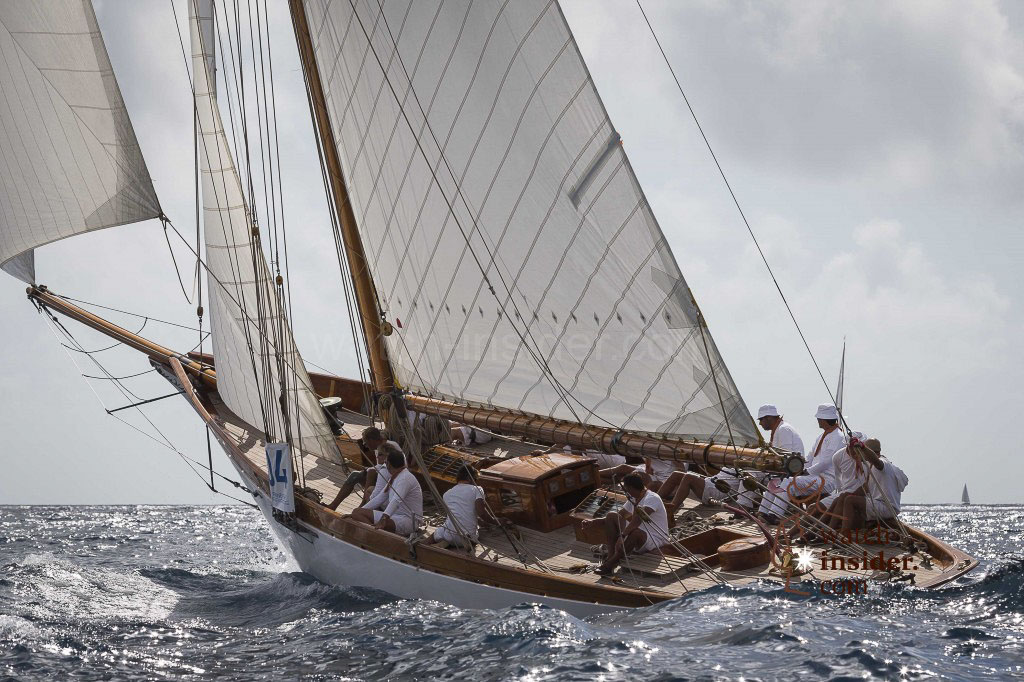 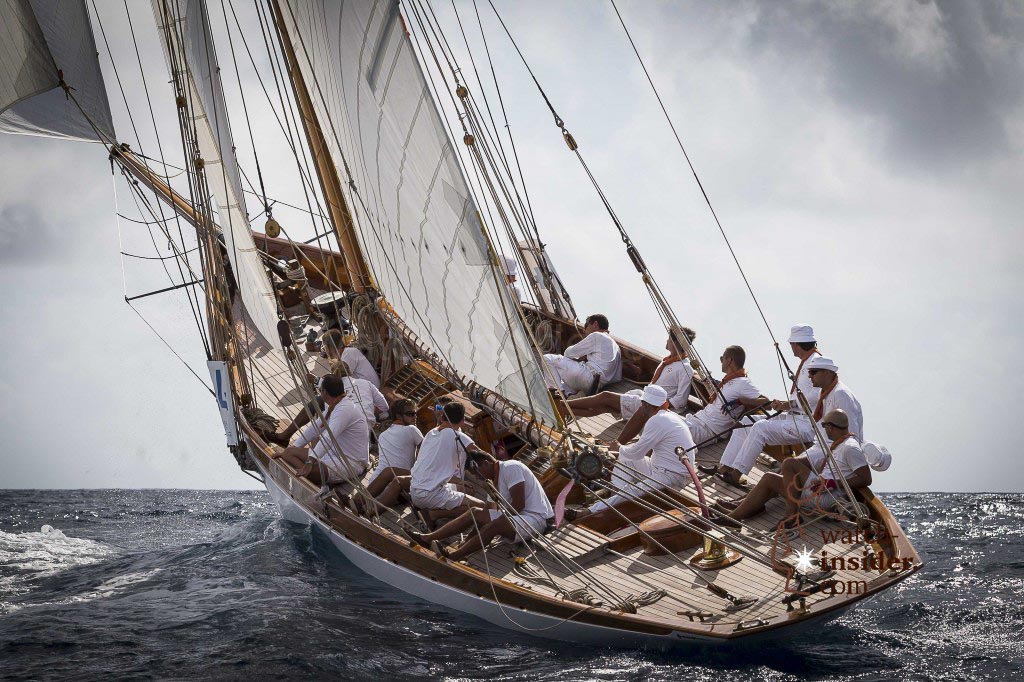 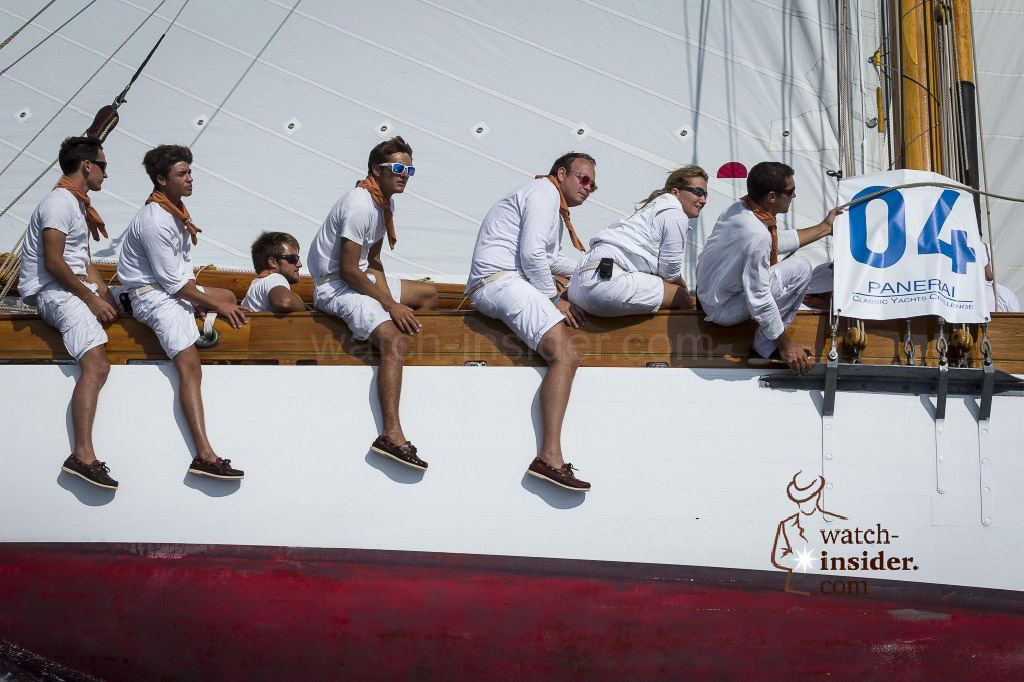 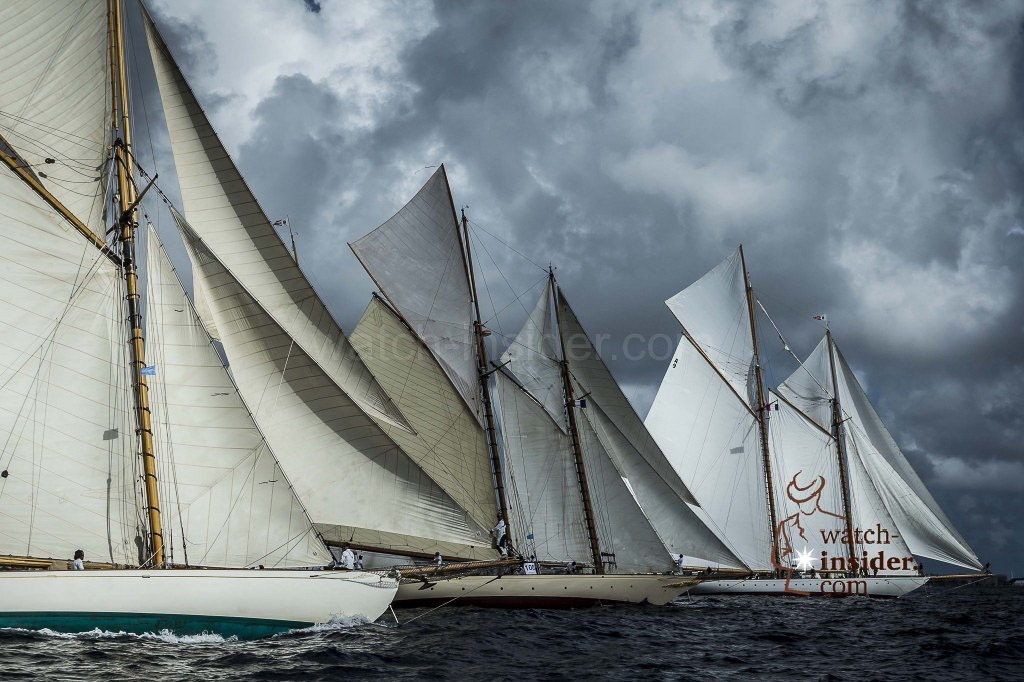 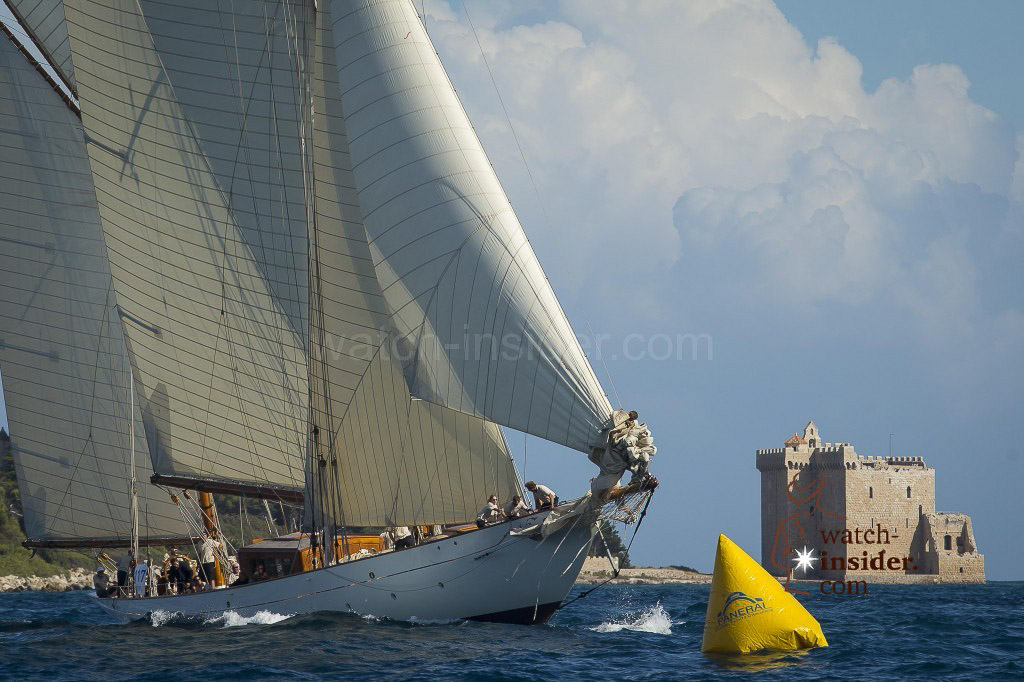 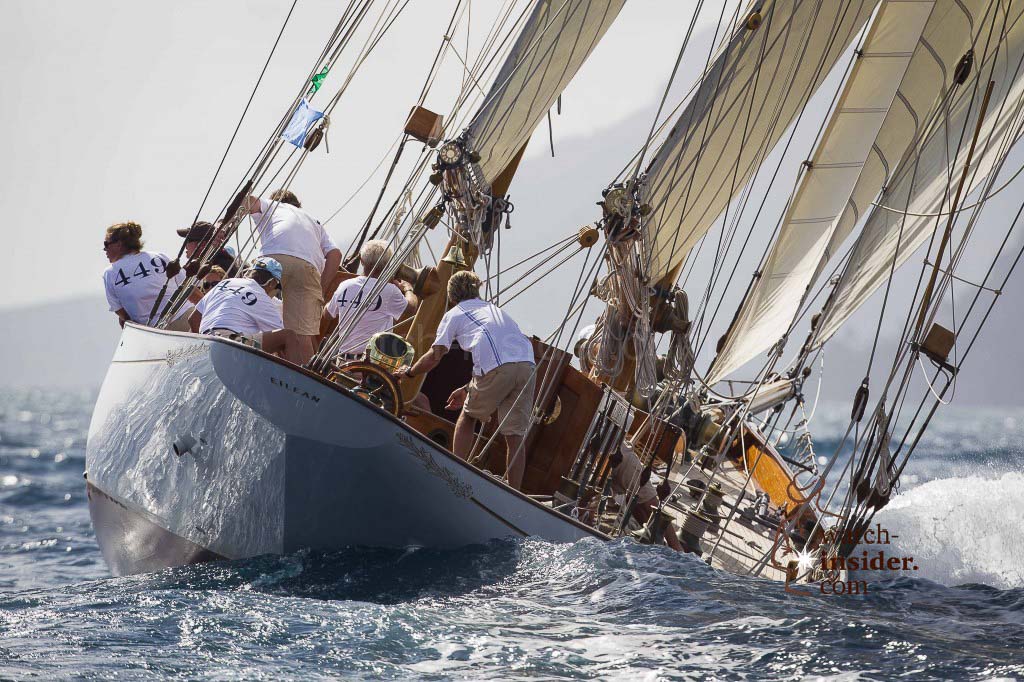 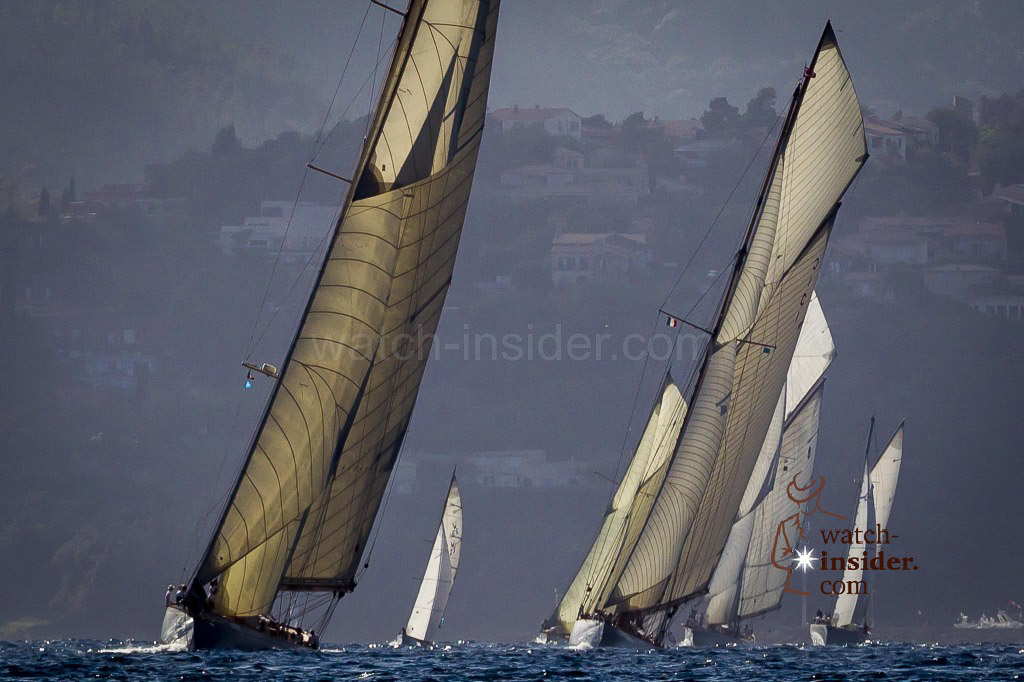 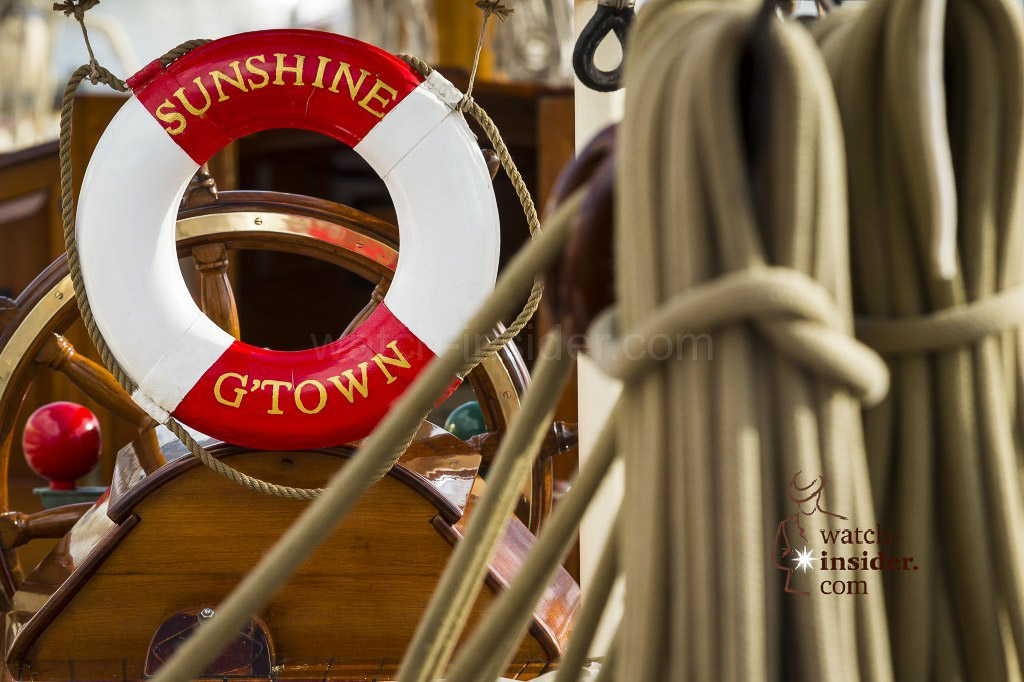 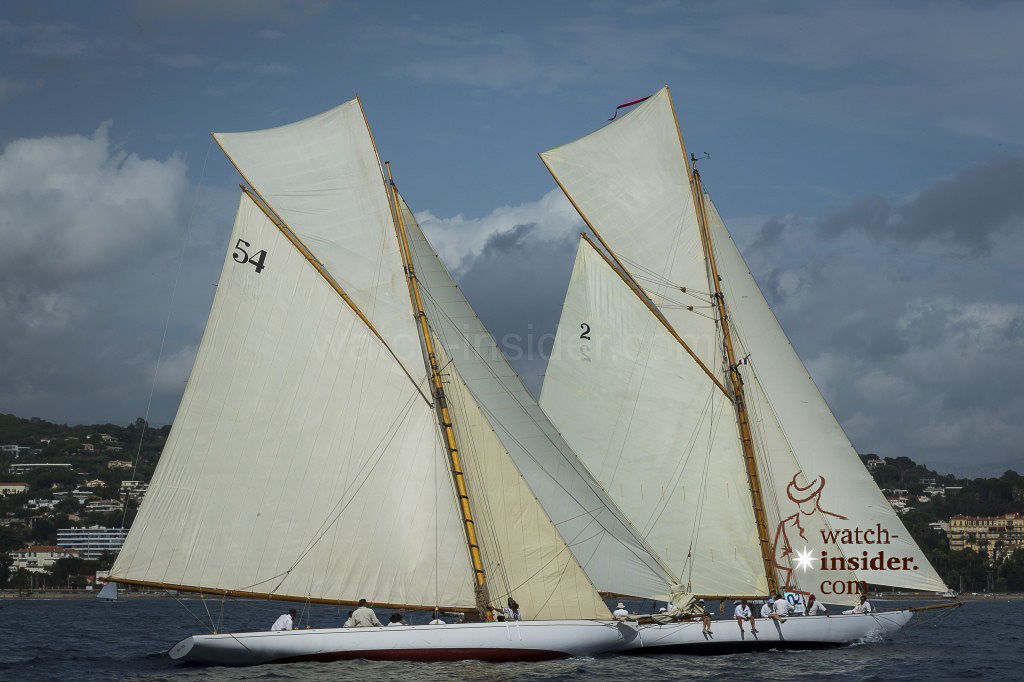 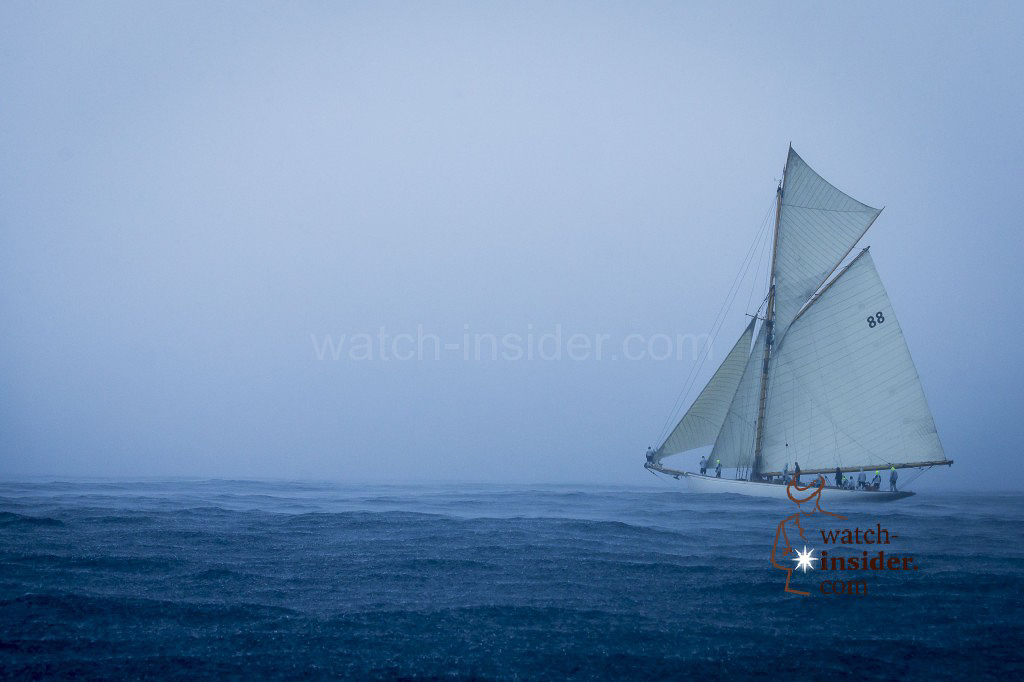 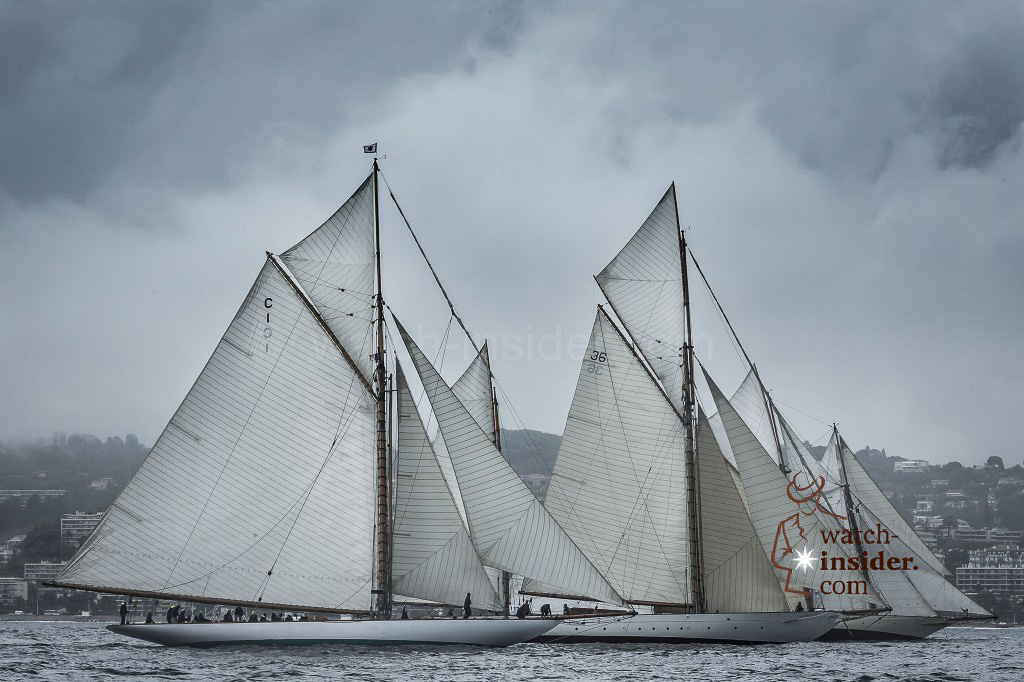 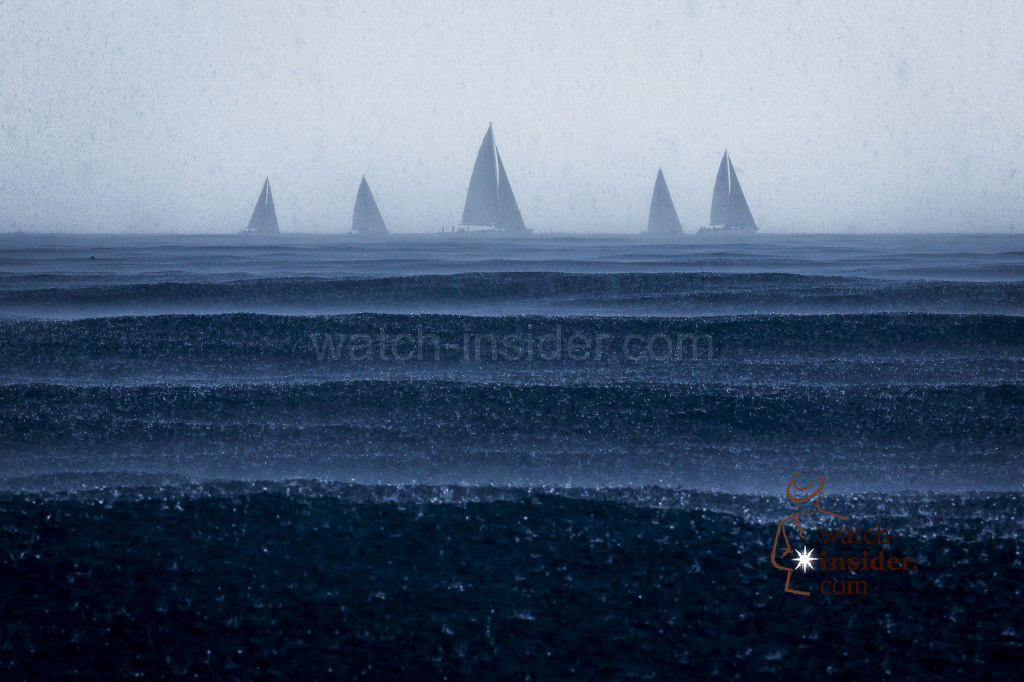 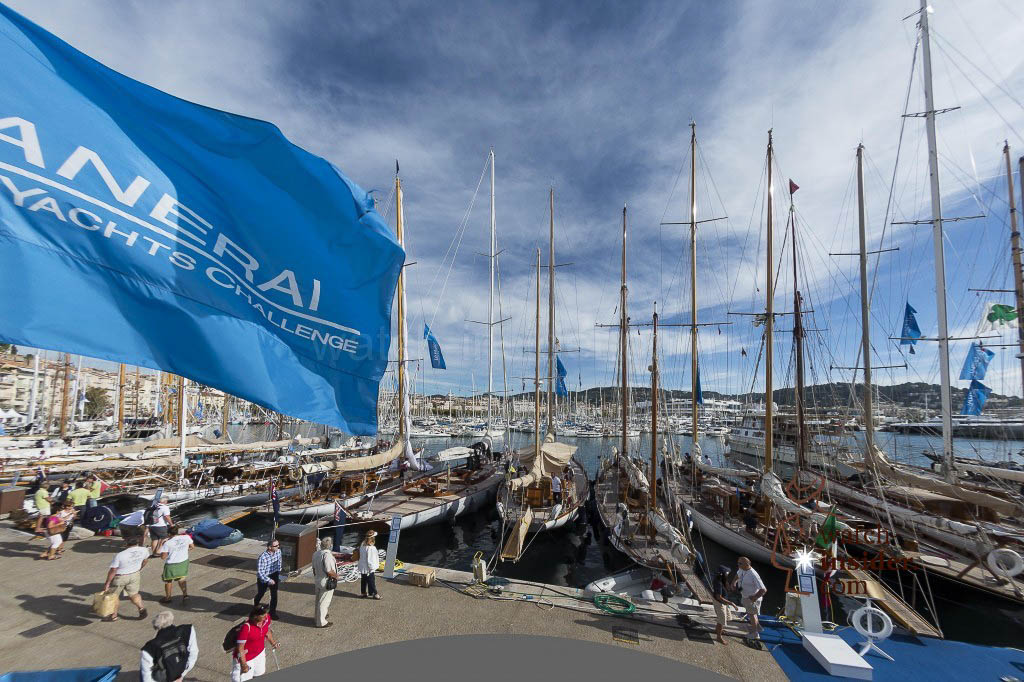 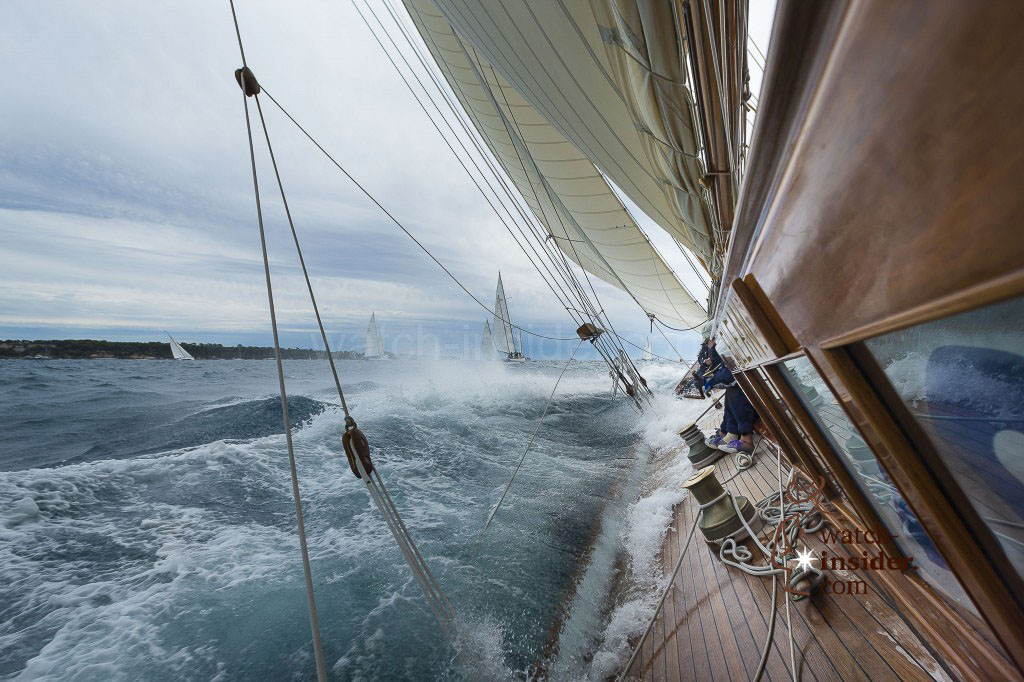 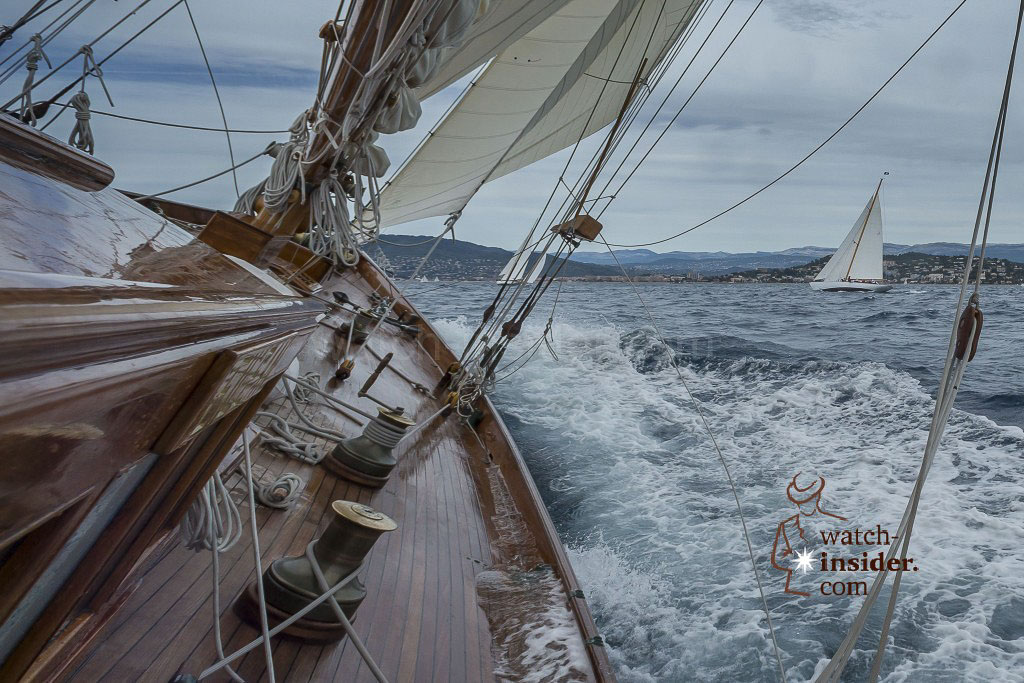 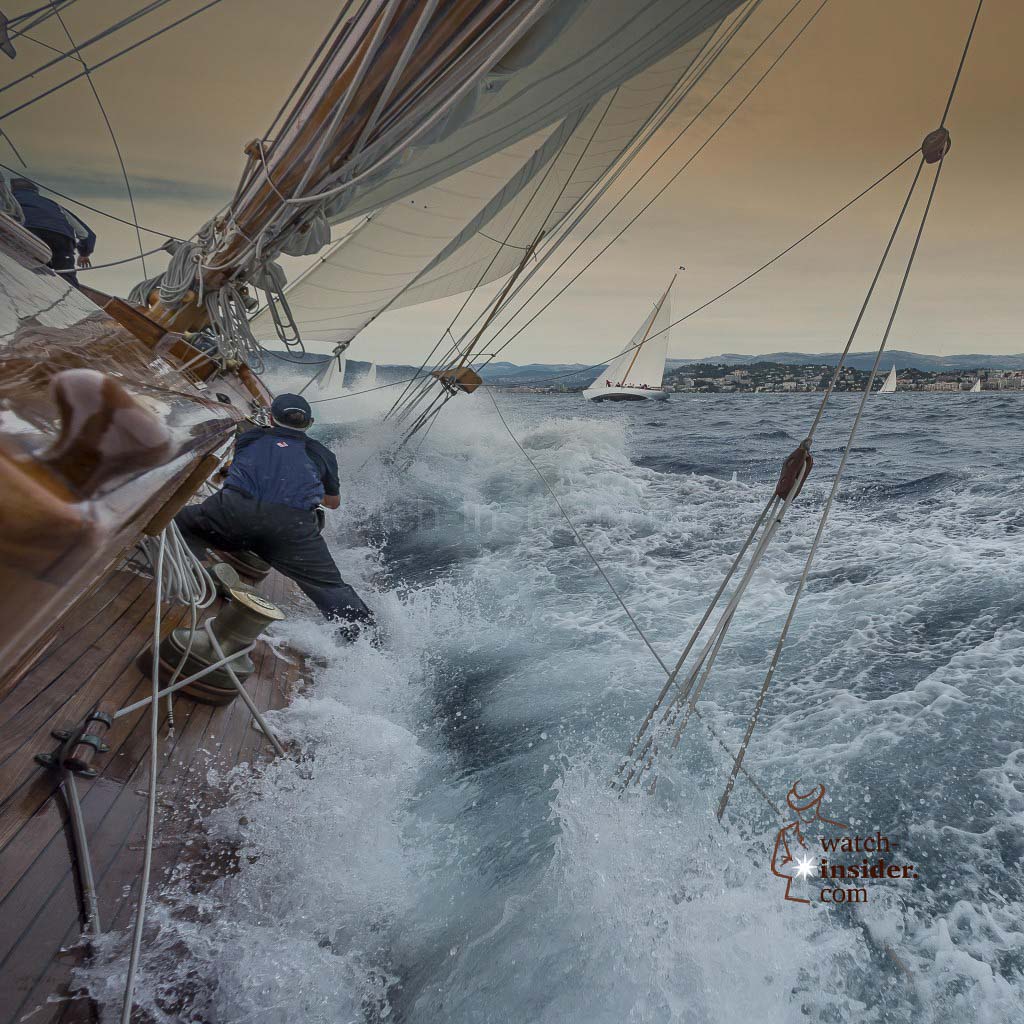 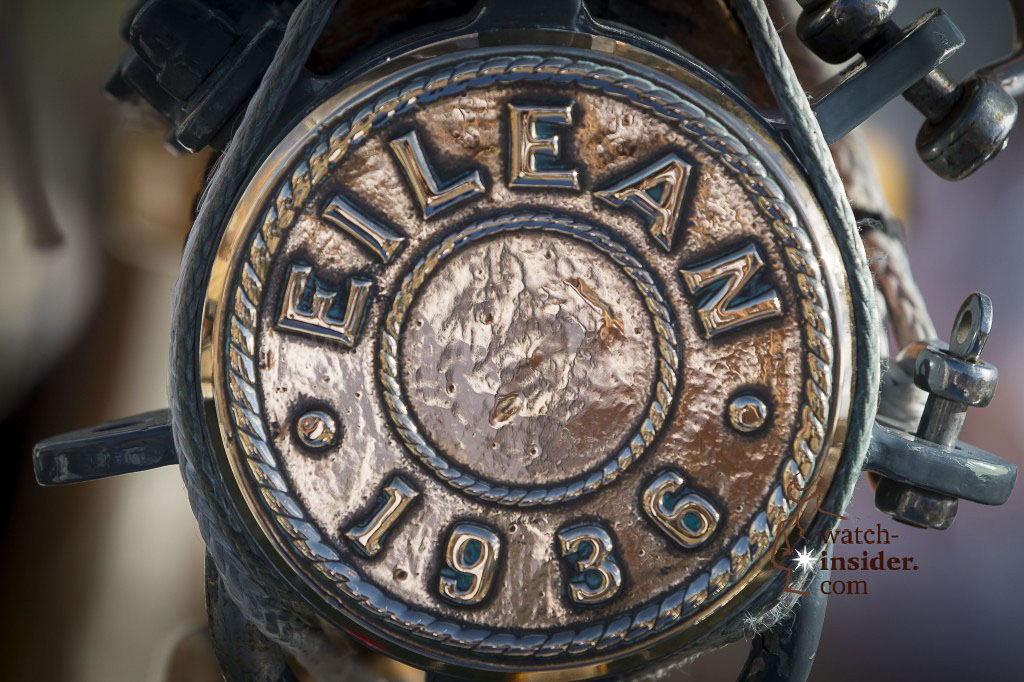 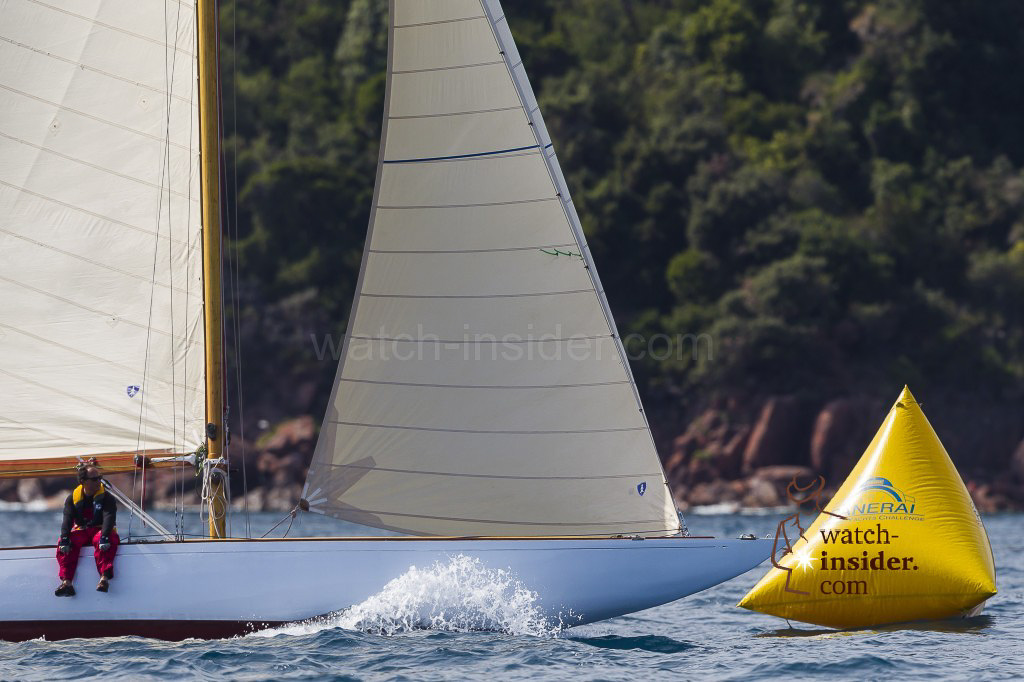 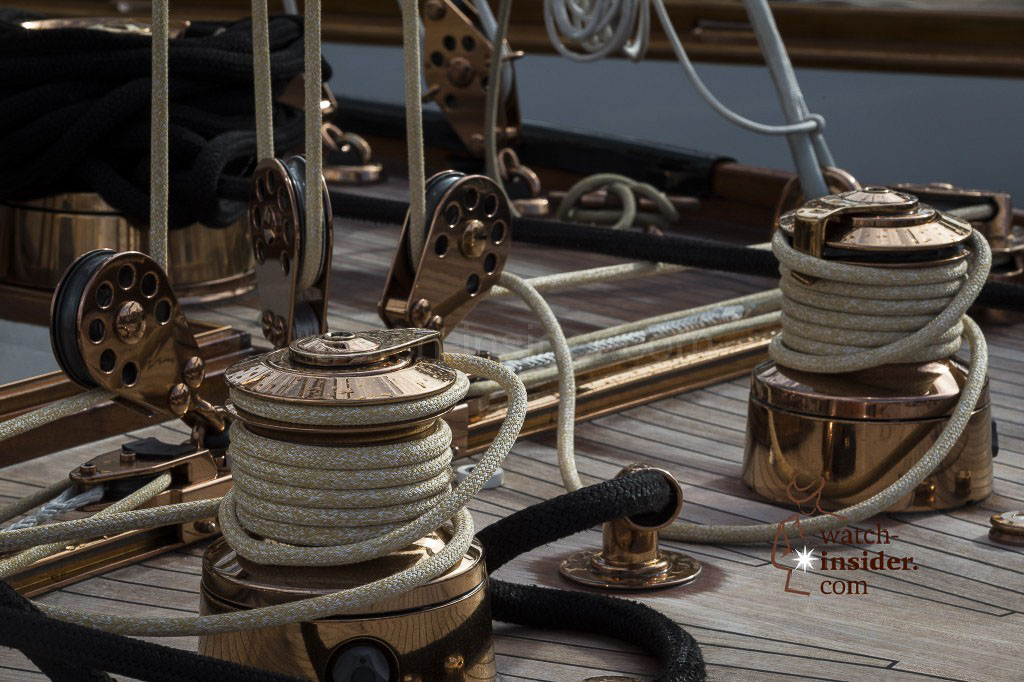 In my eyes today the best Regatta chronograph, since the watch is so simple to use. The remarkable simplicity of using the Regatta countdown function is evidence of the excellence of the technical innovation achieved by the new P.9100/R automatic chronograph caliber, the movement of the new Luminor 1950 Regatta 3 Days Chrono Flyback Titanio.

An orange push-button at four o’clock moves the central orange chronograph minute hand back one minute at a time, until it is at the correct position in relation to the length of the countdown. On starting the chronograph, by pushing the chronograph stop/start button at ten o’clock, the relative hands begin to move, indicating first the minutes and seconds which remain until the start, and then, when the countdown has finished, the time elapsed since the start of the race. The push-button at eight o’clock ends the time measurement, returning all the chronograph hands to zero. Alternatively, if it is operated while the hands are still moving, it activates the return-to-zero (flyback) function of these hands, thus enabling a new time interval to be measured immediately without having to operate the stop and reset buttons.

Believe me many other Regatta chronographs from well-known brands are more difficult to program..

Curious? Have a look at the short movie, it tells you more than thousand words… 🙂

These are the technical specifications of the innovative Regatta watch…

Strap: Panerai personalised rubber strap and trapezoidal brushed titanium buckle. Supplied with a second interchangeable strap, a tool for changing the strap and a steel screwdriver.