This is a real sensation! This is a revolution! Swatch presents mechanical movement consisting of only 51 parts. UPDATE 26.04.2013 08:59 CET

Swatch Group boss Nick Hayek himself presented this watchmaking revolution just some minutes ago. Swatch has developed together with ETA and Nivarox a mechanical movement with date indication that can be produced entirely by robots and/or machines. Everything in the movement can be adjusted and regulated automatically, even the new developed escapement. The movement consists of only 51 parts and has only one screw. This screw fixes the winding devise of the movement, the rotor. Every other part in the movement is welded automatically during the fully automated production of this movement.

Thierry Conus, the head of ETA, told me that it would take only about twenty minutes to produce one entire movement. Swatch will therefore build a new production site in Biel, where the headquarters of Swatch Group are.

The accuracy of the new mechanical movement is stunning. Thierry Conus told me the daily deviation is guaranteed less then five seconds! Wow! The power reserve of the movement is 90 hours. Wow! And the most stunning detail of the entire project is the announced price for that new Swatch with an automatic movement.

I´ll tell you: Nick Hayek told me that he wants to sell the new Swatch for a little more than 100 Swiss Francs. So guys, this is a revolution of Swiss Made watchmaking and it proofs that you can manufacture excellent quality in big quantities also in Switzerland. No need to go to China to find something comparable.

And, there is one more thing to mention. Out there you find so many brands that still have zero competence in manufacturing their own mechanical movements and they all depend on the delivery of movements from ETA and other sources. But these brands do complain all the time about their situation and how difficult and expensive it is to manufacture an own movement. Bullshit! It can be done! You just have to it!

Nick Hayek, together with his engineers and watchmakers, has proofed that everything is possible as long you believe in your capabilities. This is not a question of money, because almost everyone in this industry has the money to that.

The Swatch Sistem51 is scheduled to come to the markets in October this year. No press kit was given to anyone, but took pictures of a prototype Nick Hayek was wearing today. So you are among the very first ones to see this new Swatch with automatic movement.

This is Nick Hayek the boss of Swatch Group …

And this is his new baby: The Swatch Sistem51, with an automatic movement  … 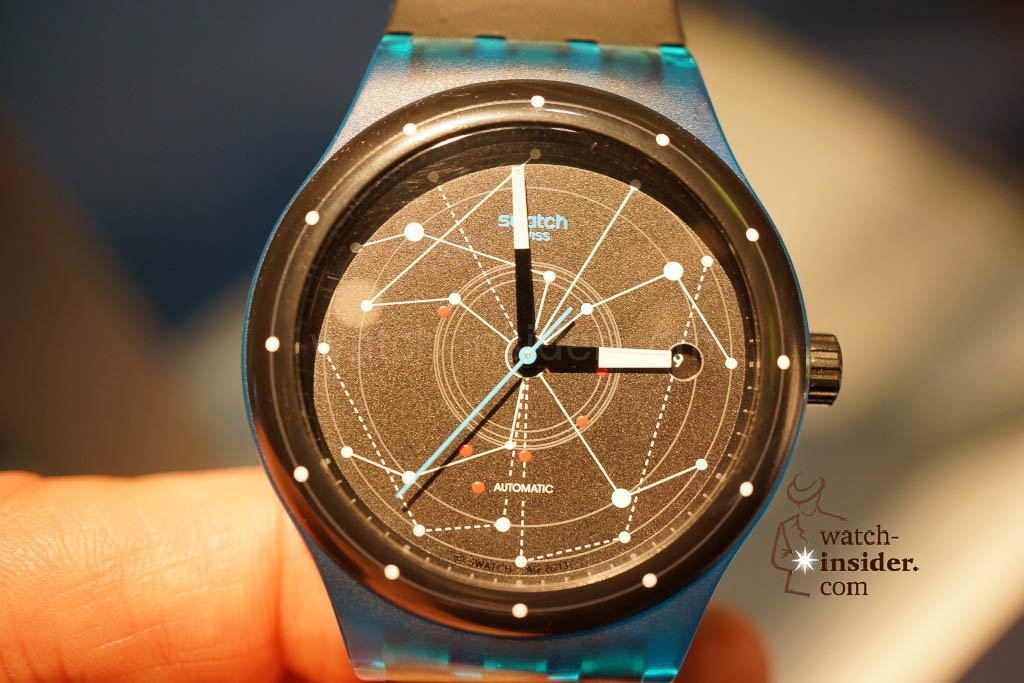 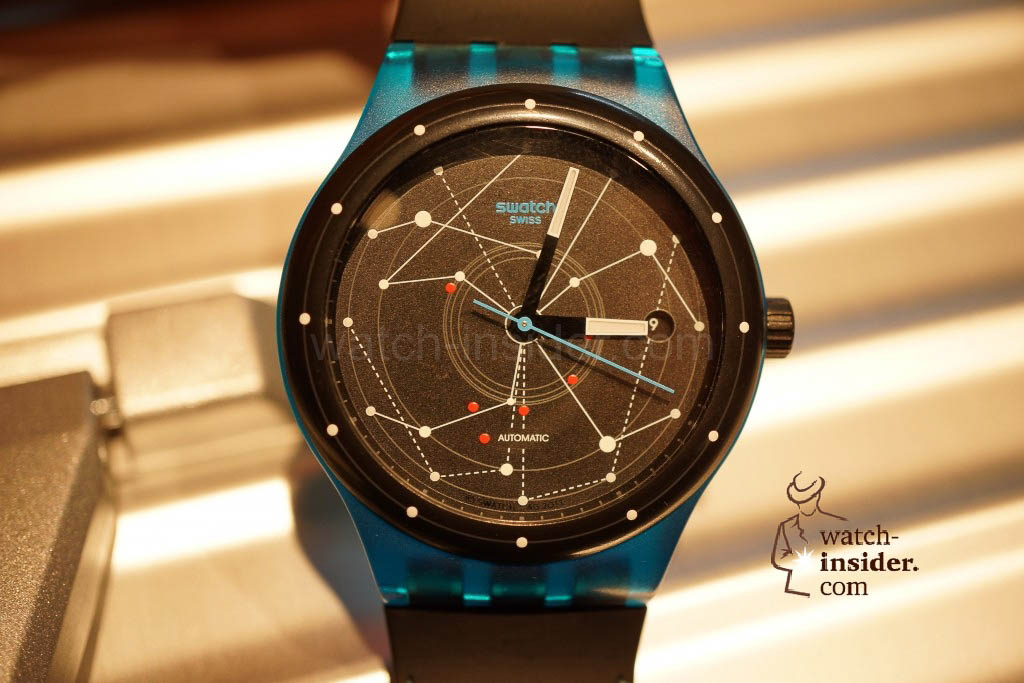 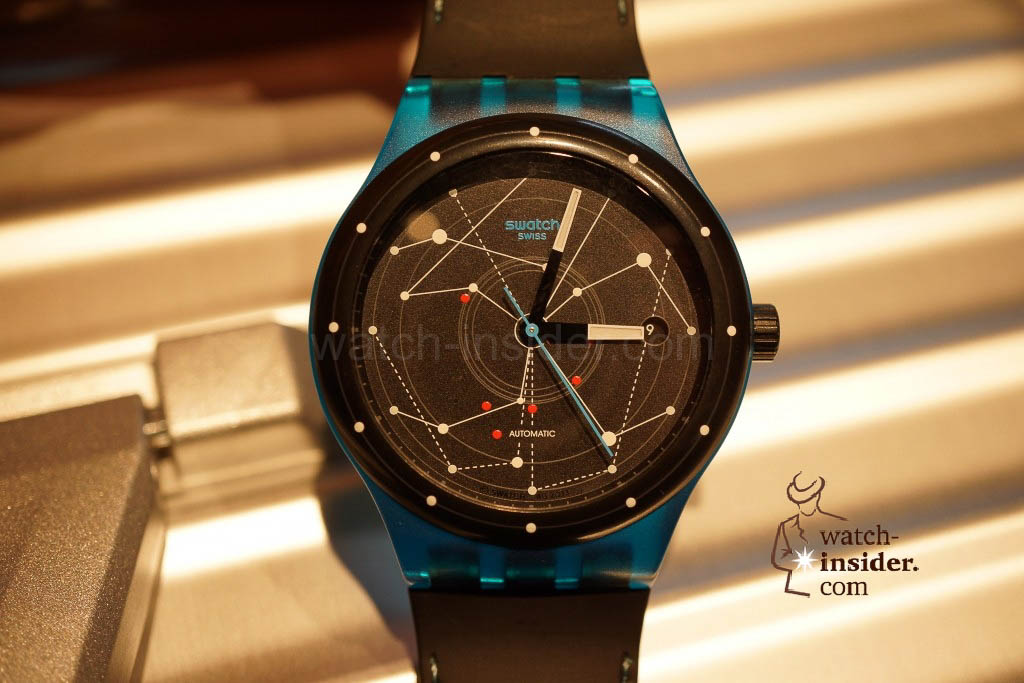 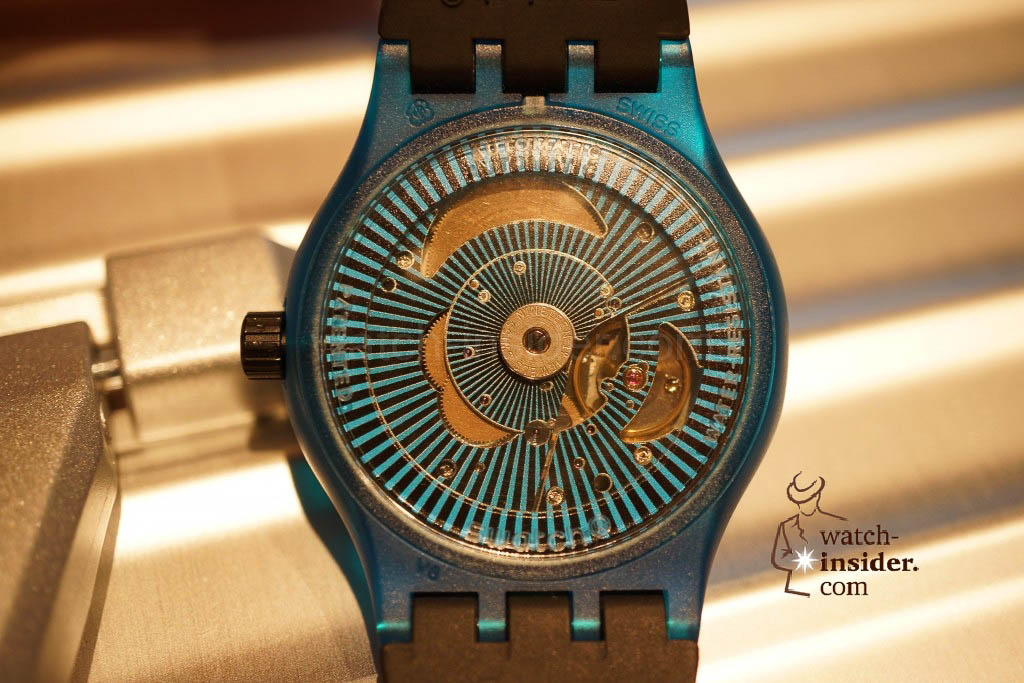 You can not see the winding rotor, because it is transparent, so you can see through it. The purpose is of course to have the possibility to color the movement. The weight of the rotor is at its outer part. The power reserve is 90 hours!

And this is just one style. Swatch-like the new Sistem51 will appear in various designs in the future …

Swatch Group CEO Nick Hayek welcomed journalists from more than 30 countries to “Planet Swatch”, the brand’s new two-story stand at Baselworld 2013, where he announced “SWATCH SISTEM51”, an automatic (self winding) mechanical movement destined for a new line of Swatch watches to be launched in October of this year. Nick Hayek began by reminding his listeners of the severe crisis and loss of jobs in the Swiss watchmaking industry that preceded the 1983 launch of Swatch. The technologically innovative 51-component quartz movement introduced by Swatch at that time was designed to deliver Swiss made quality at a price affordable for millions: its unprecedented success set the stage for the recovery of the industry and the later success of Swiss luxury brands today.

Nick Hayek relayed current industry wisdom that it is “too expensive” to produce low-end, Swiss made watches in Switzerland, then introduced Swatch SISTEM51. An automatic movement developed by Swatch with the assistance of many other Swatch Group companies, SISTEM51 introduces unprecedented innovation in watch design, materials and assembly.

The movement consists of 51 components that form 5 modules welded into a single unit centred on a single screw: assembly takes place on a fully automated assembly line. Swatch Creative Director Carlo Giordanetti presented the cosmic, Copernican design concept, which takes advantage of the modules’ printable surfaces to extend the reach of graphics and colour to the depths of the movement itself. Illustrations of the first three SISTEM51 models, to be launched in October 2013, underlined the innovative character of the concept.

Thierry Conus, Head of the SISTEM51 Development team at ETA, noted that the many technical innovations were of such reach that applications had been filed for 17 new patents. Nick Hayek was quick to point out that SISTEM51 is “100% Swiss made”, and that the thinking process leading to many of the innovations and the revolutionary new movement will likely find application elsewhere in the watch industry and beyond.

On a final note, Nick Hayek returned to the claim that it was allegedly “too expensive” to produce entry-level automatic movements in Switzerland: the new SISTEM51 models will be priced within the usual Swatch range. He expects to sell “millions” of SISTEM51 Swatch watches around the world.