Gross sales for the Group increase to CHF 8 817 million, a plus of 8.3% over the previous year, despite negative exchange rates.

Benchmarked to the 1.8% export growth for wrist watches of the Swiss Watch Industry at the end of November, in 2013 the Swatch Group Watches & Jewelry (excluding production) grew by more than 10%, and including production by 8.6%.

Commentary on Gross Sales
With its 20 brands, the worldwide leader in the watch sector grew by a further 8.3%, generating record sales of CHF 8 817 million in 2013, despite the extremely adverse currency situation. The major growth factors were the strong brands and the extensive distribution and retail network. As a result, Watches & Jewelry generated a sales growth of over 10%; including production, this segment increased gross sales by 8.6% to CHF 8 532 million. In comparison, export of wrist watches for the entire Swiss Watch Industry increased by 1.8% to the end of November 2013. This clearly indicates the gain in market share by the Swatch Group. In production, specific capacities have been expanded and put into operation. Additional increases in capacity are either in the planning phase or already under construction.

The ongoing over-valuation of the Swiss Franc, particularly against the USD and JPY, negatively impacted Group results versus 2012. In the second half of the year, the negative effect on sales due to exchange rates was over CHF 100 million. In addition, the over-valuation continued to put pressure on prices in the Electronic Systems segment, which closed with gross sales of CHF 299 million, a decrease of 3.9% versus the previous year.

Despite this negative currency situation, the Group expects good results for 2013 at operating profit and net income level.

The Group’s key figures will be published at the latest on 20 February 2014. Publication of the annual report at a media and analysts’ conference on 20 March 2014 is planned.

Based on the strong start by all brands in the first few days of January, dynamic growth is expected for the entire year 2014. 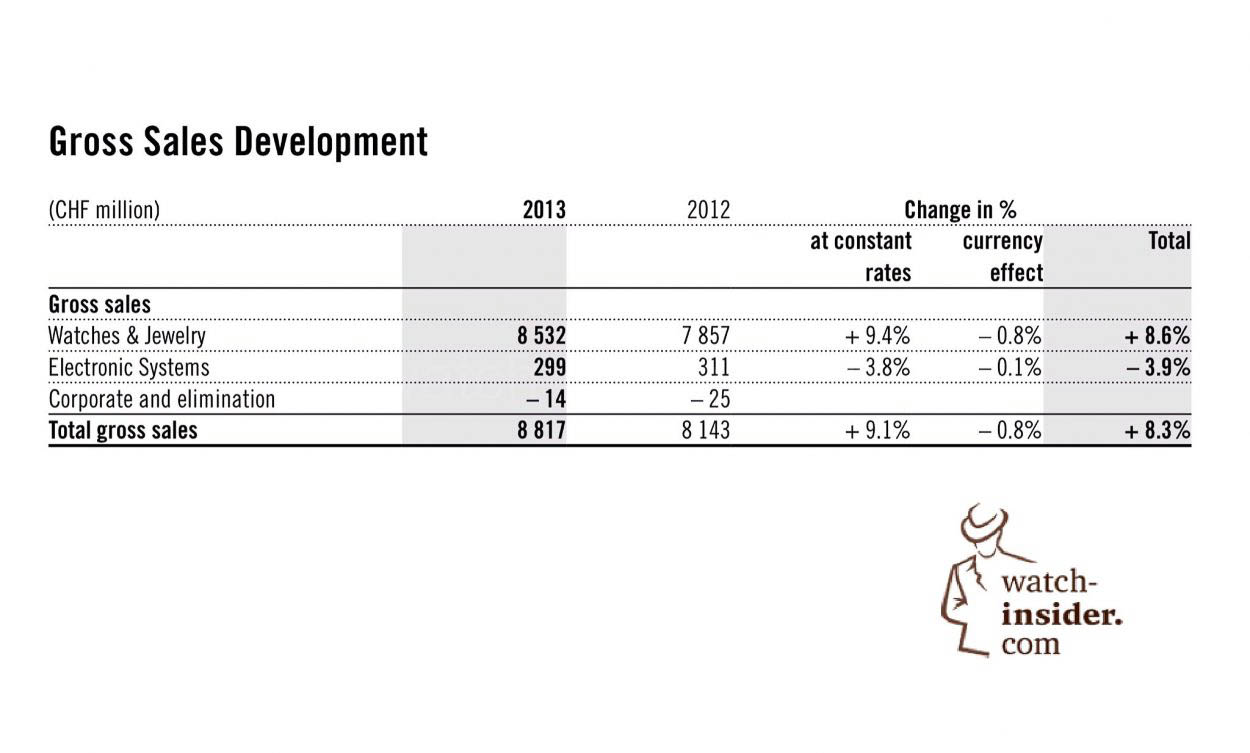 Written By
Alexander Linz
More from Alexander Linz
In the autumn 1996 the Chopard Manufacture was officially born in Fleurier. This...
Read More