The partnership between Ulysse Nardin and the United States Navy began in 1905, when the Washington Naval Observatory organised a competition for ‘Precision Torpedo Boat Timepieces’. The goal of the competition was to supply the U.S. Navy with the best available on-board chronometers. These high-precision timepieces, given to superior naval officers, were meant to provide the torpedo boats with an hour of reference as accurate and reliable as those on the largest naval vessels. Ulysse Nardin won the competition several years in a row and therefore became the official supplier of the American Navy.

As a tribute to this long-standing partnership, Ulysse Nardin recently launched the new Marine Torpilleur Military U.S. Navy as a limited edition of 173 pieces – which is also the number of years that have passed since the Swiss brand’s founding date. 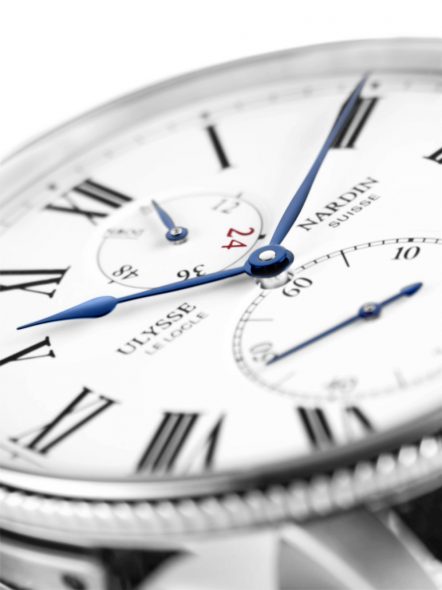 The case, in polished and satin stainless steel, measures 44mm and features a fluted steel bezel. The Marine Torpilleur Military U.S. Navy has an AR-coated sapphire crystal and is water resistant to 50 meters. The caseback is laser engraved with “U.S. Limited Edition” and the “Semper Fortis” motto, which translates to “always strong”, the U.S. Navy’s motto. Movement is the Swiss automatic Ulysse Nardin in-house caliber UN-118 with 25 jewels, 28,800 vph and a power reserve of 60 hours which is displayed through a sapphire crystal case back. The watch is COSC-certified as a chronometer. 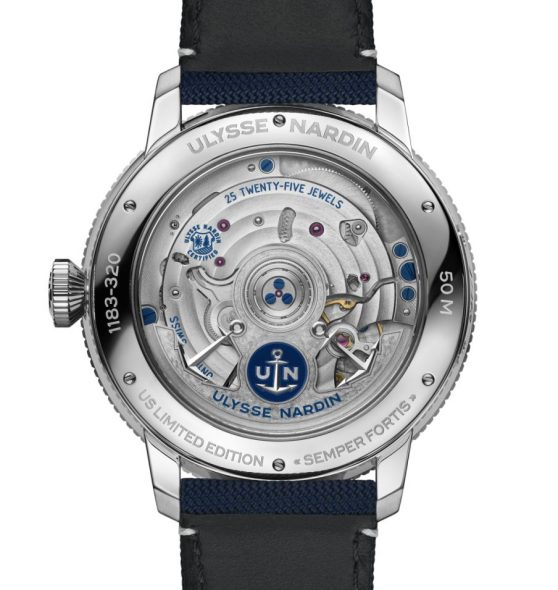 The white dial features blued steel hands and black Roman numerals. The “24” written in red on the power reserve indicator marks a direct reference to the warning system on the original marine chronometers, which let sailors know that only 24 hours of power reserve remained and that the watch needed to be rewound immediately. Priced at USD 7,900, the Ulysee Nardin Marine Torpilleur Military U.S. Navy comes on a blue Sailcloth strap with white stitches and a steel deployant buckle 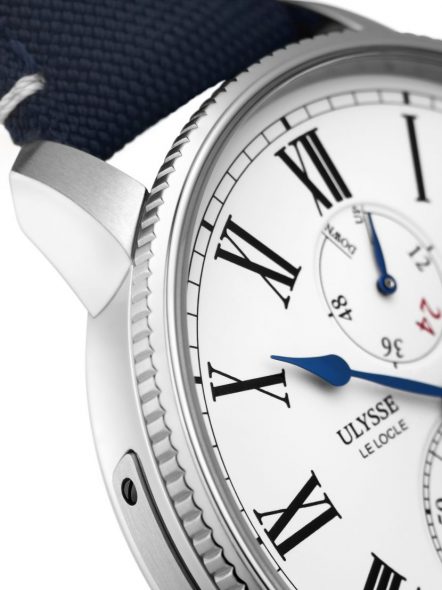 Written By
Watch-Insider
More from Watch-Insider
The new Diver 42mm “three-hand” fleet reinforce the relaunch of the Ulysse...
Read More