Welcome the Classico Zheng He, a stunning new enamel timepiece. Proving once again that preserving tradition while shaping the future of watchmaking is the Ulysse Nardin way. Saluting the fascinating world of Chinese maritime history, Ulysse Nardin honors the Zheng He Treasure Boat in its new Classic Collection limited-edition enamel cloisonné timepiece. The Chinese Treasure Boat (or Bao-Chuan) was a type of large wooden ship in the fleet of admiral Zheng He, the renowned explorer and mariner, who led seven incredible voyages during the early 15th-century Ming Dynasty. 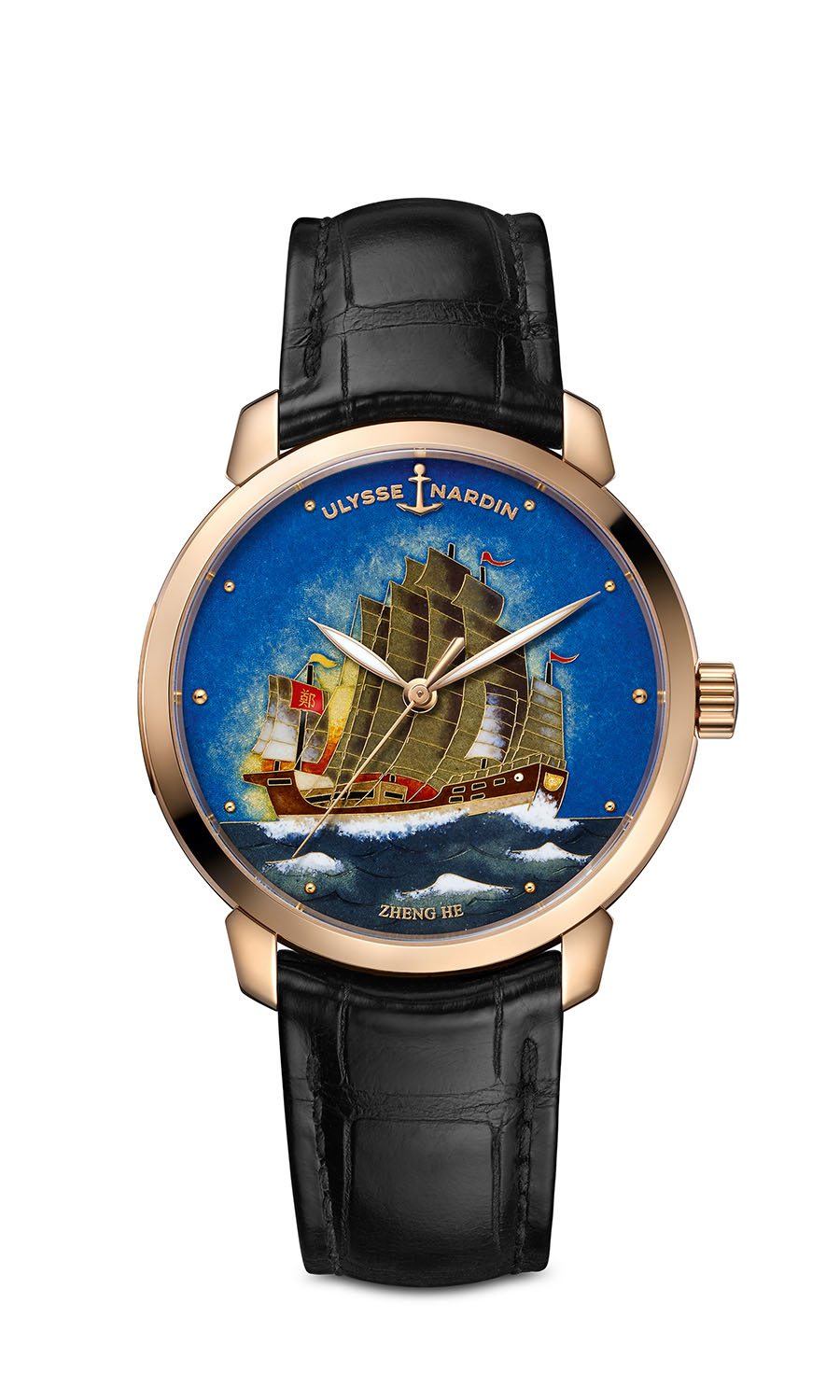 These massive ships were 137m long and 55m wide. With no less than nine masts and four decks for up to 500 crew as well as cargo. While they were few in number, Zheng He’s voyages covered extensive territory. Traveling through Southeast Asia to faraway Africa and Arabia. With a fleet numbering hundreds of ships and crews of around 30,000 men, his was easily the biggest maritime expedition of that time. Between 1405 and 1433, Zheng made a total of seven voyages. In total visiting 37 countries which is an incredible achievement.

To accurately portray the appearance of the Zheng He Treasure Boat, Ulysse Nardin called upon its enamel specialists Donzé Cadrans for the intricate enamel cloisonné technique so valued by collectors. In this very ancient art form which dates back to the early 4th century. Craftsmen employ fine gold wire to create the compartments within which the enamel is carefully deposited. Every cloisonné dial involves immense effort and patience, requiring 50 hours of artisanal expertise and 26 separate processes to bring a scene to vivid life. 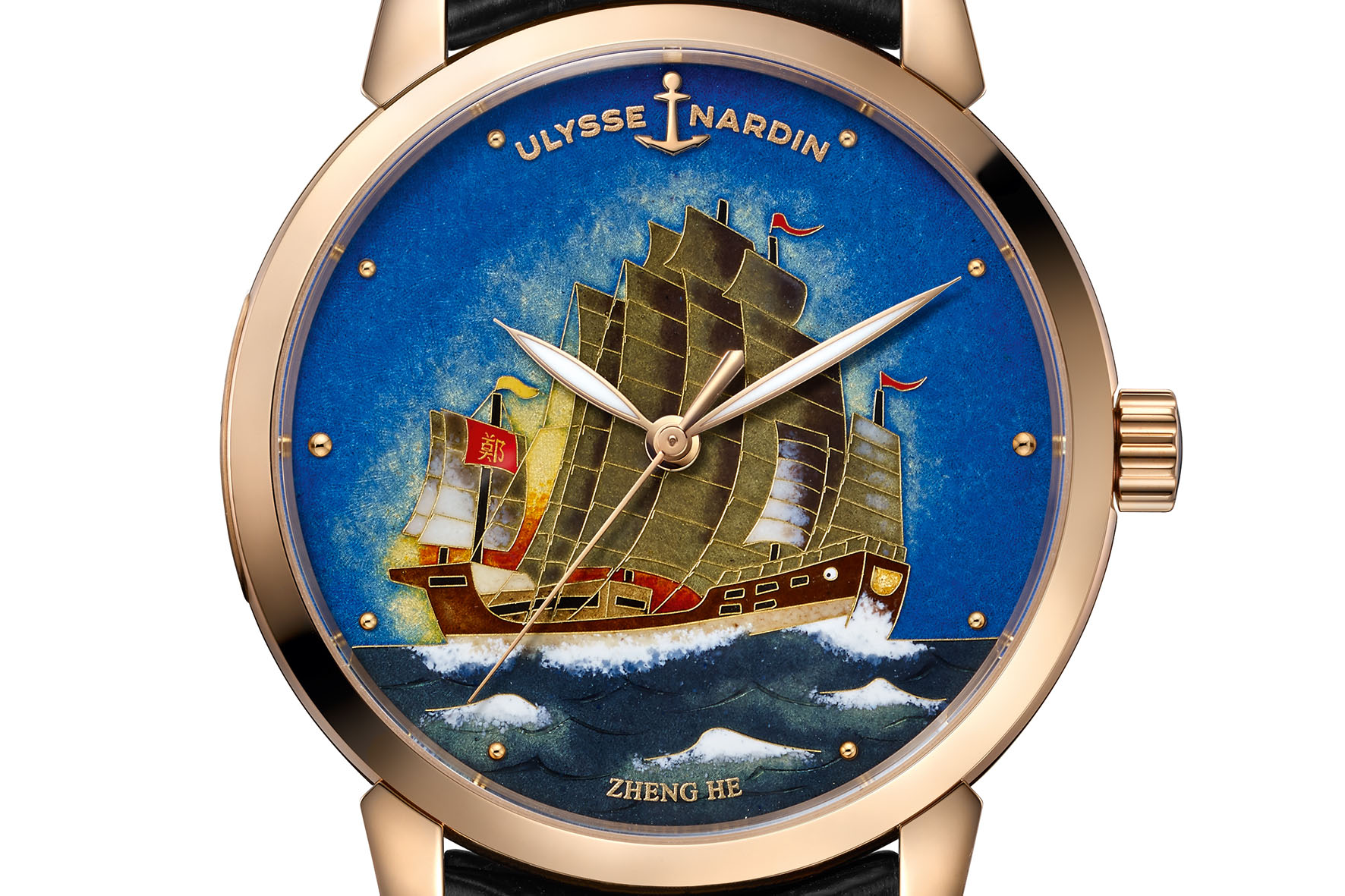 Handcrafted from 18-karat rose gold and powered by the self-winding UN-815 COSC-certified movement, this Classic Collection timepiece boasts the characteristic accuracy of every Ulysse Nardin mechanical watch. It reveals reliability too, with a 42-hour power reserve and a 40mm dial that is water resistant to 50 meters.