Since 1963, STOWA successfully produces professional sports and diving watches. The resulting watches have been various over the last decades. Especially during the 1970s, STOWA designers have been very active. Exceptional watches with crazy colors were created. Since Jörg Schauer’s takeover of the brand, the company’s aim is to continue tradition with care but also to modernize the watch models – resulting in new sport watch Seatime (waterproof up to 300 meters) and diving watch Prodiver (1000 meters waterproofness). Former design features have been edited and adapted carefully without destroying the DNA of the watches. 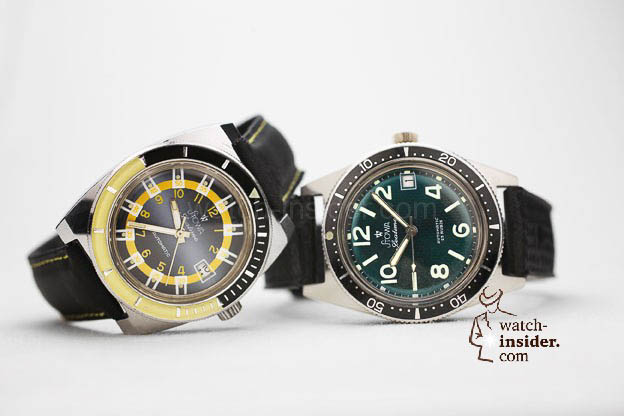 Specifications.
The Prodiver in the Titanium case is waterproof up to 3300ft, featuring a helium valve, screw down crown and rubber or metal bracelet and is available in many different dial- and handcolors.

Award winning.
In the last years the Prodiver collection was very successful and won a few watch awards. In 2013 the Prodiver orange, in 2014 the Prodiver black with green hands and in 2015 the limited Seatime Black Forest were the most favorite diverwatches.

NEW. 2016. Prodiver Blue Limited.
This year STOWA presents a new model, called Prodiver Blue Limited. Only 200 pieces will be built. The watch is made with a dial in the favorite STOWA blue color, and of course the automatic Swiss  movement is housed in a massive and very strong Titanium case.

Past. Today. Future.
STOWA Sportwatches are showing us how it is possible to archive the past, keeping the DNA of the model and still be inspired to design something new for the future. 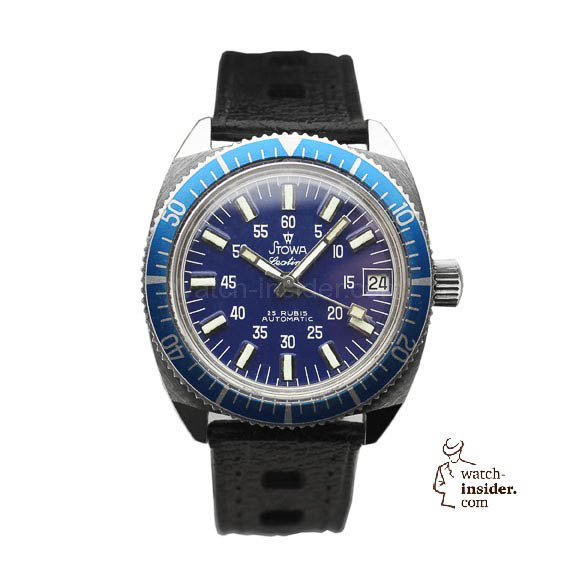