Hublot is the official football games master. Are you ready to feel the passion?

Hublot declares its love of the beautiful game. With its reputation as the first luxury brand to invest in the game, Hublot has maintained its status as games master for ten years. As an official partner of UEFA EURO 2016, Hublot is beginning the festivities with a series of portraits. When soccer stars describe their EURO game highlights, Hublot shows them at their prime. This campaign echoes the one created for the FIFA 2014 World Cup in Brazil, which commemorated its team of football superstars with a ball designed by artist Britto. With its slogan “WHAT IS YOUR EURO MOMENT?” Hublot has launched a campaign fit for legends, record-breaking players, from the prestigious clubs and championships of the “Hublot Loves Football” world. 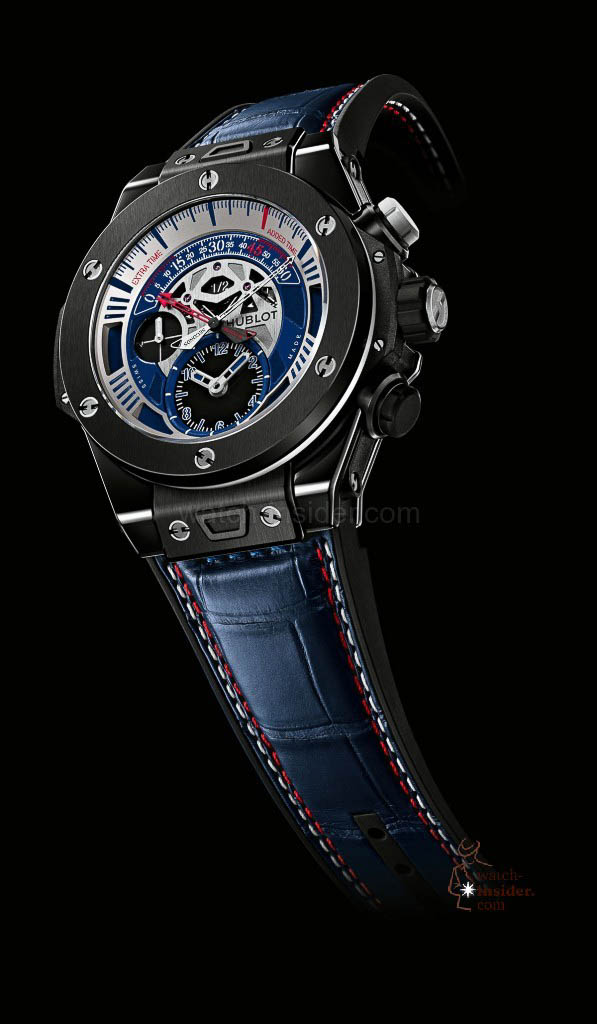 10 years in the word of football, 10 faces for 10 moments that will live forever

Their names are Nicola Rizzoli, Roy Hodgson, Fernando Hierro, Xherdan Shaqiri, Karl-Heinz Rummenige, Luis Figo, Rio Ferdinand, José Mourinho, Lukas Podolski, David Trezegue and Michel Pont. They are emblematic figures of football. Referees, players and coaches that make the world move to the rhythm of a ball. We remember their achievements, the goals they scored, victories from penalty shoot-outs, their demonstrations and their emotional outpourings. The power of victory is boundless, it goes through the screen to fill us with the same rejoicing that sweeps across stadiums during competitions. A force that can unite thousands of people around the world with the same feeling. 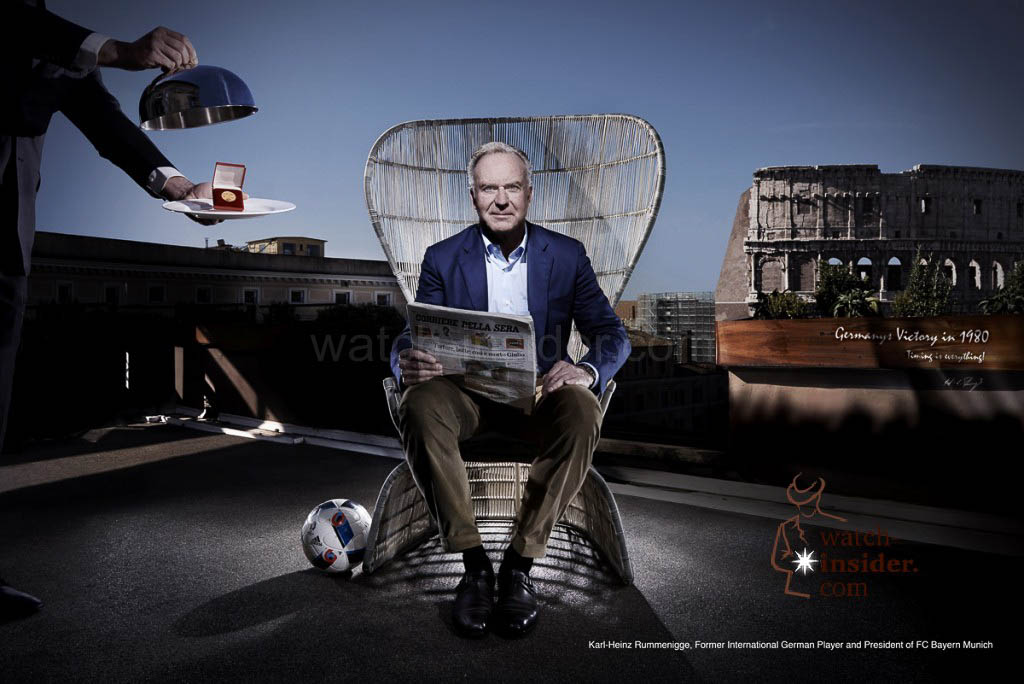 “WHAT IS YOUR EURO MOMENT?” 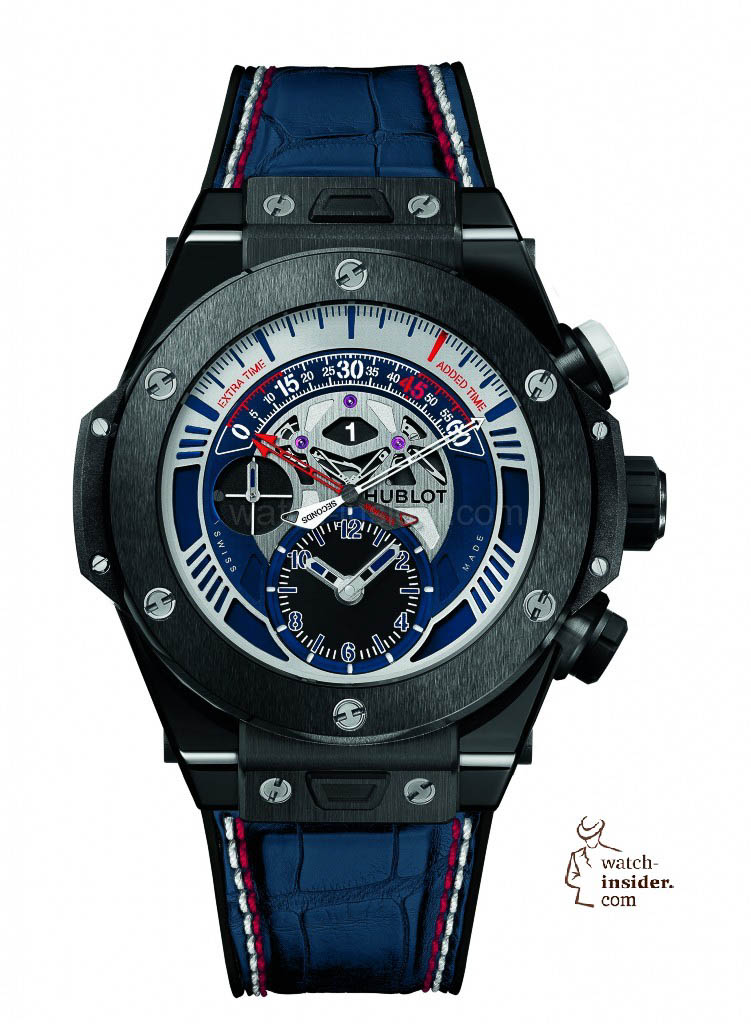 On the occasion of its 3rd EURO participation, Hublot introduces the Official Watch of UEFA EURO 2016™ which will take place in France from 10 June to 10 July 2016. Designed with the football world in mind, the Big Bang Unico Retrograde Chronograph wears the colours of France, the organising country of the 15th edition of the EURO. 100 watches, all in red, white and blue, will be issued. Its 45mm case in black ceramic is fitted with a “One click” interchangeable strap system in blue alligator sewn onto rubber and overstitched with white and red seams. 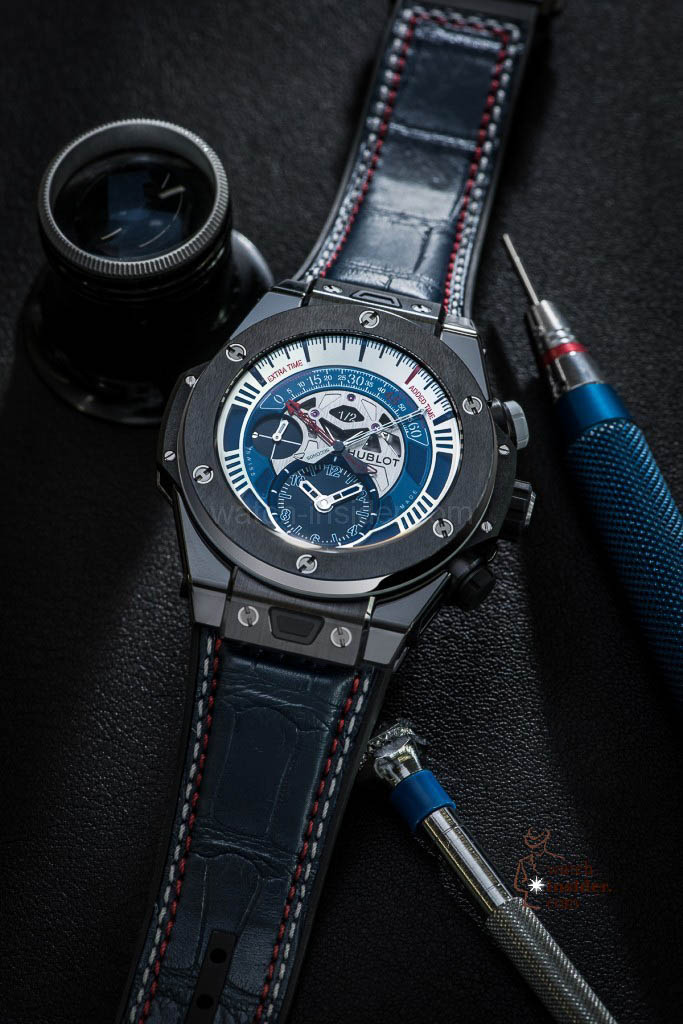 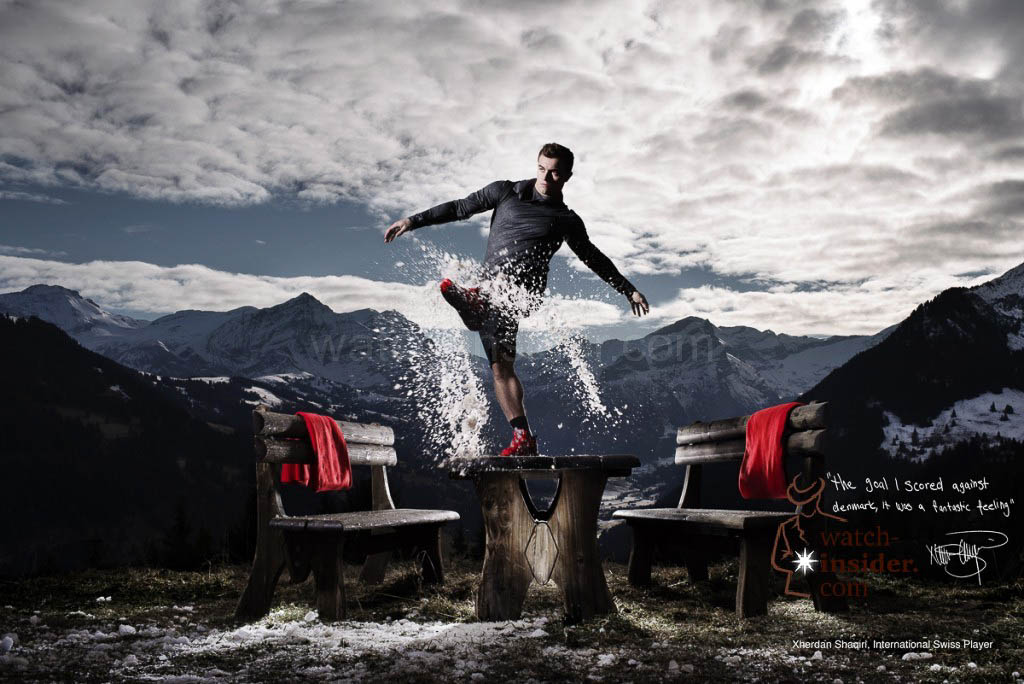