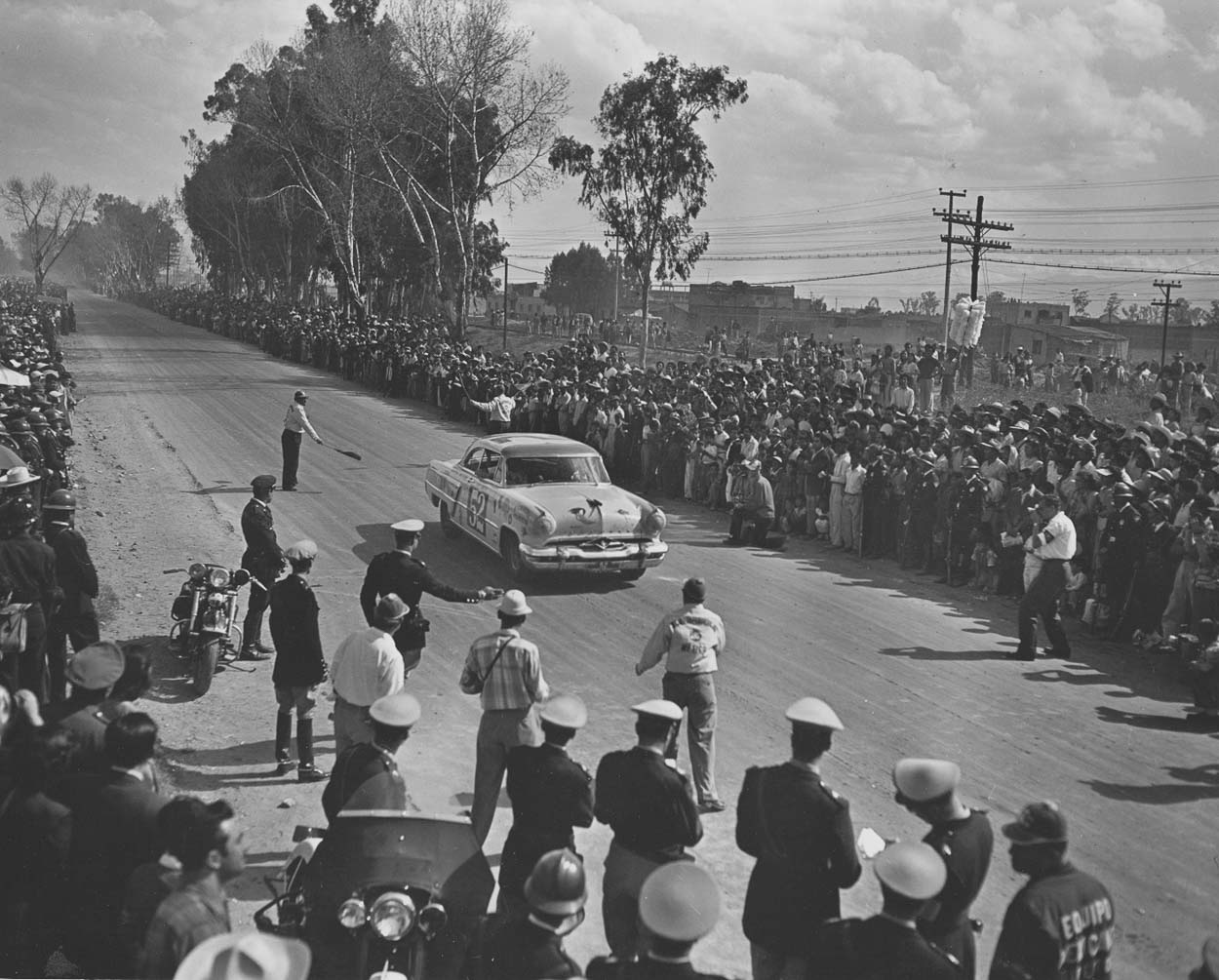 How Jack Heuer launched his first motorsport chronograph in 1963

It’s name alone conjures visions of racecars and rallies: the Heuer Carrera is more intimately associated with auto racing than any other wristwatch. Now this iconic chronograph celebrates its 55th birthday. We tell its story – and the tales of the heroes and triumphs, emotions and dramas that accompanied this chronograph on the world’s racetracks. 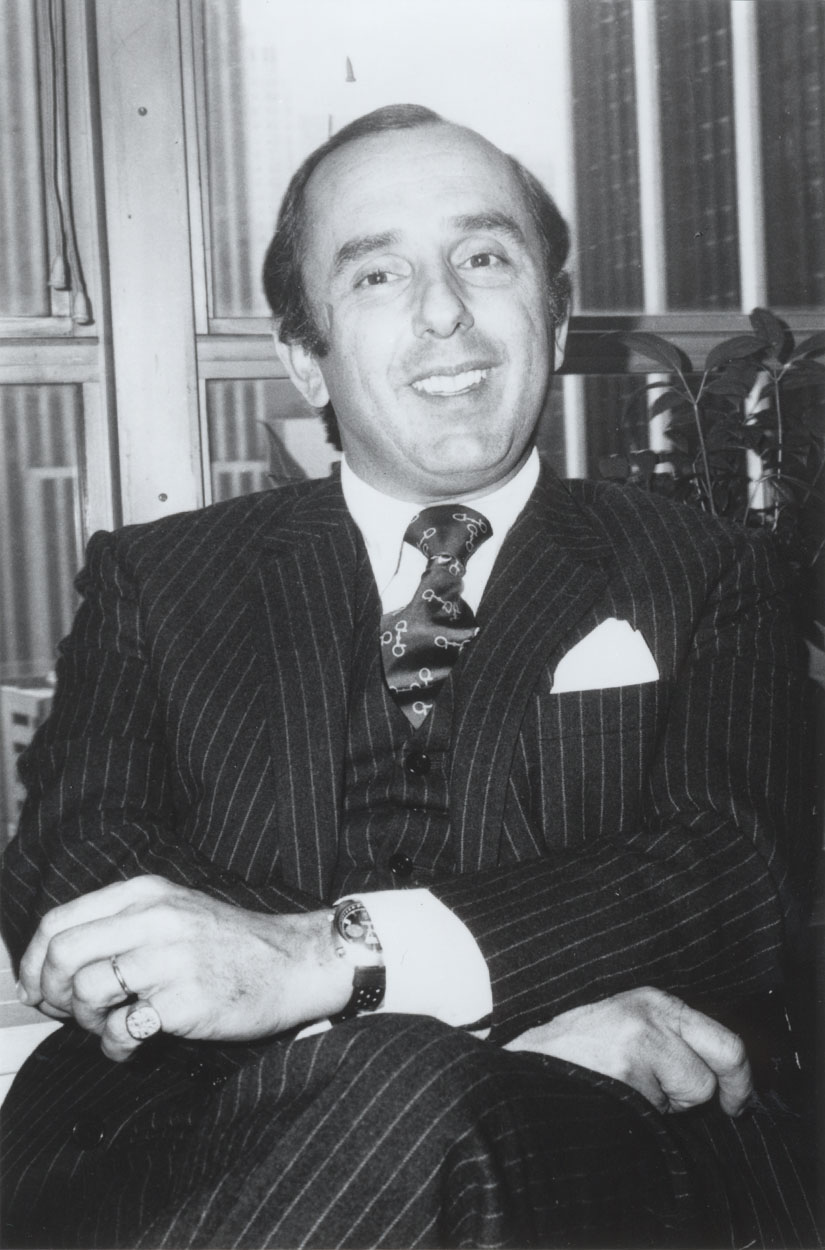 The Heuer Carrera’s story begins in 1963 and thus in an era inspired by faith in technological and global progress. The ink on his diploma in production engineering from the Federal Institute of Technology (ETH Zürich) had scarcely dried when 26-year-old Jack William Heuer joined his family’s business in 1958. Heuer had already traveled extensively, familiarized himself with the American market and enlarged the company’s sphere of activity. He soon began developing his vision for the future of the Heuer business. Long a major name in time measurement for sporting events, the firm built some of the world’s finest stopwatches, time-measuring equipment and chronographs. Timepieces from Ed. Heuer & Cie were deployed at ski and automobile races, and even kept time at the Olympic Games. Jack Heuer was pleased to see that the majority of the participants in the Monte Carlo rally relied on Heuer’s dashboard chronographs. He decided to make this his business’ future. His long-established company would concentrate on what it did best: namely, making chronographs, stopwatches and cockpit instruments. Heuer further reinforced its market dominance by taking over its competitor Leonidas in 1964.

How the Carrera Got Its Name

But before that, Jack Heuer would write a different kind of history with the premiere of the first thoroughbred motorsport wristwatch. Designed to appeal to racecar drivers, the Autavia was the first chronograph that Jack Heuer developed. It debuted in 1962 and, as implied by its name (a hybrid of “auto” and “aviation”), this model also catered to aircraft pilots, who could preset its rotatable twelve-hour ring and thus also read the time in a second time zone. Furthermore, the model remained watertight to a depth of 100 meters, so it was also interesting for divers. The first watch solely for auto racing was the Carrera.

An auto race was the godfather at its birth. Jack Heuer went to Sebring, Florida in 1962 for the twelve-hour race, where – needless to say – Heuer time-measuring equipment was deployed. In his biography The Times of My Life, which is well worth reading, the honorary chairman recalls the casually elegant audience that gathered for this event: professional racecar drivers, automobile aficionados and plenty of unmistakably wealthy spectators. “Important gentlemen amateurs were present too, for example, Augie Pabst from Pabst Brewery.”

The scales suddenly fell from his eyes and he realized that “motorsport enthusiasts were a natural target group for Heuer, both for our wristwatch chronographs and for our rally timepieces.” 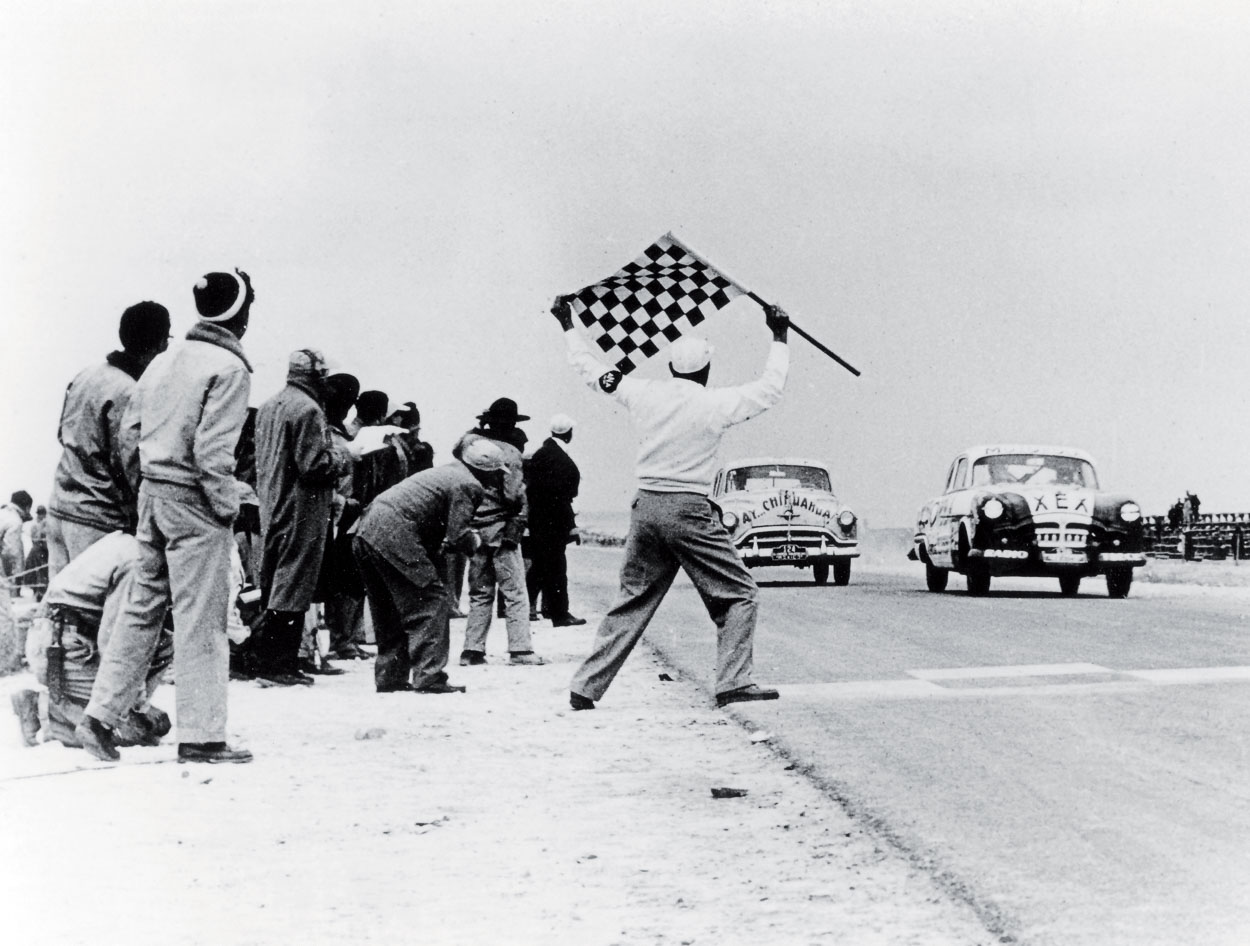 Two Mexican brothers, the Ferrari drivers Pedro and Ricardo Rodriguez, were among the most colorful personalities on the racing scene. It was in their surroundings that Jack Heuer first heard about the Carrera Panamericana rally, a road race which the Mexican government had initiated in 1950 to advertise the Pan-American Highway. 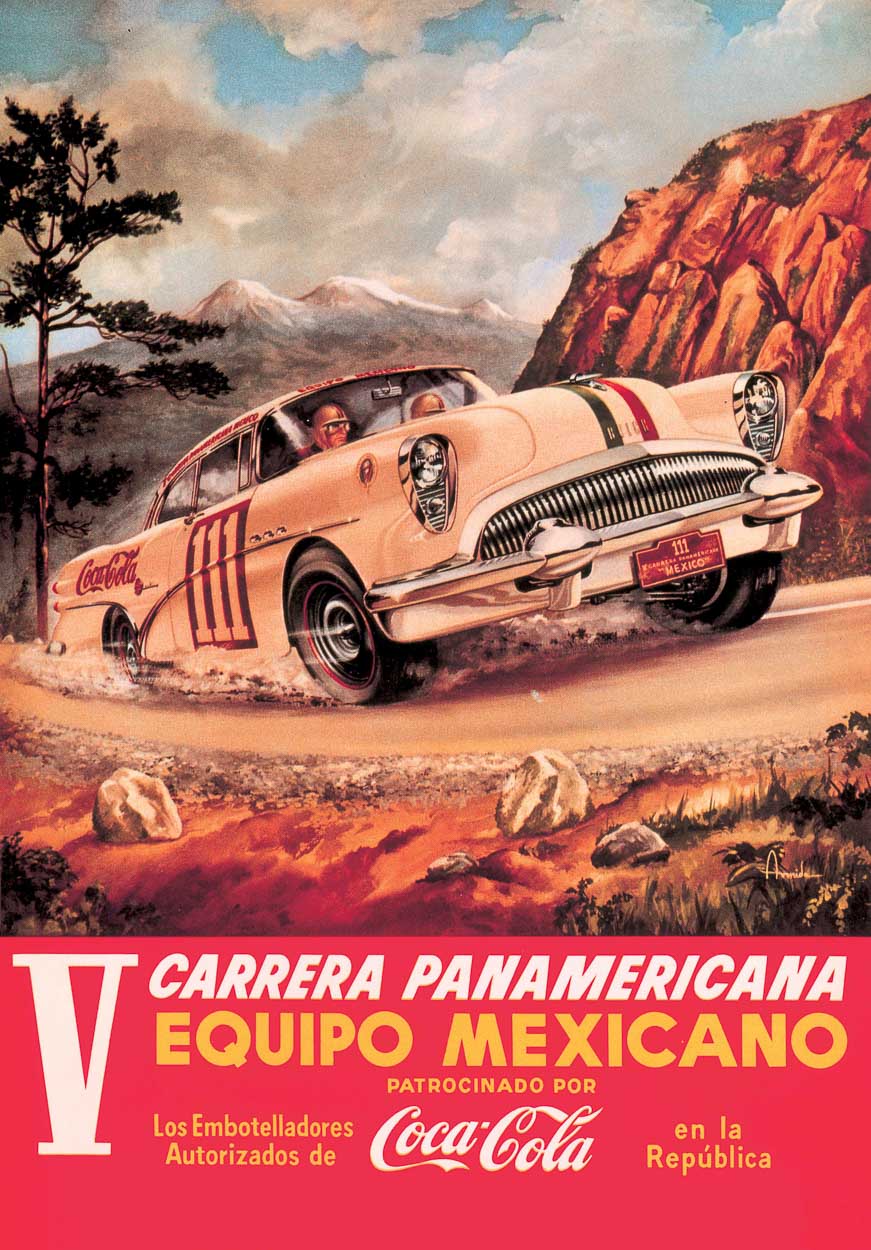 The world’s best teams of drivers competed with one another along this 3,000-kilometer stretch of roadway, which extends from southern Mexico to the US border. But the Carrera Panamericana was so plagued by accidents that the race was discontinued in 1954. 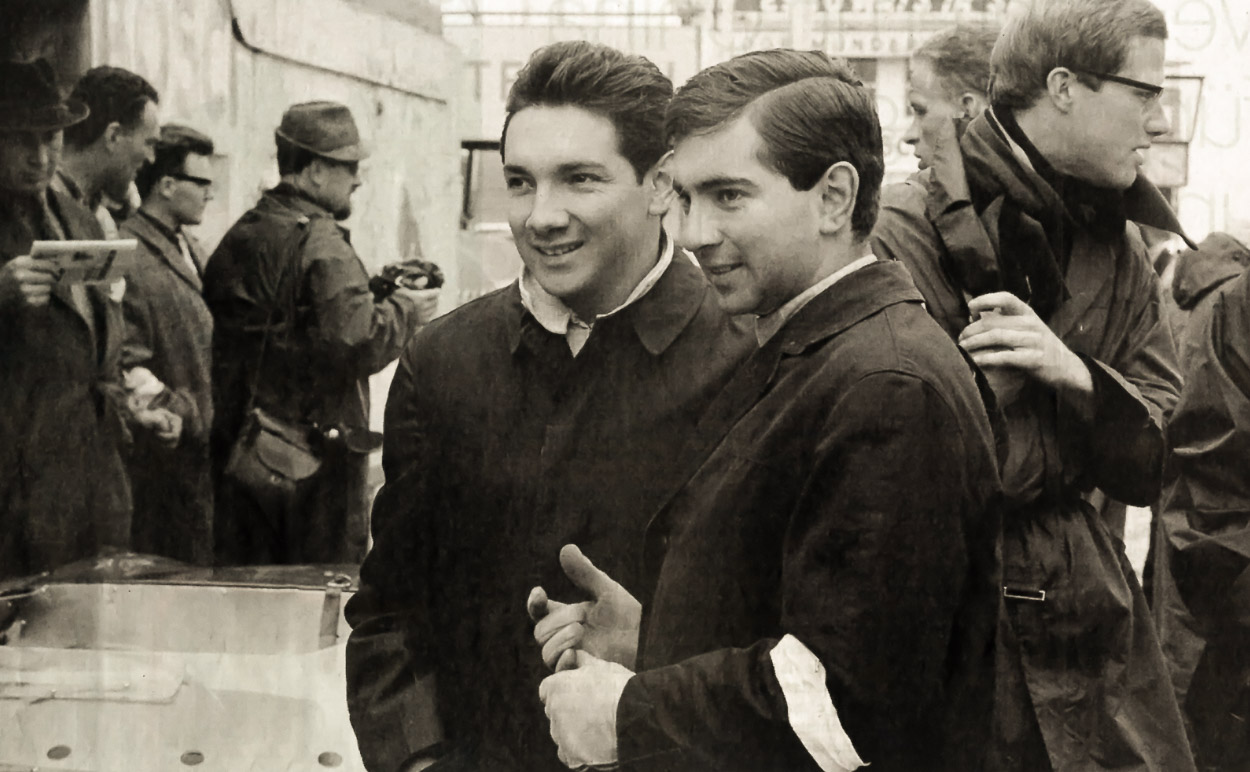 Eight years intervened before its myth was revived in the form of a chronograph. Jack Heuer decided to name his next watch after the legendary rally because “Carrera” not only sounded sexy, but also had many meanings that fit the Heuer brand: “Road, race, course, career – all of these are unmistakably Heuer territory,” Jack Heuer enthusiastically declared. Back in Switzerland, he secured the legal rights to a name that would ultimately become a myth in its own right: “Heuer Carrera.”

The design alone was destined to set new standards. The watch world had never seen a dial as modern, as tidily comprehensible and as readily legible as the face of the Carrera. Jack Heuer, who was responsible for the model’s design, relied on minimalism to achieve this clarity. “We eliminated all inessential extra subdivisions, which resulted in a totally clear, clean and stylistically pure dial.” 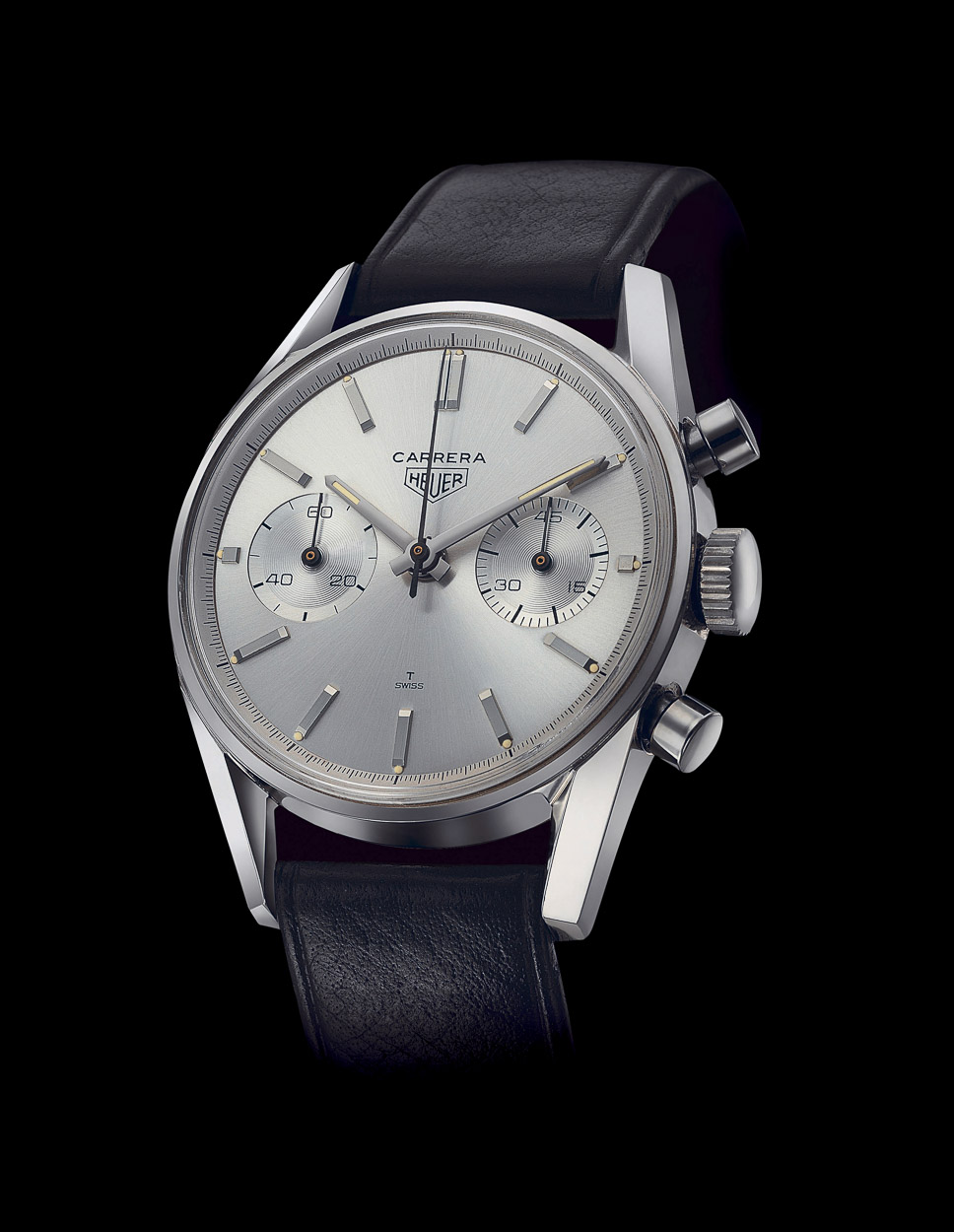 A new technical invention prompted him to conceive an idea that no one had ever imagined before. The innovation was the interior tension ring, which ensured good watertightness by keeping the Plexiglas crystal firmly pressed against the wall of the case. Jack Heuer had the fifths-of-a-second scale printed on the inside bevel of this tension ring, thus eliminating clutter on the dial and simultaneously making the watch look larger thanks to the raised flange along the face’s periphery. 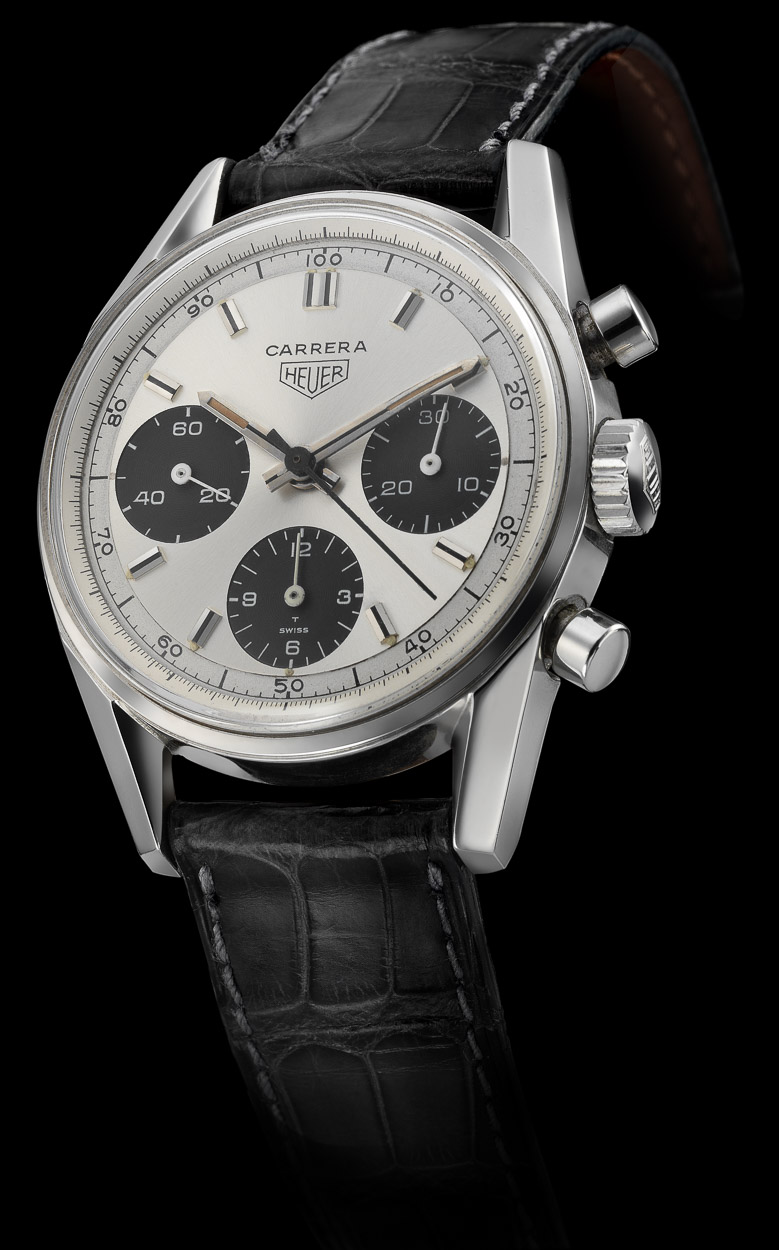 Last but not least, the style that Jack Heuer conceived for the Heuer Carrera also expressed his admiration for modern design. He loved furniture by Le Corbusier and Charles Eames. He liked Oscar Niemeyer’s architecture. And he correctly anticipated that the boom in space travel would further strengthen the trend toward straightforward design.

Especially the early puristic Carrera chronographs with their twin and triple subdials rank among the most handsome watches ever built. Customers’ subsequent requests for a tachymeter scale were granted, which made the dial somewhat more crowded. But the tachymeter was soon repositioned onto the inner tension ring and the fifth-of-a-second scale retreated onto the dial.

The Carrera’s first collection was already a worldwide success. By the mid 1960s, the catalogue already included the Carrera 12, Carrera 45, Carrera Tachy, Carrera Deci and Carrera Black models. A world premiere followed in the mid 1970s with the debut of the first chronograph hosting a digital date display on a printed ring. 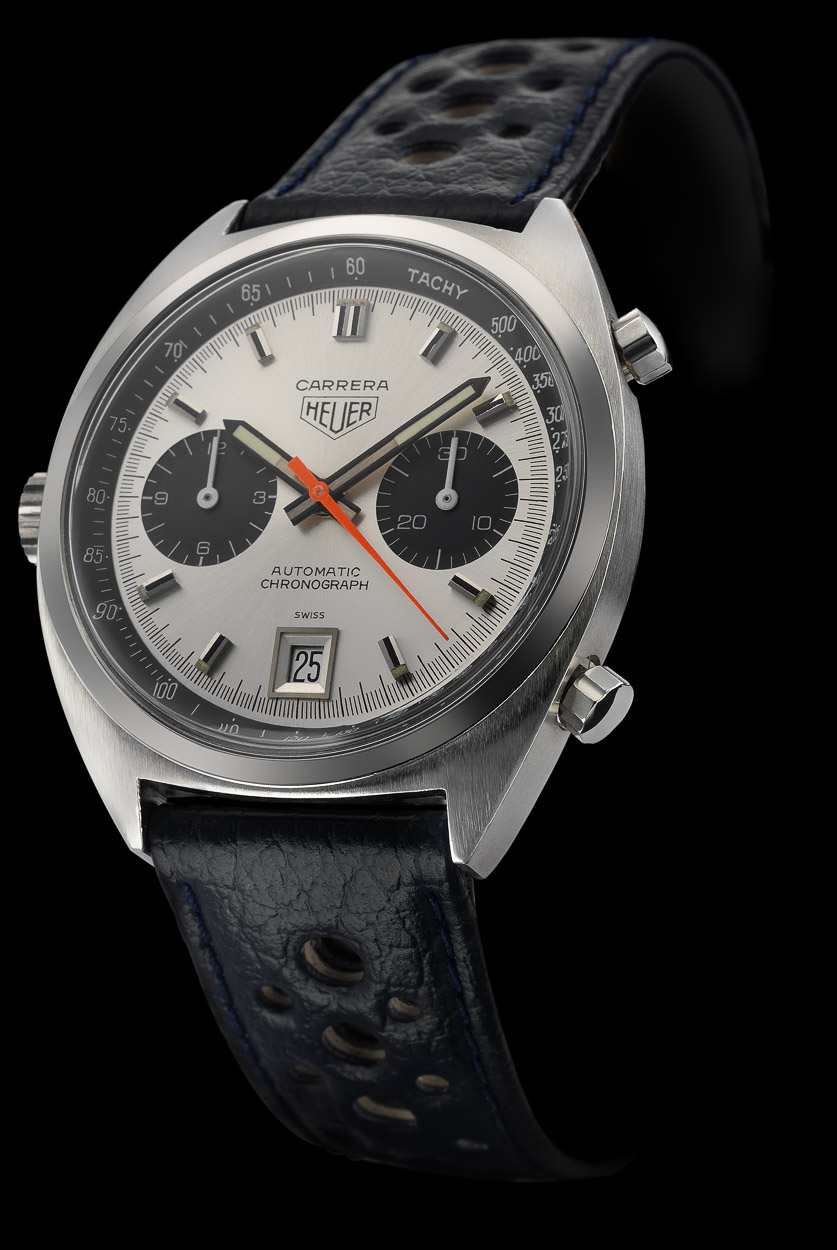 The earliest Heuer Carreras needed manual winding. An automatic caliber for chronographs was not yet available, so Jack Heuer decided to develop one. To finance the necessarily enormous investment, he joined forces with appropriate competitors such as Willy Breitling, as well as Hans Kocher, the technical director of Buren Watch S.A. and Dubois-Dépraz S.A. The Hamilton manufacturer joined this trio later. The unveiling ensued simultaneously in Geneva and New York in 1969, when the illustrious team premiered Calibre 11, the world’s first automatic chronograph movement with microrotor. This pioneering achievement paved the way toward a bright future for Heuer’s chronographs – first and foremost the Carrera – for everyday use and motorsport.

Discover more about the history of the Carrera on the occasion of its 55th birthday. Click here for an overview of the different decades.