Please let me know your opinion and tell me if you see it the same way as I do. You have for sure already seen the new watches; they are part of Tudor´s new effort to gain market shares.

Tudor is an interesting brand with a rich history. Hans Wilsdorf, the founder of Rolex, was a brilliant strategist with a clear vision for the future …

In 1946 Hans Wilsdorf said: “For some years now I have been considering the idea of making a watch that our agents could sell at a more modest price than our Rolex watches, and yet one that would attain the standards of dependability for which Rolex are famous. I decided to form a separate company, with the object of making and marketing this new watch. It is called the Tudor Watch Company.” Hans Wilsdorf who, having created Rolex in the first decade of the 20th century, was already a leading figure in the upmarket Swiss watchmaking world made this announcement on March 6th 1946. It marked the birth of both the Tudor brand and of its production and communications strategy.

If we look even a bit closer, early traces of Tudor and its creations can be found as far back as 1926. The Swiss watchmaking company, “Veuve de Philippe Hüther”, on behalf of Hans Wilsdorf, registered the brand. In 1936, Wilsdorf took it over himself, and went on to found the company Montres Tudor SA in 1946

Hans Wilsdorf’s intuition was as simple as it was ingenious. At that time, the development of wristwatches was in full swing and today’s widespread drive to optimize resources, which is currently behind so many major financial and brand mergers, was still in the far-distant future. The public was ready to recognize and appreciate a product whose technical, aesthetic and functional qualities, as well as its distribution, were guaranteed not by a newcomer on the market, but by the Rolex brand, which had already earned worldwide renown for the high quality of its timepieces.

The year 1952, in particular, saw the launch of the Tudor Oyster Prince, accompanied by a press campaign that was very intense, strong and original for the period. The advertisements not only showed and described the watches, as was customary at the time; they also underlined the qualities of resistance, reliability and precision, complete with both detailed text and illustrations. The latter depicted men at work wearing a Tudor in extreme conditions such as doing strenuous work on a road or in a mine; and not strictly in sports set-tings such as motorcycling, playing golf or horse-riding, which were also effective test situations but far more conventional. These images, together with the by then widely recognized soundness of the product, helped give Tudor watches a style and personality associated with concepts of modernity and reliability, and launched it well beyond the particular context in which it was being shown. It is significant that 30 Tudor Oyster Prince watches were included in the British scientific expedition to Greenland organized by the Royal Navy in 1952. In the wake of its technological triumphs and the success of its image, brought about by its participation in the polar explorations, the Tudor brand in the 1960s became involved in a project to develop a professional underwater watch that could become a piece of official military equipment. 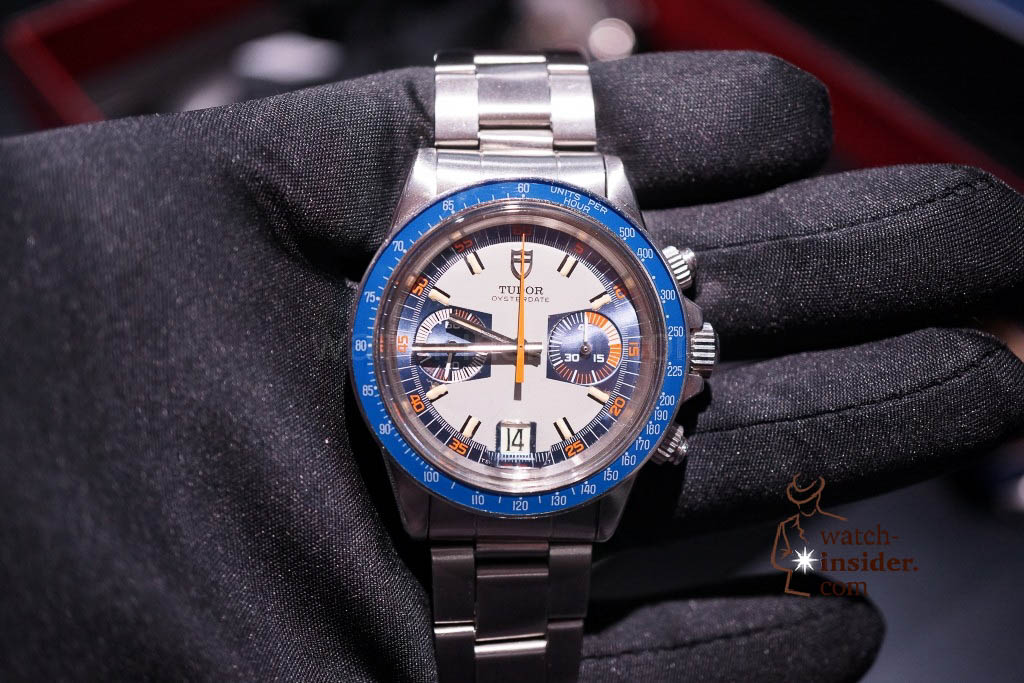 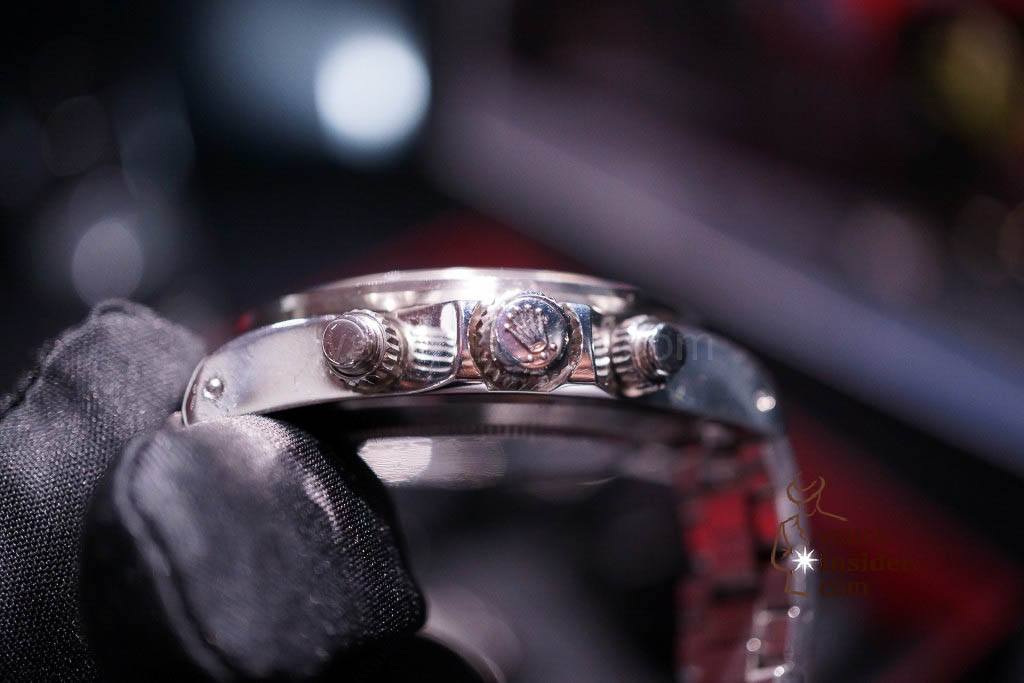 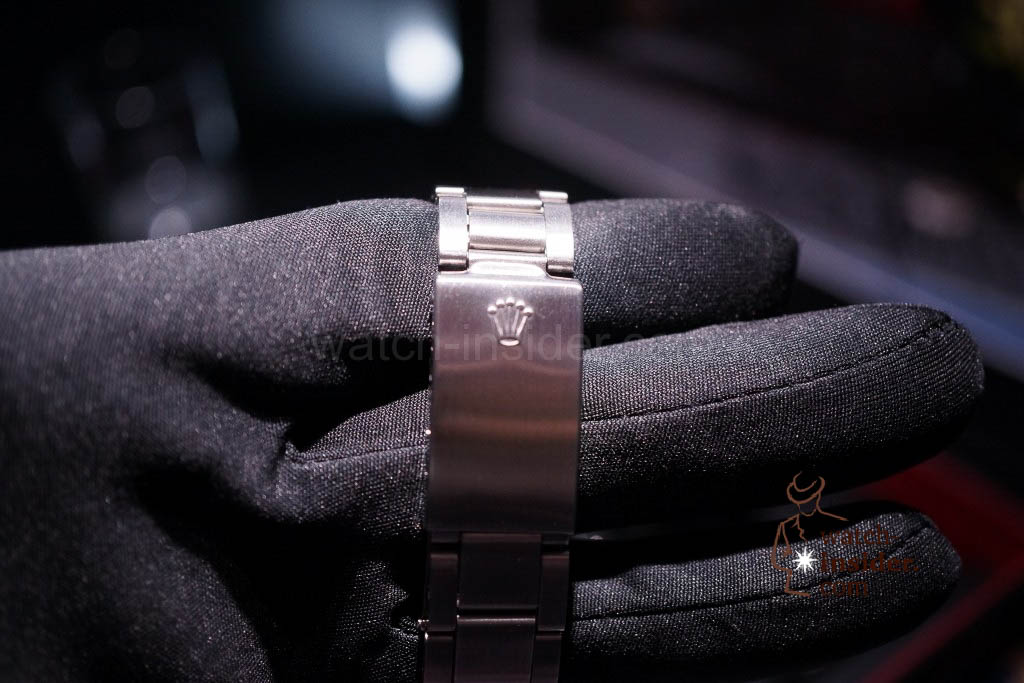 A Tudor Prince Submariner was produced for the US Navy from 1964 to 1966, followed in the early 1970s, and until 1984, by the Marine Nationale model, which was officially adopted by the French Navy. Also in 1970 a model was introduced that stood out for its style and technology: the Tudor Oysterdate Chronograph. And so for Tudor began the era of stylish watches of a more technical design, inspired by professions regarded as dangerous. They were therefore endowed with particular functional features – for example, divers’ models with date or chronograph function – and a style that radiated strength, security and reliability. The people selected for the Tudor Prince Submariner and Tudor Prince Date-Day advertising campaign at the time were not well-known personalities, which made it easier for the public to identify with them. They included rescue divers, mining engineers or rally drivers whose full names 1968 ere given, and who were photographed with their equipment, conveying perfect mastery of their professions. This role is reflected in the Tudor Grantour product line, first introduced at Baselworld 2009, the year that saw a complete rethinking of the Tudor brand, resulting in the new series of watches and the advertising campaign: “Designed for Performance. Engineered for Elegance.” Tudor´s communication thereby displayed a definite shift from the advertising campaigns of the 1980s, which had featured distinctive details from knightly armor in order to express resistance and to emphasize the change in logo from rose to shield. This repositioning of the brand, yet again emphasizing the marriage of performance and style, continues to be evident in the new designs for 2013.

After a hard time where Tudor was almost no longer active on the international markets, the today’s plans are again very ambitious. During Baselworld CEO Philippe-E. Peverelli told me that he plans to sell 250.000 watches in the next years. All Tudor watches are equipped with ETA movements. Today reliable sources tell me that Tudor is actual delivered by ETA somewhat 120.000 movements and 2013 Tudor should get somewhat 140.000 Eta movements. So I doubt that Tudor will be able to grow as quickly as CEO Peverelli wants.

The next question to ask is: Is it the right strategy to build the new Tudor brand on ETA calibers? Or, would it not be much more attractive to have Tudor in-house movements? Rolex could easily design, create and then produce specific Tudor-movements. The R&D department at Rolex is so strong and big, that it would be no problem to take care of the theory; the expertise of the Rolex people to build calibers is so huge that it would be an easy thing to do for them and the financial resources of Rolex are sufficient to finance such a project.

Of course Rolex/Tudor cannot fabricate calibers for the same price as ETA can, but still these Tudor-calibers would give the brand an additional USP. With an ETA caliber the brand is in direct competition with Longines, Tissot, Maurice Lacroix, Oris, TAG Heuer and some others.

So my next question is: What are the real intentions of Tudor? As already mentioned I doubt Swatch Group will ever deliver 250.000 ETA calibers to Tudor. So how can the brand ever achieve the CEO´s goal?

What we all probably don´t doubt is that the Tudor design team has a good taste. The watches are cool they really look good. Also there is no need to doubt the quality of the Tudor watches. You get a very good Swiss made watch for still little money.

What do you think? Please guys write me, I want to get your feedback.

These are pictures of Tudor watches presented in the last years. I like mostly all of them and I would wear the as well. Still with a Tudor in-house caliber they would even be much more attractive 🙂

Written By
Alexander Linz
More from Alexander Linz
You will be amazed! I invite you to discover two marvelous automatic...
Read More